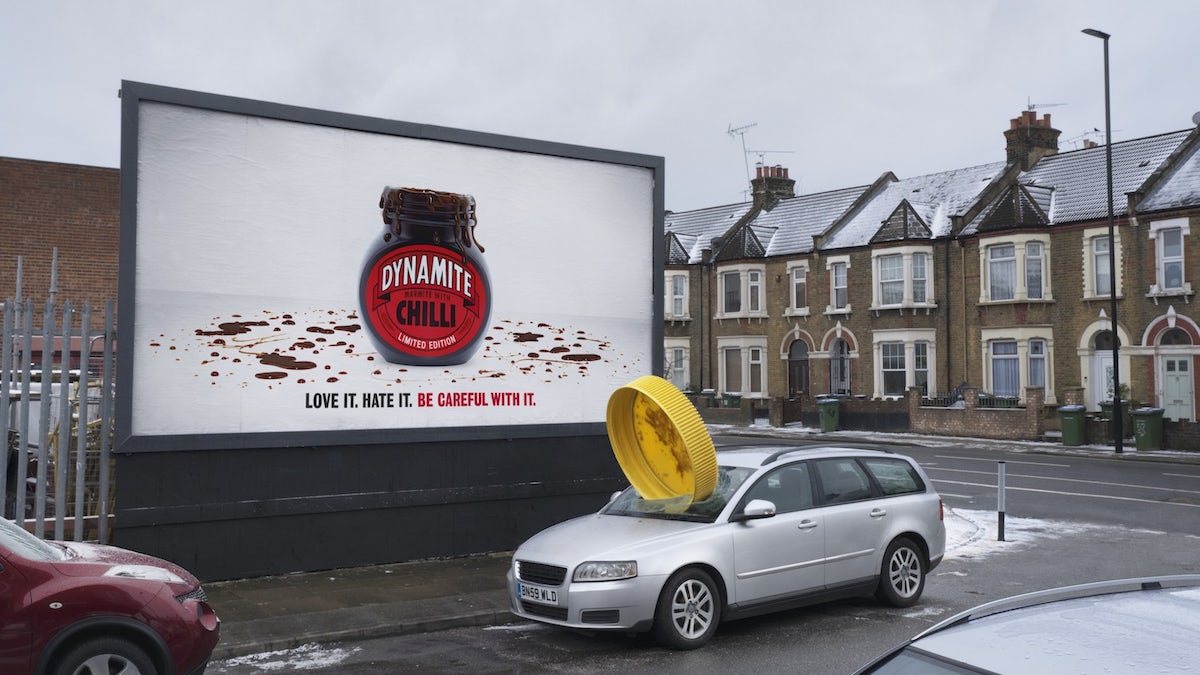 Marmite Dynamite is the latest limited edition of the nation’s favourite salty spread, following a peanut butter version that was released last year. The fiery chilli remix will be on sale in the UK for six months, at Sainsbury’s and online.

To promote the new variety, ad agency adam&eveDDB has created a series of dramatic billboards, which see the lid of the Marmite jar supposedly blown off by its powerful chilli flavouring. The first version, above, showed a lid appearing to explode out of a poster site and into a nearby car windscreen.

Follow up executions will feature huge lids blown skywards and hooked onto nearby buildings and trees. All posters feature a variation on the love it-hate it tagline, which reads: ‘Love it, hate it, be careful with it.’