Illustrator Joe Prytherch – aka Mason London – has built up an impressive client list from across the musical spectrum over the last couple of years, creating album artwork for the likes of Bombay Bicycle Club frontman Jack Steadman in his new incarnation as Mr Jukes, idents for MTV and animated music videos for up-and-coming electronic act Franc Moody with frequent collaborator Crackstevens.

Prytherch’s love of drawing began when he was a kid, until he managed to get his hands on his first computer as a teenager, and became obsessed with teaching himself how to use programs like Photoshop and Flash. By the time he had finished his degree in film studies and got himself a job as a web designer, he was no longer drawing at all.

“It was the work of three illustrators in particular that inspired me to start drawing again about eight years ago. Dust La Rock, who was Art Director at Fool’s Gold Records in New York, So-Me who was Art Director at Ed Banger records in Paris and Parra, who is an illustrator from the Netherlands but has done a lot of work for Stones Throw Records in LA,” says Prytherch. “I was really into their work and excited that they were working in the music industry, which held a long running fascination for me as I’d spent my teen years spending any money I made on CDs.”

While holding down a day job at a digital agency to pay the bills, Prytherch started picking up freelance work for clients including Stones Throw Records, creating an album cover for a compilation of tracks by the late rapper J Dilla. At that point, he coined the illustrator name that he still uses today: Mason London.

“I picked Mason because it was something my flatmate occasionally said instead of ‘mate’. The ‘London’ part wasn’t supposed to be the name but where I was based. At some point someone thought Mason was my first name and London was my surname and I kind of liked it so it just stuck,” says the illustrator. “Plus, my real name is Joe Prytherch and no one would be able to google that.”

Despite being completely self-taught, Prytherch was quickly able to find work that combined his talent for illustration with his love of music. This culminated in him bagging a job as the Art Director of online music platform Boiler Room at the age of just 25. While the brand was gaining credibility for live streaming sets by big name artists and producers ranging from Stormzy to Bonobo and its partnerships with brands like Ray-Ban were giving it financial clout, Prytherch was in charge of all of its creative output. 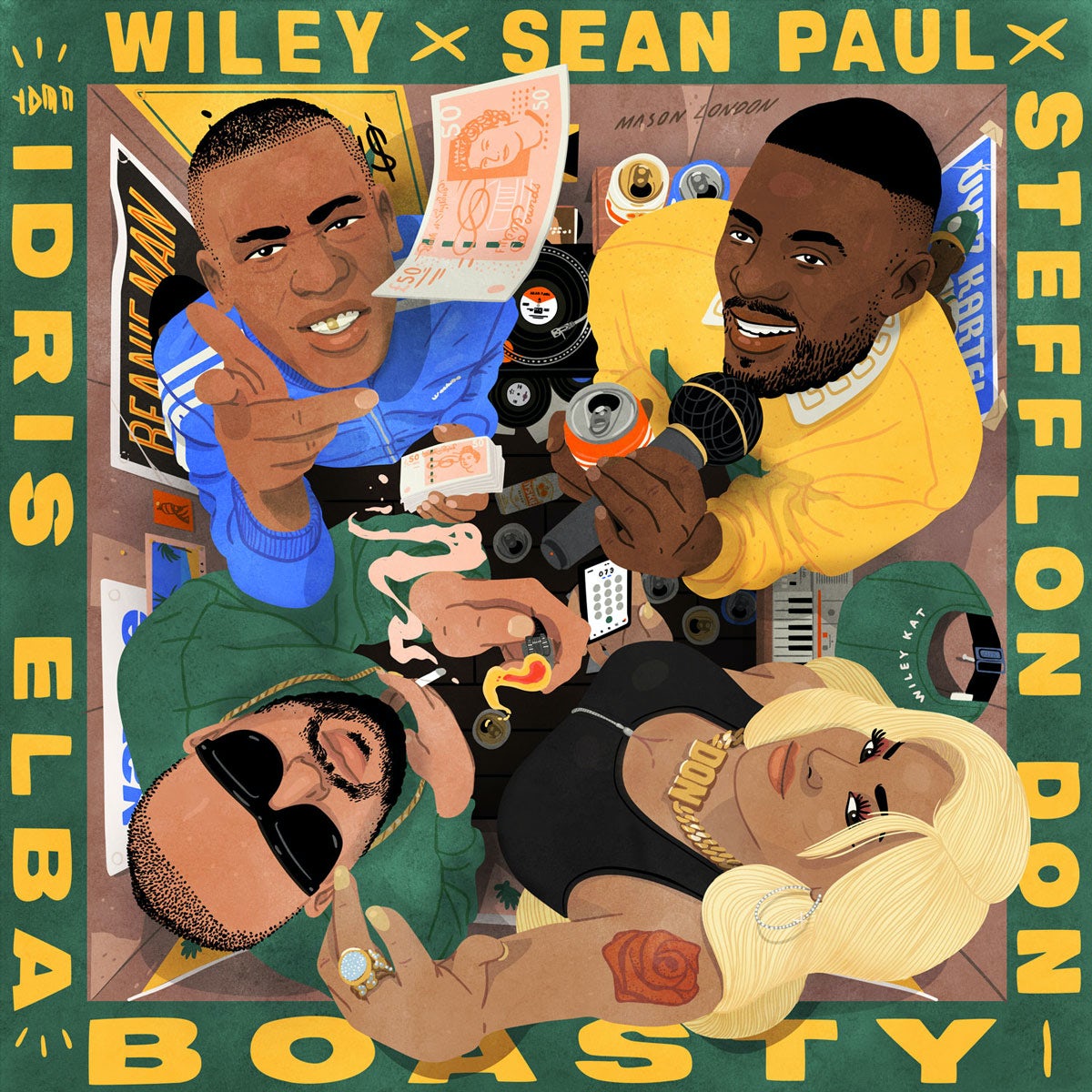 “Working at Boiler Room was was exciting and very fast paced,” says the illustrator. “For a year and a half I was the only designer creating flyers for about four shows a week, artwork for commercial partnerships, web design and general office stuff like making business cards. However, with the high intensity and pace of work came a glorious amount of creative freedom. I could be experimental, and worked with a load of really inspirational people who had encyclopaedic knowledge of all kinds of obscure music.”

Prytherch carried on freelancing alongside his Boiler Room gig, until his client list was looking healthy enough for him to be able to go it alone in 2018. “I think what eventually made me take the step was knowing that when you are freelance, people ask you to do work because they have seen and like your work,” he says. “In my experience, this means projects go more smoothly as the client knows what they’re going to get and already like what you do. When you’re in-house, if a piece of design work needs to be done then you have to do it, regardless if you’re best suited for the job.”

Going freelance has allowed Prytherch to further develop his illustration style over the last year, notable for its subtle sense of humour and consistent attention to even the smallest of details. Recently, he has turned his hand to creating visuals for a Red Bull podcast about club culture, a charming animated music video for singer Samm Henshaw featuring an all-singing-and-dancing cast of Space Raider crisps, cans of lager and cigarette butts inspired by the mess in his own house, and the album artwork for Wiley’s latest single Boasty.

“I try and draw scenes which tell a story that people can recognise,” says Prytherch of his illustration style. “If I’m doing artwork for a sad song then I try and think of a sad situation which people can relate to and draw that, if it’s artwork for a club track then I try and draw the feeling of listening to music with friends. I think if people recognise a situation or feeling that they identify with in a drawing then that can be powerful – like evoking a sort of nostalgia.”