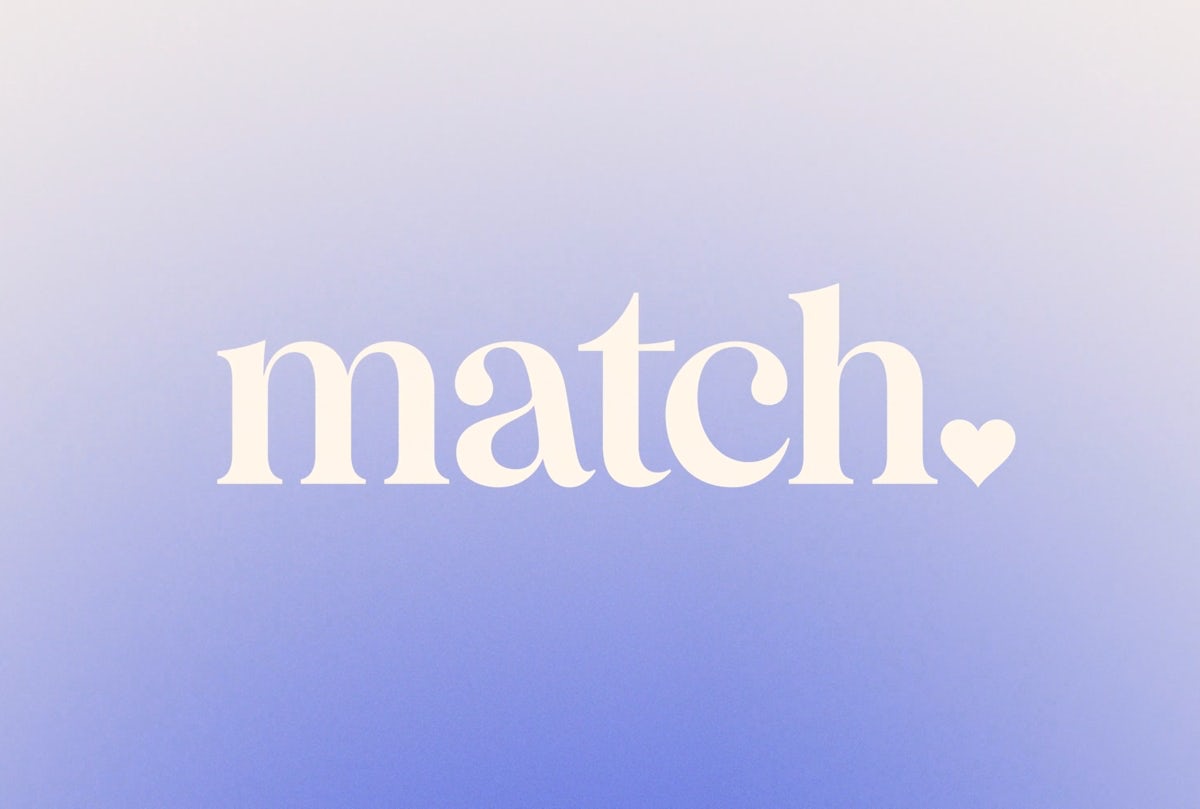 Having been in the dating game for over 25 years, Match arrived on the scene long before swiping right became ubiquitous. In its rebrand, Collins decided to focus on this more considered and arguably slower approach to online dating – positioning the service as a kind of dating concierge.

The Match wordmark has been updated, with the heart symbol moved to the end of the word – apparently now working as a full stop. Or, as Collins describes it: “Match becomes a simple statement and clear ambition. The original helped Match light the way; this new logo shows they have arrived.” 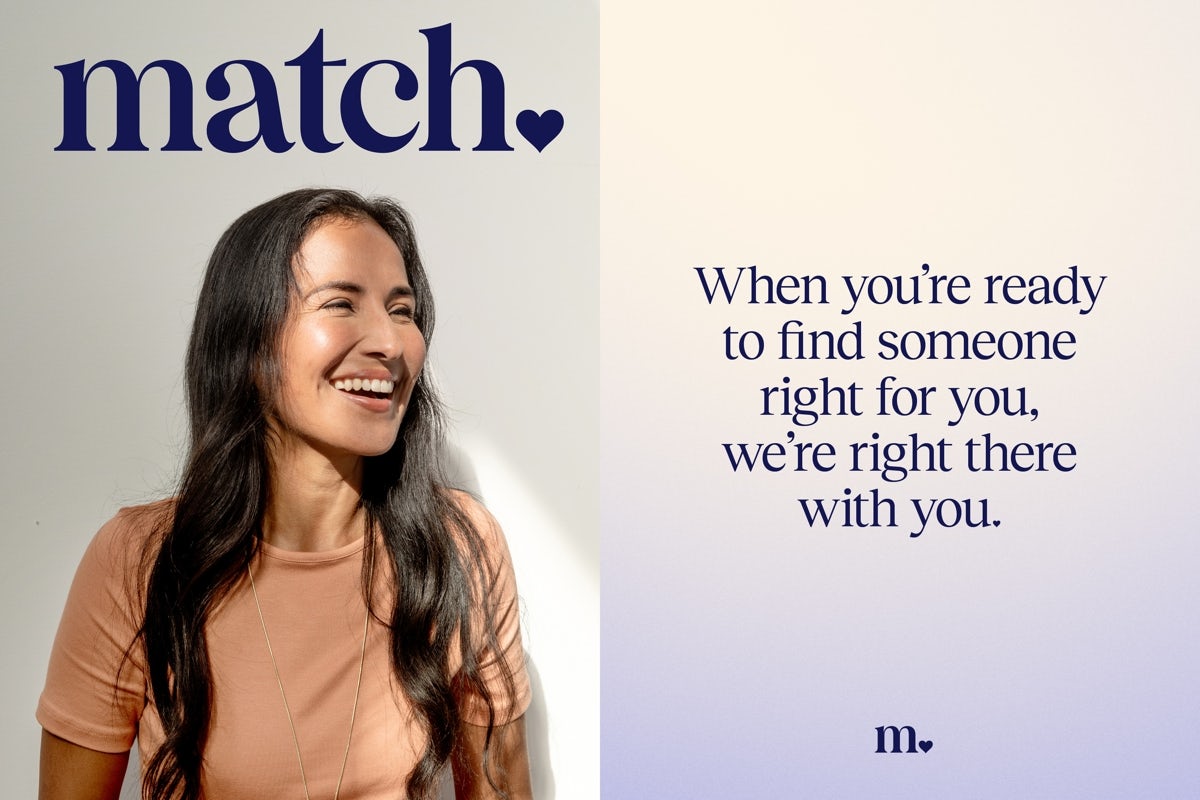 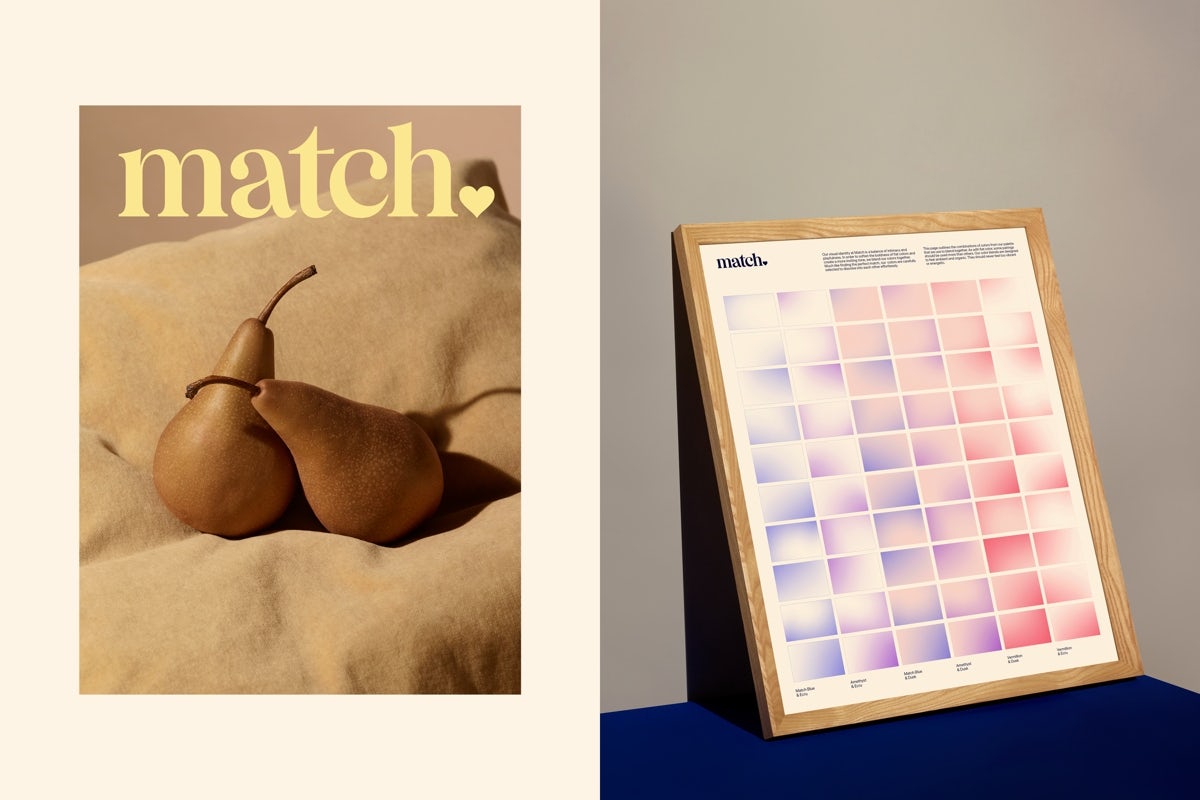 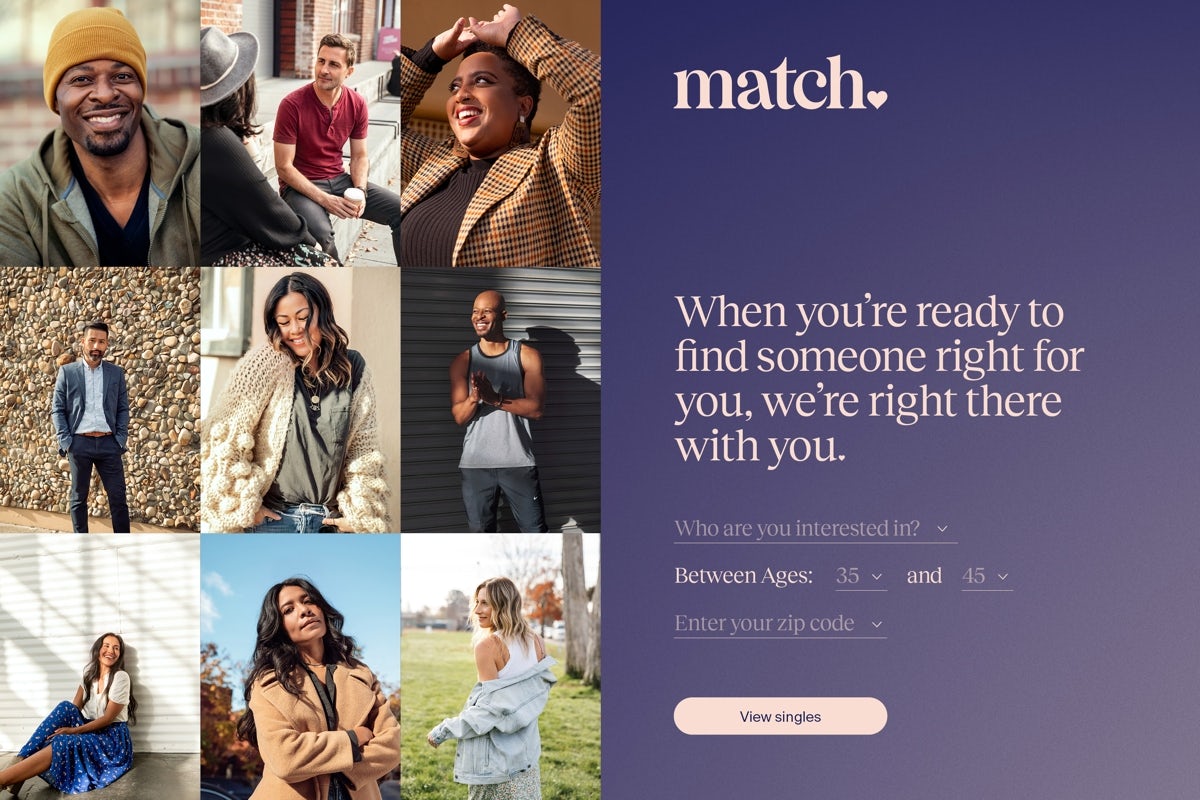 The studio has introduced an elegant new serif typeface, as well as a purposefully restrained colour palette that prioritises soft pinks, blues and purples instead of more glaring alternatives. According to Collins, the update is intended to reflect the “time and intention” required when creating a Match.com profile. It also arrives just in time for Valentine’s Day.

It’s true, the rebrand does have a less high pressured approach than some services take, ensuring Match feels more like a dating company for grown ups and less like a pushy tech brand. If there’s any quibble, it’s that the accompanying photography occasionally feels a little heavy handed in its use of candles, satin curtains and flowers wrapped in gauze – but maybe that’s just the cynic in us speaking. 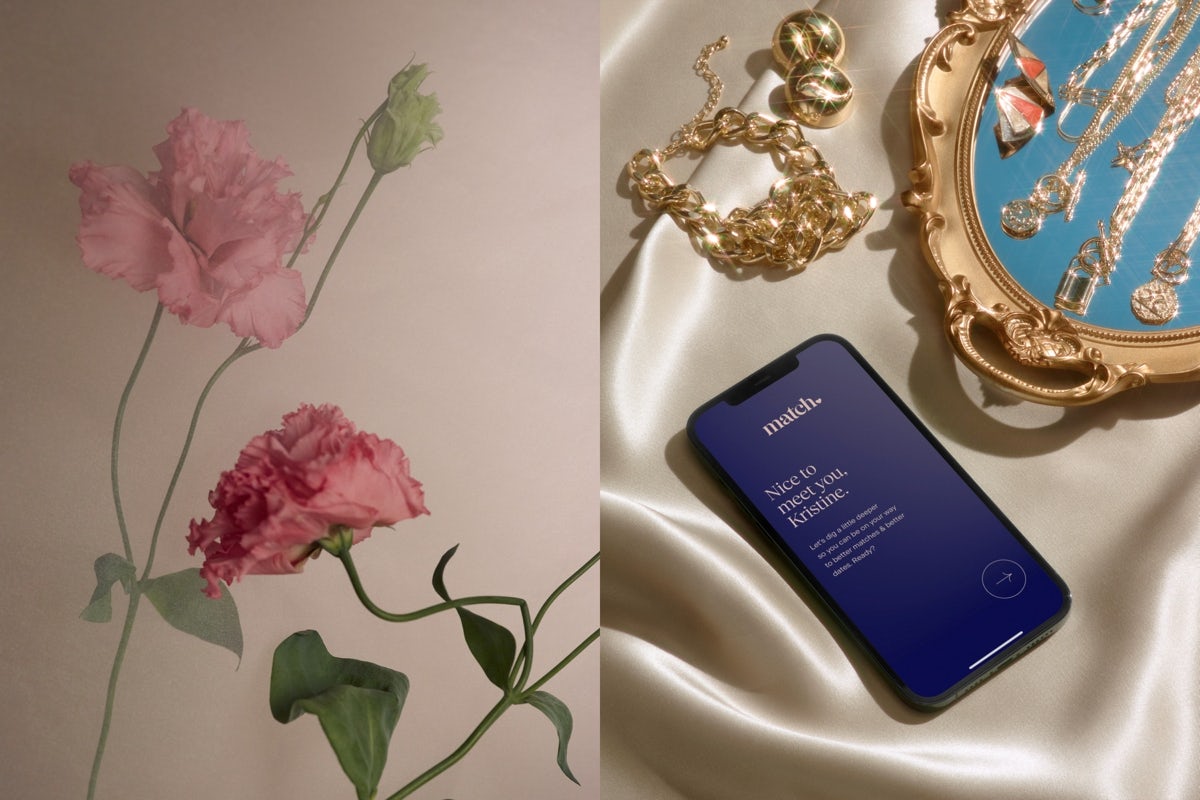 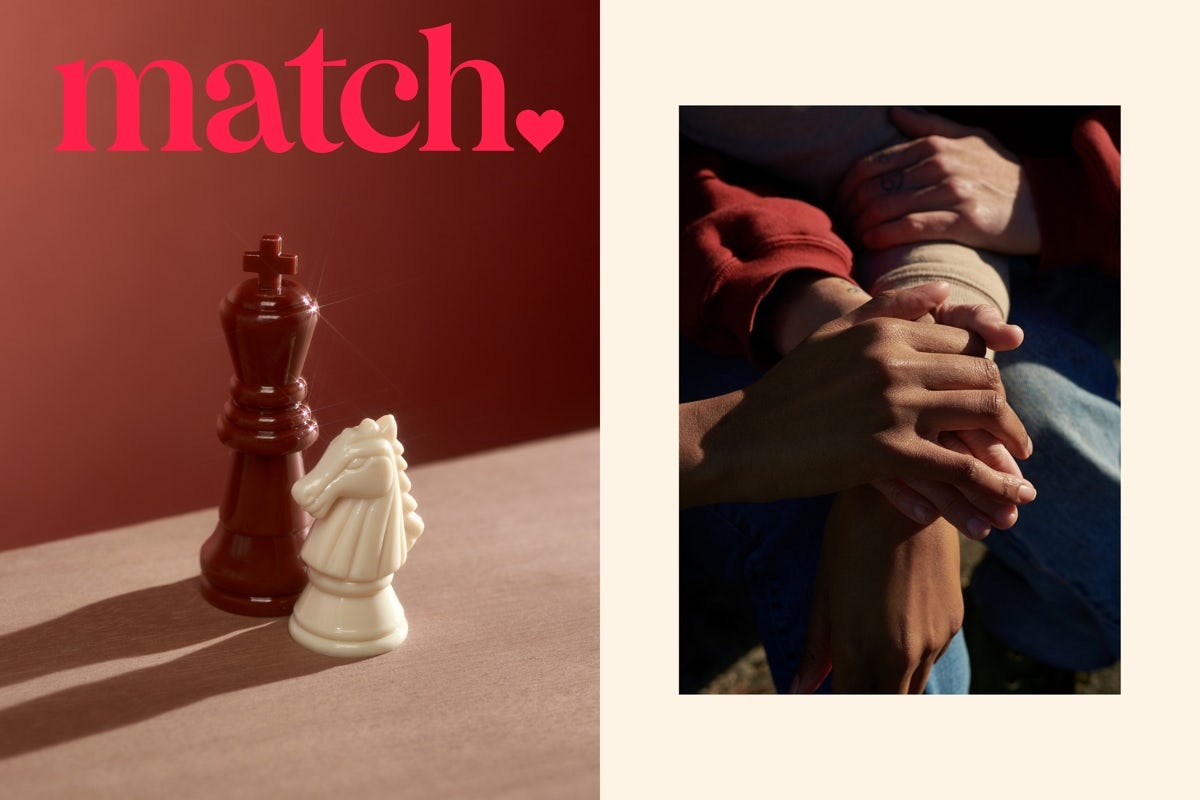 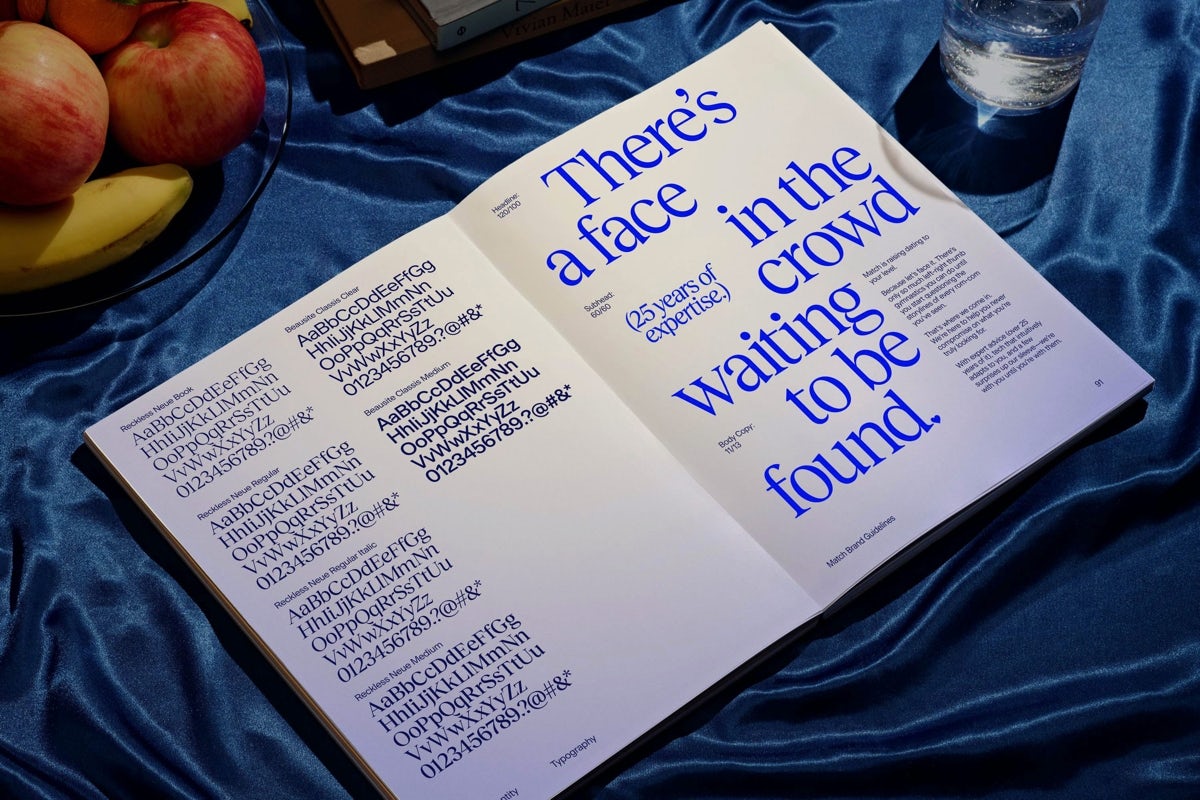