For the best part of the last decade, London-based producer and DJ Max Cooper has been merging music, science and visual art in his highly collaborative practice. The rate and volume of his output in that time has exceeded many of his contemporaries – and his description of his forthcoming sixth studio album, Unspoken Words, goes some way in explaining why.

“I’ve always struggled with words. Trying to communicate anything meaningful about my internal state, in any way which seems to do it justice, has always been beyond me. But music bypasses language. It is my means of expression, which is why I make a lot of it – I’m compelled to create,” he said.

The album takes “exploring the difficulties of communicating with words” as its point of departure, a theme that’s central to the unusual video accompanying his new track, Exotic Contents.

The music video was created in collaboration with Xander Steenbrugge, a digital artist who specialises in machine learning, and draws on the writings of 20th century philosopher Ludwig Wittgenstein, “who tackled this question of the difficulties of using words to explain ourselves and our place in the world,” Cooper says. These were then fed to an AI, which churned out visuals based on the writings.

“It’s interesting for me to see the incomprehensible philosophical language interpreted visually like this, full of symbolism and the boundaries between language, our selves, and the world, broken down into flowing abstraction. I haven’t really taken it all in yet, I feel like there’s more to discover in it than I can appreciate.” 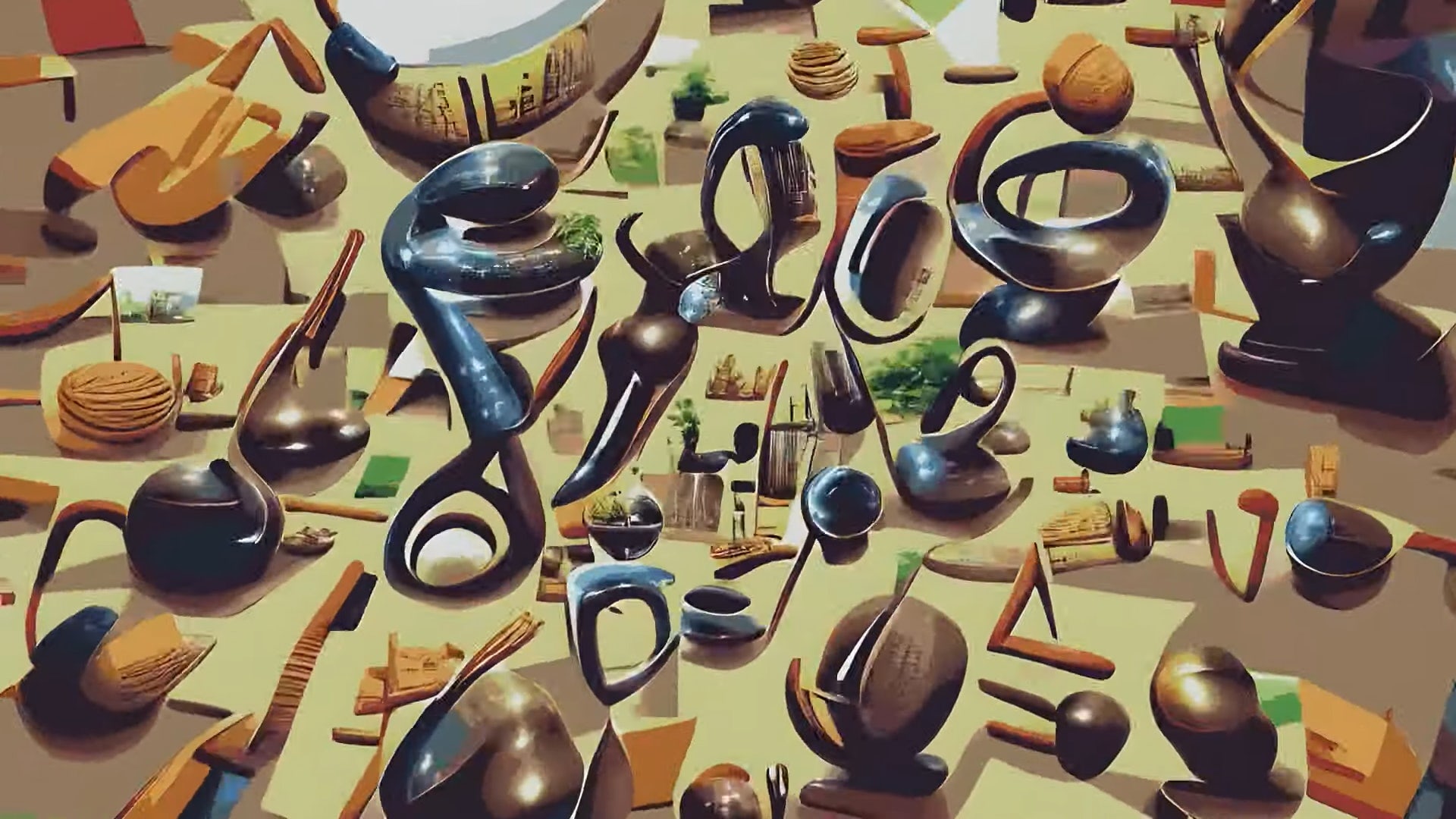 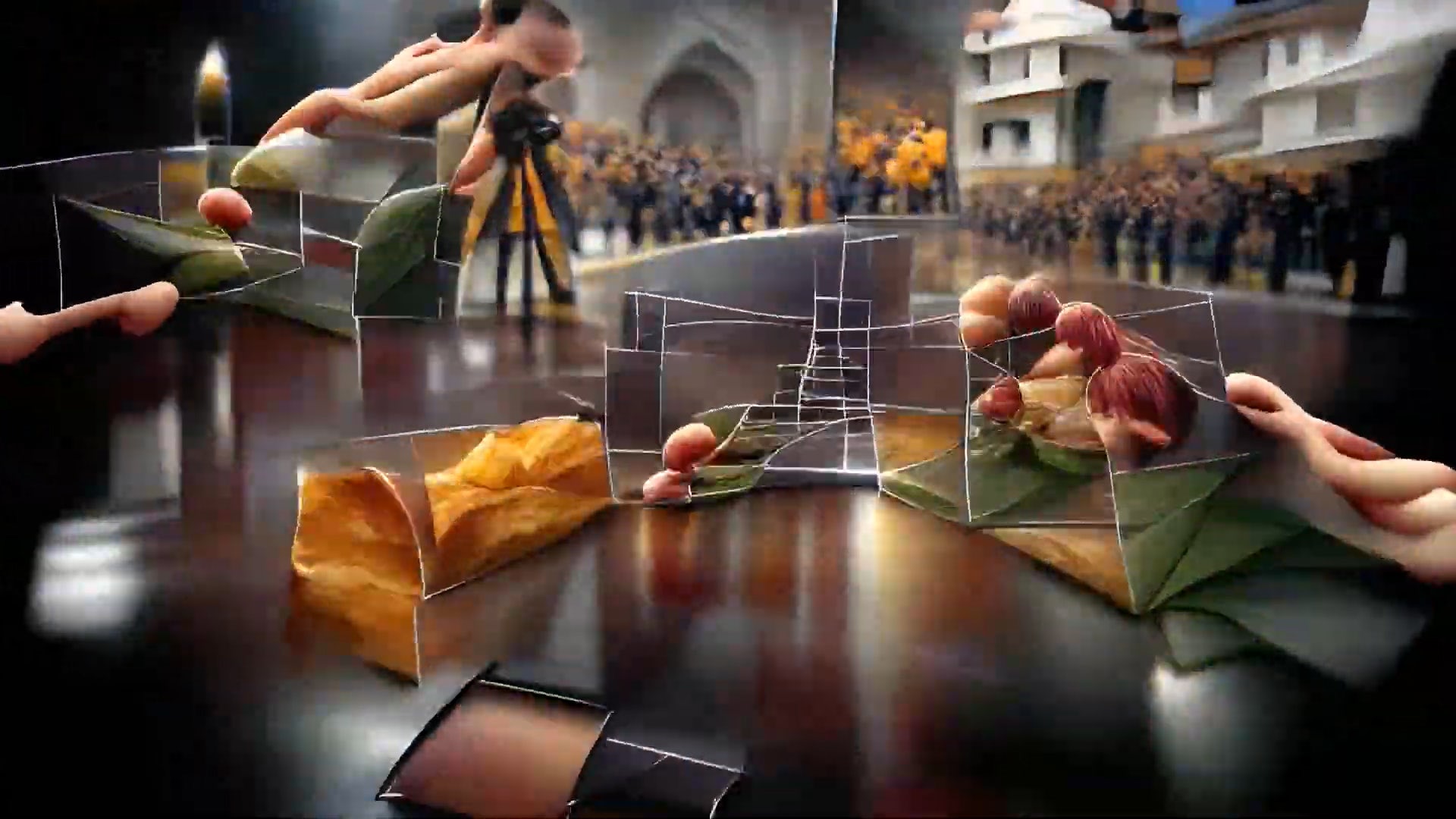 Speaking of his involvement, Steenbrugge said: “The video was not ‘designed’ by me in the same way that traditional visual artists would design a music video. I wrote all the code that runs the AI pipeline, and I did a huge amount of exploration as to which settings and sentences (most of which are from Wittgenstein’s seminal Tractatus Logico-Philosophicus) work best, but the final rendered frames come out of the machine.

“So in essence, what you see probably has many different interpretations depending on who’s watching. I really love how the AI model creates very abstract visual scenery which looks familiar, but is also completely impossible at the same time.”

The visuals rendered by the AI are constantly shapeshifting, gliding from smeared dreamscapes and disfigured faces into environments evocative of Cubism, their cadence matching the track’s beat. 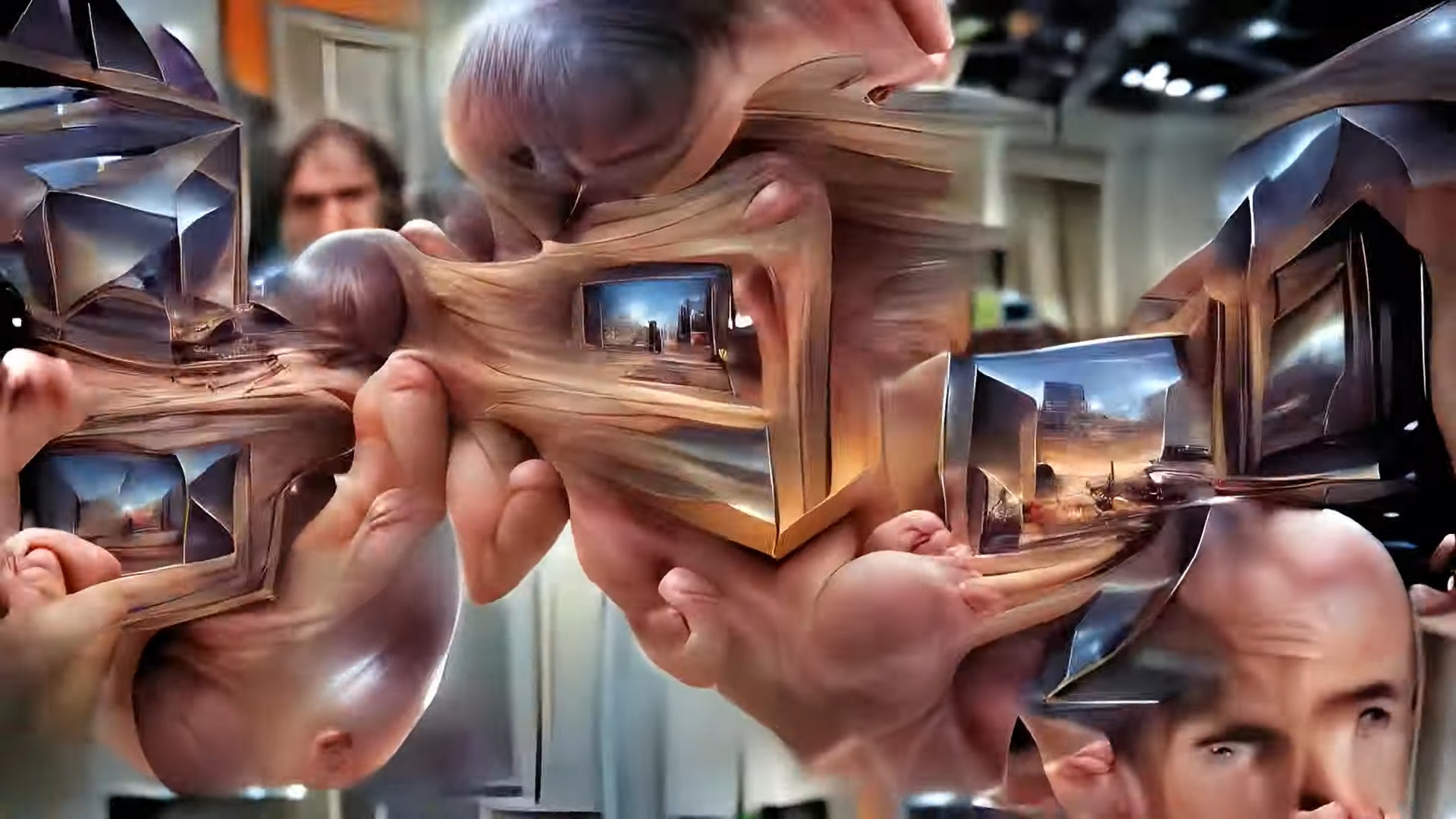 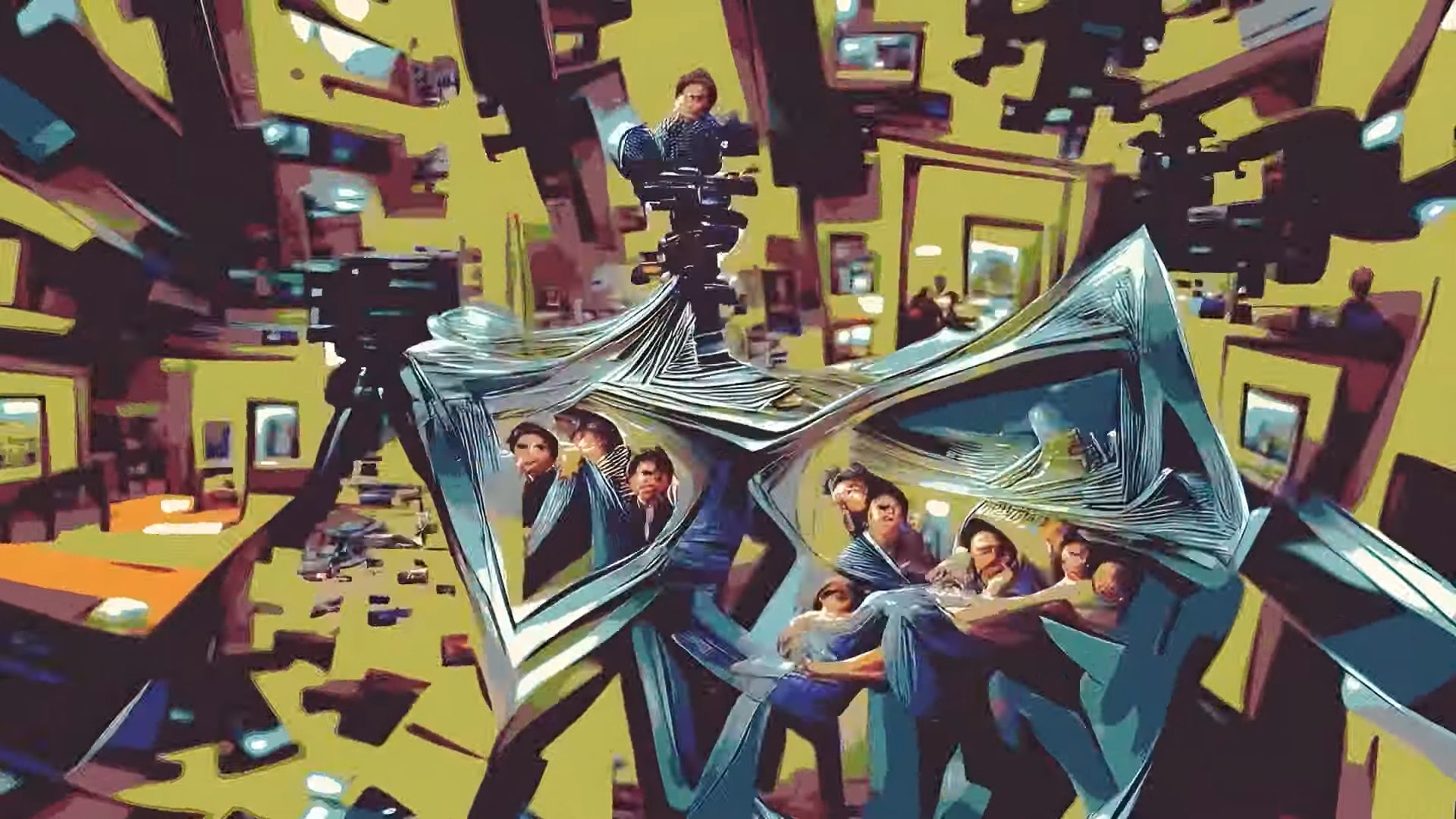 Despite Cooper’s typically precise, technical sound design in the track, his humanistic take on technology is once again present in the work. In this video, the software contributes to a fragile, trembling effect, resulting in a film that in many ways feels surprisingly handmade.

The Exotic Contents music video forms part of the longer visual narrative accompanying the LP, for which Cooper commissioned 13 pieces by various visual artists including the recent Dada-like music video made with repeat collaborator Nick Cobby.

Unspoken Words is released through Mesh on March 25; meshmeshmesh.net