While many of us have embarked on personal creative projects during the pandemic, this is surely one of the most unexpected. Siedentopf describes the initiative, entitled Tribute, as “the ultimate homage to this 21st century icon” – and that’s no exaggeration.

Having dug several metres into the earth, Siedentopf plastered the walls of the tunnel with portraits of the reality star. He claims it’s “almost impossible” to find the end of the subterranean hall of fame, however it’s likely there’s some clever mirror placement at play.

The piece, which is either lockdown boredom taken to an extreme or a searing take on modern day selfie culture, is weirdly compelling. There’s something sinister yet intriguing about the way Siedentopf’s tunnel erupts out of the ground like a mini volcano, spilling out light and glossy images of Kim K. 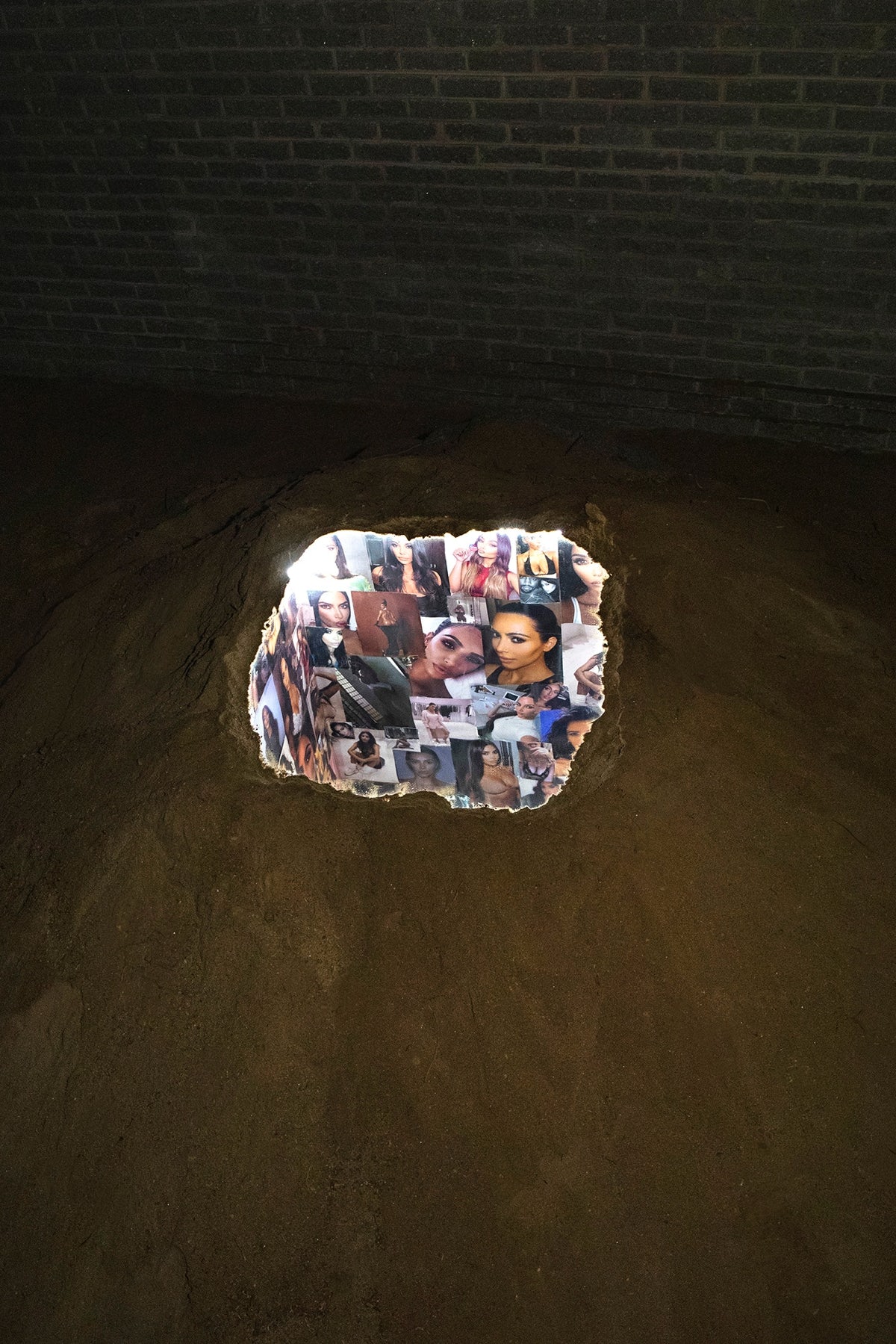 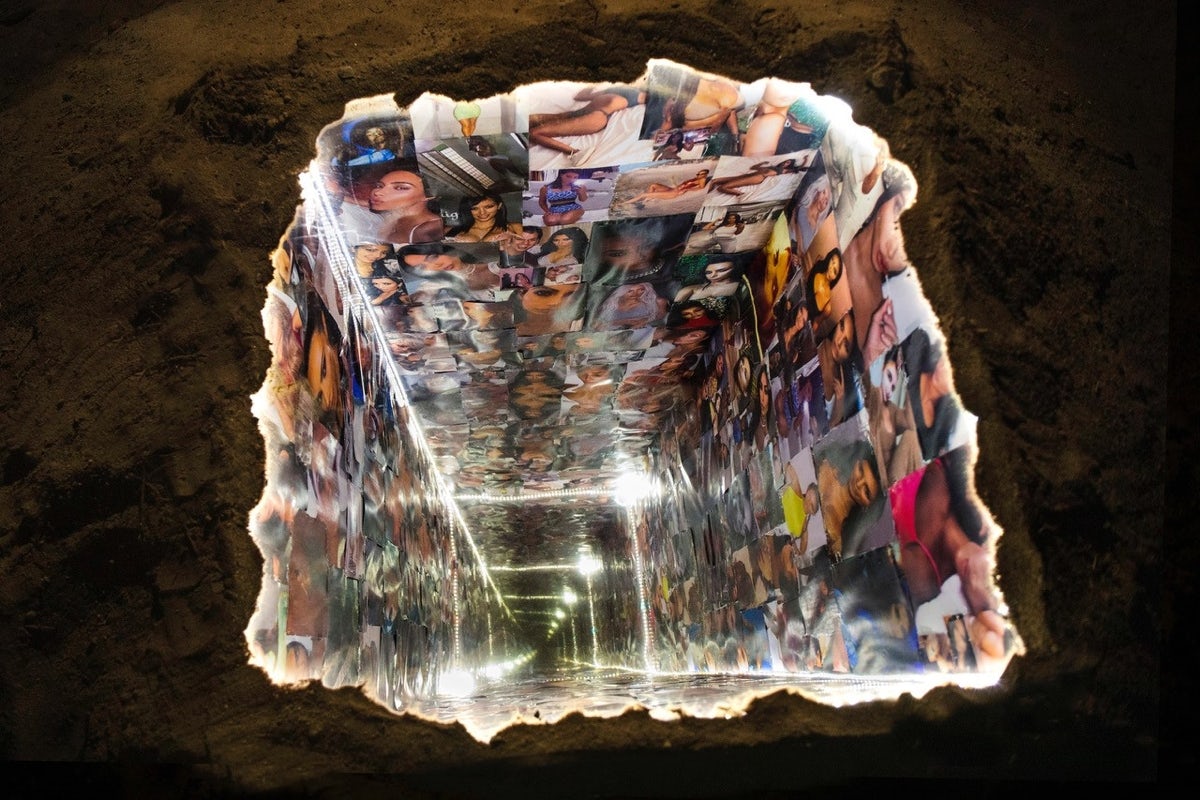 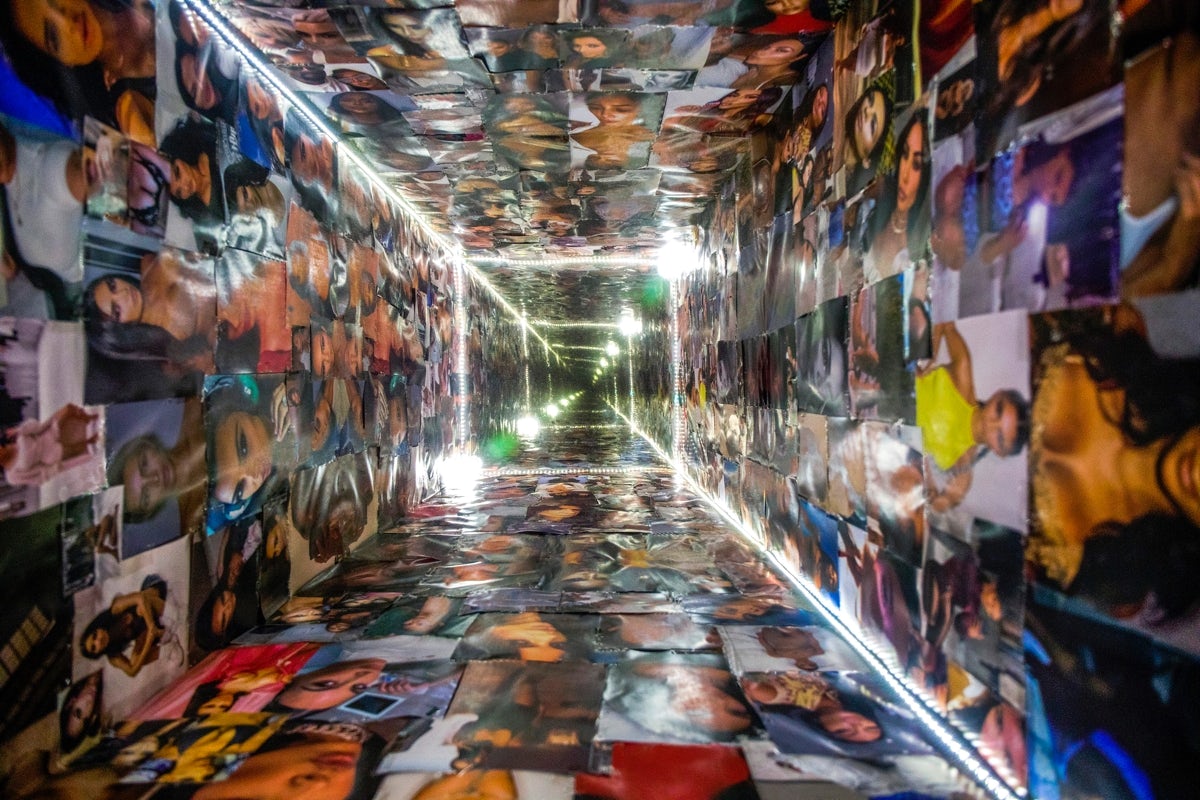 “Easily comparable to famous icons from the past such as Marilyn Monroe or the Mona Lisa, no one else has had more influence on contemporary visual culture as Kim Kardashian,” says the director, whose quirky sense of humour has produced a home alone Covid survival guide, as well as a music video for Sigrid in which the artist played the role of the musician.

“Described by the New York Times as ‘the queen of selfies’, Kim Kardashian has shaped and reinvented over the past decade what self-portraiture is today,” he continues. “Her images are omni-present, her selfies have influenced an entire generation and have become an integral part of today’s pop culture.”

Anyone wanting to make a pilgrimage to Siedentopf’s shrine to Kardashian might have to sit tight, as the artist is so far keeping quiet about where the tunnel is located. 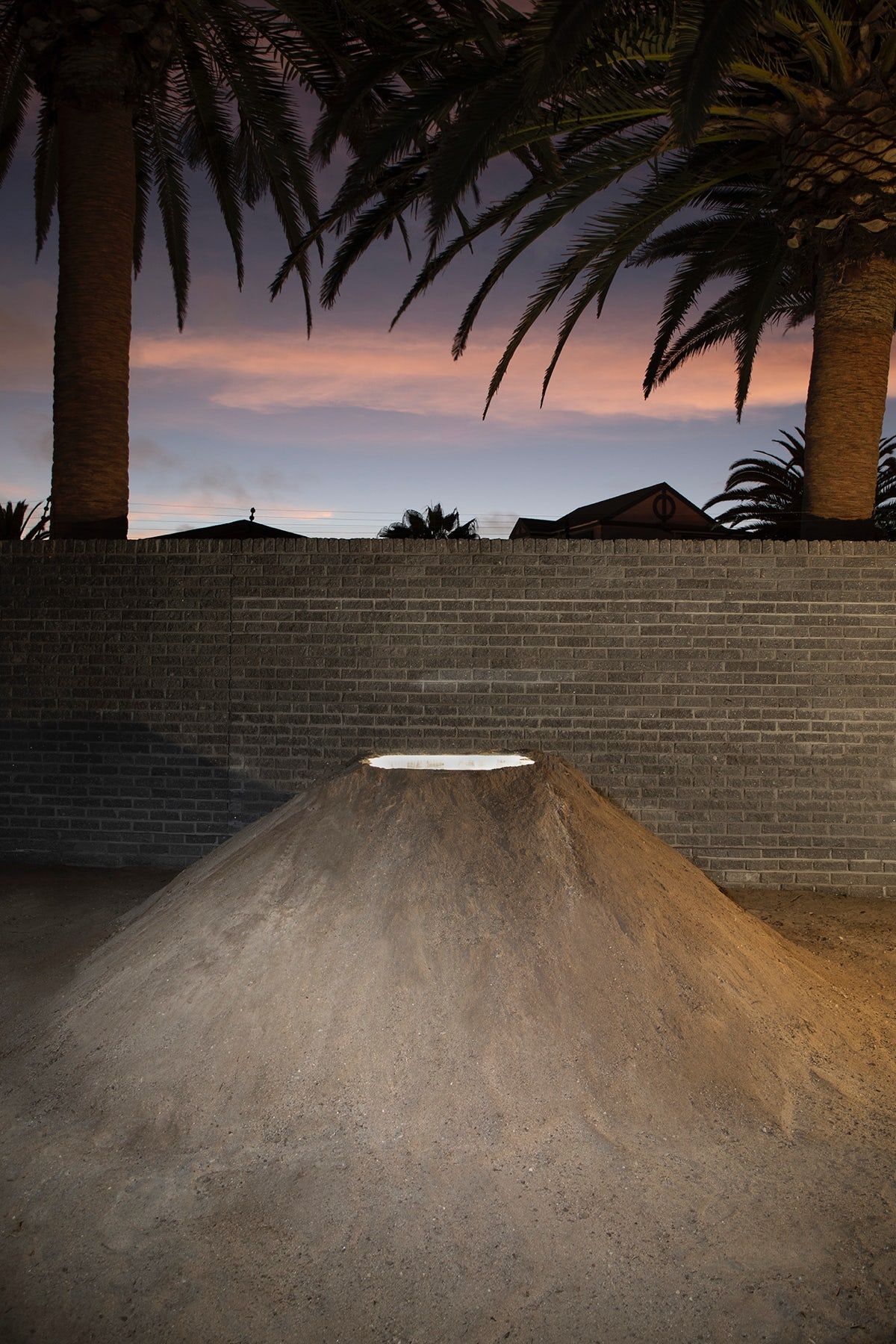