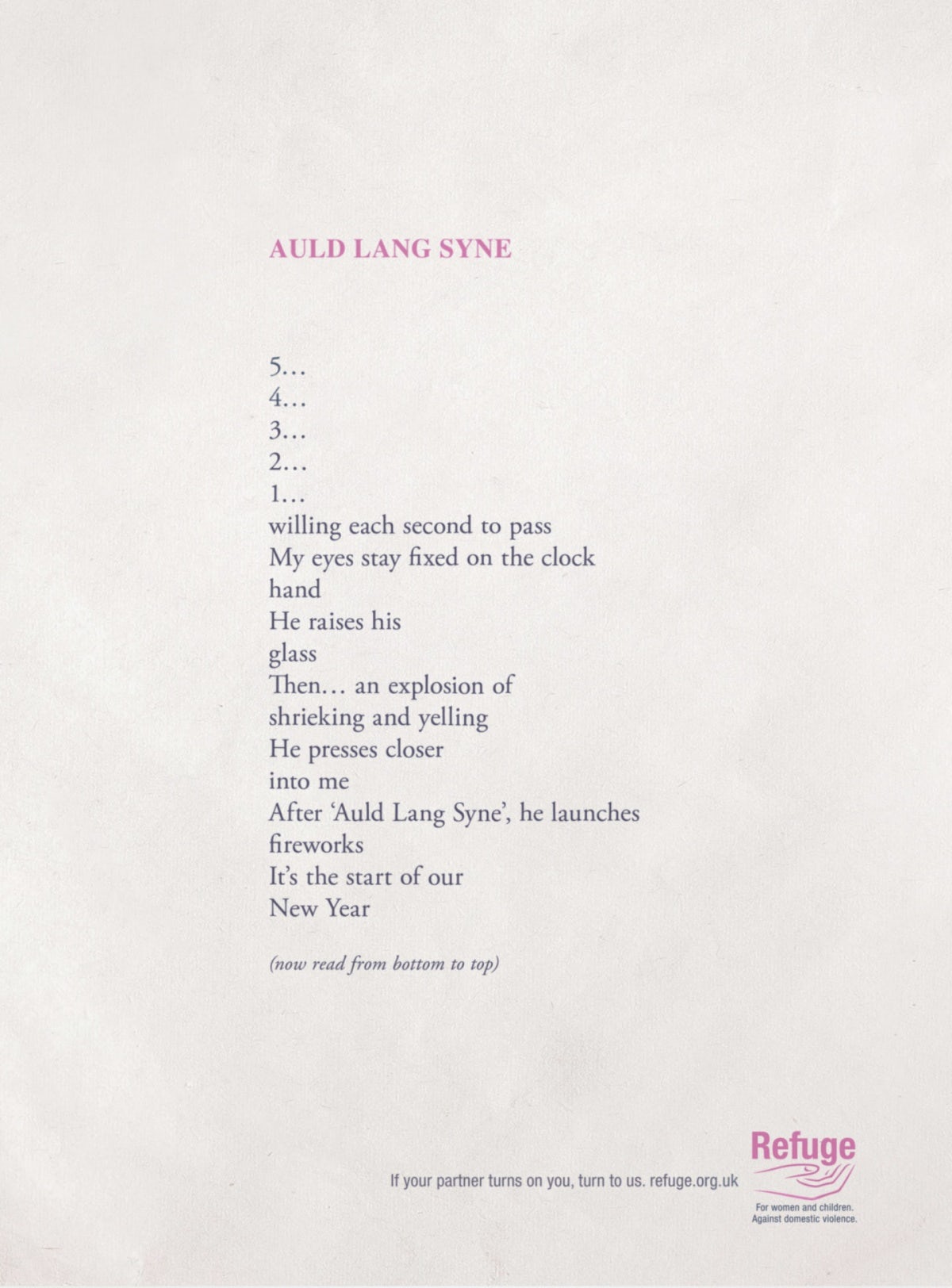 Domestic abuse charity Refuge has a history of using shock in its campaigns, both to reach victims that may need support but also to compete for the public’s attention. Its new Christmas campaign, created by McCann Bristol, continues this trend, by creating a series of poems with a twist.

The print and poster campaign features a series of apparently warm festive poems. But read backwards, they paint chilling scenes of domestic violence. 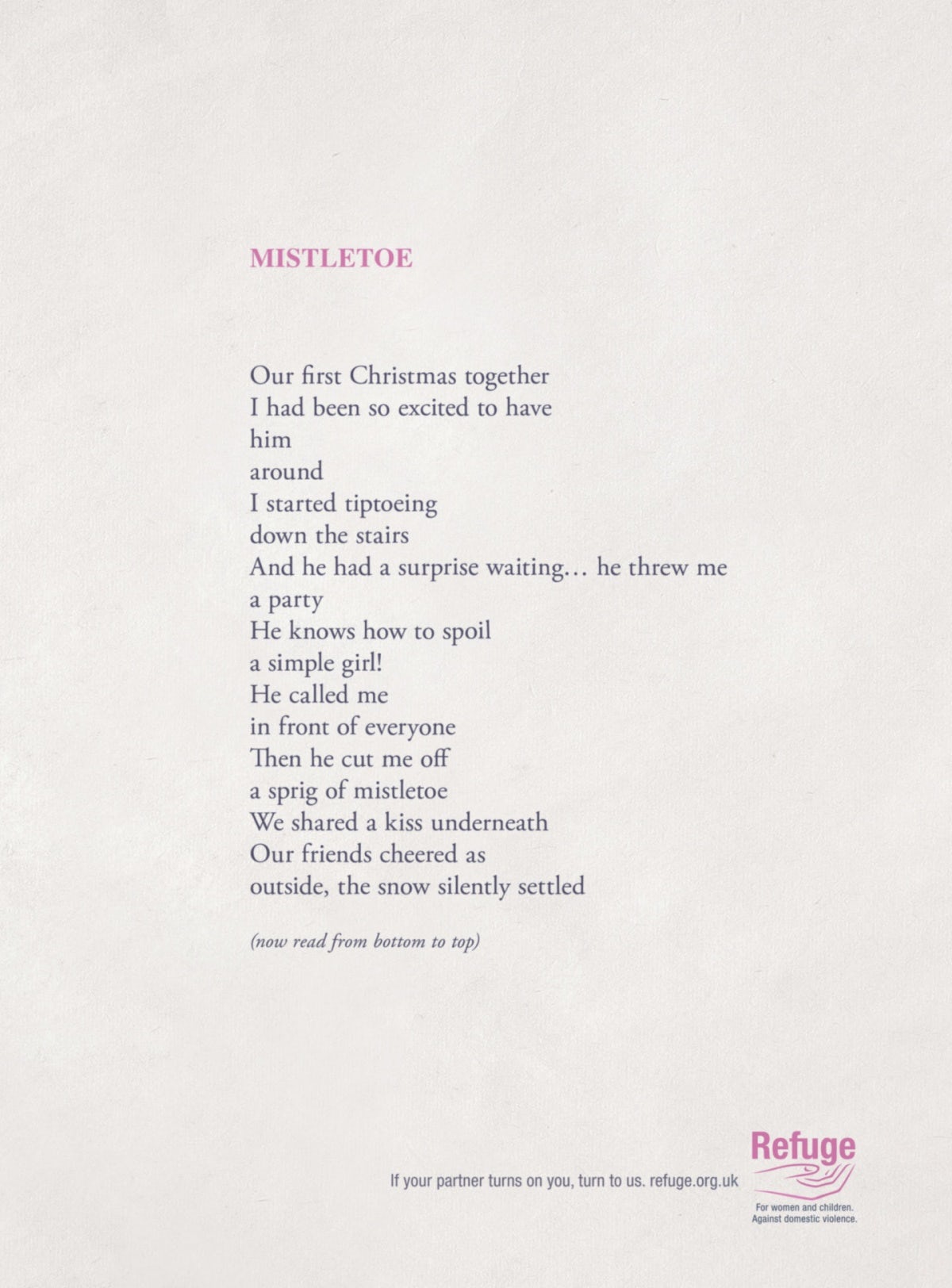 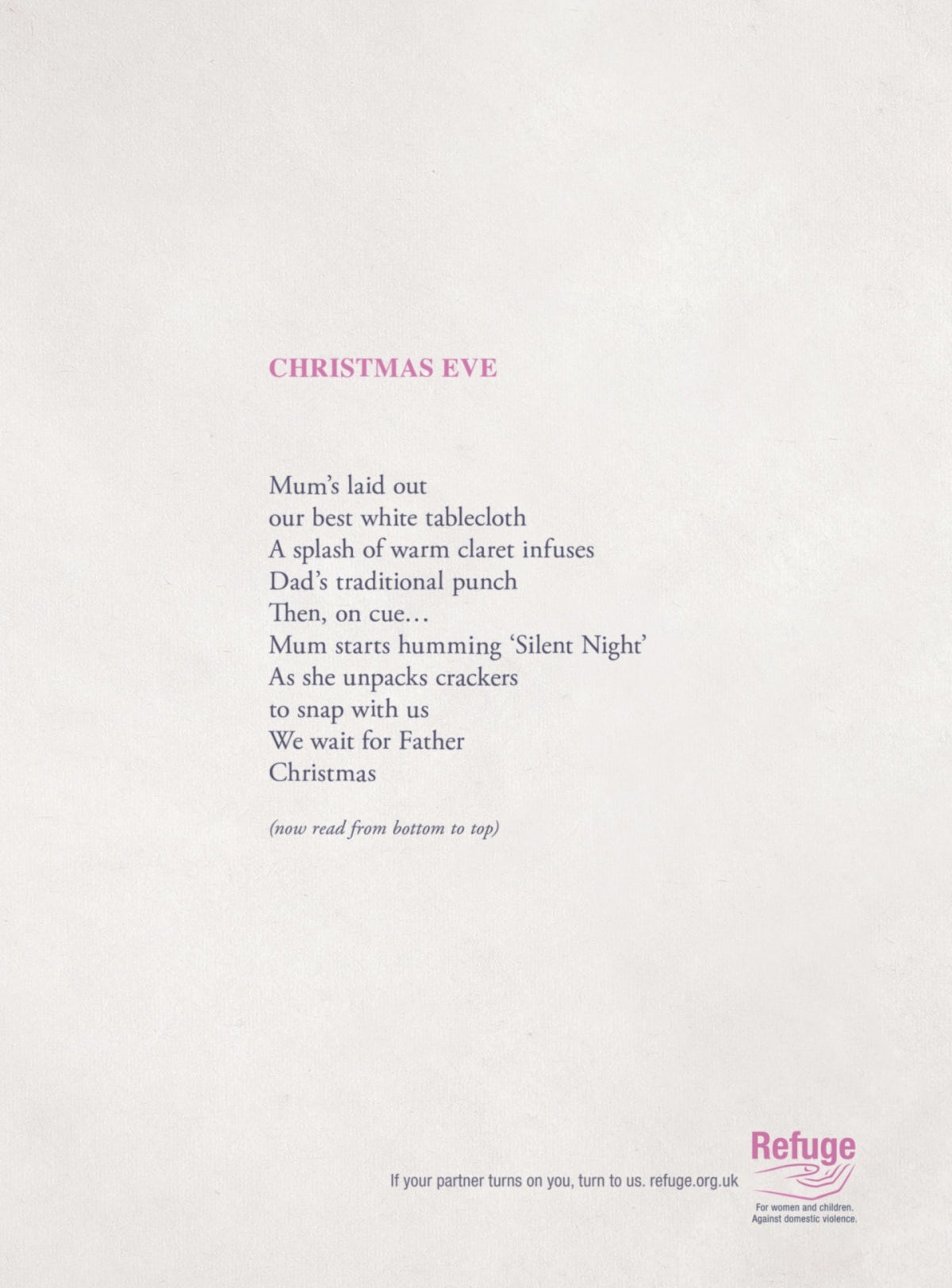 Poems titled Mistletoe and Auld Lang Syne tell the stories of women who are abused by their partners, while a third ad tells the incredibly raw tale of a child who witnesses domestic violence on Christmas Eve.

The campaign aims to remind victims that they are not alone. Sandra Horley CBE, Chief Executive at Refuge, commented: “We want women to know that, no matter what time of year, no one should suffer in silence and they should ‘turn’ to us for support.”