Posters directing hungry customers to restaurants just off a motorway are rarely the most considered pieces of advertising, and can therefore often look a bit of a mess, even for major brands.

It was this insight that gave ad agency Cossette in Canada the idea to create a more stylish billboard for McDonald’s, which uses sections of the distinctive golden arches logo to point drivers in the right direction. 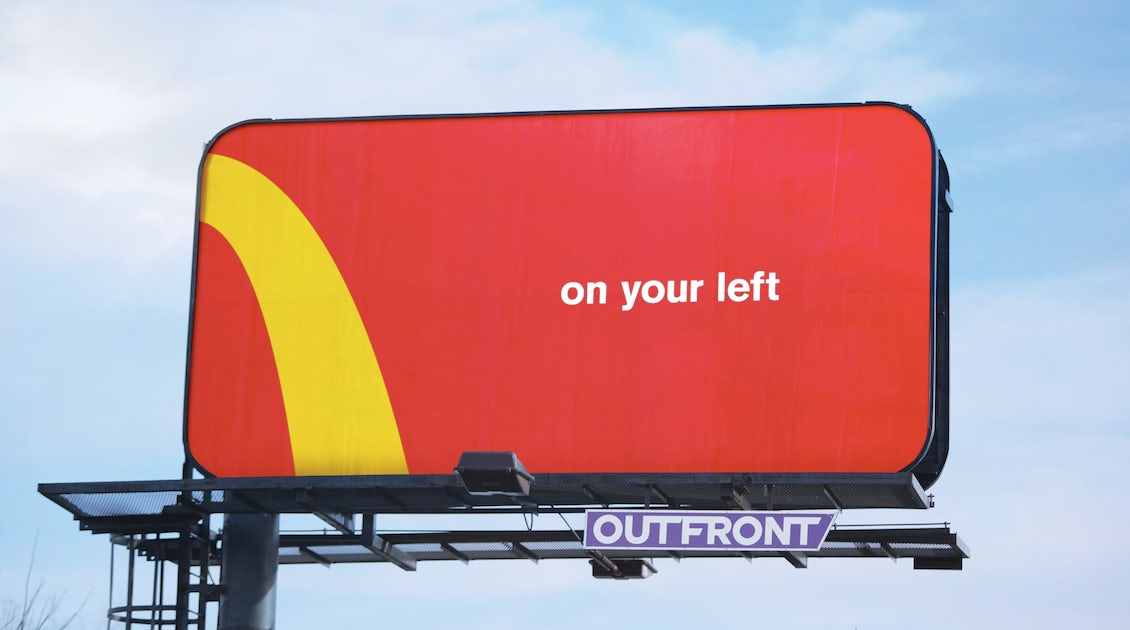 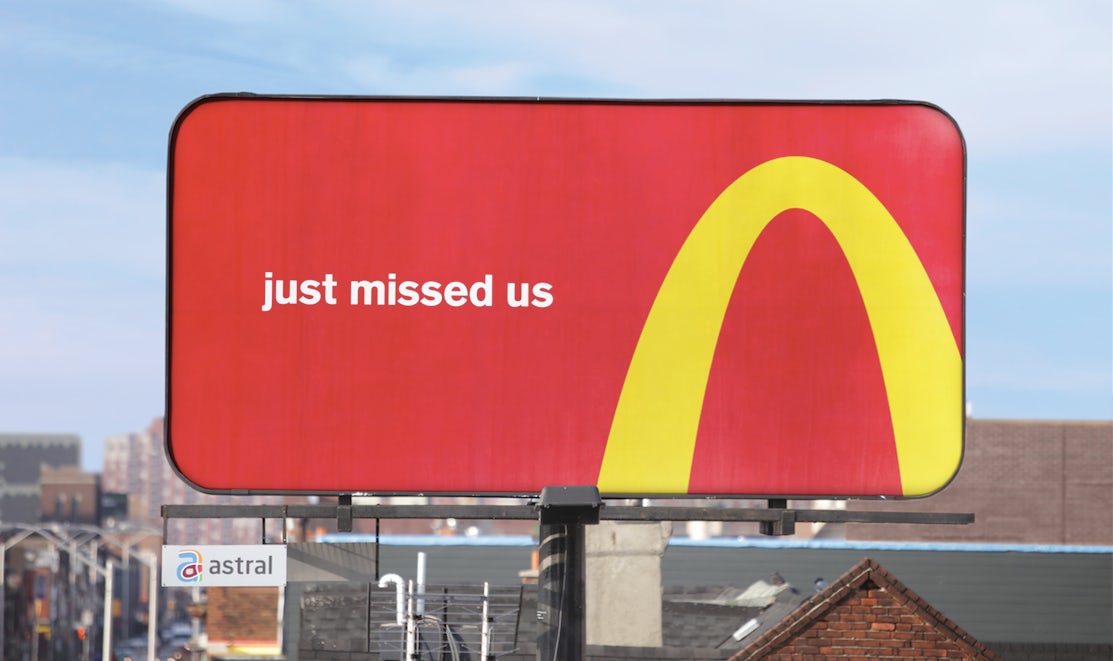 The campaign follows other similarly minimalist print and poster work from McDonald’s in the French market, which also relies on customers’ deep knowledge of the brand.

The Canadian campaign features sections of the golden arches logo as the only graphic element, paired with a simple instructional line. Currently they are only in use in and around Toronto, however this minimal approach would allow them to work anywhere in the world, with any language and be immediately recognisable as the brand.