Moving house is hard work, with one of the main goals being the moment when you’ve finally got inside your new property and can enjoy a takeaway meal to celebrate. This will be a familiar feeling the world over, but is particularly pertinent in Quebec, Canada, where traditionally most residential leases come to an end on the same day, July 1.

This means an average of over 100K households in the province pack their belongings and move into their new homes on what Quebecers refer to as ‘Moving Day’. Tapping into this event was a recent campaign from McDonald’s Canada, created by Cossette ad agency, which repurposes the contents of moving vans to look like McDonald’s meals, which can be ordered via McDelivery. 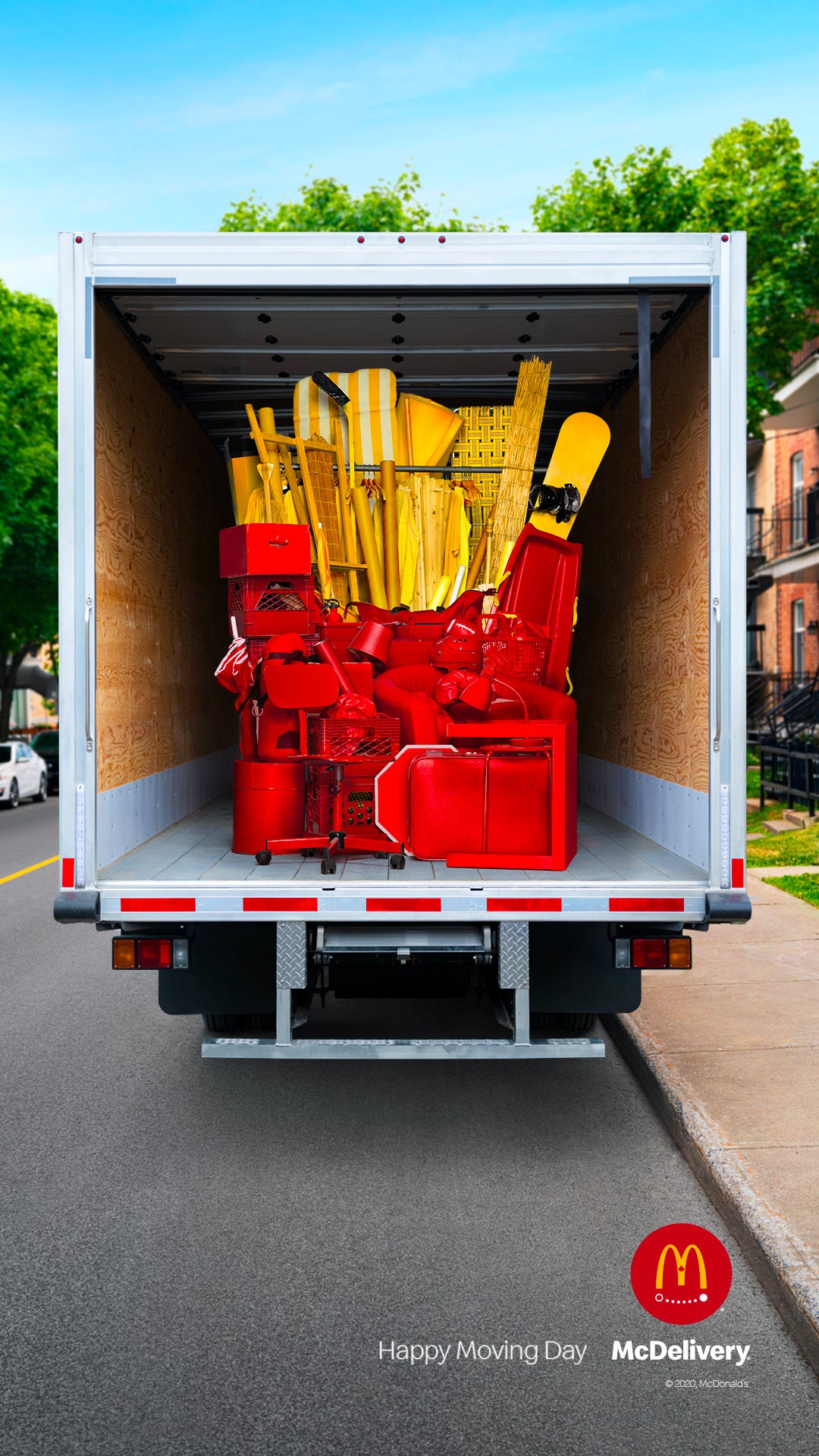 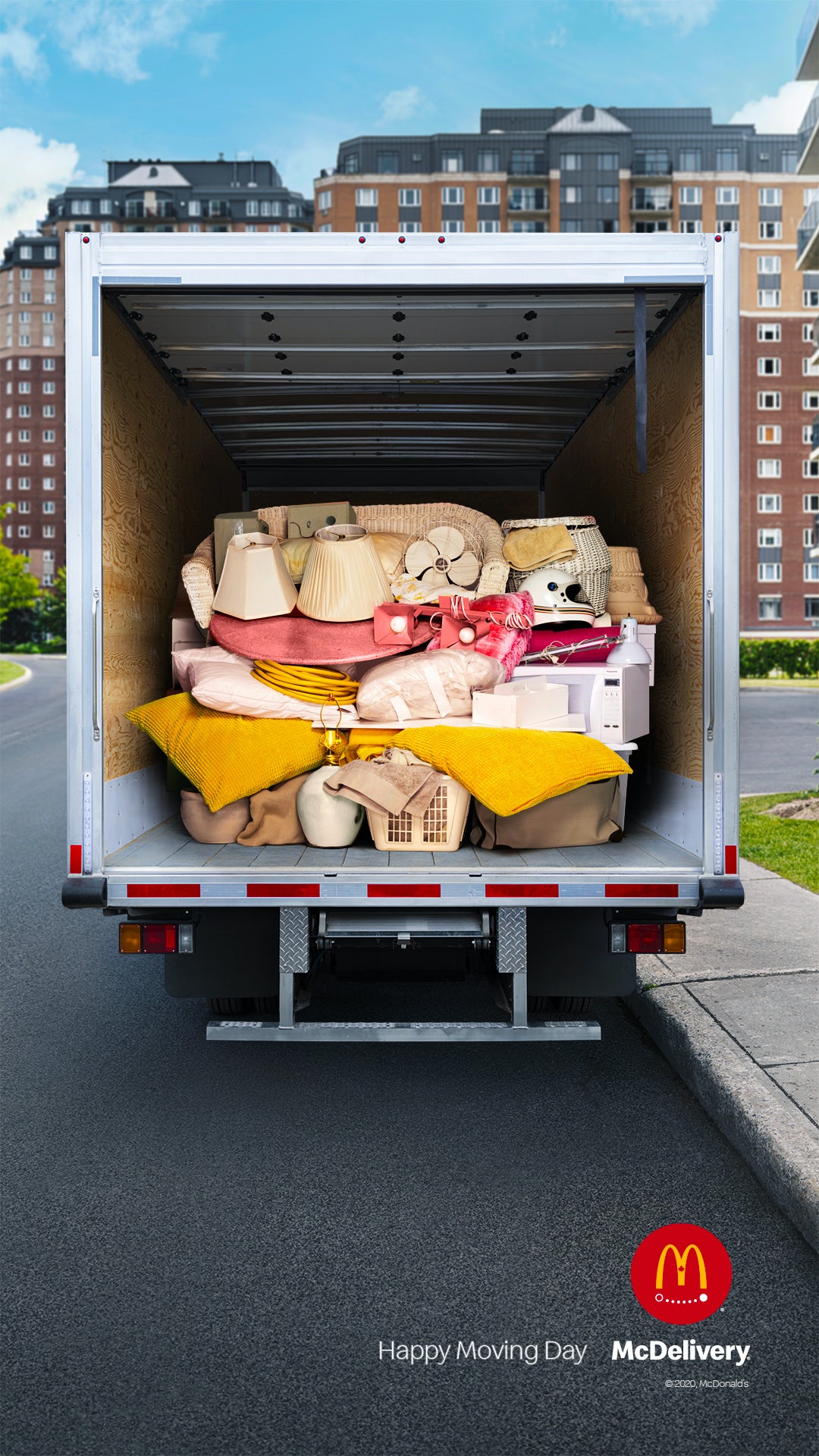 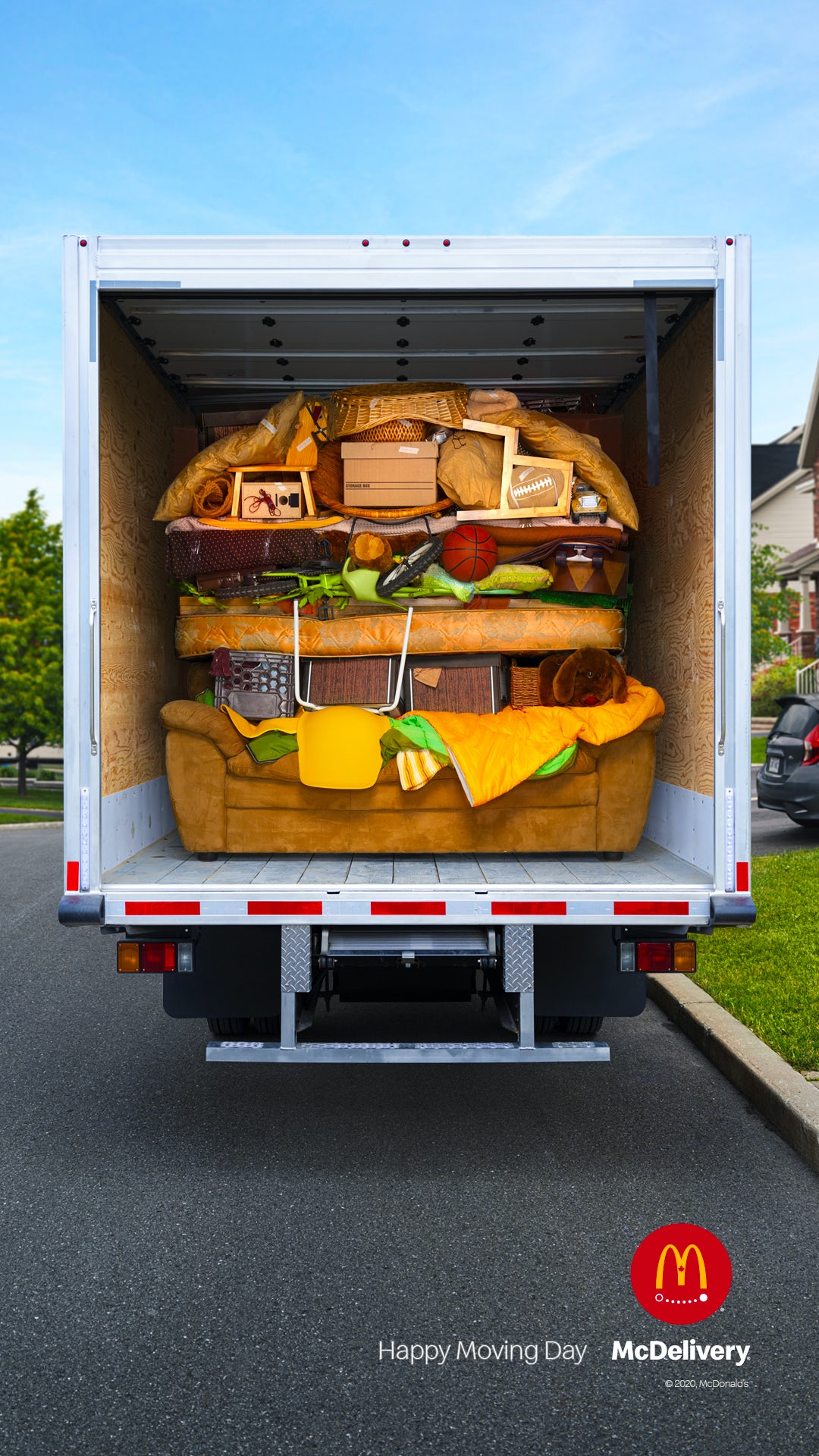 To create the posters, the team opted to use photography and make the sets for real, as opposed to creating them digitally. The process can be seen in the gif below, but each object used was true to its original colour, and serves to create a more charming set of images than if it was all manipulated in Photoshop.

The posters also aim to tell different Moving Day stories, which helped define the objects that were featured: The fries execution was inspired by a young man moving into his first apartment in a trendy Montreal neighborhood; the Big Mac execution featured a family with kids moving into a suburban home; and the Egg McMuffin spot highlighted a young couple moving into their first home.