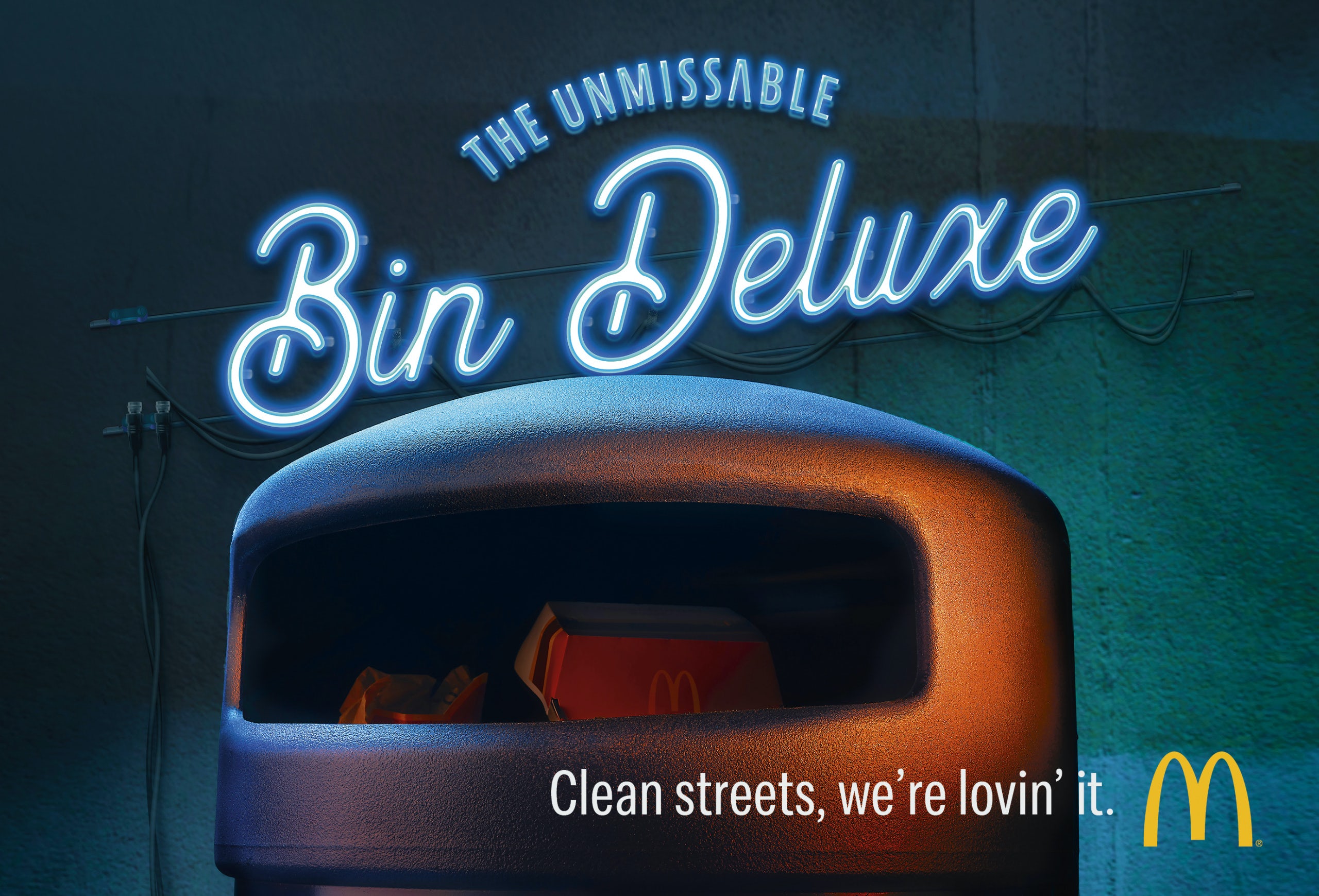 Earlier this year, we covered a McDonald’s campaign in Norway, which highlighted the problem of littering in Norwegian cities. In a bold move, the ads featured photos of McDonald’s packaging discarded on the ground, alongside the message ‘Take away your take away’.

Hot on the heels this campaign is Belgium’s take on the theme, created by TBWA, which puts bins centre stage. “We want to make trash bins as popular as the burgers,” says Jeremie Goldwasser, creative director at TBWA. 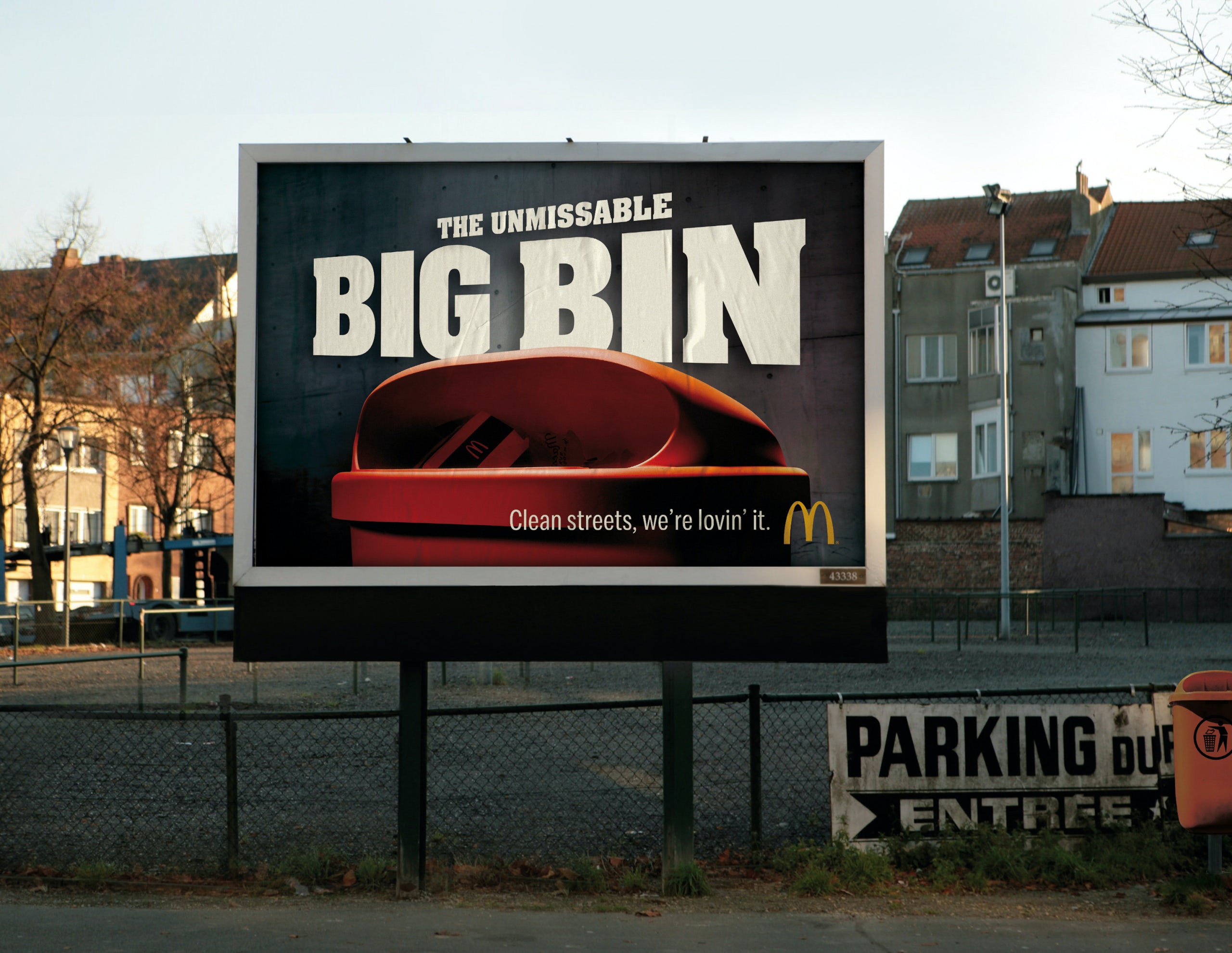 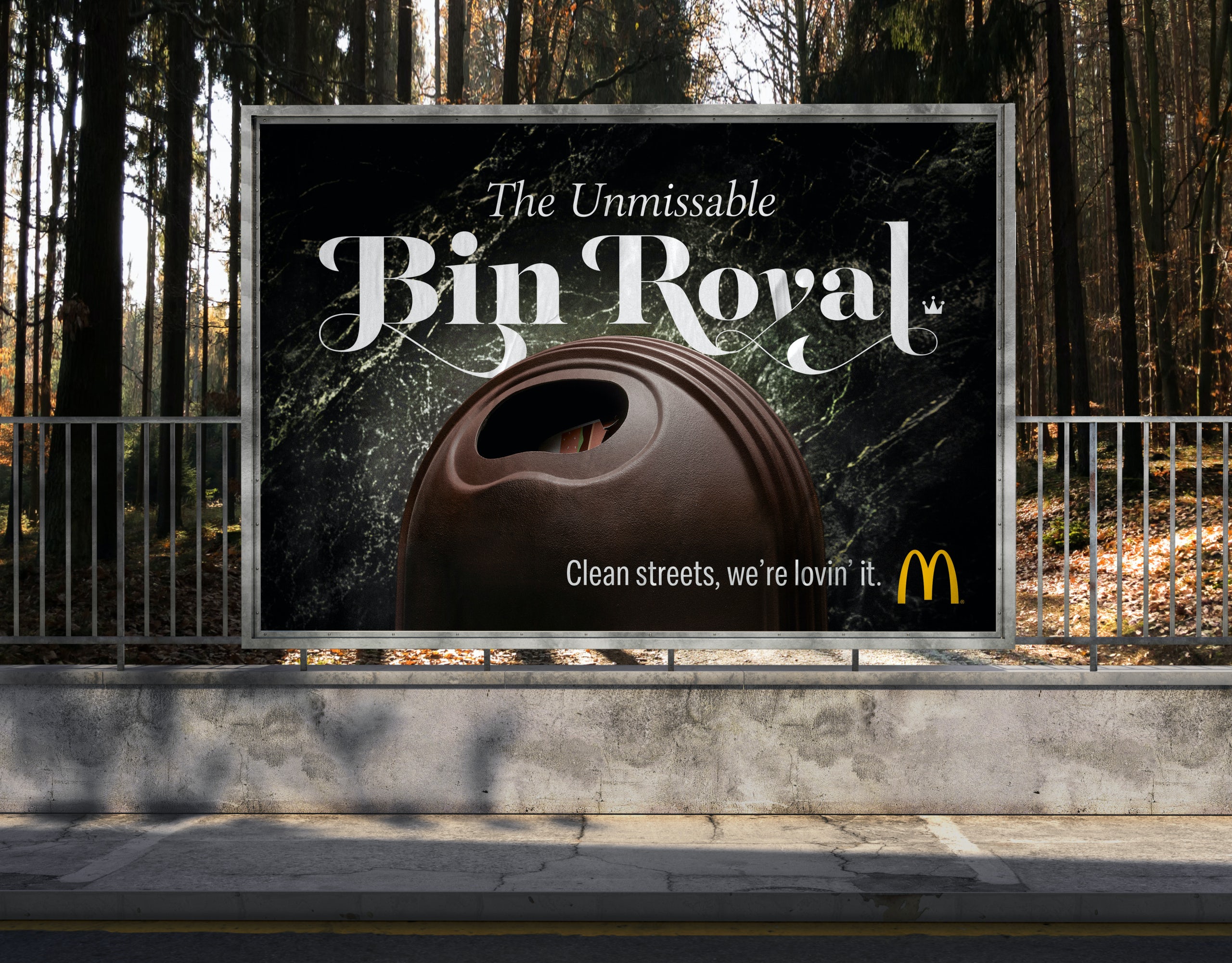 The campaign, which will run on posters, social and in McDonald’s restaurants across Belgium, puts the spotlight on rubbish bins, bathing them in light and pairing them with witty copy.

“We asked Studio Wauters – McDonald’s’ permanent food photographer – to photograph the trash bins,” continues Goldwasser. “The challenge? Making bins look just as attractive and tempting as their burgers. We then applied the typical copywriting and design expertise to the bins, resulting in appetising design and quirky names such as the Big Bin, the Bin Deluxe and the Bin Royal.”