Cultivated meat might ordinarily bring to mind sterile lab environments and the idea that a scientist has been poking around with your food. However, design studio Koto’s new branding for cultivated meat brand Meatable – which uses samples from an unharmed cow or pig to produce meat – aims to show that this is simply ‘the new natural’.

The visual identity puts animals and nature front and centre, from the idyllic photography right down to the natural colour palette inspired in part by farm animal breeds. Meanwhile, photos of the (human) team have been spotlighted in the way you might expect farmers to be, in a bid to do away with the stuffy scientist image.

Since sustainable and plant-based alternatives in the food market generally have to work harder to allay doubts over either how tasty or authentic they are, Koto also gave Meatable’s new wordmark a ‘stamp’ execution in a drive to reinforce its credentials. 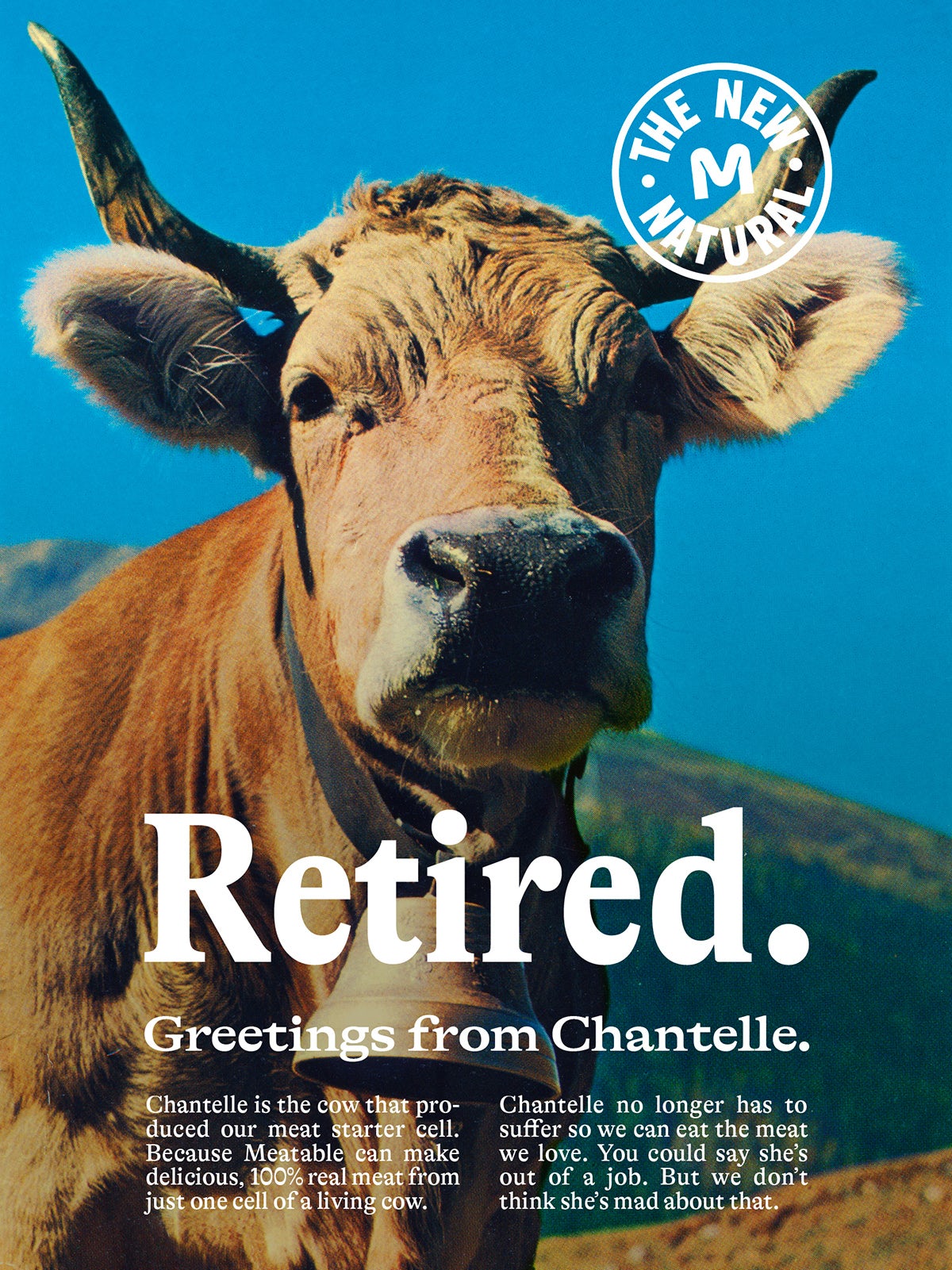 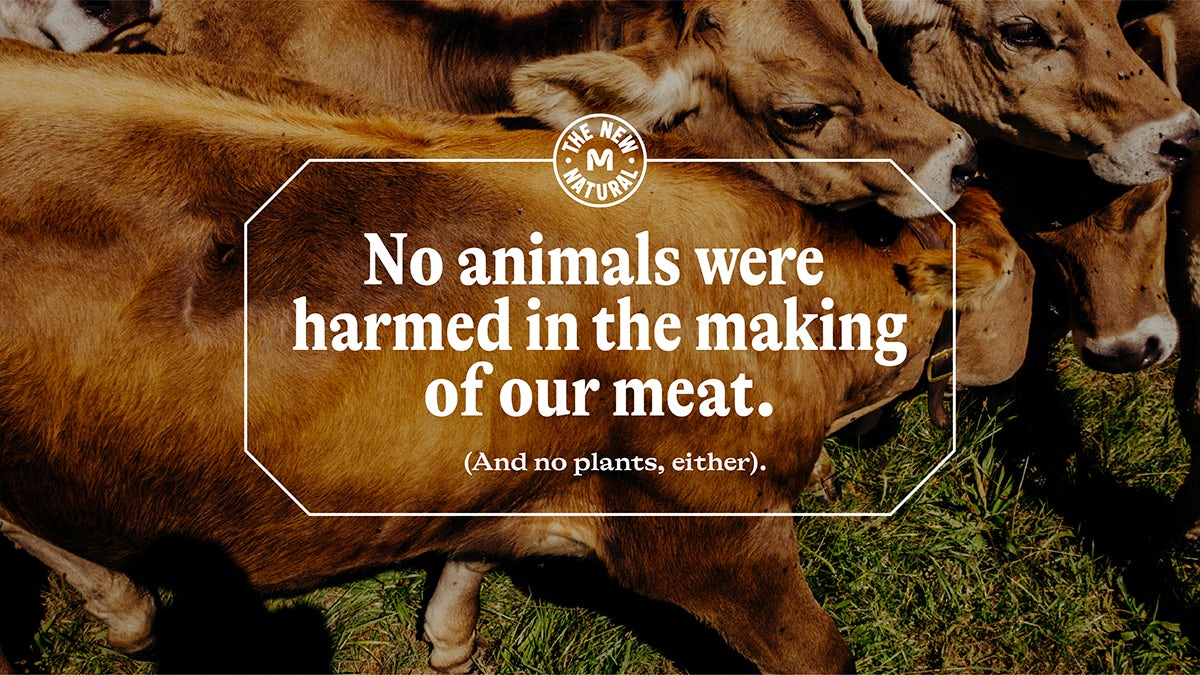 The concept knitting together Koto’s new visual language for Meatable evolved from the premise that animals that aren’t eaten can instead retire in peace in fields.

The idea led them to vintage holiday cards as a key reference point, drawing inspiration from elements such as typography, framing, illustration and overall art direction seen on postcards gathered from Europe and the US. Along with snappy, informative one-liners, the studio also borrowed cues from 60s longform advertising as a way of doubling down on those nostalgic reference points. 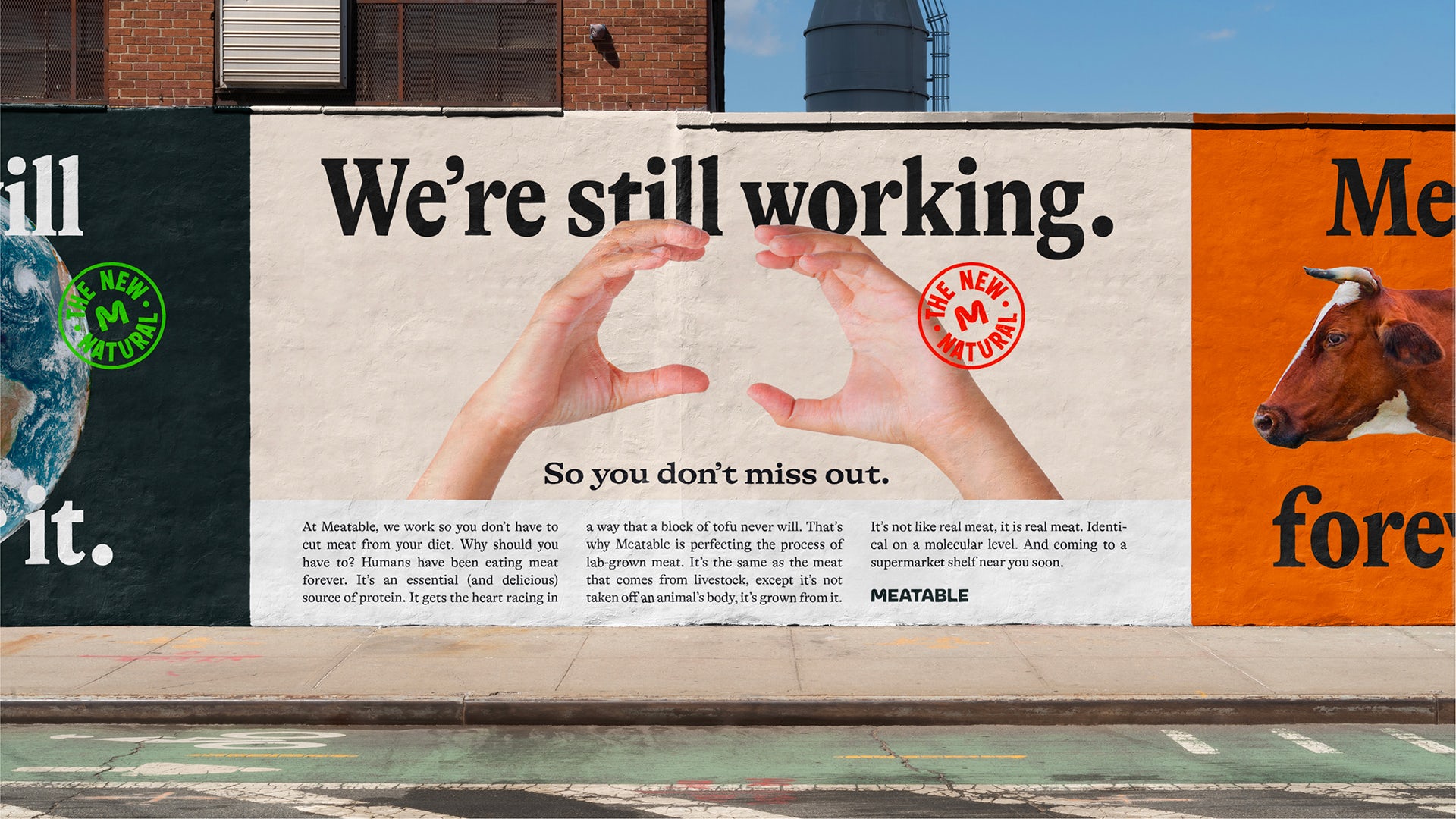 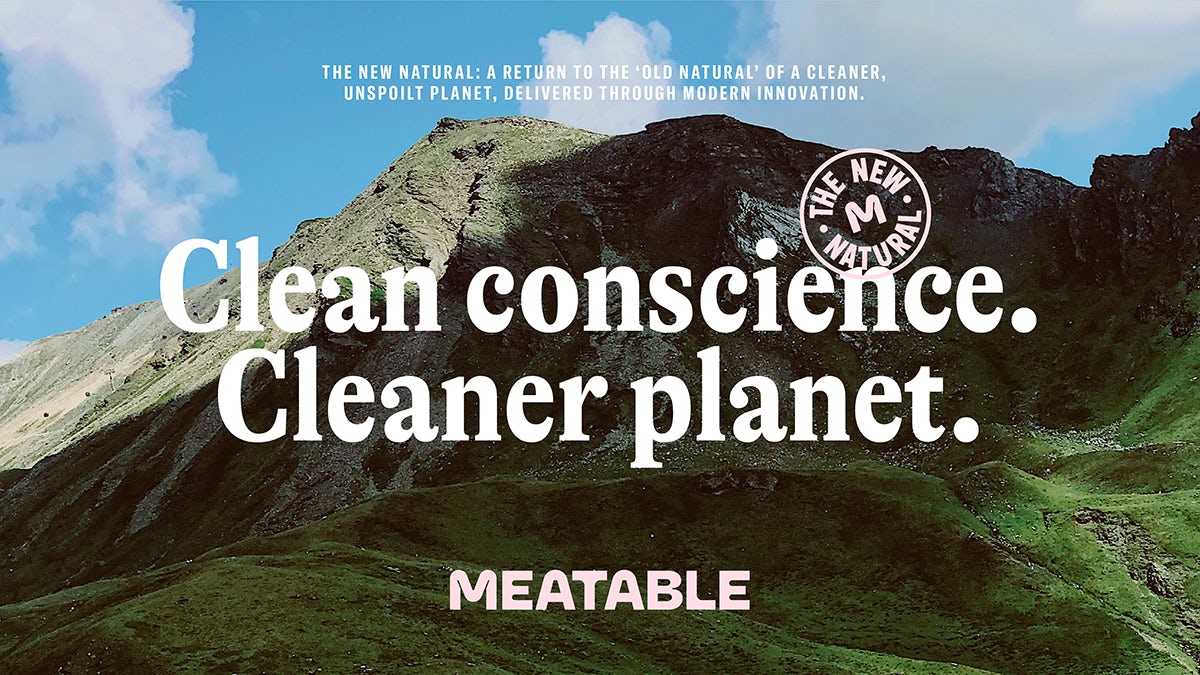 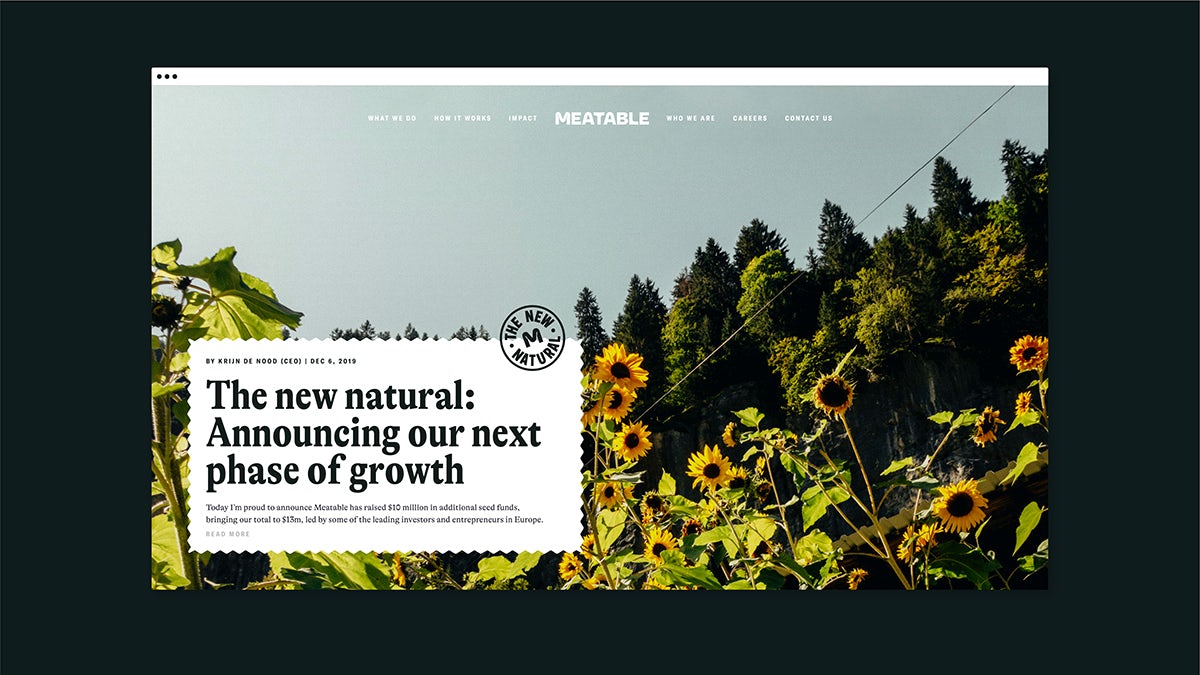 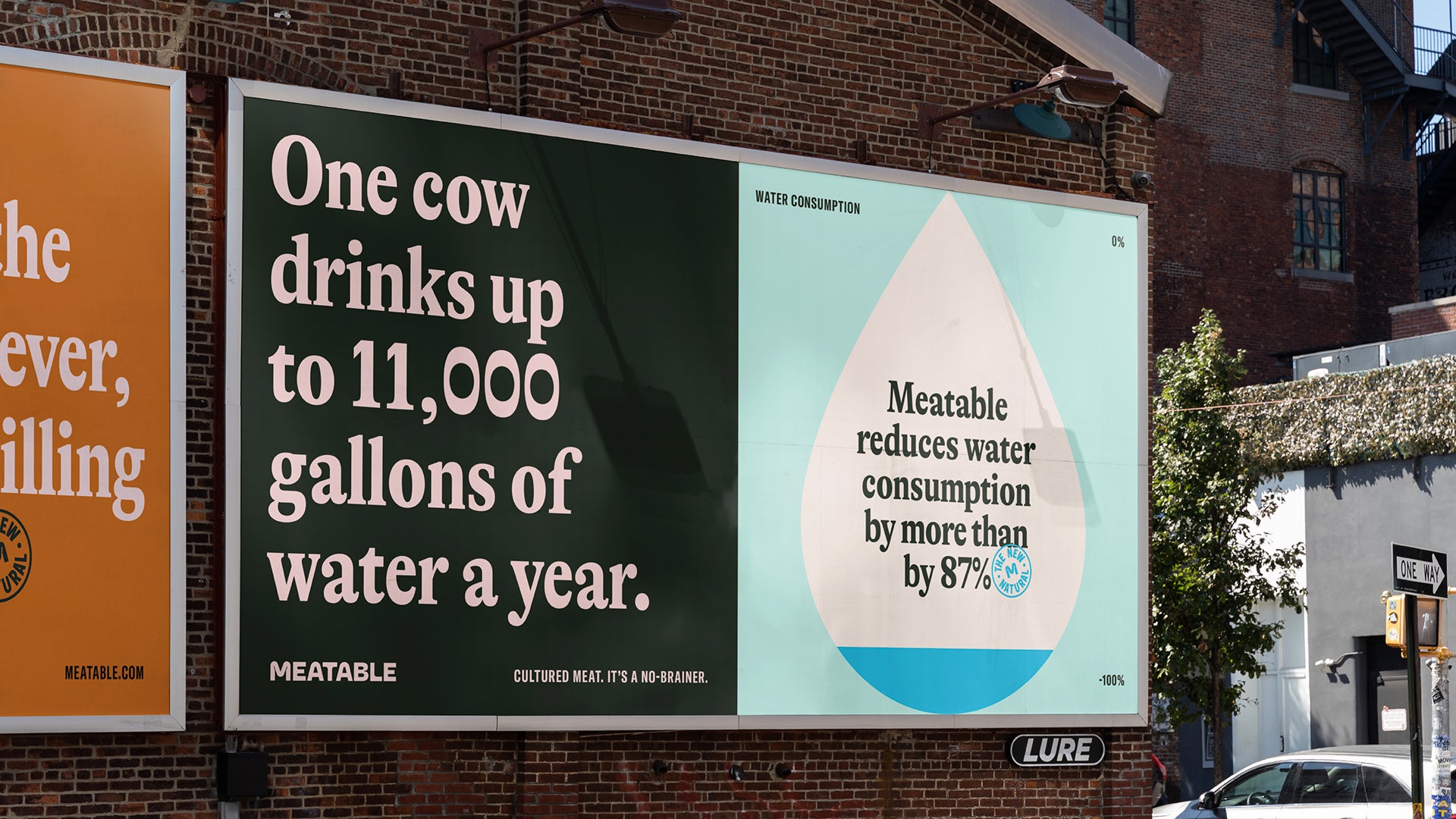 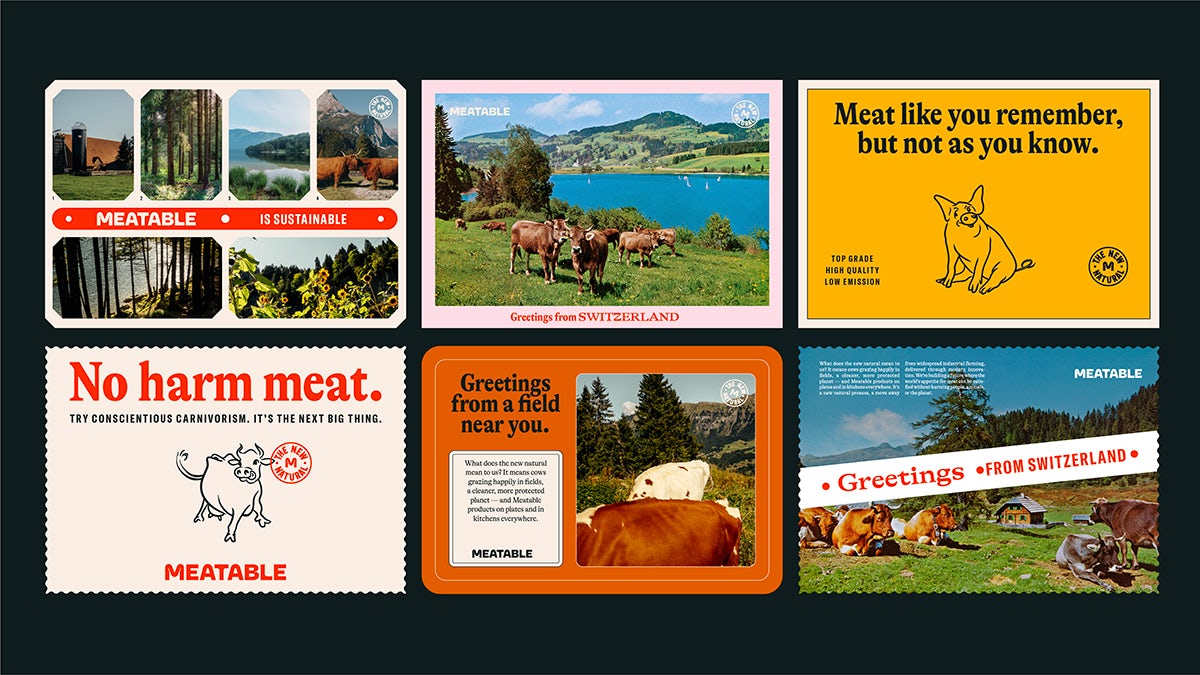 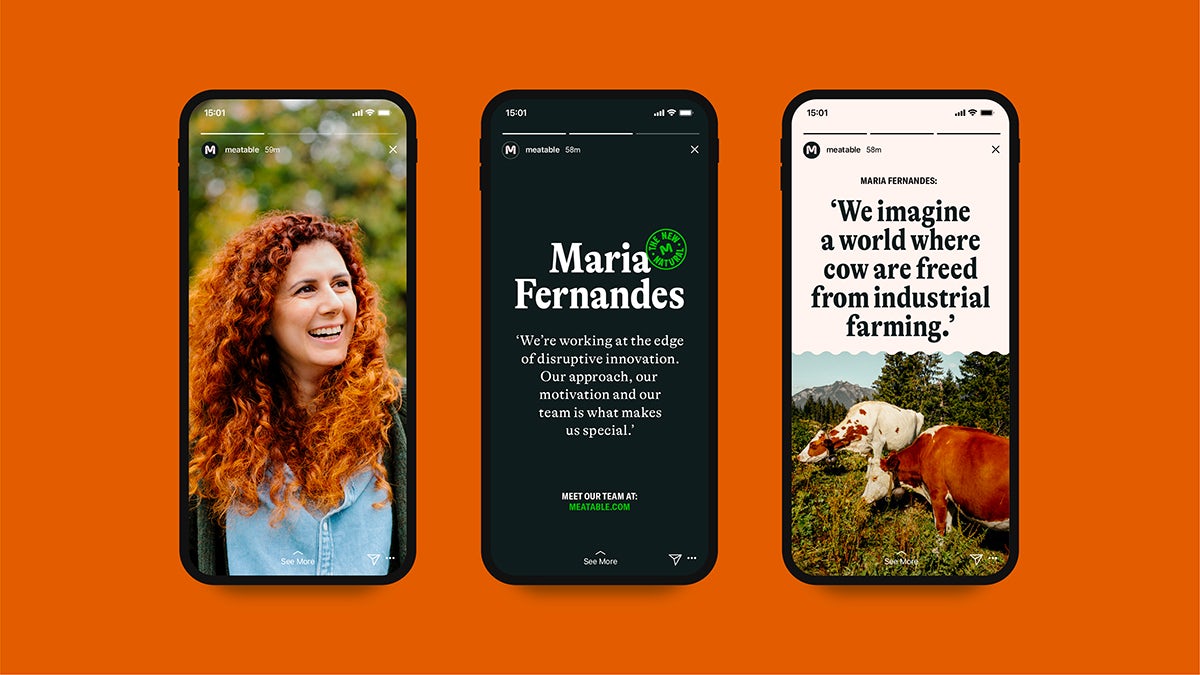 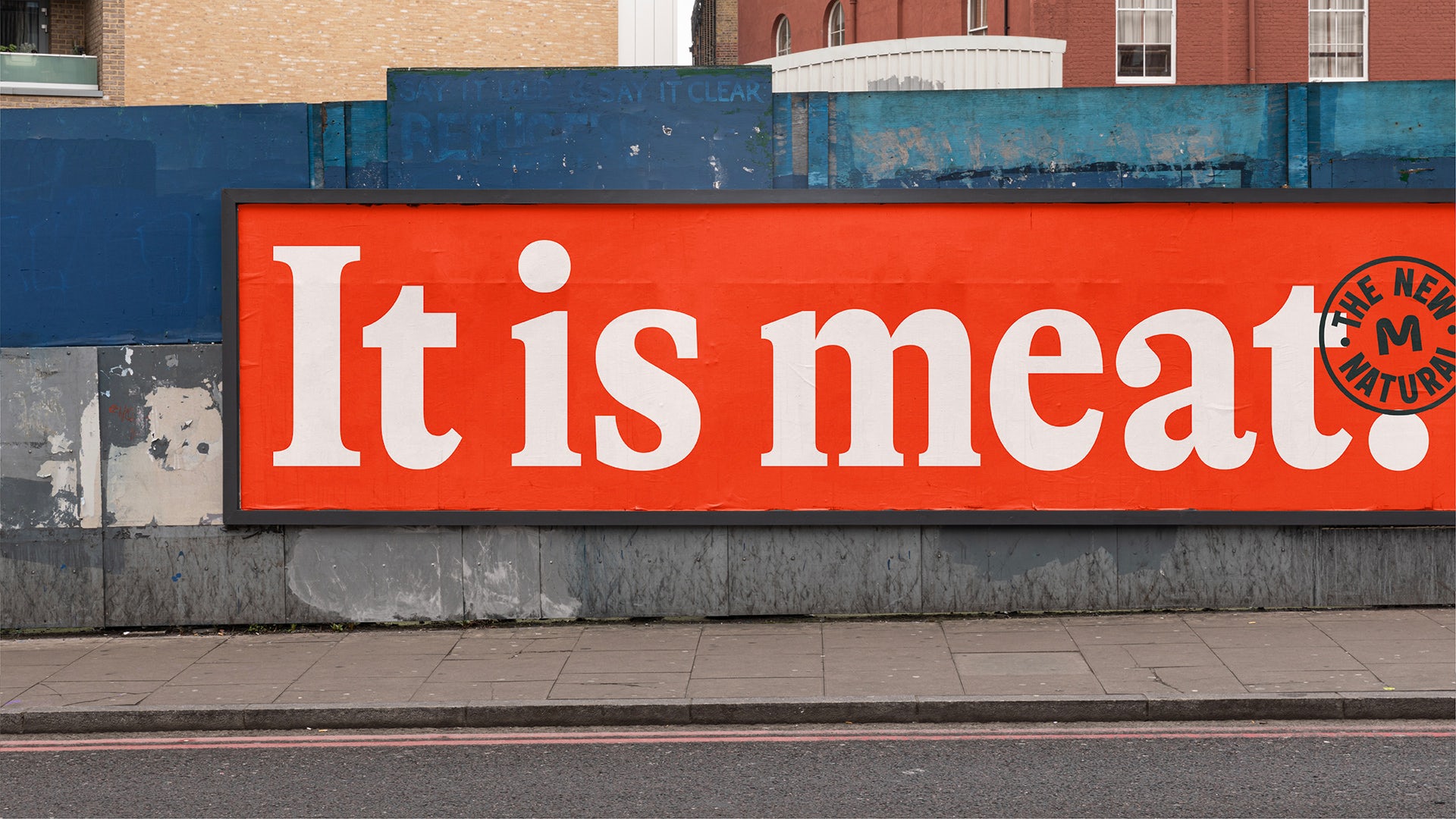