Designer Michael Wolff and NB Studio have teamed up to create the branding for a new app that aims to help small creative businesses and freelancers manage their finances and save time on admin.

ANNA – which stands for Absolutely No-Nonsense Admin – is a subscription-based fintech start-up targeted at freelance creatives and small- and medium-sized businesses such as design studios, architects, independent cafés and breweries.

The service combines a current account and physical debit card for users, as well as a virtual card that can be accessed through the accompanying app. Using a combination of artificial intelligence and a human customer support team, the app can also give users an overview of their expenses, predict cash-flow and send and chase up invoices.

It works by using AI to analyse someone’s emails and work out how much they are owed, by who and when payment is due. Likewise, when users receive an invoice, they can forward it on and the app will automatically prepare payment information such as surnames and sort codes. 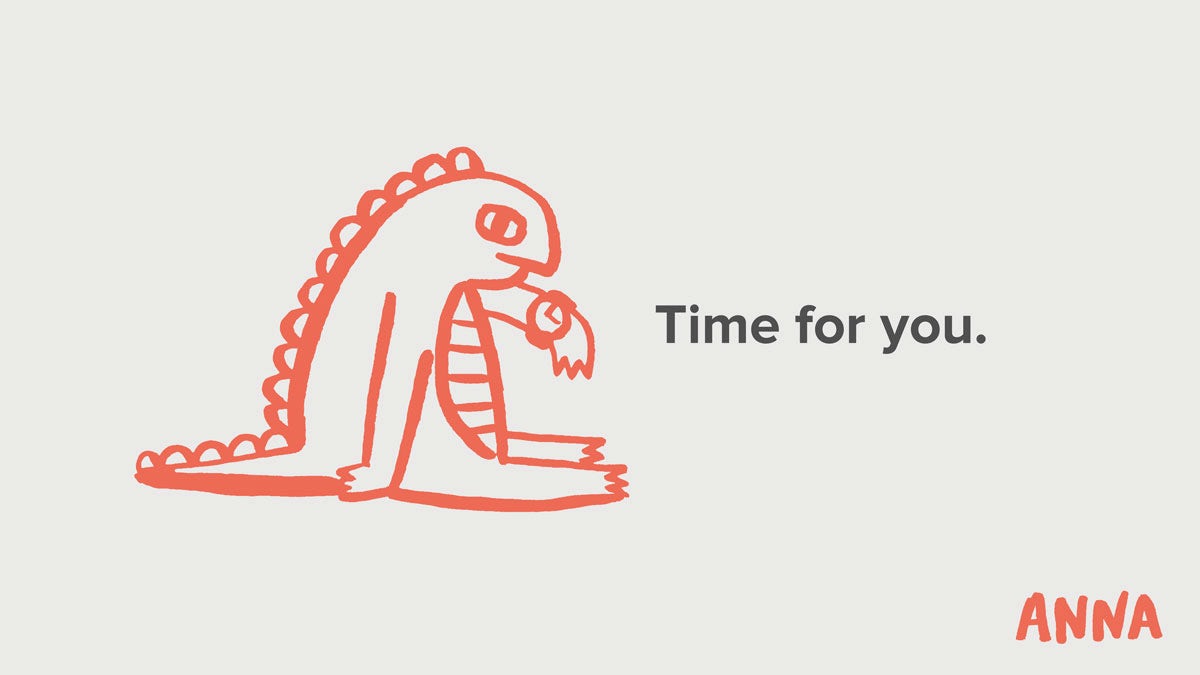 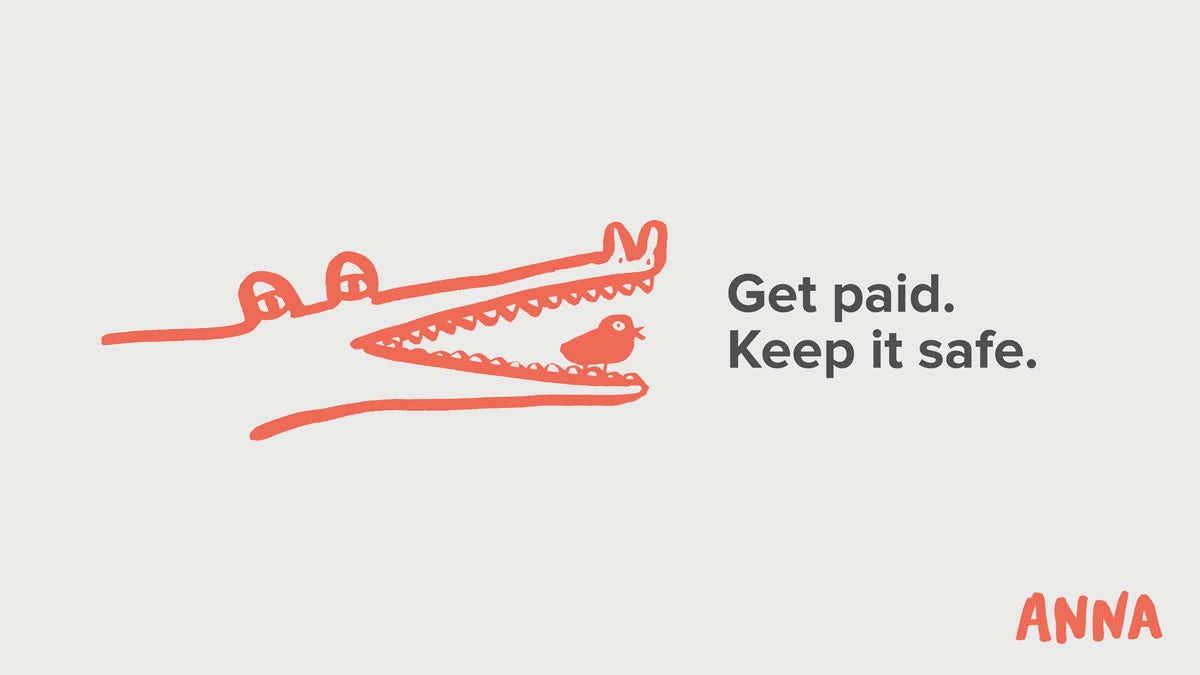 Having worked with the people behind ANNA on a number of other projects previously, Wolff was commissioned to come up with a name for the start-up, and teamed up with long-term collaborator NB Studio to create its identity.

“My brief was to equip [ANNA] with authentic self-expression,” says Wolff. “To create a concept, capable of revealing them in an original, distinctive, comprehensive and natural way, so who they are and what they stand for becomes clear to everyone they deal with.” 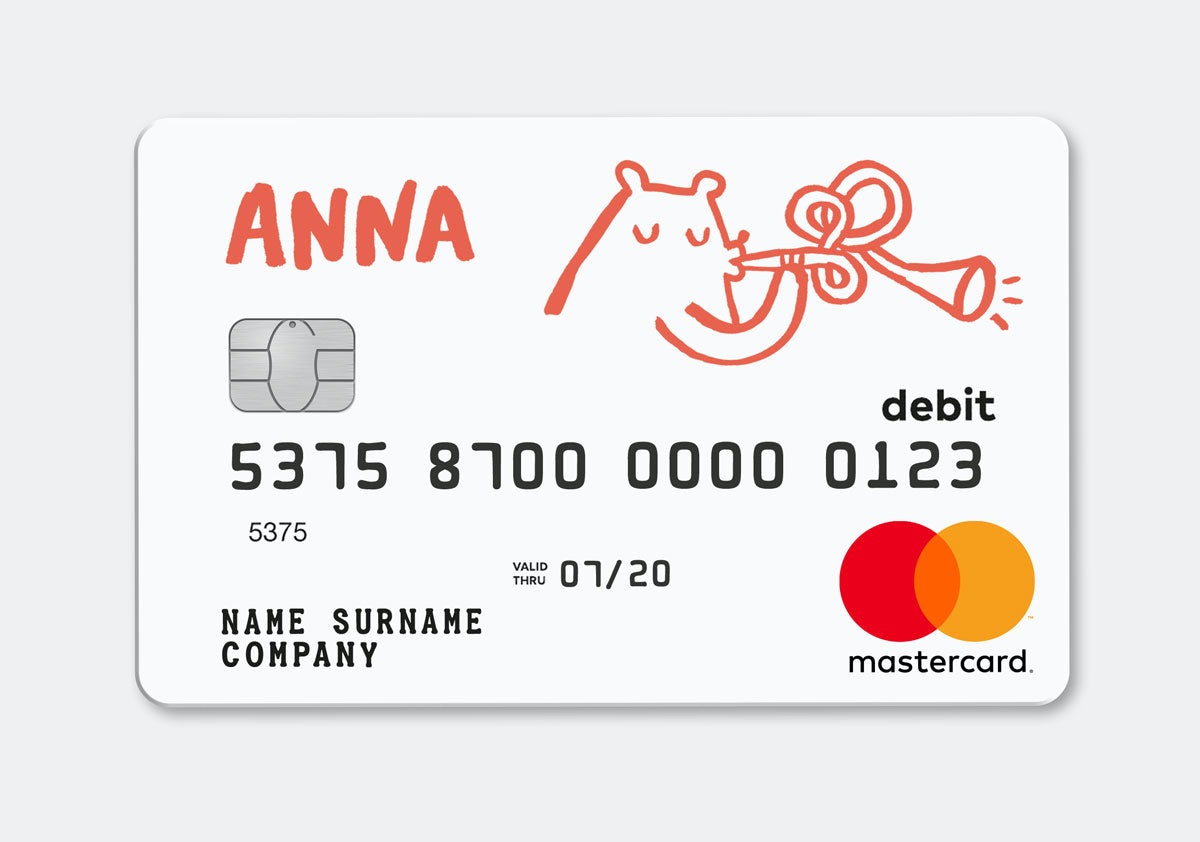 As well as the clever use of acronym, the choice of name intentionally gives the brand a female face. “In a world of conventional business brand names, a female name can imply a human, less brittle, warmer and an unusually sensitive attitude to life,” says Wolff.

The logo features a handwritten version of the name to express ANNA’s “good nature”, says Wolff, and uses the terracotta shade seen throughout the rest of the identity. “Most brands in what’s called financial services use cold or cool colours,” he adds. “For instance, most banks are blue. Terracotta is a warm and earthy colour, both literally down to earth and unquestionably warm.” 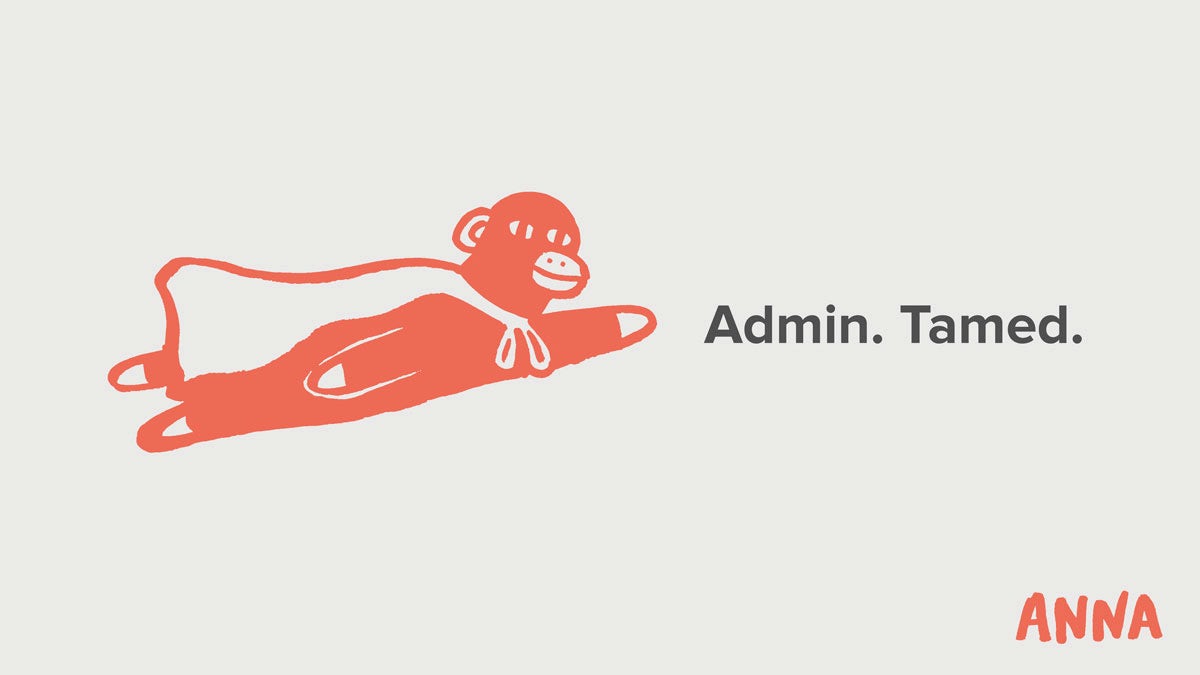 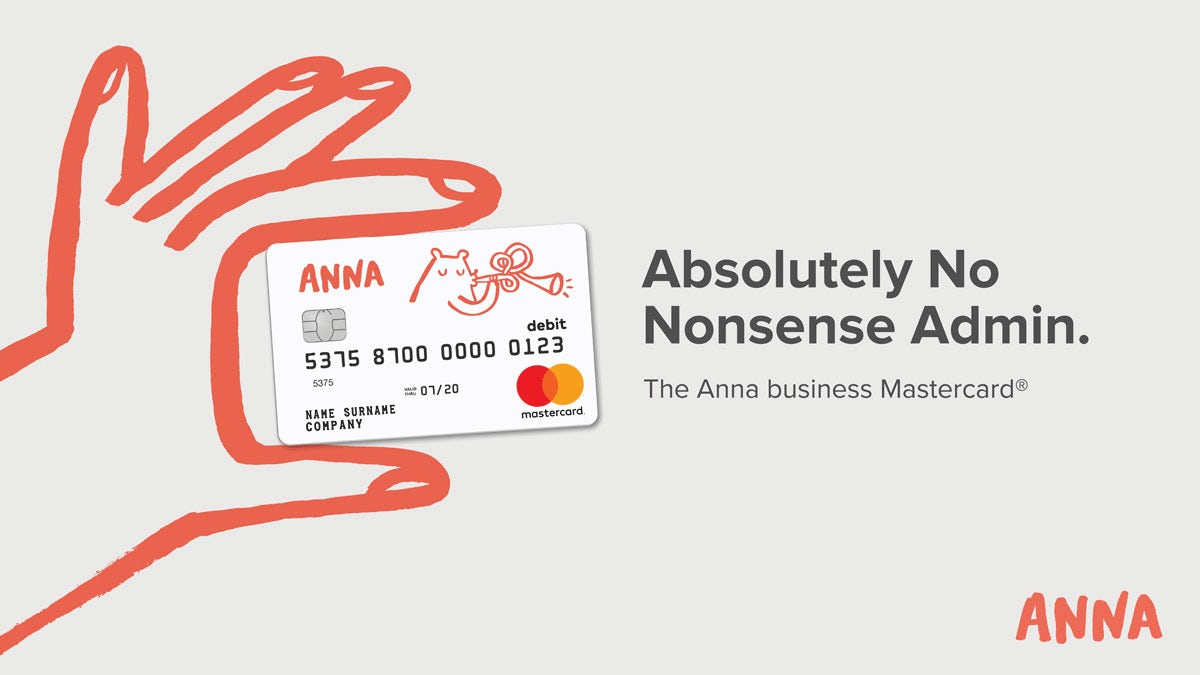 A series of cute illustrations by Alice Bowsher depicting different animals and hand gestures also appear in the terracotta shade. “[Bowsher’s] illustrations are always friendly,” says Wolff. “They’re intended to bring a smile and to give people a feeling of empathy and warmth. Warmth is not a quality normally associated with business, money or admin, [which is] why Anna is unusual.”

ANNA isn’t the first finance brand to take a more human approach to its branding. Over the last couple of years, a number of digital-focused challenger brands such as Monzo and Starling have come onto the scene, while established names such as NatWest and Mastercard have felt the pressure to adapt their looks in a post-financial crash world. 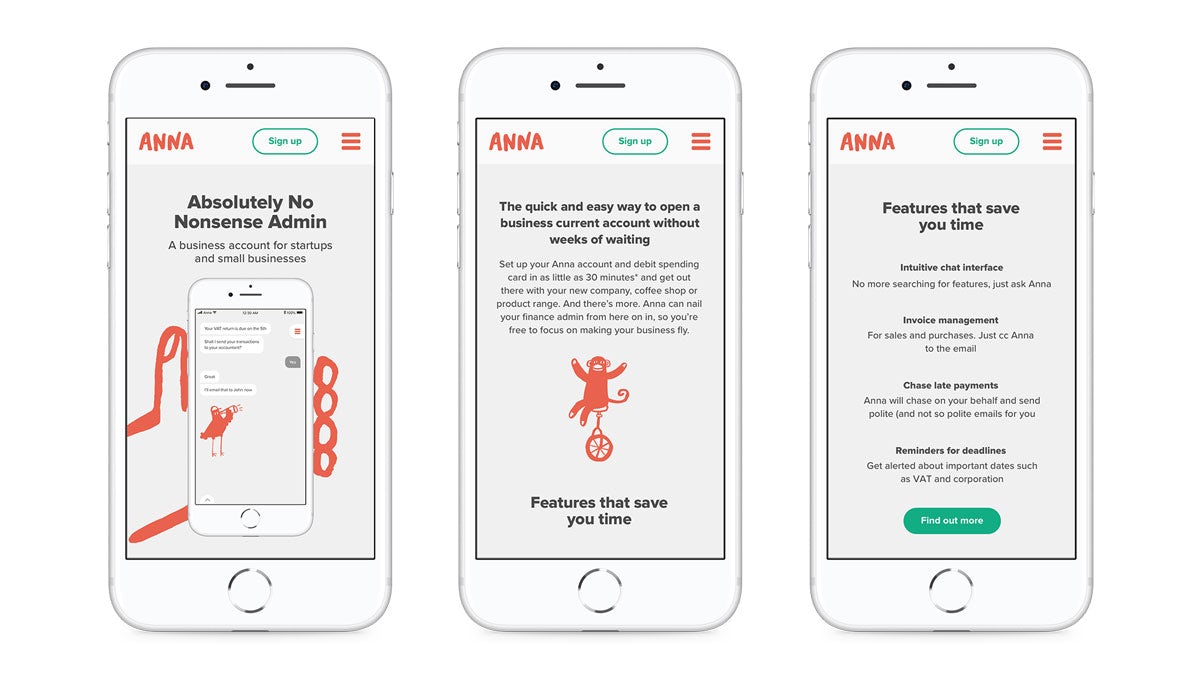 Wolff puts the changing approach of more traditional finance brands down to three key reasons: guilt, embarrassment and ingratiation. “This has been exemplified recently by Lloyds Bank,” he says. “Lloyds claim to have been by our side for hundreds of years with a herd of galloping black horses that end up nuzzling people in an unlikely crowd on a beach. Most people know that Lloyds, like many other banks, pay their directors excessive salaries and squeeze every penny they can out of many of their financially naive customers.

“‘Your call is important to us’ no longer cuts the ice,” Wolff adds. “It’s both self-evident and sometimes palpably untrue. There are, and inevitably will be more brands in which interactive messages will show more restraint and originality. Brands and those who create the behaviour that result in brands learn from each other, but inevitably the underlying truth is always revealed.” 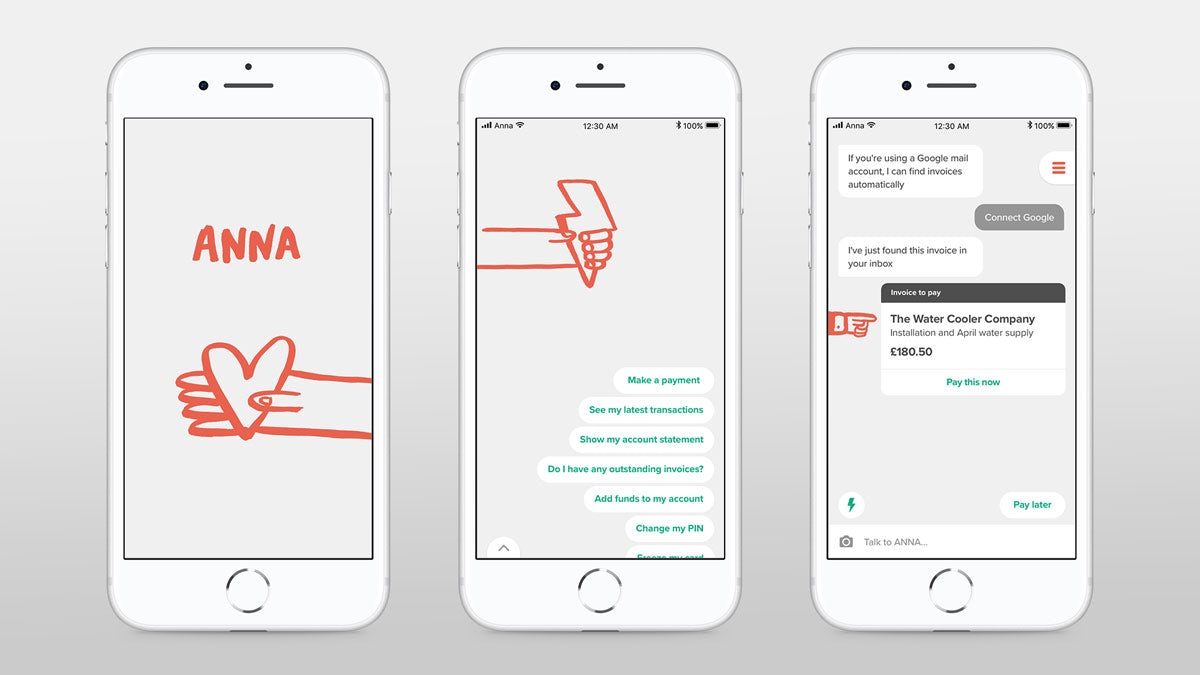