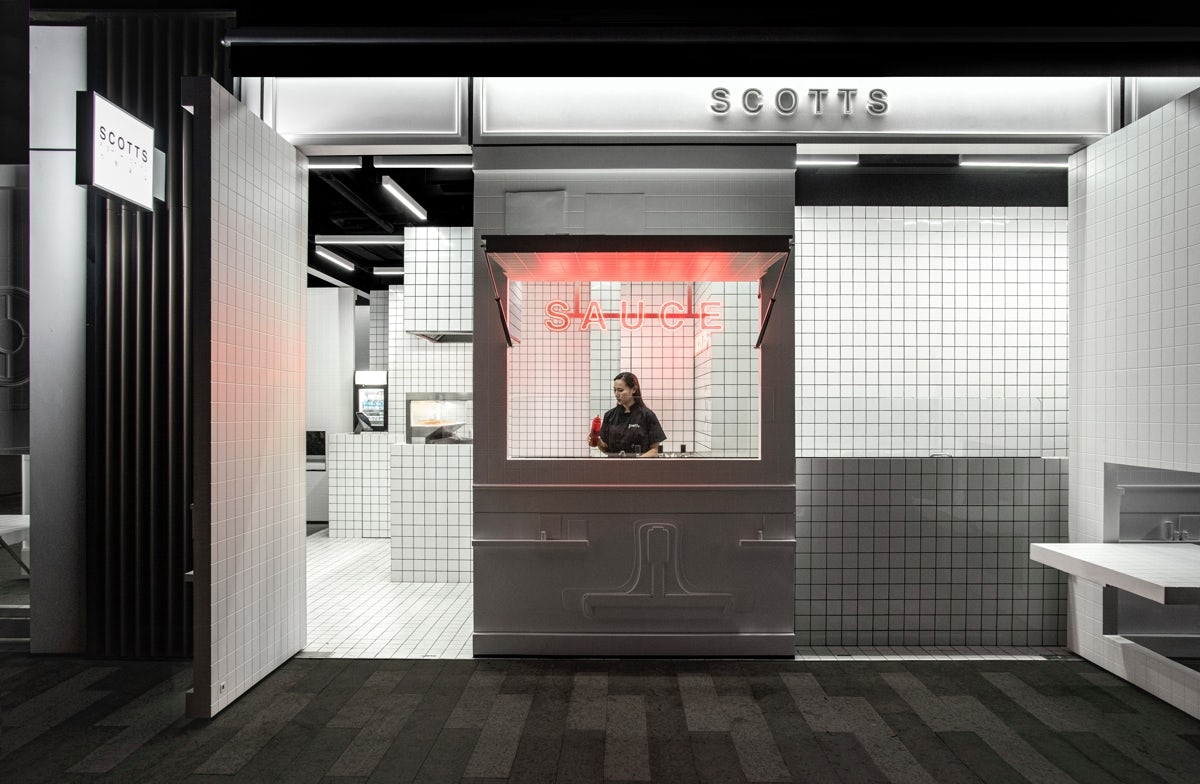 The end result isn’t exactly as you might expect, but there are some definite recognisable details – such as the square white tiles, and the engraved salt and pepper pots and fish menu.

Unknown Works, which has offices in London and Hong Kong, based the building on scans of the interior and exterior of chippies all over the UK – including Scotts, the Yorkshire chip shop that inspired its name (which has proved popular with Chinese tourists). The details of everything from joinery and decorative façades to patinas and the texture of wallpaper was imported into a ‘library’ of architectural elements.

These are expressed in the unfolding exterior of the Chengdu Scotts – crafted by the same people that make oversized mascots for Disneyland and film sets for Marvel – which opens up to extend the limited amount of space inside the restaurant. 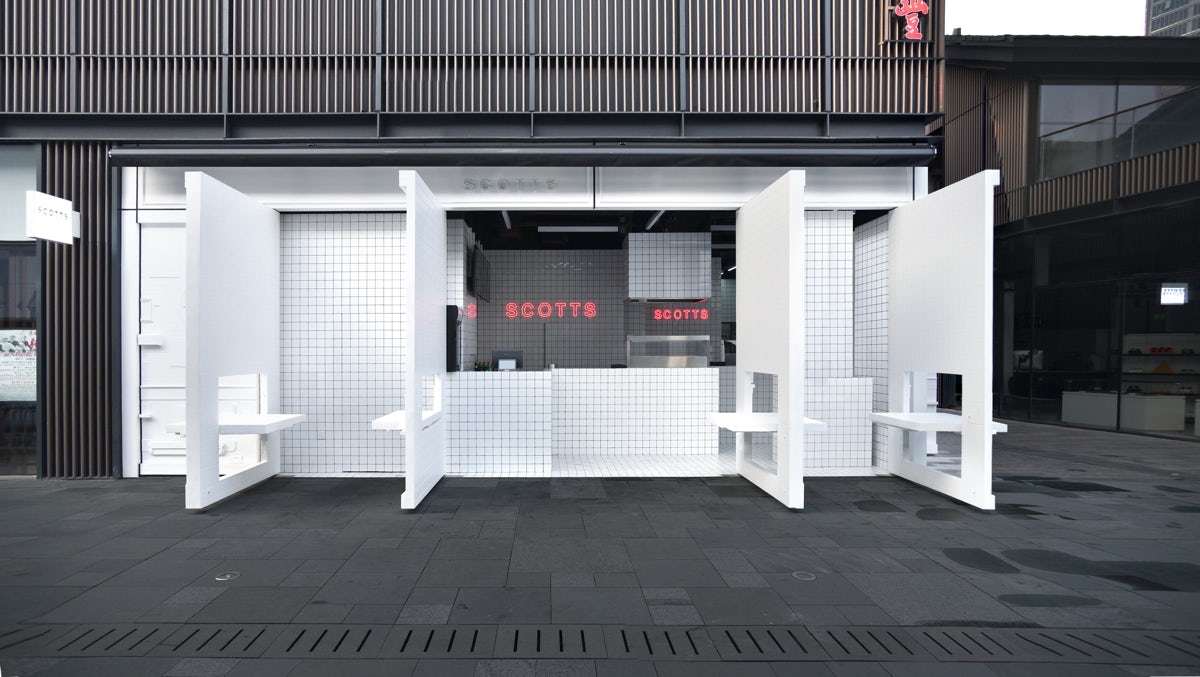 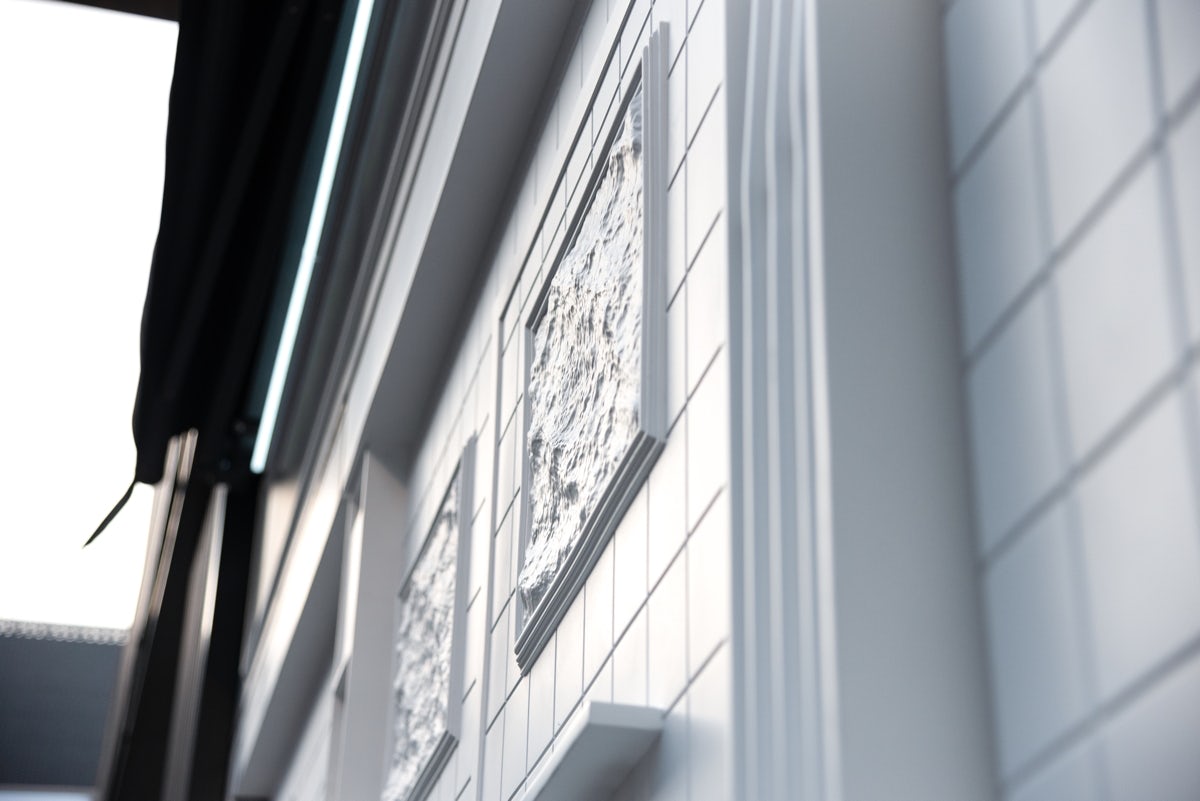 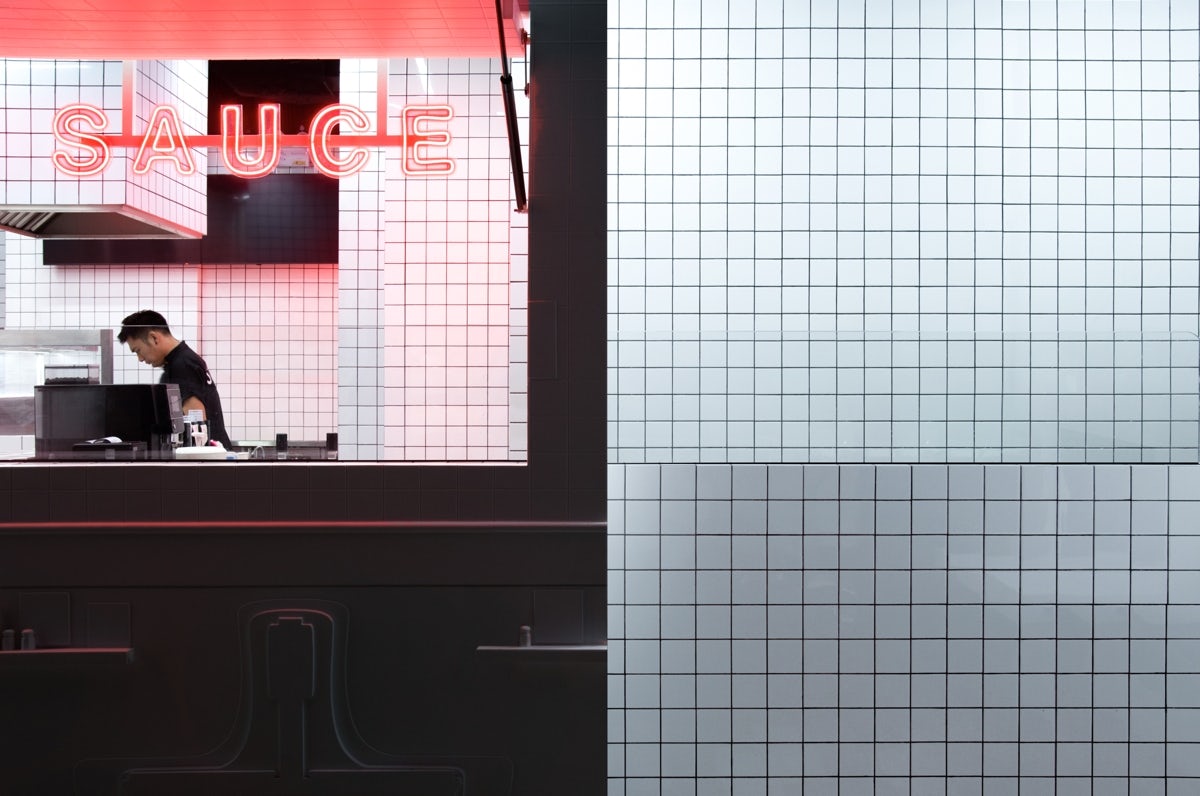 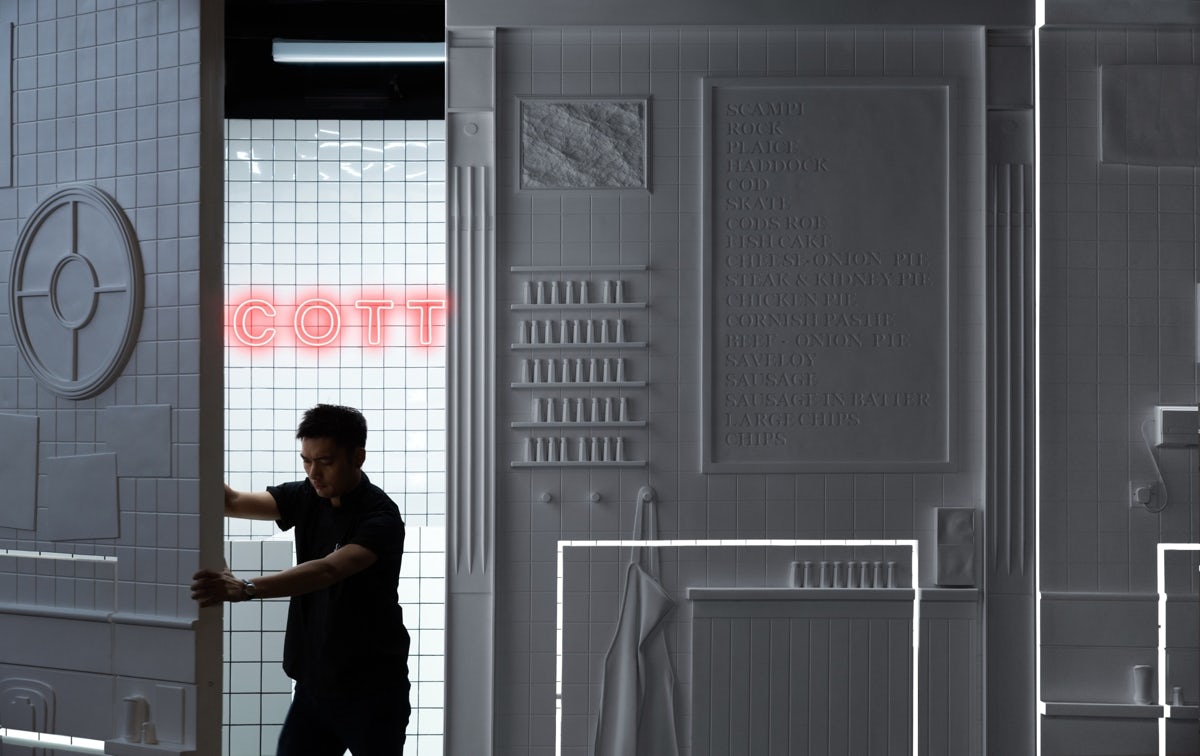 According to the architects, this is the first outpost of what will be a series of traditional chippies in China, and is intended as a sly wink at ‘Shanzhai’ – a term referring to counterfeit goods.

It’s an interesting play on China’s uneasy association with ‘fake’ products, but more than that it’s all just enjoyably quirky – something far too often lacking in architectural projects.