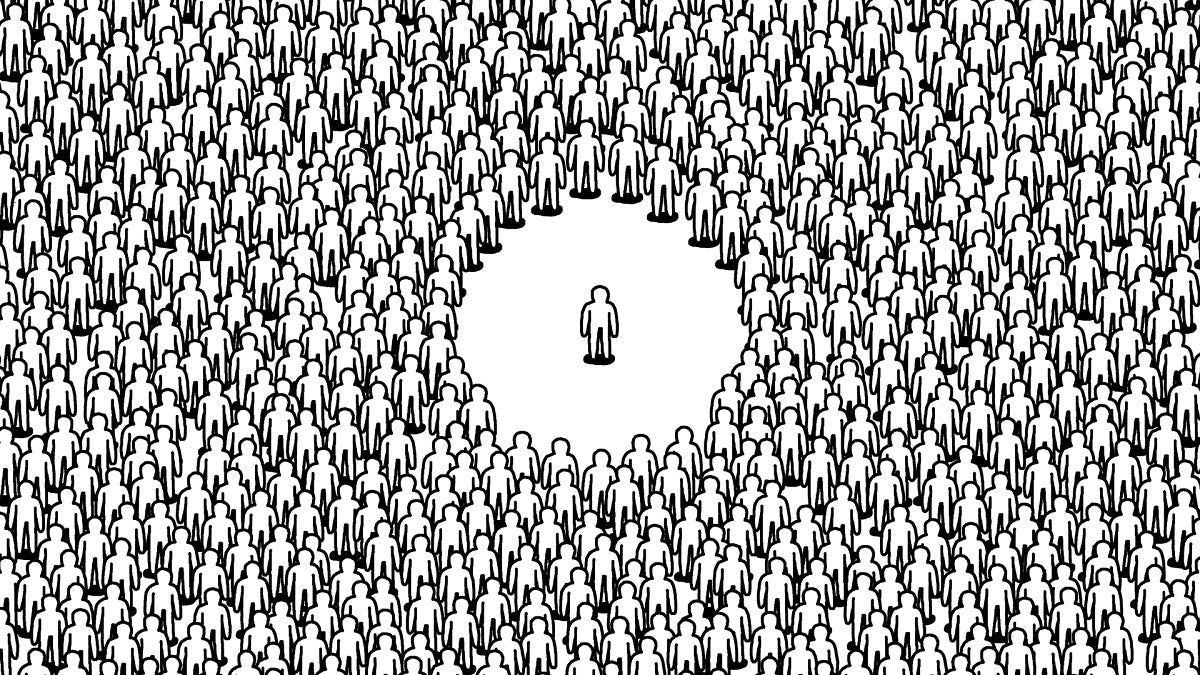 Artist Michael Frei and game designer Mario von Rickenbach created Kids to explore how the game-making and filmmaking process could come together.

When played on an iPhone, Kids feels like an interactive animation, tasking the player with pushing faceless and genderless groups of cartoon people down holes and pulling them along weirdly organic tubes. For some reason, the whole thing is strangely soothing.

Says Frei: “My initial questions were very simple: how do we define ourselves? How much are we just a product of our circumstances? How do we decide what to do and where to go? I started to experiment with scenarios that describe human relationships by the positions blank characters take relative to one another. Mario and I tested and abandoned ideas until Kids grew to something we liked.”

If games aren’t your thing, the same nondescript crowds appear in the Kids short film, as well as an art installation that includes a collection of puppets and interactive scenarios. It’s already been shown in several cities, including most recently at 3daysofdesign in Copenhagen. 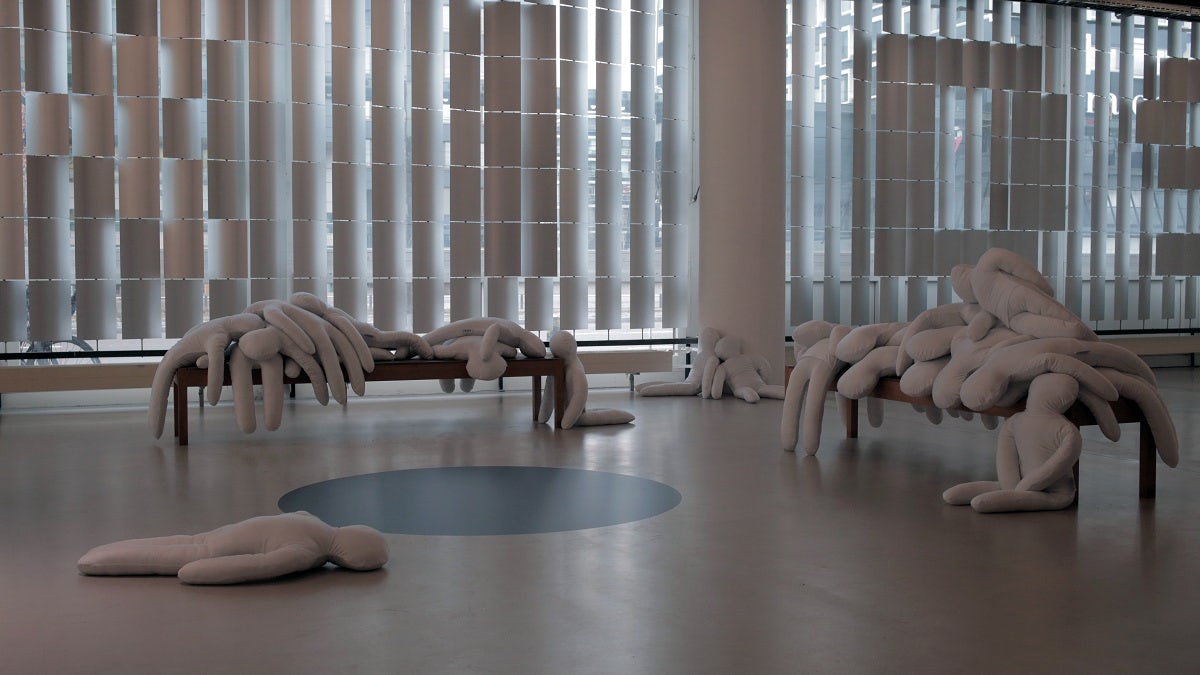 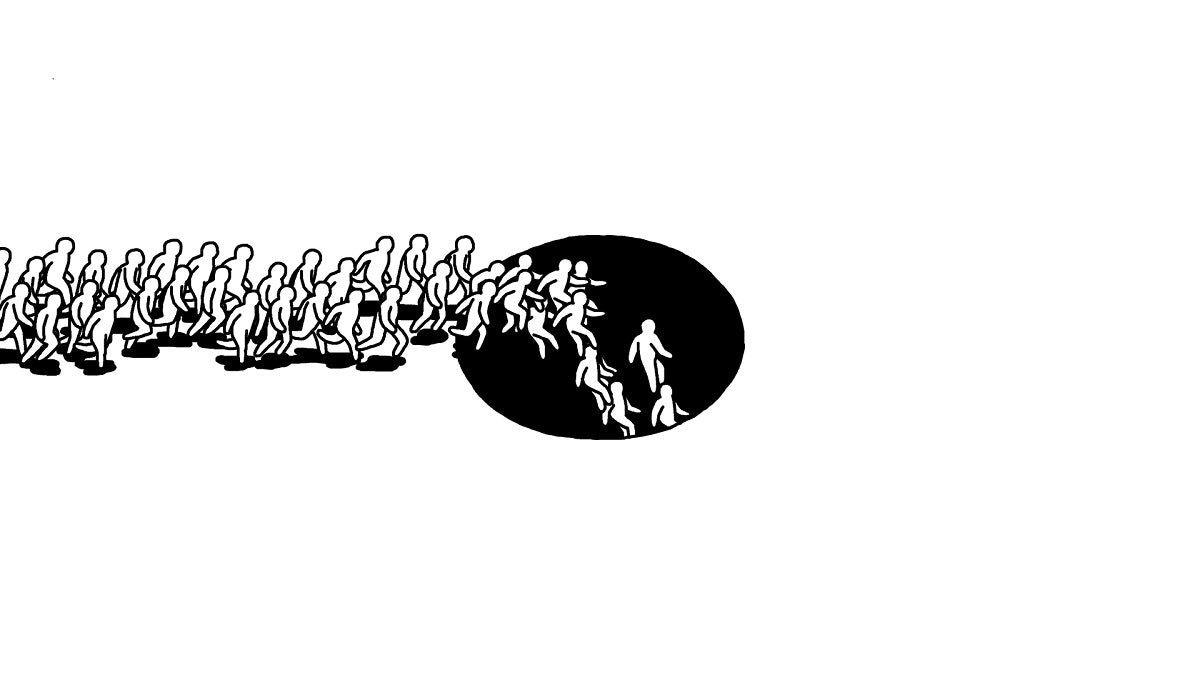 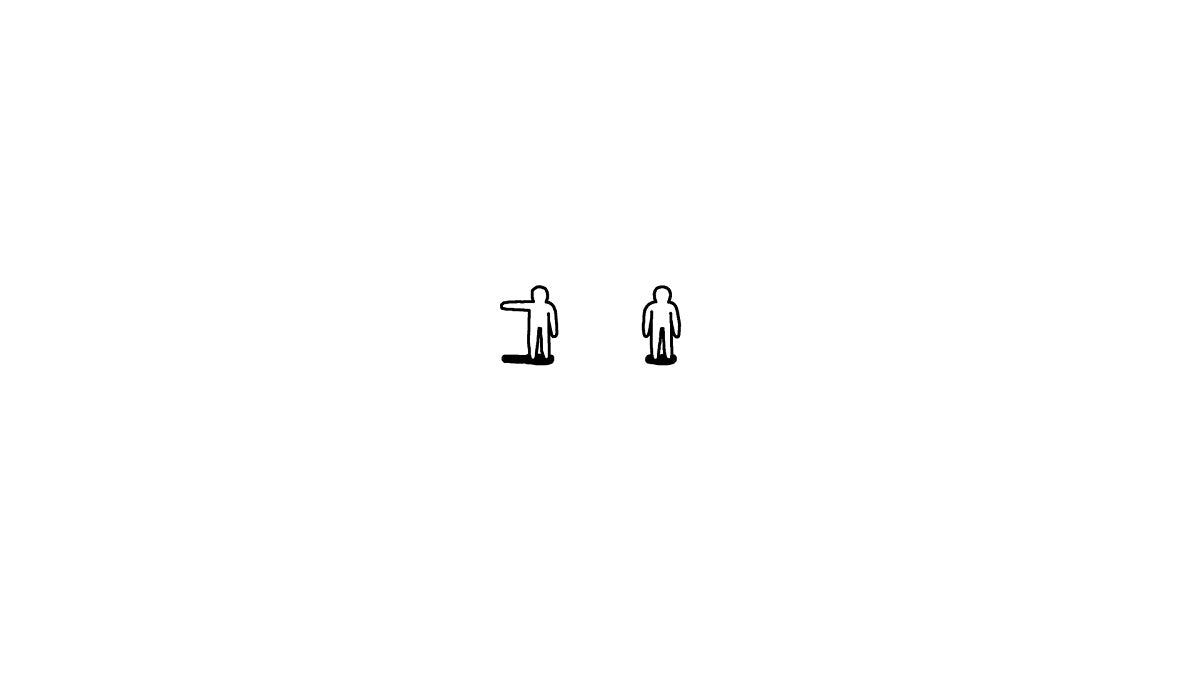 “Boundaries shift as our language does,” Frei told CR, of his decision to make something that stretched across media. “The tools to create digital things become more easily accessible and stuff can be rendered in real-time. It is interesting to see how people without a background in games will find new ways of adding interaction to their vocabulary.”