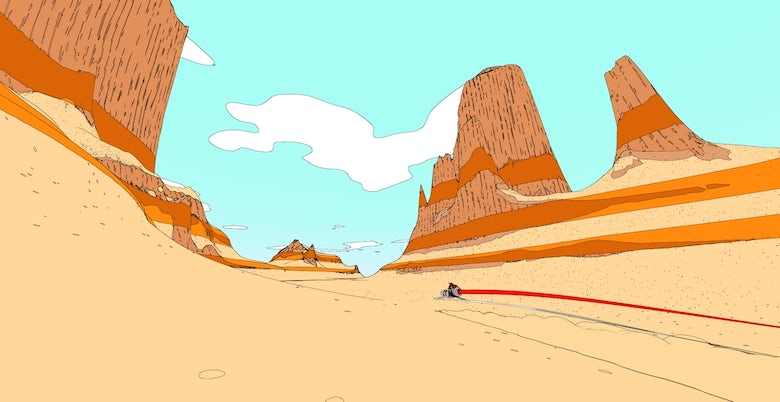 There’s not a gun, life metre or platform puzzle anywhere to be found in the world of Sable. Instead, players are free to roam through a vast desert, stumbling on mysterious buildings and settlements along the way, and learning more about the titular main character and the world she inhabits. Its open-ended structure lets players explore free of any specific narrative, in contrast with major games titles which set quests, offer challenges, and do anything they can to hook players in. But more than its fluid structure, it’s Sable’s undeniably beautiful visuals – akin to stepping into a living graphic novel – that have earned its announcement trailer over 40,000 plays.