Founder and editor Mathieu Triay – who’s on the BBC Research & Development team – launched Visions to reconsider sci-fi’s place in the literary world. “Lots of my friends are not into science fiction, and every time I talk about it I almost get laughed at, it’s not taken very seriously,” Triay told CR. “I find it weird that one of the best-selling books in England is 1984, which is one of the most classic sci-fi books you can name, but it’s not regarded as that because it’s reached that status.

“With Visions, I wanted people to be more familiar with what I thought was good science fiction. Putting the philosophical side forward, and also the humorous side, which is often overlooked.”

The first issue of the mag is themed around the home, and features short fiction as well as essays, and a series of pieces ‘written’ by a bot. Triay chose stories from several submissions, as well as featuring pieces from now out-of-print author Fredric Brown – a personal favourite of his. 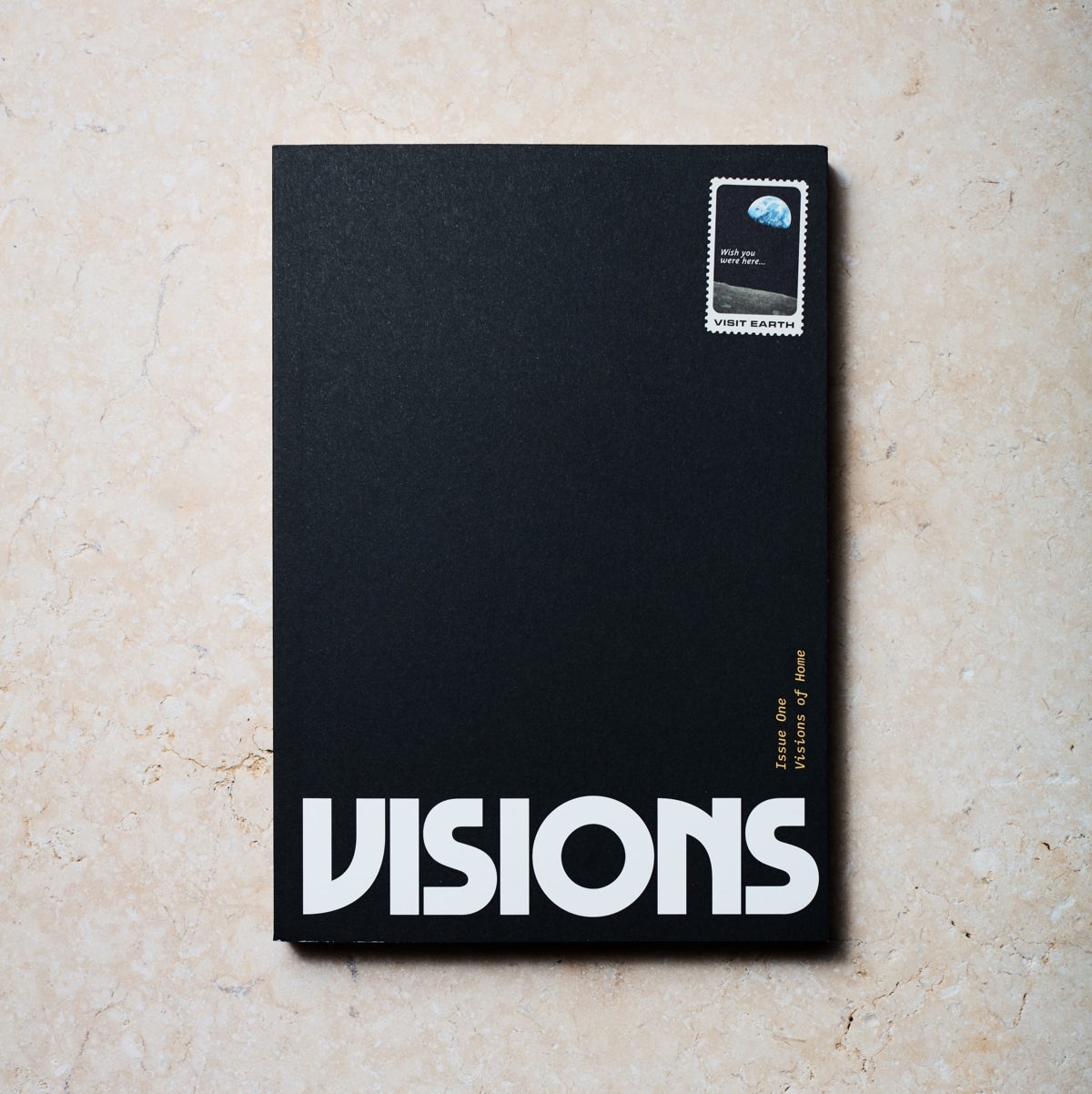 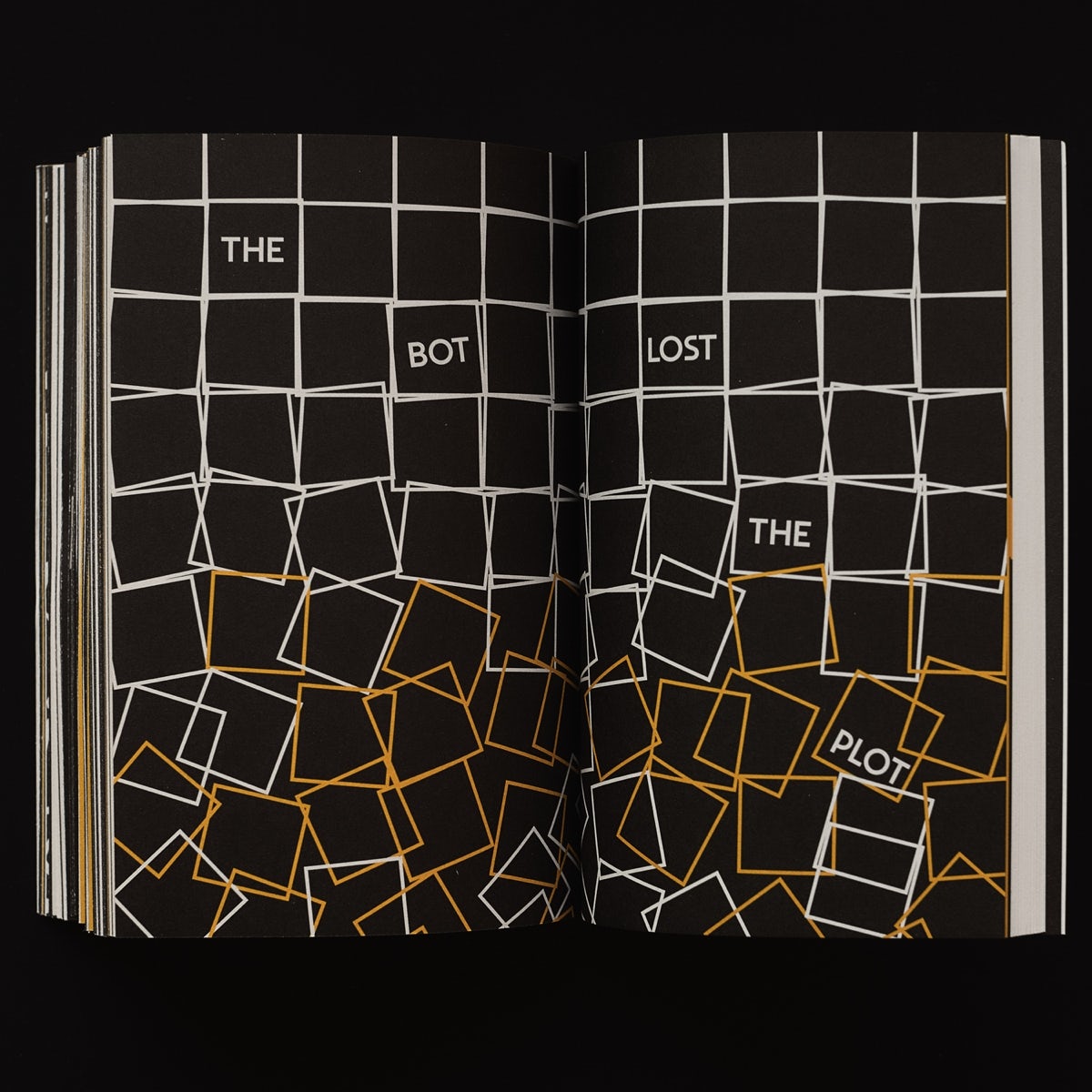 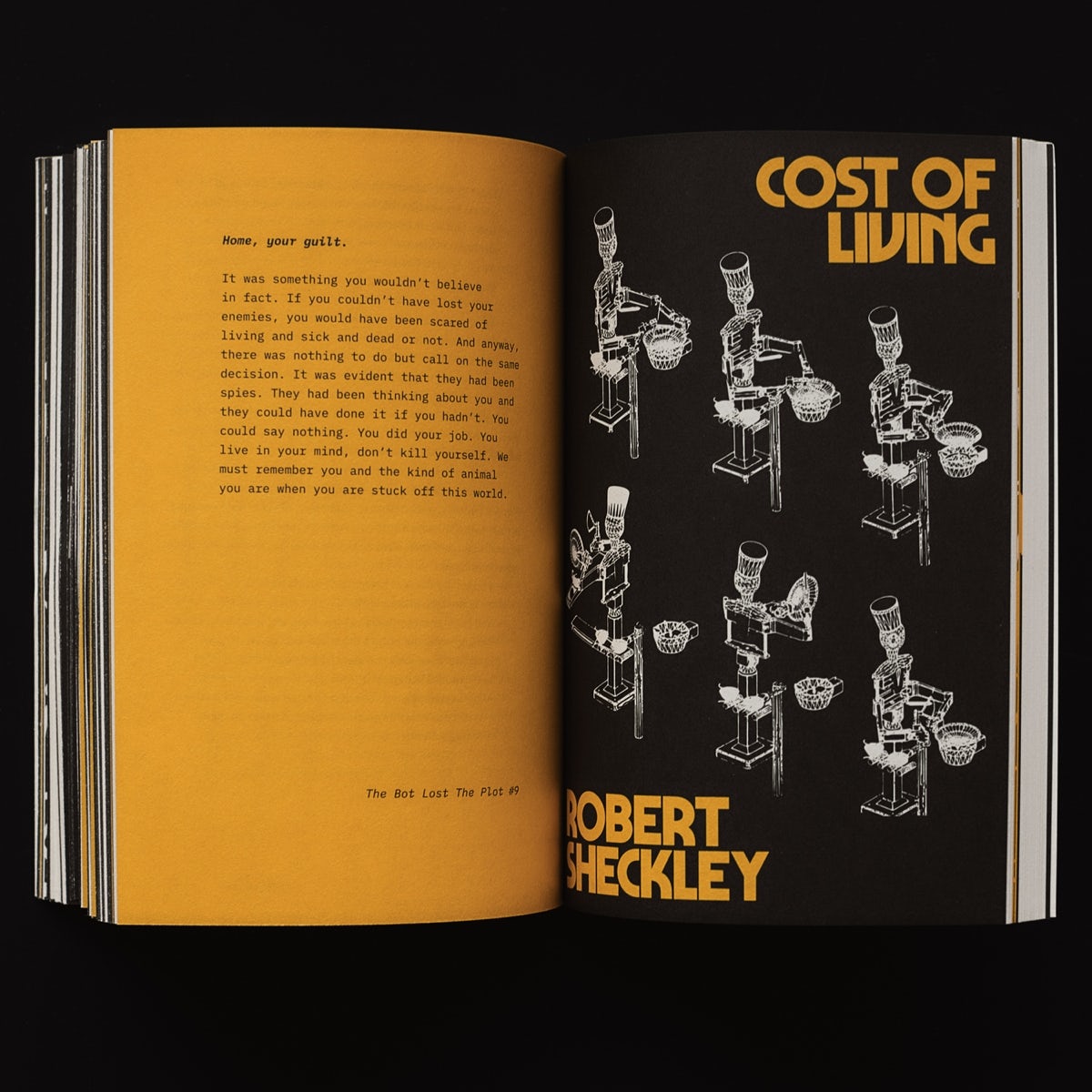 The magazine has a pleasantly vintage feeling to it, perhaps thanks to its use of Marvin Visions – a typeface also designed by Triay, and based on letters found on old book covers.

“The more I researched it, I realised this slightly futuristic stripped down Art Deco style was used throughout the 70s and 80s on science fiction covers,” says Triay, who used sales of the typeface to fund the magazine. “It’s got that echo of vintage sci-fi. Visions of the future imagined 50 years ago – which is where the name comes from.” 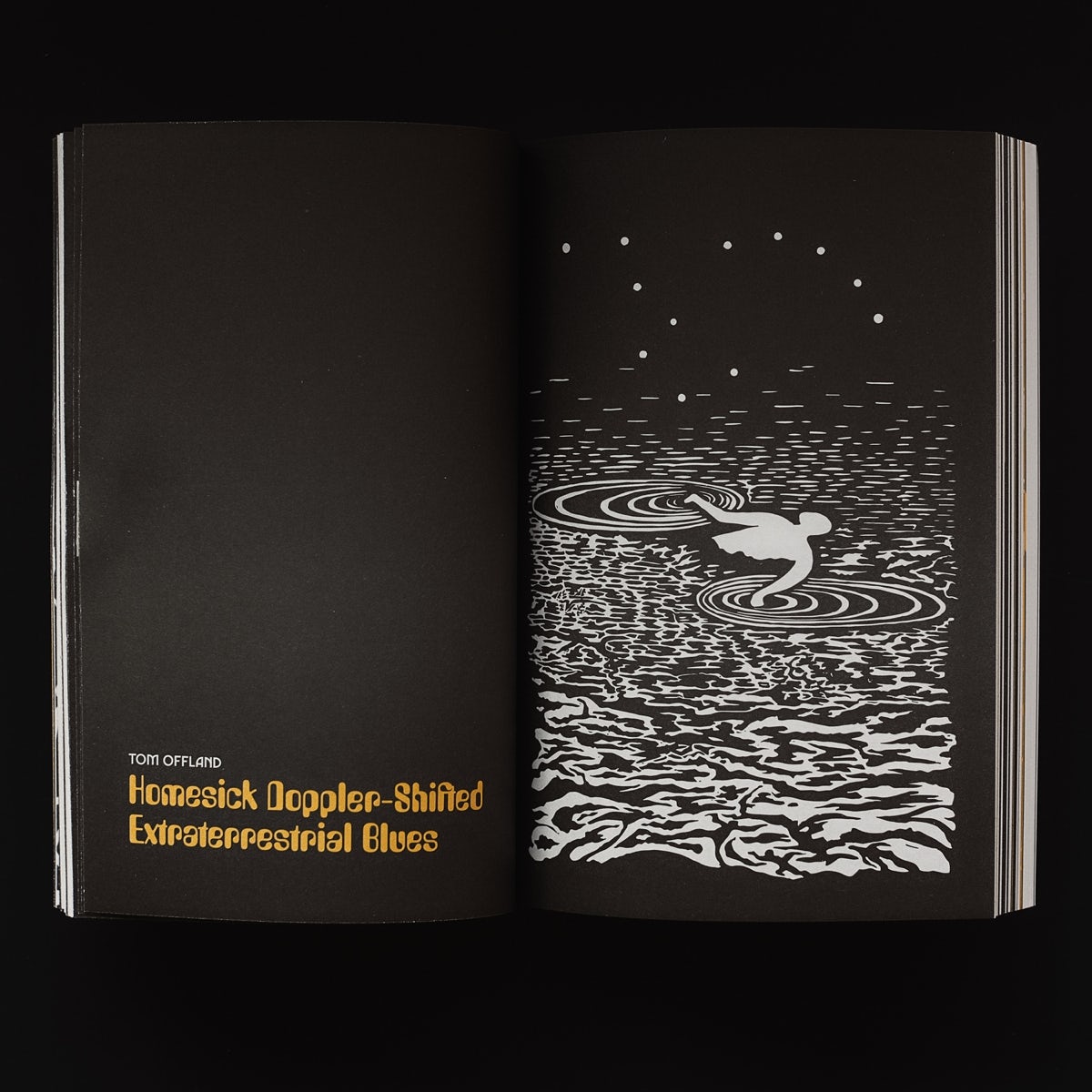 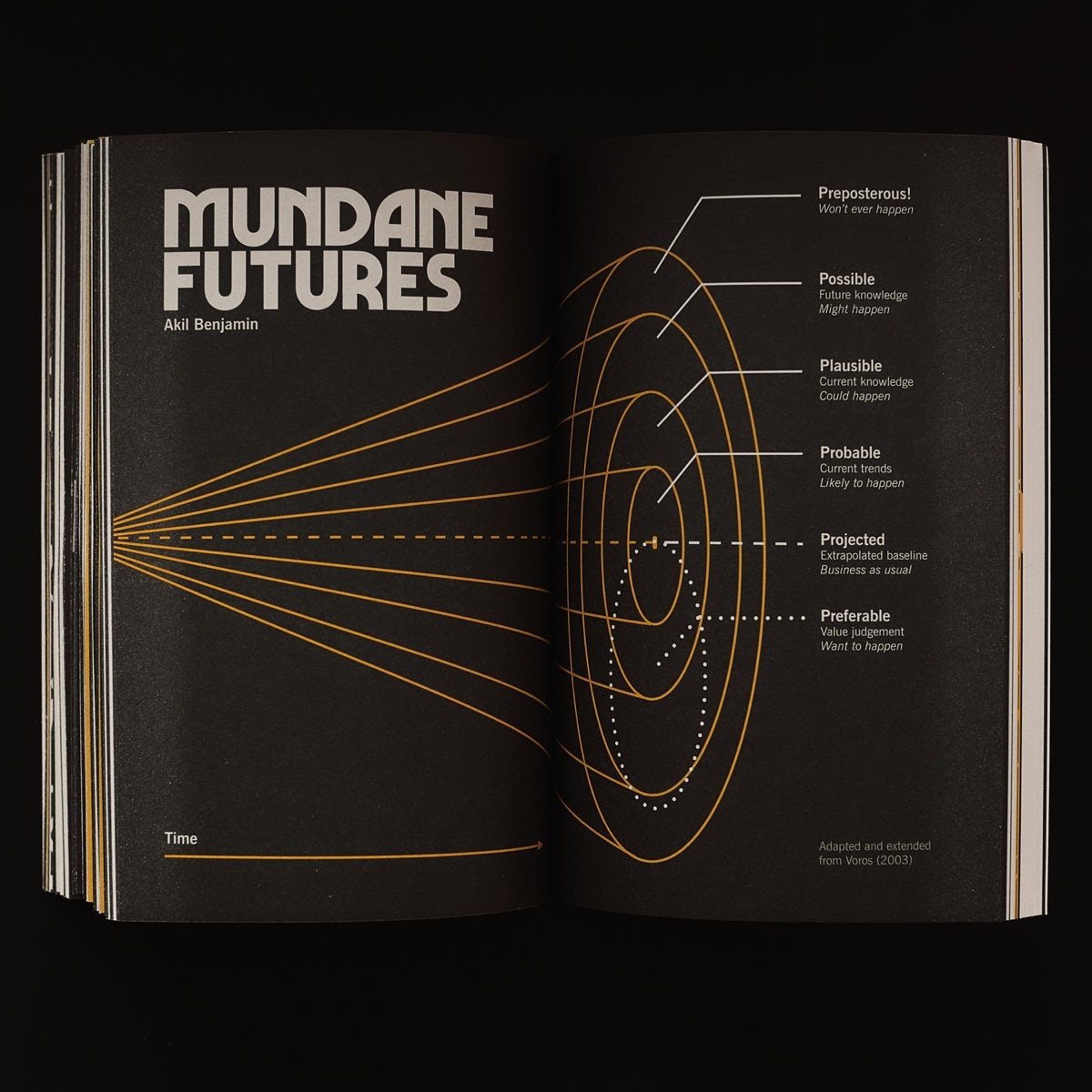 The designer wanted Visions to feel somewhere between a book and a magazine, using long-grain paper as opposed to the short-grain that’s often used in paperbacks in the UK.

Fiction stories are printed black on white and in serif type, while non-fiction is the other way round, and in sans serif. The magazine is mostly text, although big type treatments and the odd illustration liven up the reading experience. At 256 pages long, Visions is a satisfyingly bulky read, and cleverly walks the line between honouring sci-fi’s stereotypical image while still somehow subverting it.