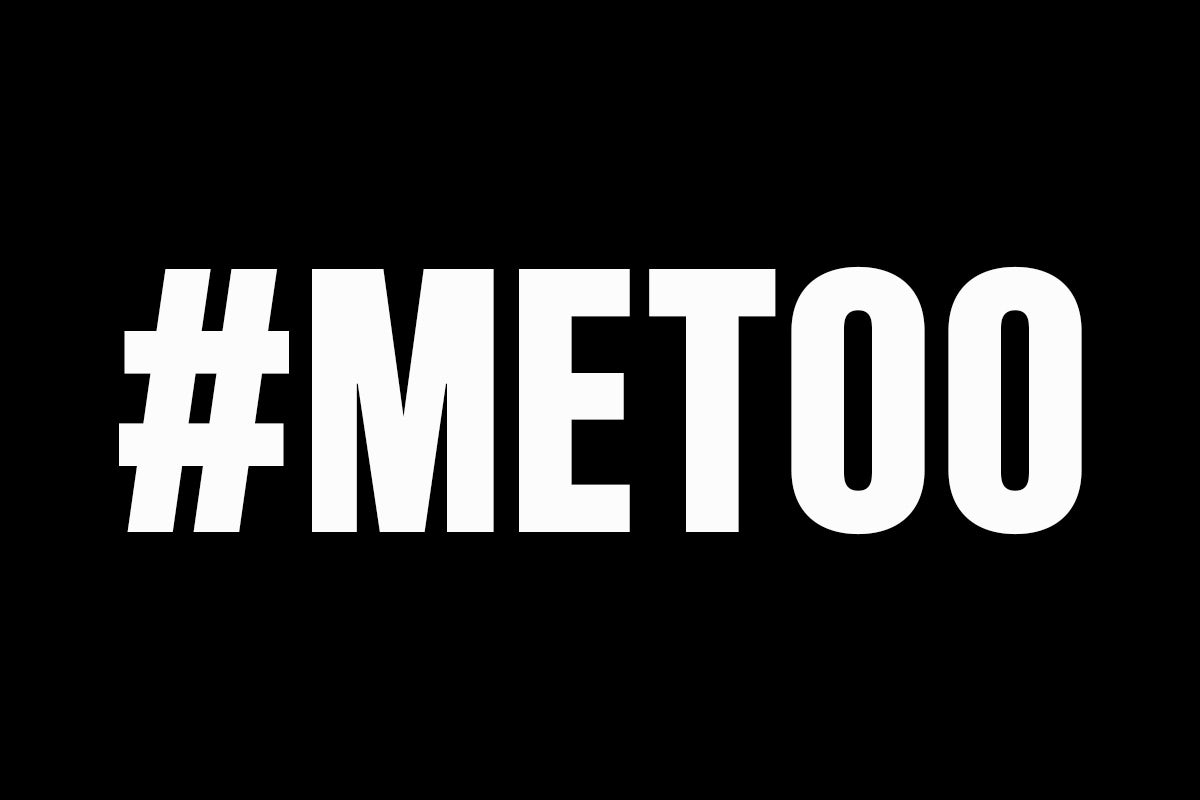 We’d like to thank everyone who took part in our #MeToo survey. This is a sensitive issue and we are mindful of how difficult it might have been for people to respond and share their stories.

We need to be careful about the conclusions we draw from this research. Because of the subject matter, there is an increased risk of ‘self-selection’ (ie that people who have experienced sexual harassment may be more likely to want to take part). It is also worth noting that 73% of respondents to the survey were female, which is significantly higher than the proportion of women in our overall audience (55%). However, we do believe that the responses we received offer some valuable insights into the impact of sexual harassment in the creative industries – in particular, advertising and design – and how we might move forward.

While we have to be careful about drawing sweeping conclusions from this, it does fit the pattern of the wider context of the issue, particularly regarding reports of the exit of some senior male executives at US agencies. 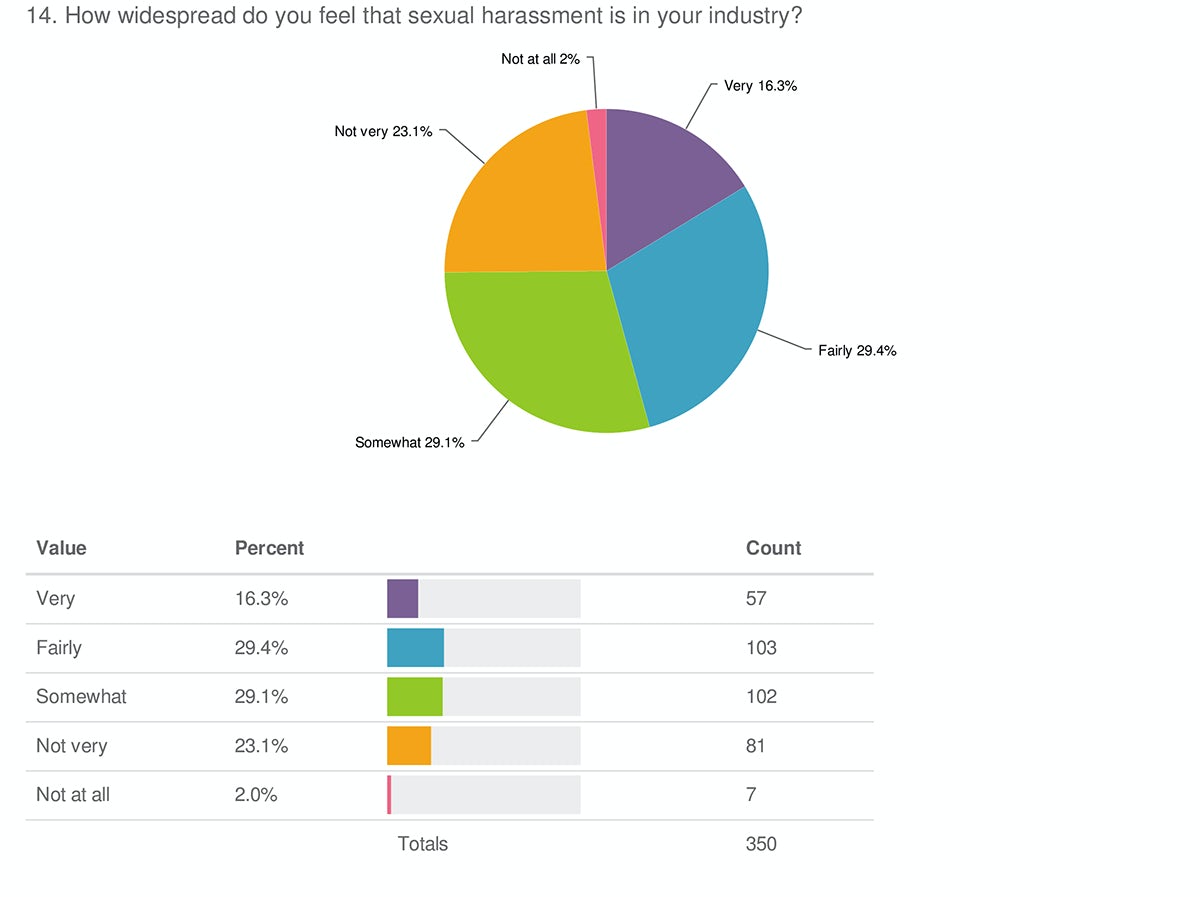 Overall, of those who had experienced sexual harassment, just 17% had reported it. Of those who did report it, only 42% saw any action taken as a result, meaning that over half the time, nothing was done. 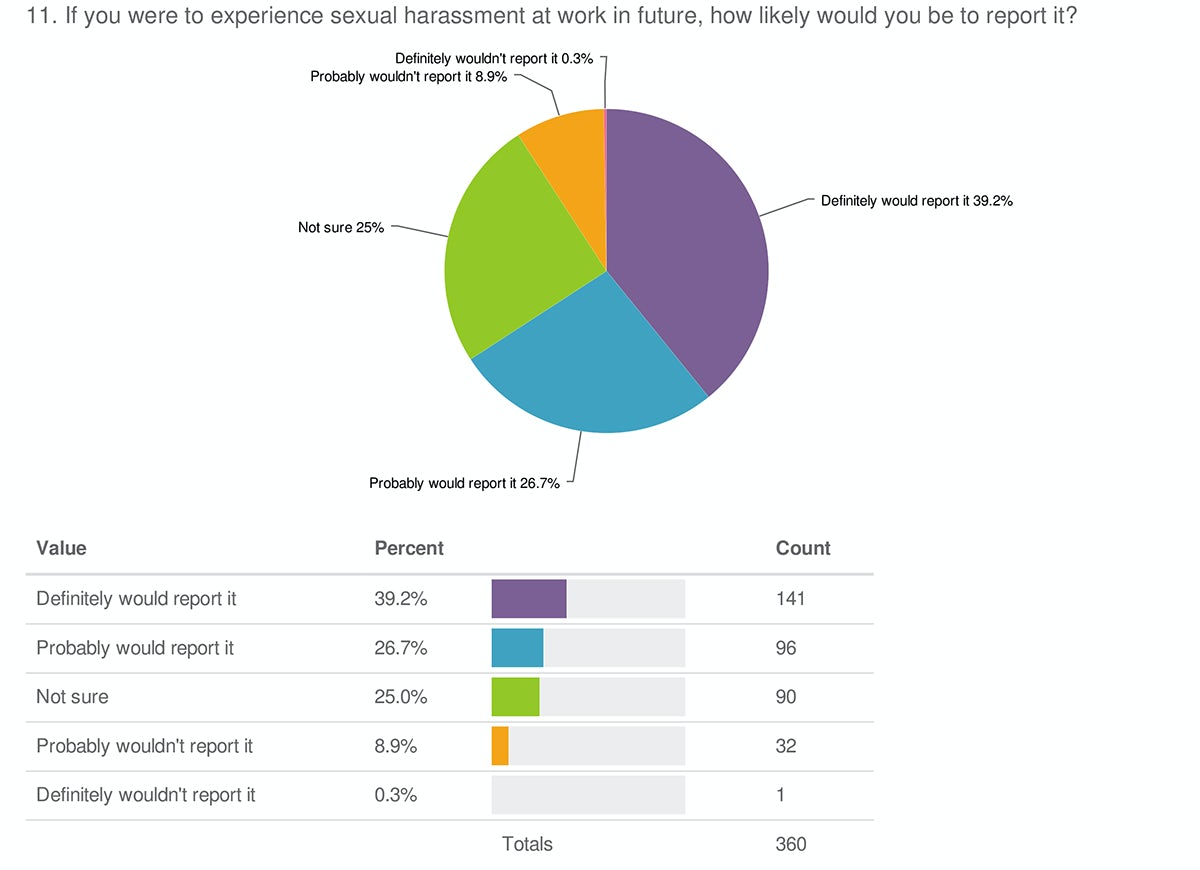 We also asked ‘If you were to experience sexual harassment at work in future, how likely would you be to report it?’ 40% said they would definitely do so, a further 27% said they probably would. Fewer than 10% said that they would probably or definitely not report it. Those figures are almost exactly the same for both the advertising and design communities.

A LACK OF TRUST

Trust has emerged as a major factor in terms of how the industry will act on this issue in future. Our research revealed that only 50% would trust that their employer would act appropriately on allegations in future: 15% did not trust their employer to do so at all. 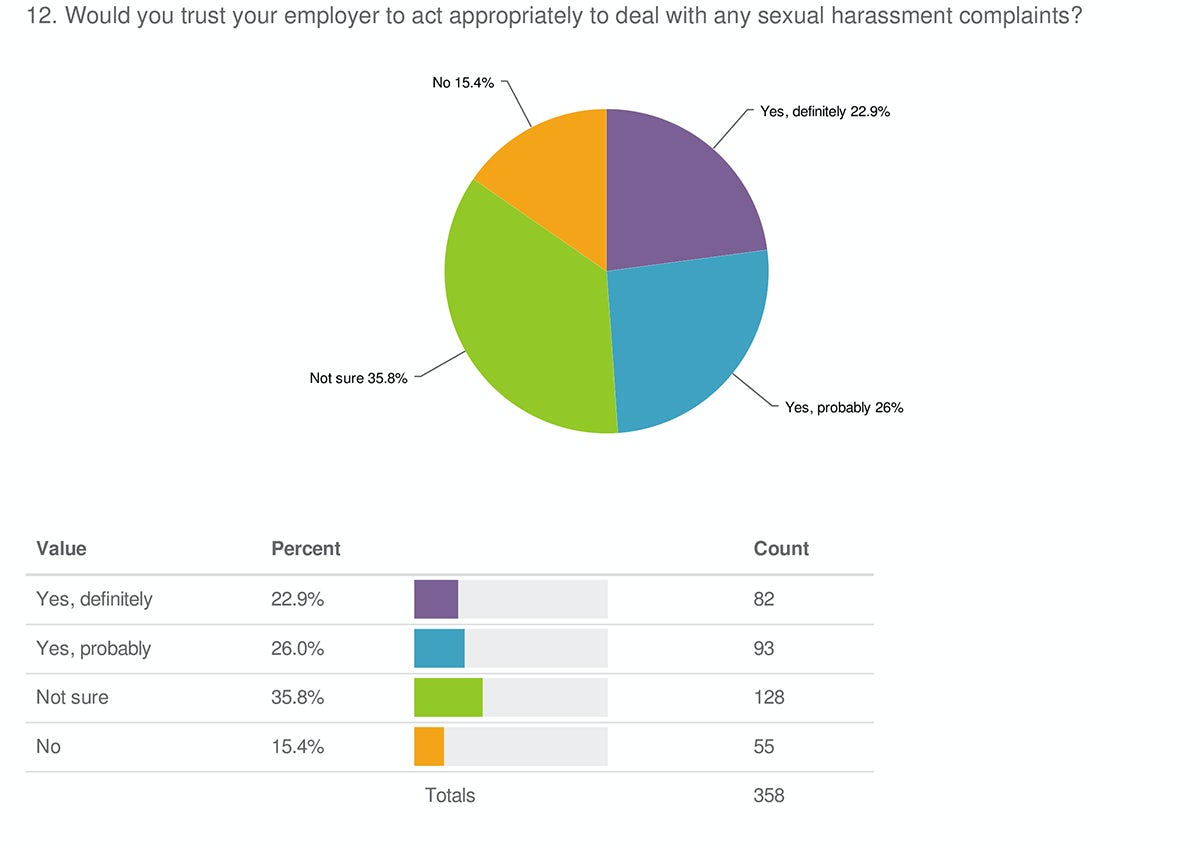 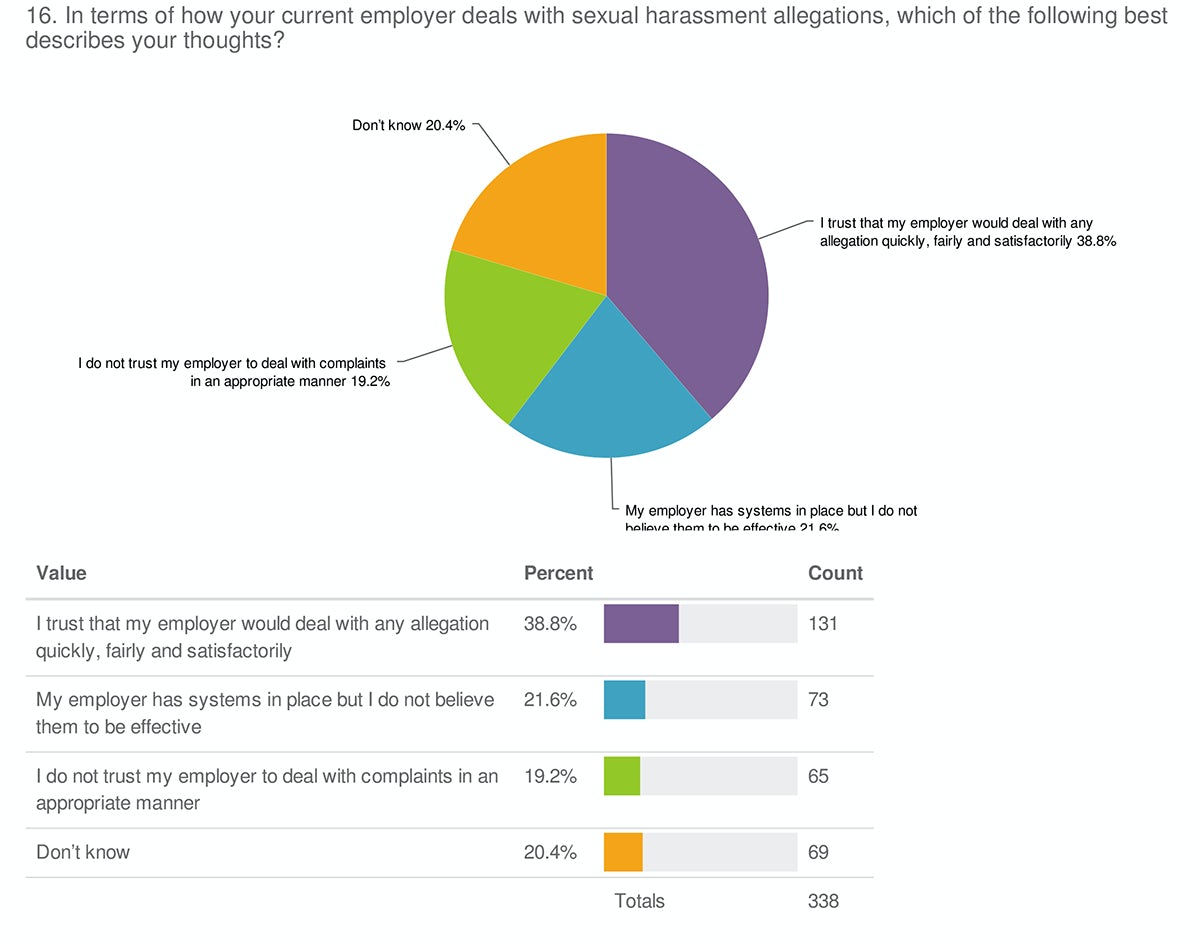 How employers respond to allegations in future, and the steps they are taking to create workplaces where people feel confident that they can report problems, is emerging as a major factor in where people want to work. When looking for a job in future, 64% of you told us that it was very important that a prospective employer ‘has a credible and robust system in place to deal with sexual harassment complaints’. 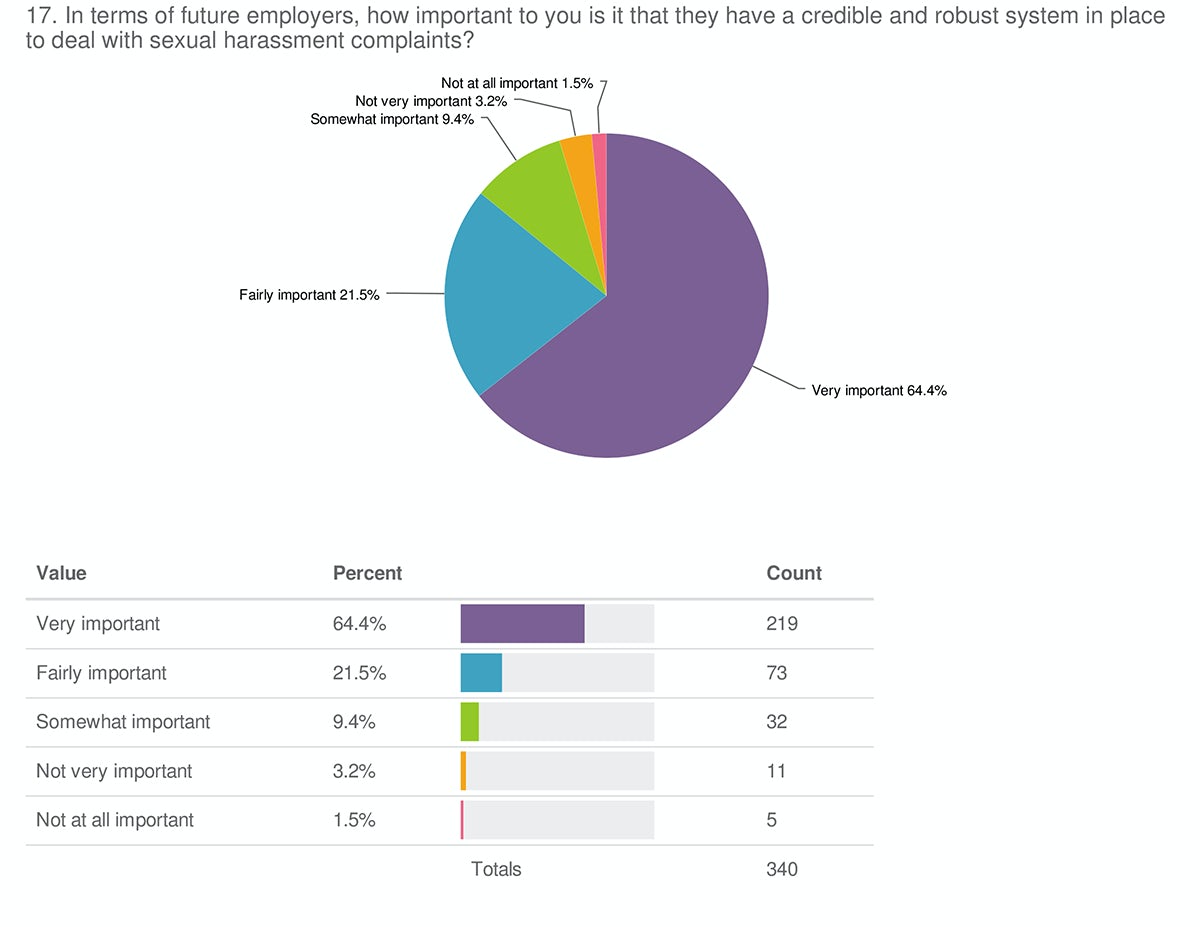 Based on the results of our survey, it is clear that – among respondents – sexual harassment is perceived as a significant problem in the advertising and design communities. Almost half of the people who took our survey thought it was either very or fairly widespread.

It is troubling to see that less than 20% of people who said they had been harassed felt able to report it – and that 62% of people feel making a complaint could adversely affect their career.

Employers have a duty to take complaints of this kind seriously – and if employers do not create a culture where people feel confident, safe and supported, it is hard to see how things will change for the better.

While some employers have already taken important steps in this direction – for example, establishing whistleblowing hotlines – our research points out how important dealing with this issue and changing culture will be in the future.

Most respondents told us that having effective policies in place to deal with sexual harassment would be very important to them when choosing an employer in the future. If companies neglect to introduce robust procedures, they might find it difficult to attract talent as a result.

Just as with other industries where sexual harassment has been identified as a significant problem, for advertising and design, time’s up.

This is the first in a series of articles on this subject from CR. We will be reporting on some of the experiences, opinions and suggestions shared anonymously with us through the survey as well as looking at the response from the advertising and design industries so far, including talking to some of the groups that have set up to help tackle the problem.