At first glance, Michael Bailey-Gates’ new book appears to be a compendium of traditional fashion photographs. Particularly towards the beginning, where studio backdrops and the drama of black and white shots combine in an evocation of glamorous shoots in high fashion magazines.

However, the book, titled A Glint in the Kindling, quickly reveals itself to be an examination of expected gender roles, which Bailey-Gates artfully subverts throughout. It’s a language familiar to the American photographer, whose work has appeared in the pages of titles like Vogue, Dazed and Love Magazine. More than that, fashion imagery – with its chequered history of both cementing and challenging gender roles – is a fertile playground for Bailey-Gates’ exploratory approach to portraiture. 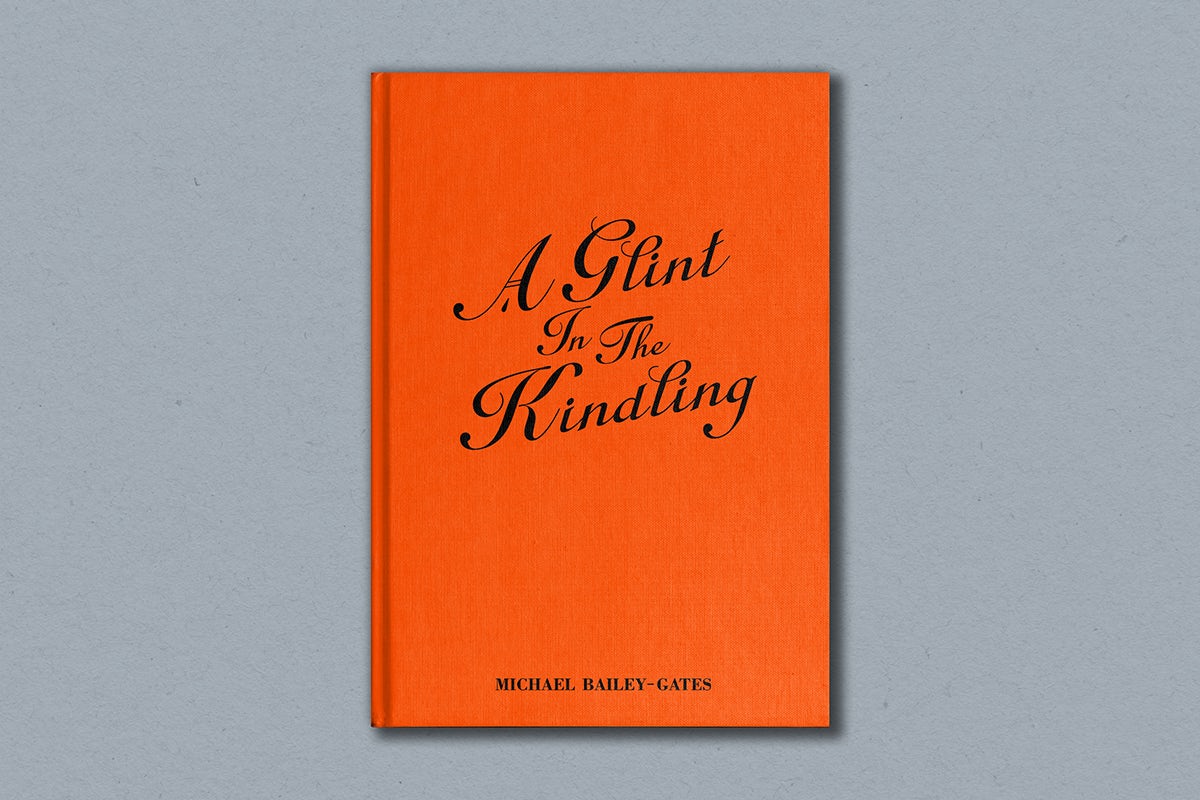 A Glint in the Kindling is both Bailey-Gates’ debut monograph and the inaugural book from Pinch Publishing, a newly launched London-based publisher, and although it comprises just 35 images, each one packs a punch.

The book offers a playful take on traditional fashion photography and iconic images with unexpected details, often nudity. For instance, Bailey-Gates’ ‘Marilyn Monroe moment’ goes a step further with a lower-half flash. These are interspersed with statuesque portraits of the human form, at once channelling sculptures of ancient deities and toying with gender boundaries. The photographer’s peers – friends, artists, collaborators – appear throughout the book too, often partly undressed but fully made up.

All the while Bailey-Gates exposes the artificiality and performance behind these constructed scenes by including the tools used to make them, such as the camera, studio backdrop or – in something of a homage to the Helmut Newton Machine – the shutter release. In one image, seemingly portraying a mother lost in thought while holding a baby, the cable of the release is coiled across the frame like a landline phone cord. In another image with an entirely different tone, Bailey-Gates is suspended nude upside down, the rope and cable trailing from the other side of the frame.

“In the world of Michael Bailey-Gates’ photographs, subjects get to play pretend,” Cyrus Dunham writes in the book’s introduction. “Imitation is as profound a practice as embodiment. The split between ‘being’ and ‘looking like’ breaks down. In Michael’s work, the subjects are what they look like, and this elision demands ambitious dreaming – and questioning – from the viewer.”

A Glint in the Kindling by Michael Bailey-Gates is published by Pinch; pinchpublishing.com