In the 1970s, Michael Jang photographed some of the world’s biggest celebrities – from Frank Sinatra to David Bowie and Johnny Rotten. He documented lavish dinner dances and galas at the Beverly Hills Hotel (which he was able to access on a fake press pass) and punk concerts in San Francisco. He captured historical and cultural events – from murdered mayor George Moscone’s funeral, to the 50th anniversary of the Golden Gate Bridge, and the moment that police carried Harvey Milk’s body out of City Hall following his assassination. Alongside this, he amassed a wealth of images of home and college life – capturing his family slouched in front of the TV or preparing a thanksgiving meal – along with the often bizarre scenes which he encountered on the streets of his native California.

Jang’s images from the 1970s and 80s capture a diverse state at a fascinating time in its history. Yet the photographer’s vast visual archive was only discovered in 2002, when he decided to drop off the contact sheets and negatives which had been gathering dust in his garage at San Francisco’s Museum of Modern Art. At the time, the museum’s curators had a rule that they would review any photographs that were handed in. Jang, who was in his 50s, and had established himself as a successful commercial photographer, wasn’t sure if they’d be interested, but decided to deliver them anyway.

His photographs have since been added to MoMA’s permanent collection, and are now brought together in a monograph, Who is Michael Jang? Published by Atelier Editions, the book includes a wealth of brilliant images along with a foreword by Erik Kessels and an introduction by MoMA curator Sandra S. Phillips.

Born in suburban California, Jang studied design at CalArts in the early 1970s. A photography elective introduced him to the work of street photographers Lee Friedlander and Garry Winogrand, and inspired him to pursue a career in image-making. He went on to receive a Master’s degree in Fine Art from San Francisco Art Institute, after undertaking a summer course at Berkeley, where he was tutored by Lisette Model.

In his early years as a freelance photographer, he landed work with Annie Leibovitz – who commissioned him to help her photograph her sister’s wedding – and Norman Seeff, who asked him to assist on a shoot with Van Morrison.

While studying and working as a freelance photographer in his late teens and 20s, he embarked on a number of ‘homework projects’, which saw him explore the glitz and glamour of Hollywood in the early 1970s, the punk scene which emerged in San Francisco’s bay area in the latter half of the decade, and a summer spent living at his aunt and uncle’s house, where he photographed his relatives going about their daily lives – browsing comics and magazines, watering the plants, pulling silly faces and larking about.

As Kessels points out in his foreword, Jang’s images are brilliantly funny – and have lost none of their humour 40 years on. They’re at once both incredibly candid and often so perfectly odd that on first glance you think they must have been staged.

“It’s hard to put your finger on exactly what makes Jang’s work so captivating, which is precisely what makes Jang’s work so captivating,” writes Kessels. “His work is full of contradictions and contrasts. It’s simple and complicated. Funny and deep. Superficial and layered. He’s a storyteller, skilled in the art of deception, or perhaps it’s more misdirection. At first glance at one of his images you get one story, look again and you’ll get three others. He’s a master of photographic omission, his work is as much about what’s not there as what is.

“That’s what I love about Jang’s work, he forces the audience to ask questions: ‘Does she want to be there?’, ‘Why is he laughing?’, ‘Why is he skiing in the living room?’, ‘Why is that man taking a piss with a TV on his head?’, ‘What the hell was going on here?’, and the age-old question, ‘Who put the cat in the toilet?'”

The launch of the monograph coincides with an exhibition of Jang’s work at the McEvoy Foundation for the Arts in San Francisco, which opens on September 27. It’s a long overdue celebration of his early work – and a captivating look at American culture. 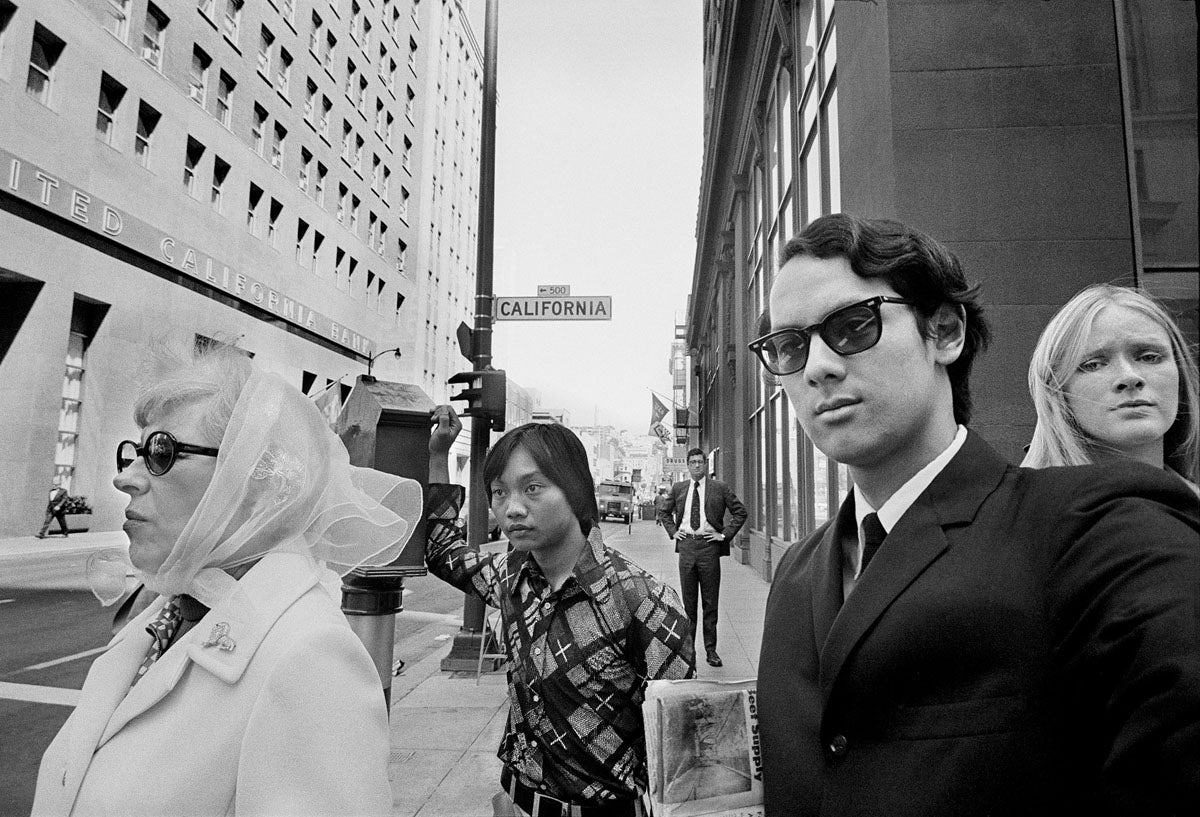 Who is Michael Jang? is published by Atelier Editions and costs £50; atelier-editions.com; michaeljang.com