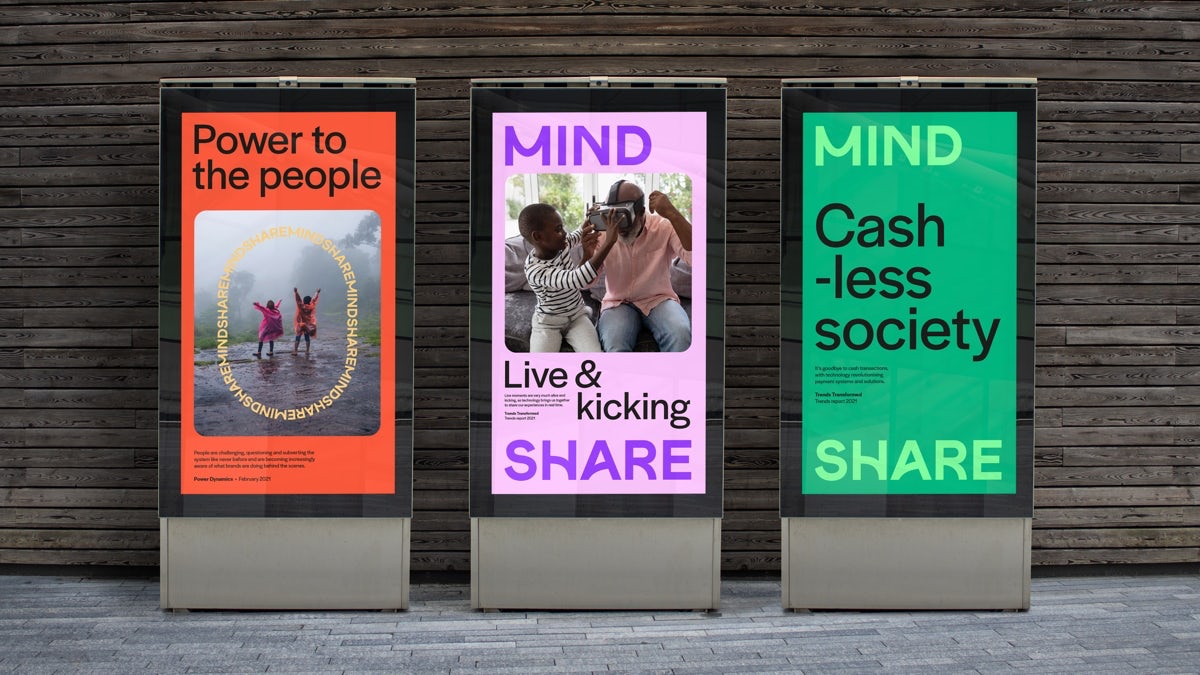 According to NB Studio founder and creative director Nick Finney, the Mindshare rebrand is designed to be “in tune with the places where people actually live their lives – inside platform ecosystems”. “That’s where you’ll find all of us … buying clothes, watching cat videos, having arguments, falling in love,” he adds.

The rebrand reflects the digital-first, direct-to-consumer model that many businesses now operate around, says NB Studio. The practice was briefed to create something flexible that could change the perception of Mindshare – founded in 1997 and part of the WPP network – and take it beyond its perception as a ‘legacy brand’. According to NB Studio, it also needed to answer the demands of contemporary marketing. 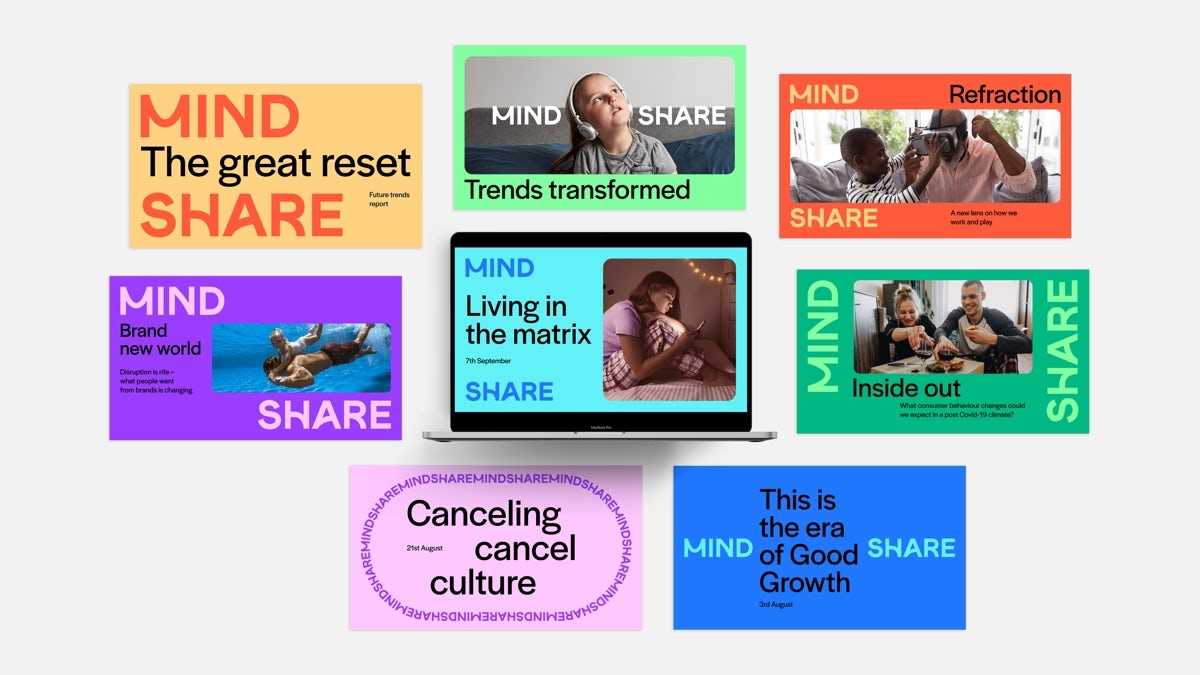 The Mindshare wordmark has been brought to the fore, and used as a framing device for copy and imagery. There’s a lot less of the purple used so heavily in the media agency’s former branding, and a new palette of bright colours and pastels. According to NB Studio, the new logo offers “an abundance of personality and a friendly presence; striking a balance between the familiar and the technological”.

“The system’s been designed to put Mindshare at the centre of the infinite conversation that’s happening, not just the rubber stamp on the end of a communication,” says NB Studio head of strategy Dan Radley. Mindshare CEO Jem Lloyd-Williams says the new identity “modernises” the business’s branding, and makes them feel “more approachable and human” to both clients and staff.

Mindshare’s updated branding will be rolled out across all of the media agency’s 116 offices, located in 86 countries.