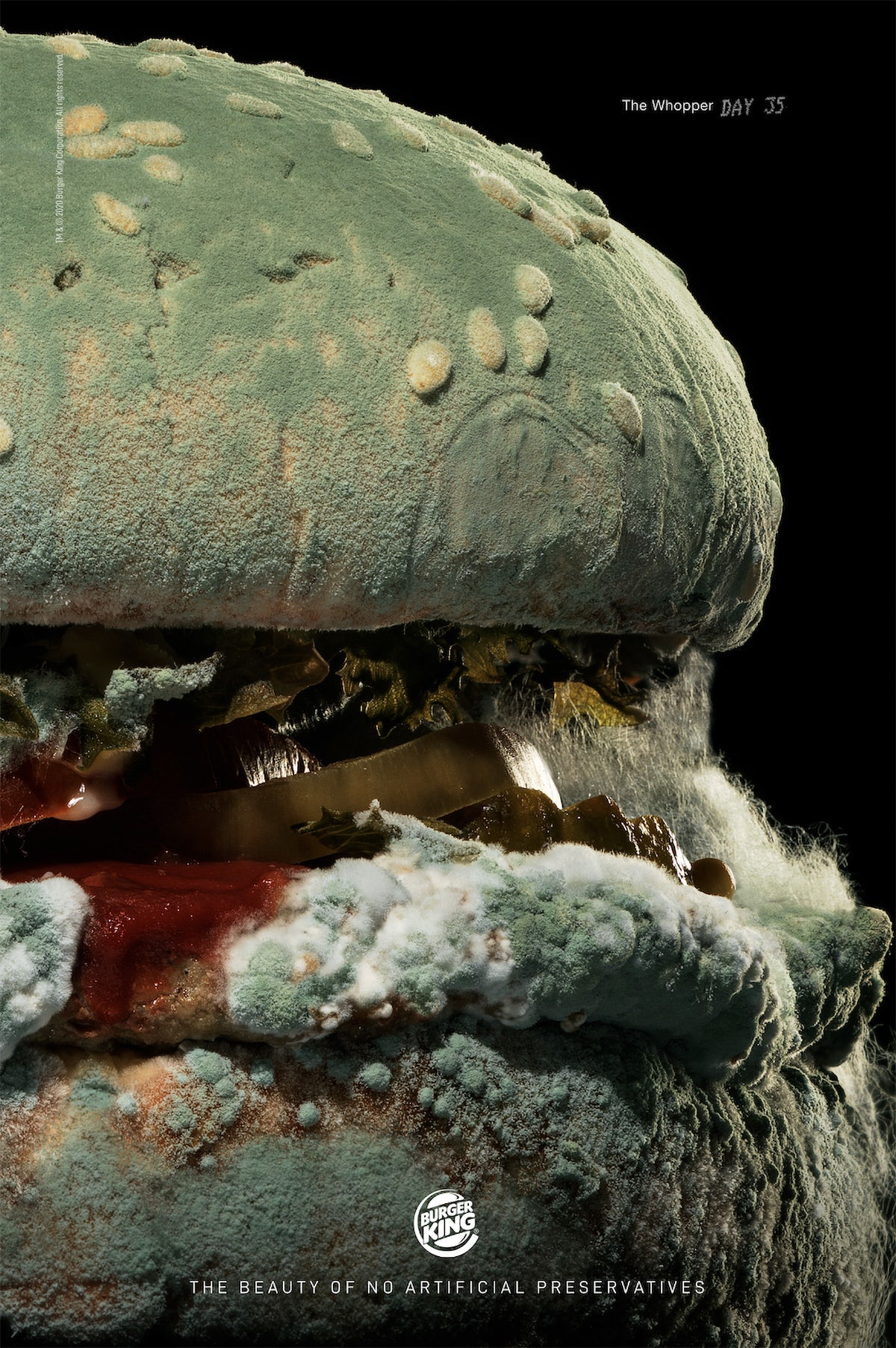 Ingo Stockholm, David Miami and Publicis are taking home big wins in PR, Print and Film for the Moldy Whopper campaign – which showed what a preservative-free BK burger looked like after a month of ageing. It became one of this year’s most-debated pieces of creative work, also winning a D&AD Black Pencil in the PR category.

The Responsibility Grand Prix went to Wunderman Thompson Buenos Aires’ Through Your Eyes music video for Latin American musician Dante Spinetta, which could only be seen clearly if pointed at someone’s eyes – to raise awareness of cornea donation. It’s the first Grand Prix win at Epica for Latin America.

In the Design category, the big prize went to Rethink Canada’s Heinz Ketchup Puzzle – an all-red jigsaw, distributed via social media, that must have driven people wild with frustration. And in Digital, 72andSunny Los Angeles took home a Grand Prix for Tinder’s Swipe Night – an interactive narrative that took place inside the dating app. This year, there was no Alternative Grand Prix winner.

The last two major accolades for Network of the Year and Agency of the Year went, respectively, to Wunderman Thompson and (perhaps unsurprisingly considering Moldy Whopper’s many wins) Ingo Stockholm/David Miami/Publicis.

“This year the accent was clearly on innovation, as many of the big winners stood out with attention-grabbing new spins on existing media platforms,” said Epica editorial director and jury moderator Mark Tungate. “In an extraordinary period, agencies worked harder than ever before to prove that a historic crisis can’t put a brake on creativity.”

View all the Epica Award winners this year at epica-awards.com