Denmark-based music duo Moon Panda have released their new song Vacationer, complete with an animated music video by London-based animator Simona Mehandzhieva. With the demonic characters and intensely saturated world, the animation sits somewhere in the same universe as Polly Nor and Adventure Time, with a dialled up use of striking graphics throughout. The story follows the two devils who have separated – one is surrounded by memories from the past, while the other journeys out into the world. The question is: will they be reunited?

Mehandzhieva grew up in Bulgaria “glued to the TV screen watching wacky animations”, like Powerpuff Girls, Ed, Edd and Eddy, Cow and Chicken, and Scooby Doo. In her own animation practice, she has introduced these cues to mythological influences. “The references in my work have been accumulated and inspired by various mythologies such as Greek and Latin, Eastern European, Norse, biblical and theological stories,” she explains. Think witches, shtrigas (mythological Albanian witches) and devils dancing in the night “with a hot cauldron boiling in the middle”.

Mehandzhieva strives for her work to be “a visual feast of madness” that “also celebrates characters who are often shunned by society. Nevertheless they are these extravagant beacons of colour, sass and noise. I want to represent the misunderstood creatures of the night, the ‘weirdos’ that don’t fit, the ones that no longer will be sidekicks.”

When she first Moon Panda’s song Vacationer, she felt an instinctive response. “I immediately felt this longing to go home, but being far away, on a never-ending journey. After that the characters themselves started to materialise – Red Devil and Blue Devil. We’d watch RD sit in his colourful home, surrounded by photographs of the past, while BD is on this epic voyage with seemingly no purpose at all.” 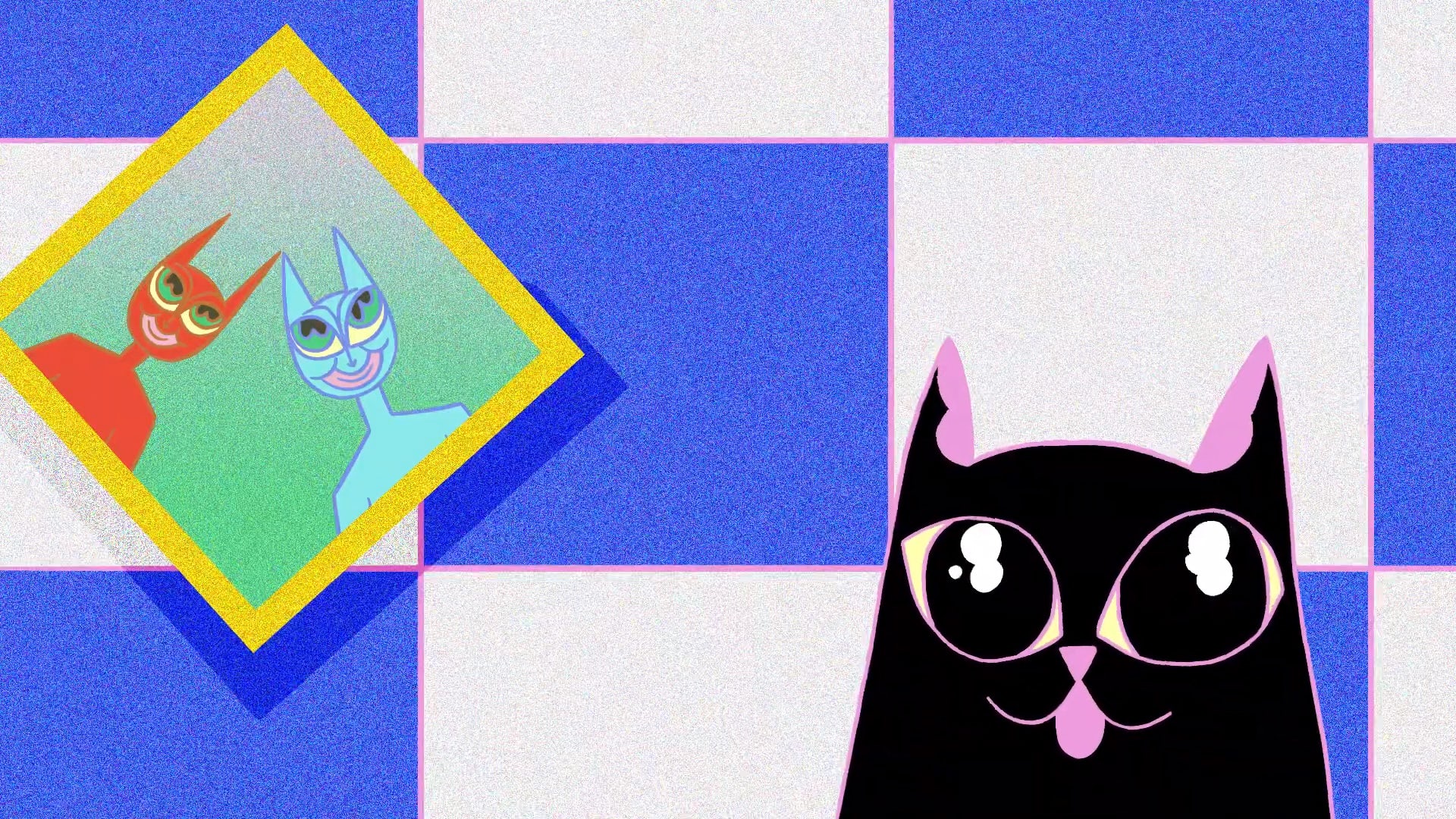 Mehandzhieva was approached by the band and they discussed ideas over Zoom. The animator recalls being hungover that day, and told them all about the idea she envisioned – of a devil floating on a boat being chased by a sea serpent. Luckily they were behind the idea.

The animator had a tight deadline but enjoyed the process of watching it all come together incrementally. “I had a month to finish it and I relied a lot on illustrative shots where the backgrounds would guide the viewer through the story and would allow them to really feel the song and the lyrics. It was very important to find that balance between visuals and music and not let either one suffocate the other,” she says. 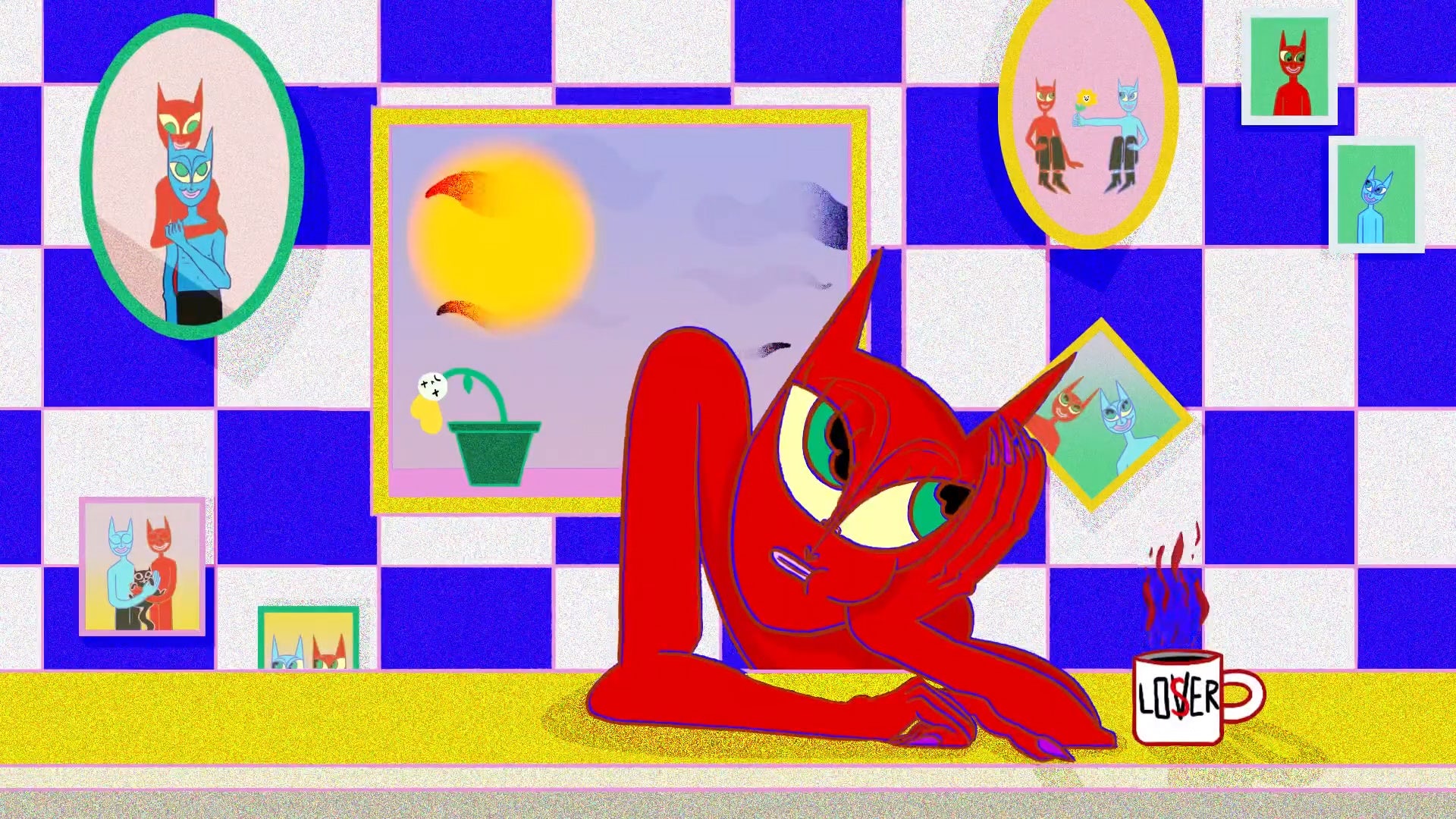 “The core of the video is that overwhelming feeling of not only being lost in this gigantic world, but trying to work out who you are,” Mehandzhieva explains. While the journeys might be different, longing for home is a fairly universal feeling. “Home isn’t necessarily a house or a flat, sometimes home is a Red Devil and an annoying black cat waiting for you to come back.

“I have known both sides of the coin. I have been a Red Devil who even though was hurt by a loved one would forgive them and accept them back. I have also been a Blue Devil – far away, distant, but knowing that I will come back home again. As for the black cat, I always thought of the cat as my friends; the people who no matter how down you are, will always annoy you to the point where they cheer you up.”