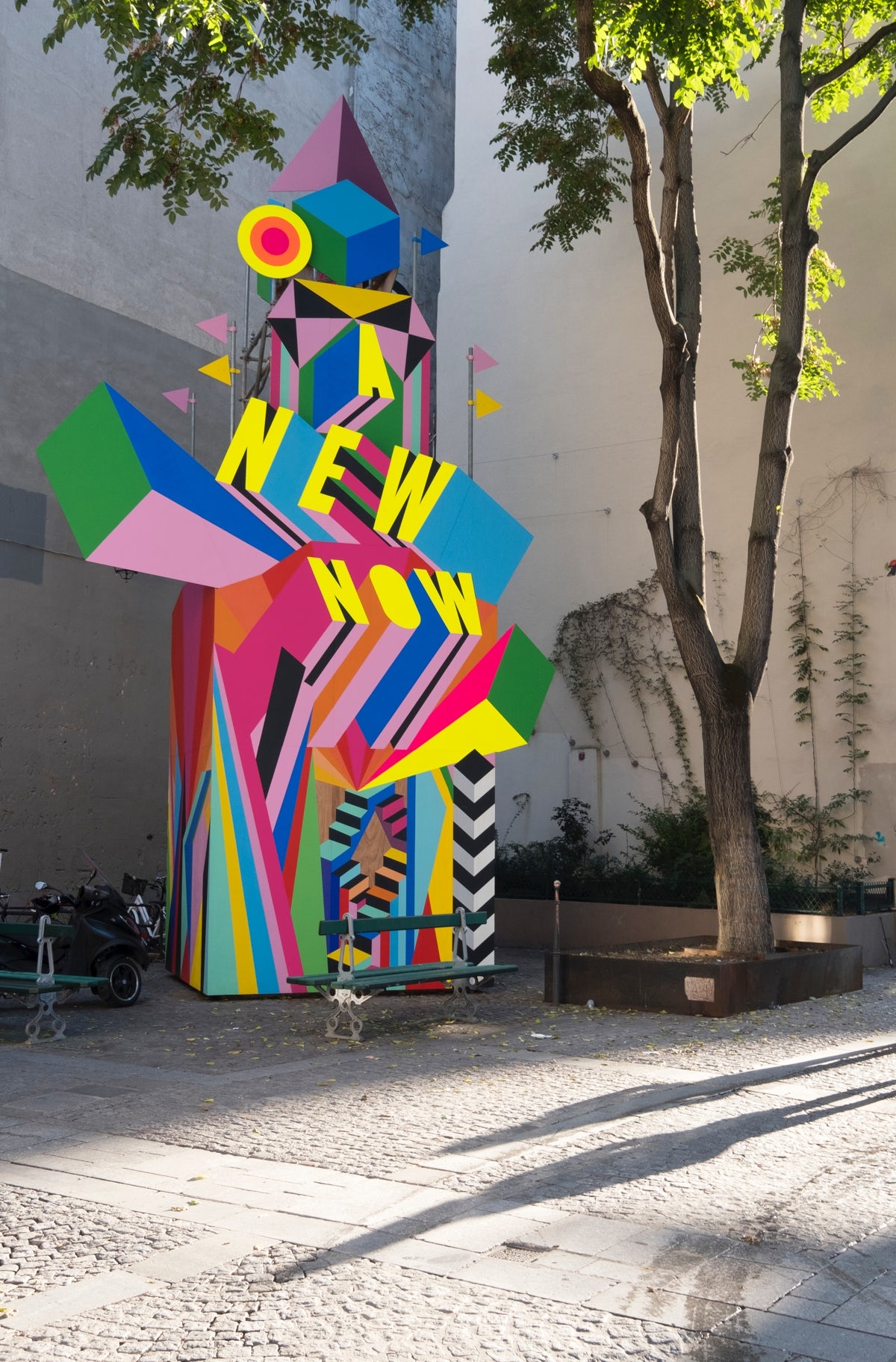 It’s been commissioned as part of ongoing initiative Embellish Paris – led by 6M3 Collective – which sees the city’s ‘overlooked’ spaces invigorated with artworks. The organisation’s Michel Micheau describes the installation as “an urban reliquary”, perhaps because of its juxtaposition with the 16th century church located over the road from the artwork on rue Saint-Martin.

“I do not believe in the phrase ‘a new normal’, I have always disliked the word ‘normal’,” Myerscough says of her inspiration for the piece. 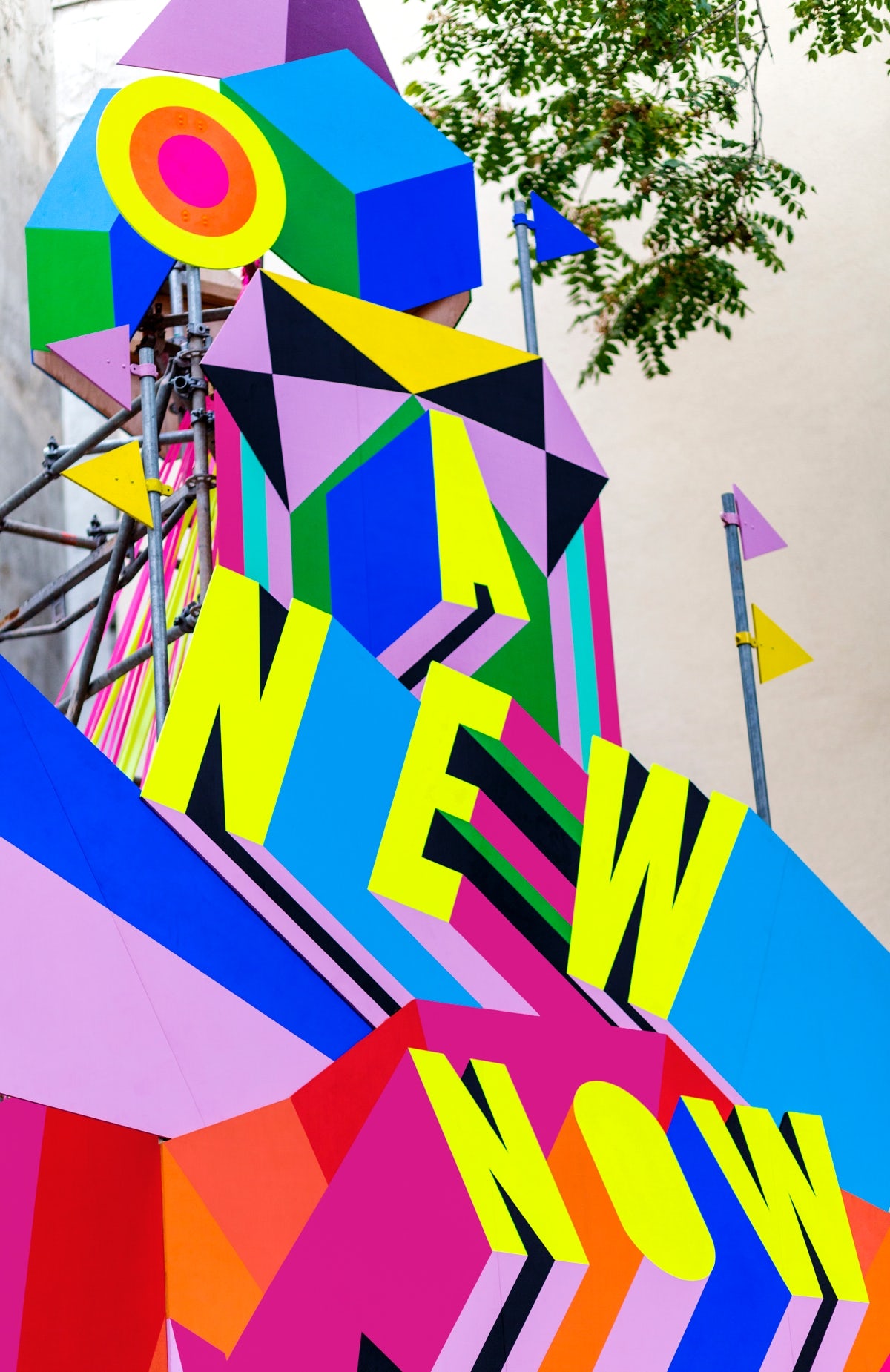 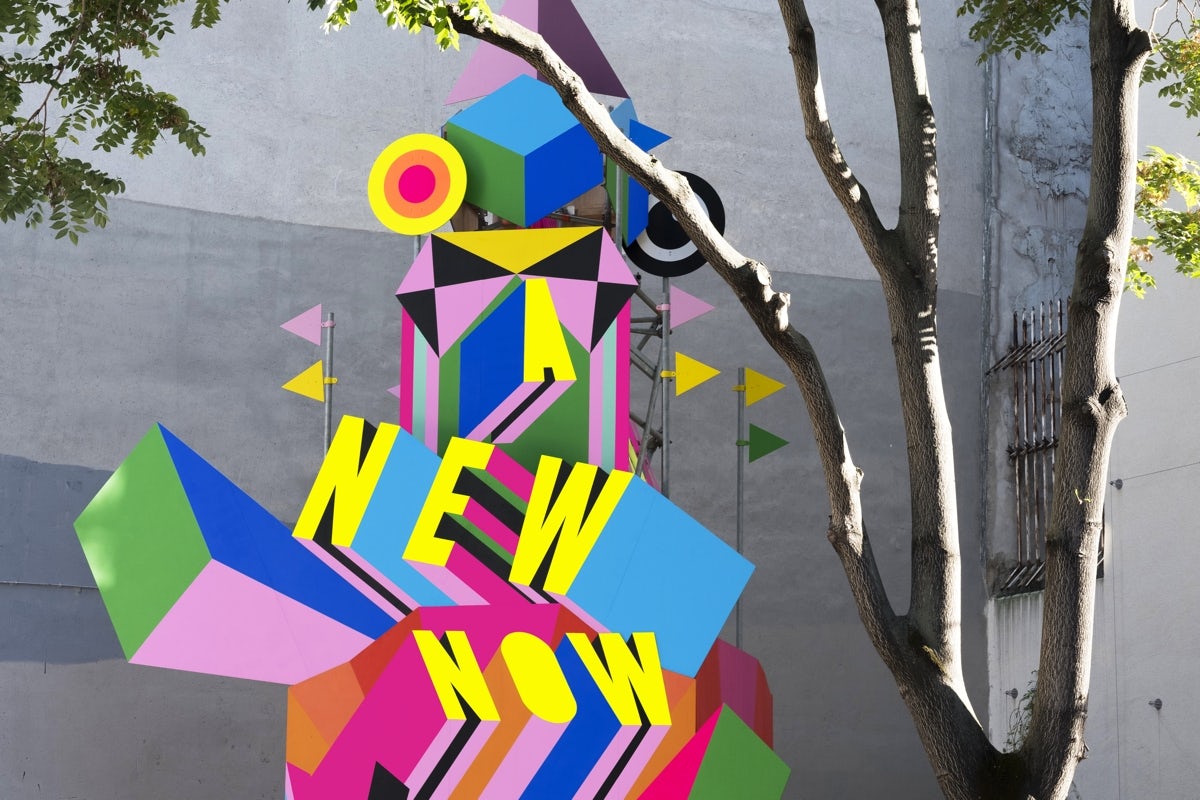 “For a while we were all on pause … we have had time that we have never had collectively before … to spend reflecting, understanding and rethinking about what is important to us as individuals, families, local communities and the global community.

“I believe it is impossible to predict the future and we are living in a New Now! We need to find and embrace ways of moving forward here and now. We are in the midst of seismic changes and we must aim to make a better sustainable world.” 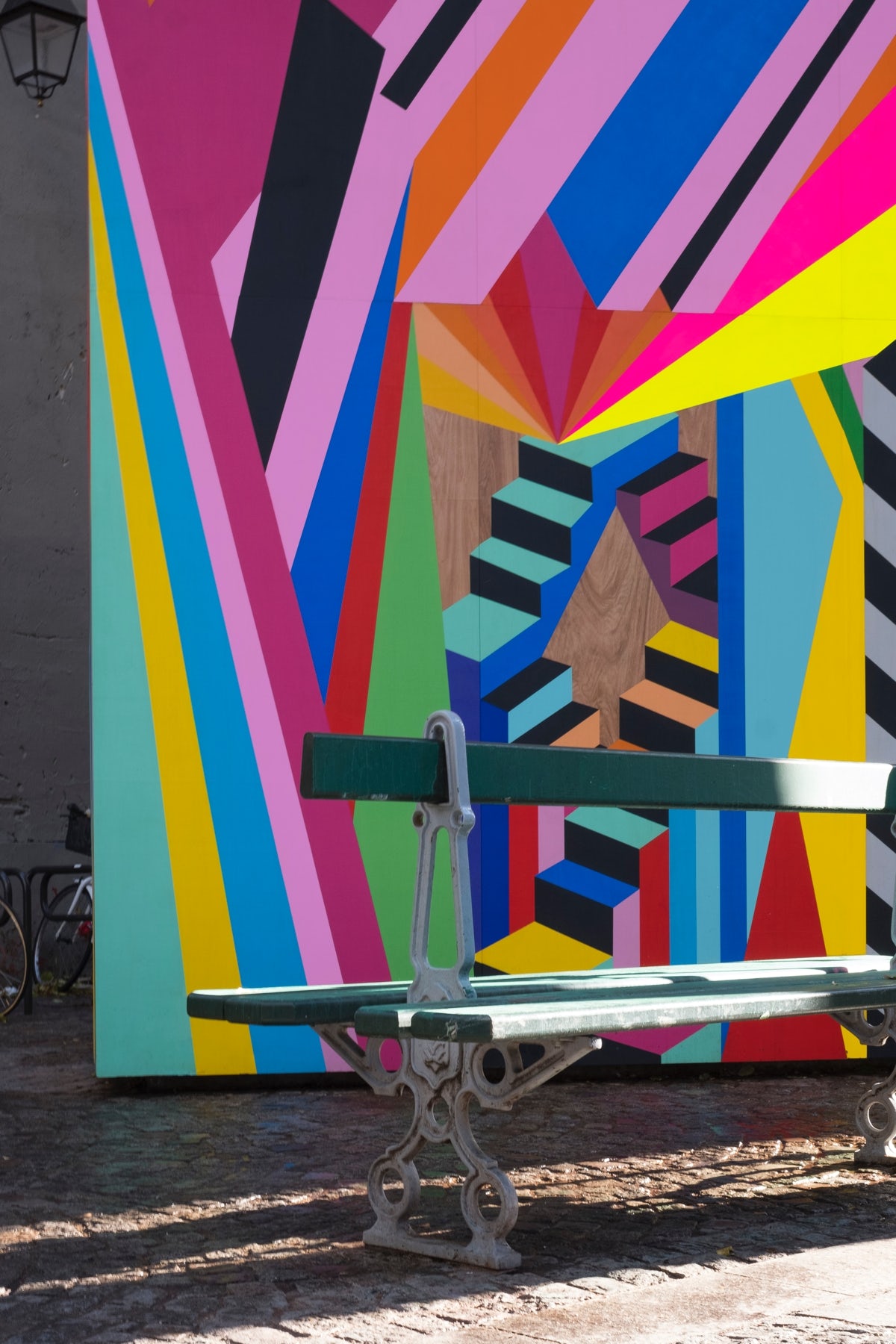 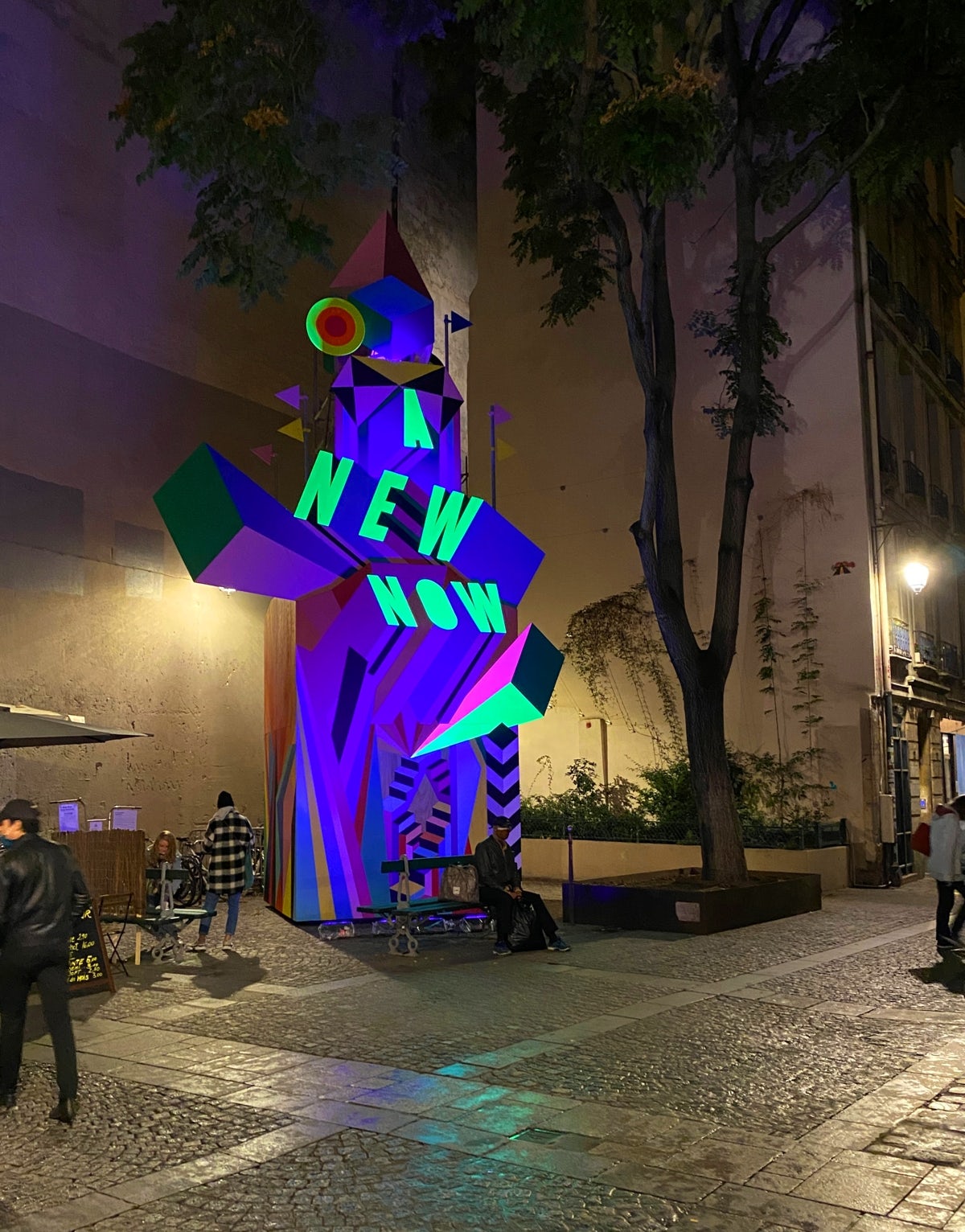 A New Now is located on rue Saint-Martin, and will be in place until the end of December; moragmyerscough.com