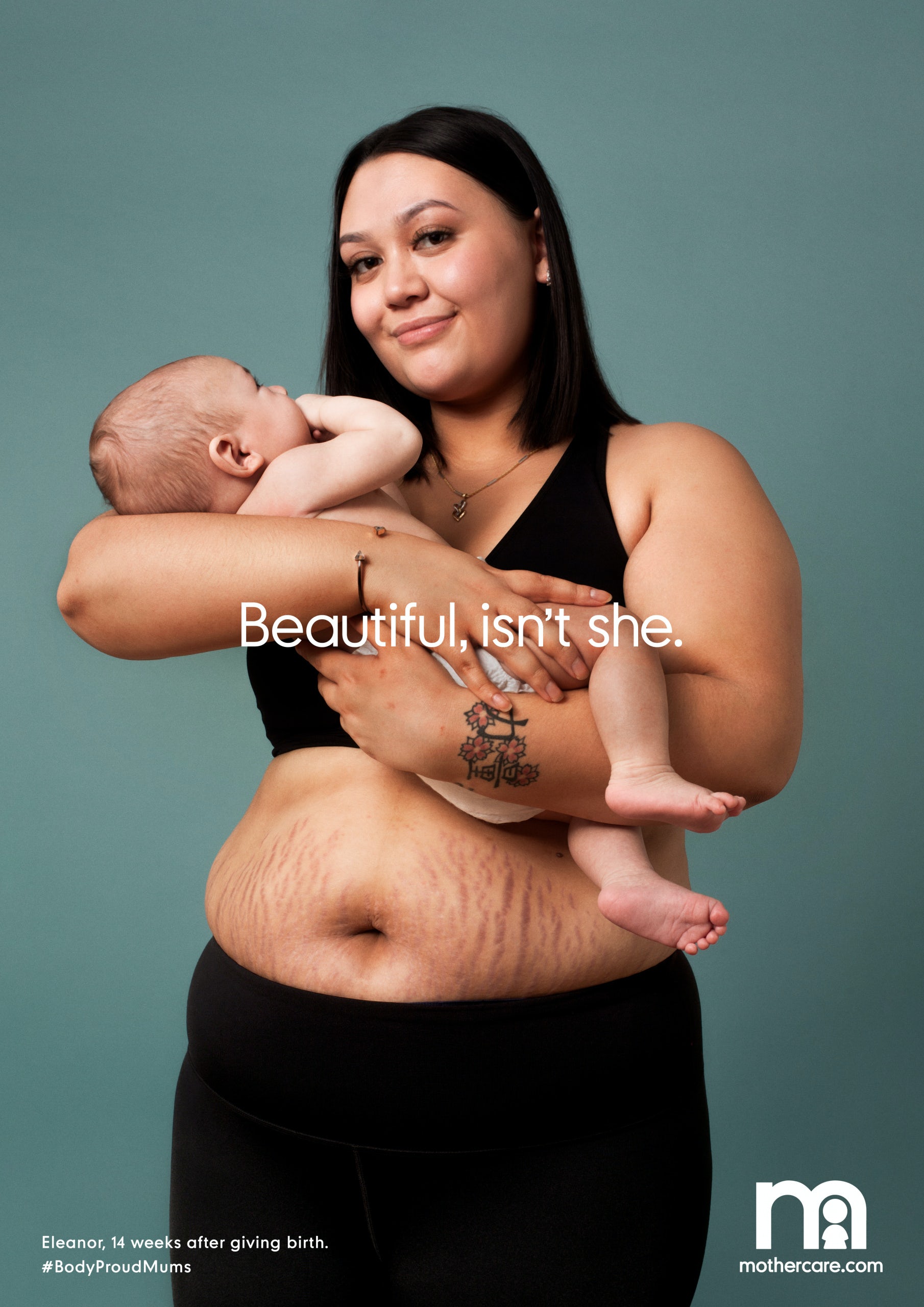 British parenting retailer Mothercare announced it would be closing down last year, but before it did, McgarryBowen produced one of the most significant pieces of advertising for the brand for many years. The aim of the #BodyProudMums campaign was to show that the brand understood the pressures of parenting today, particularly for mothers.

Research has found that 80% of mothers compare their bodies to unrealistic ideals. We are rarely shown an honest portrayal of post-partum bodies in the media, and this gap between representation and reality can be a major contributor to postnatal depression. Mothercare decided to show the joy of early motherhood in all its realities, which might include c-section scars, stretch marks, loose skin, baby weight and umbilical hernias.

Photographer Sophie Mayanne produced ten ‘un-retouched’ photographs of mums with their babies for the campaign, whose subjects were cast from an open call on Facebook and Twitter.

The campaign resonated strongly with audiences, who also shared images of their own postpartum bodies on social media, along with the hashtag #BodyProudMums. 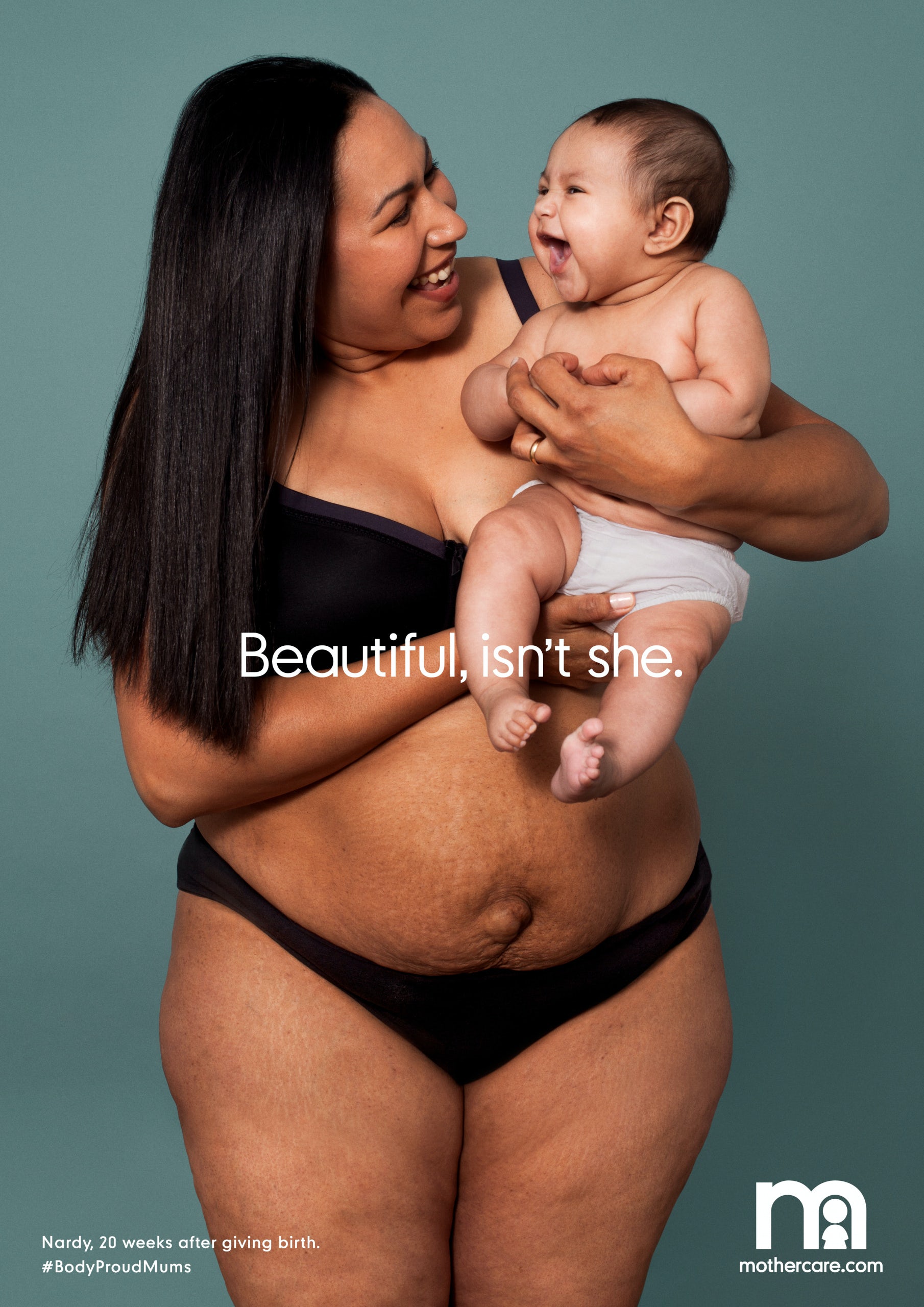 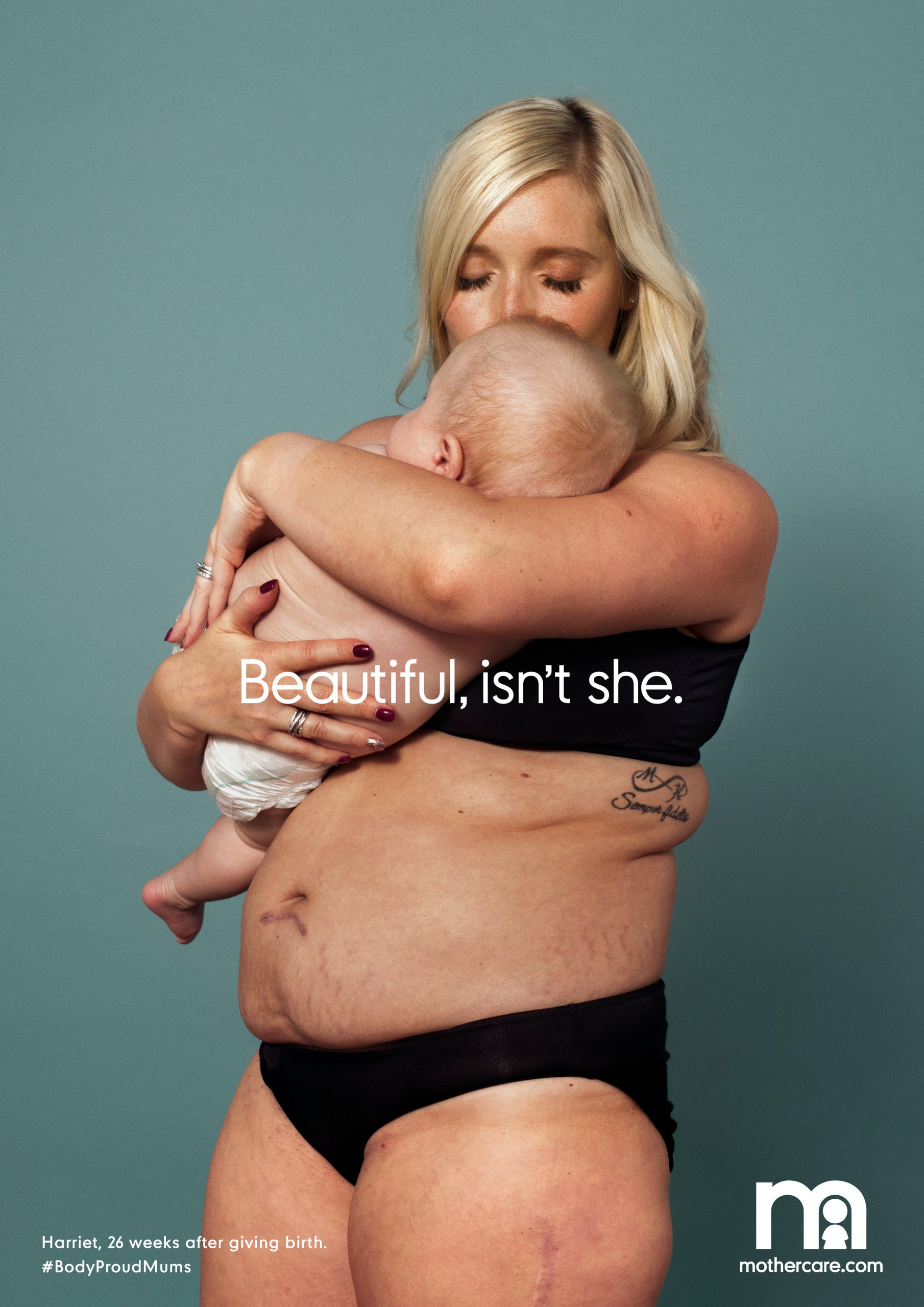 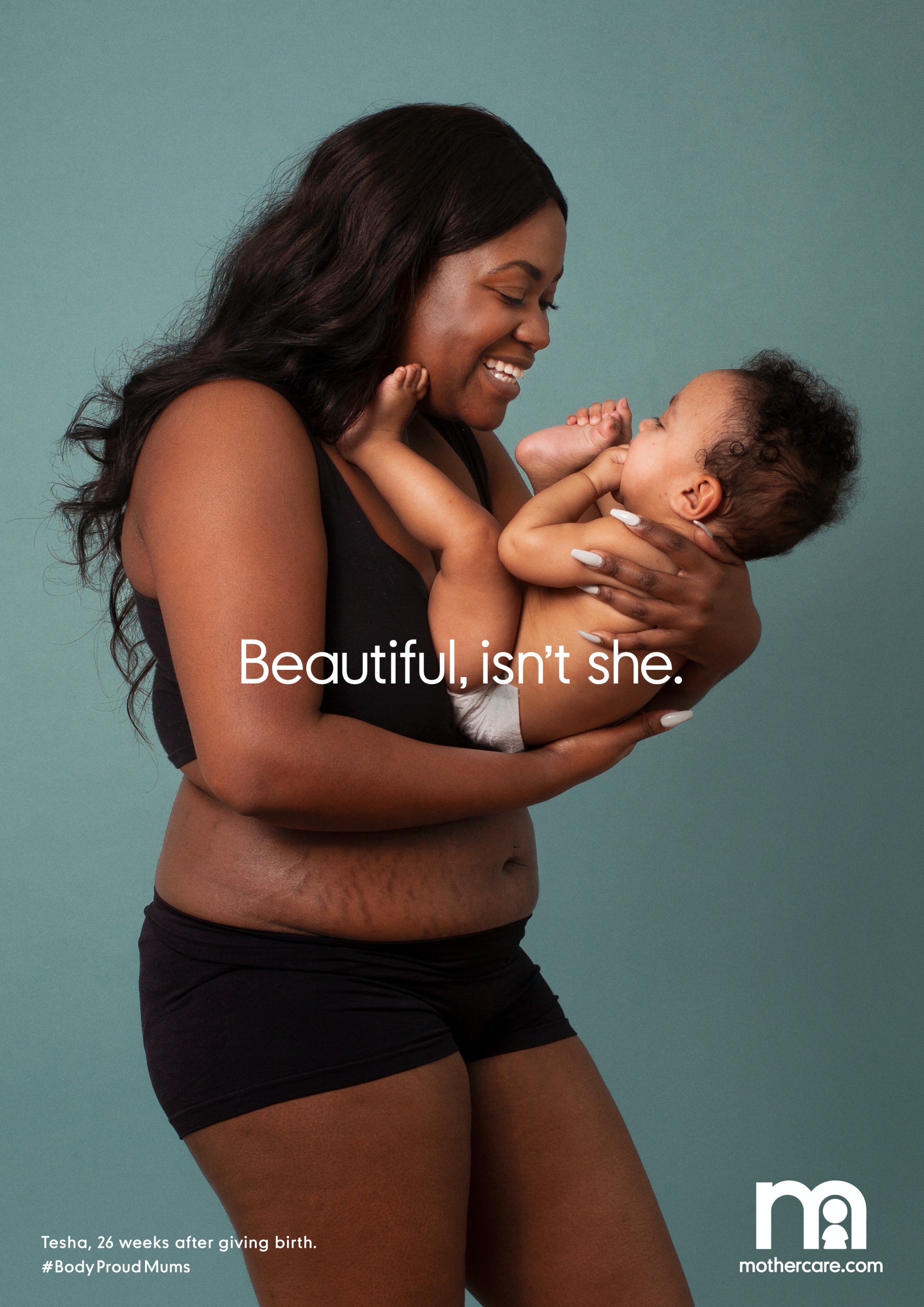