Described as an “interactive novella”, Motto takes users on the search for a missing ghost named September. The format is simple, with text laid over short, user-generated video clips of everything from rivers and aquariums to people’s pets.

Watchers tap through the various parts of the story, which is designed to be experienced on smartphones and divided into several chapters, lasting around an hour in total. Along the way they respond to prompts to contribute their own clips to the narrative.

Motto asks users to film themselves wiggling their toes, turning on a light, and opening and closing a door, among other requests, turning the story into a kind of self-generated scavenger hunt. For those worried about privacy, rest assured that everyone’s faces are hidden. These clips are then incorporated into later parts of the story, alongside other people’s footage.

“I wanted to explore a different kind of participation,” the director told CR. “An interactivity with the real world. A contribution that creates meaning.”

The whole experience is strangely meditative, particularly when it comes to the sections that feature other countries and landscapes – although perhaps that’s just the lockdown talking. “The actual context of us being stuck at home makes the piece resonate even more,” says Morisset, who has worked on the project for three years. 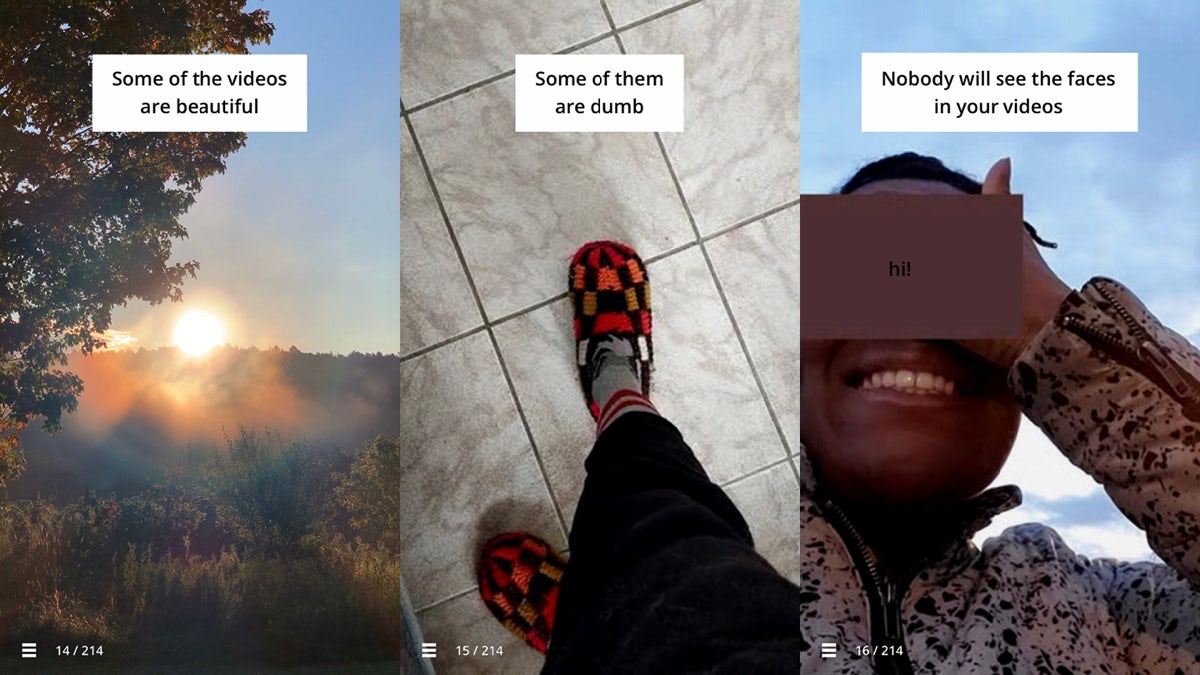 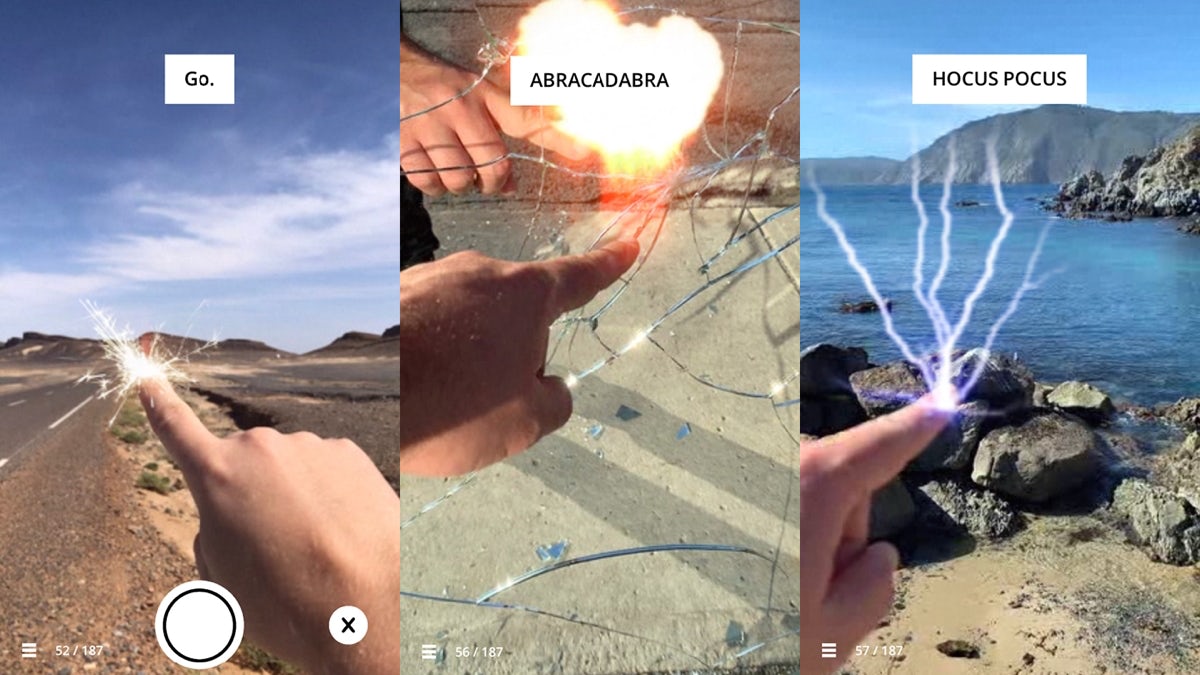 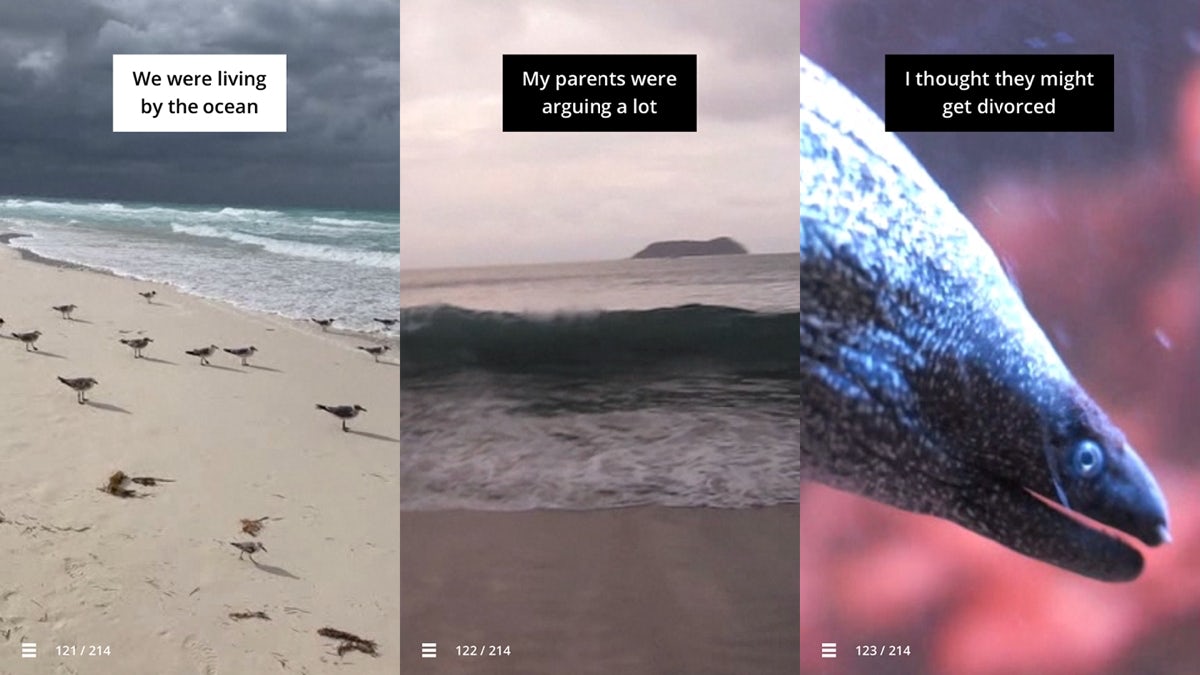 The work is the latest from Morisset (who has previously created pioneering interactive films for Arcade Fire, as well as his own personal art projects) commissioned by the National Film Board of Canada, which has built a reputation for supporting digital and interactive projects alongside traditional film works.

It’s easy to progress through Motto and fulfil the tasks the interactive film sets, and there’s something quite pleasing about seeing those video clips fed back to you unexpectedly later on. Motto is clearly inspired by the addictive social media scroll, but it’s interesting to see what happens when the format is given narrative and form in this manner.