While the movie industry is fighting to adapt to the changes wrought by streaming, one thing that remains eternal is an awareness of the importance of the movie poster to get people into cinemas. In fact, one could almost say that we’re in a golden age of the poster, as studios – especially independent film companies – see the value of bold, striking imagery.

Below, CR’s design columnist Daniel Benneworth-Gray picks his ten favourite posters of 2019, and explains why they stood out for him. 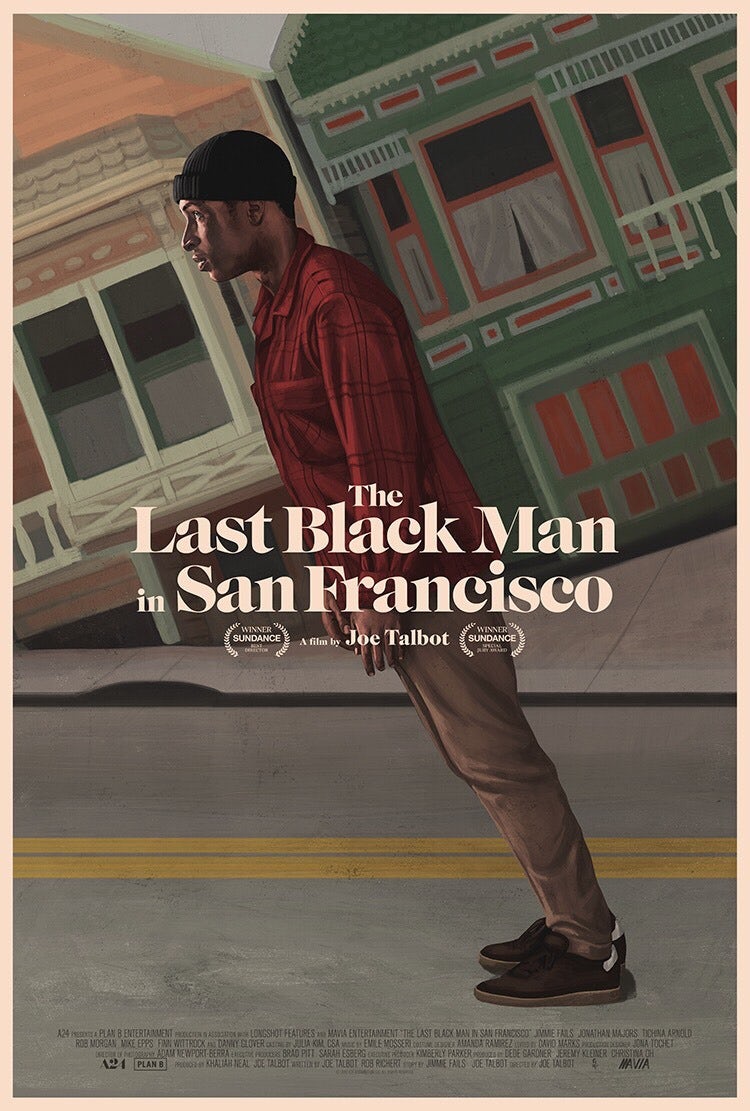 The Last Black Man in San Franciso (Akiko Stehrenberger)
It’s impossible to make one of these lists without mentioning Akiko Stehrenberger, who continues to lead the way in painted poster art, and we have two from her this year. Promoting her forthcoming monograph, she discussed this striking poster for The Last Black Man in San Francisco: “I thought the main character standing on a steep hill was metaphoric of so many things in the film. It touched on some of the surreal moments in the film, it represented his uphill battle, and lastly represented San Francisco by the steep hills instead of the cliched Golden Gate Bridge.” 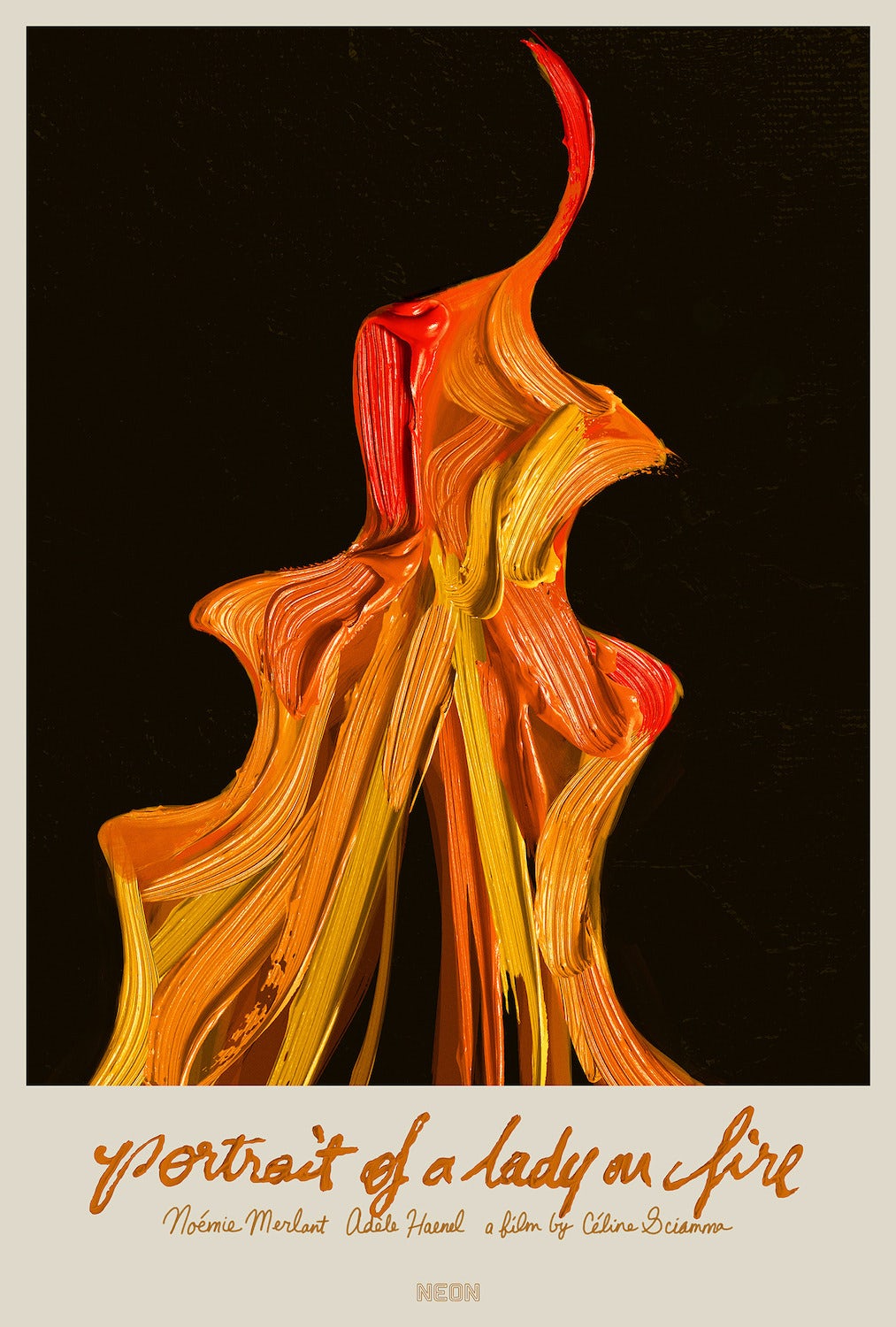 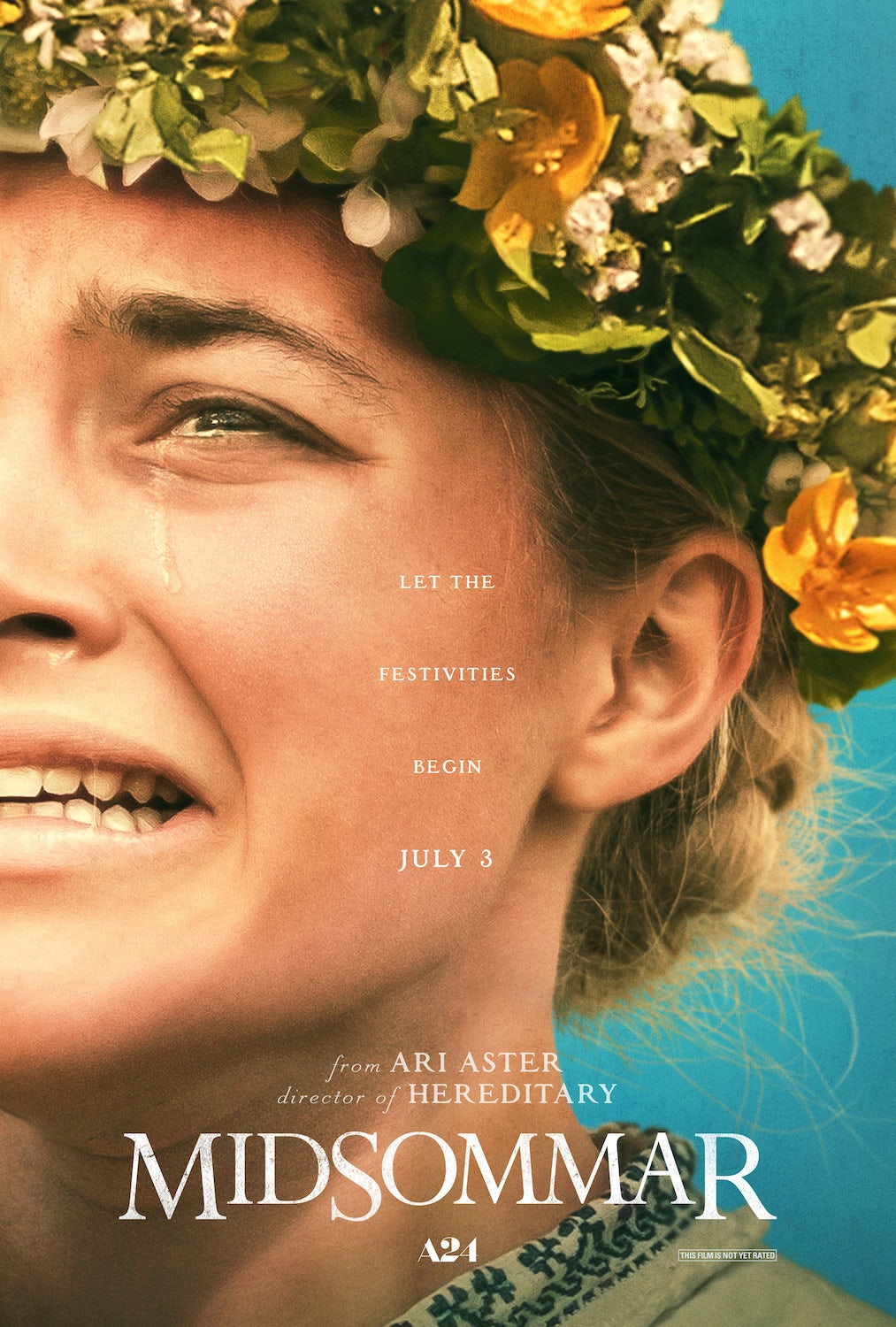 Midsommar (InSync Plus)
Even when not making posters herself, Stehrenberger’s influence can be felt elsewhere. It’s been 11 years since her influential Funny Games poster, and the derivative “extreme close up of distraught woman” trend shows no sign of abating. Sometimes it’s spot on though – the twist here is that the unseen trauma is juxtaposed with beautiful blue sky and flowers, raising questions about those ominous ‘festivities’ hovering in the centre of the frame. 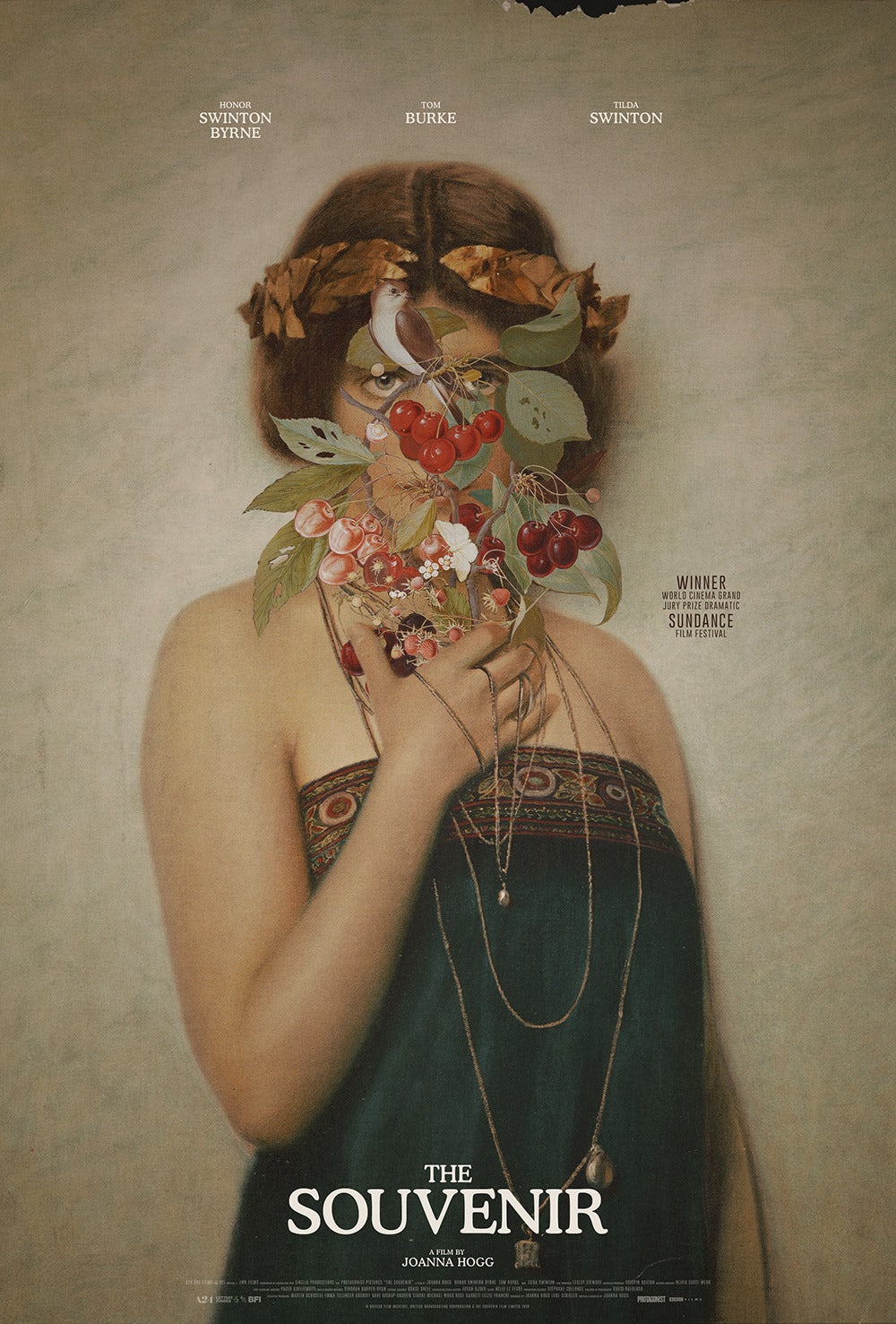 The Souvenir (Midnight Marauder)
Apparently it was a big year for flower arrangements in film posters. A striking portrait of star Swinton Byrne, the elegance undercut by the frayed edge threatening to spoil everything. 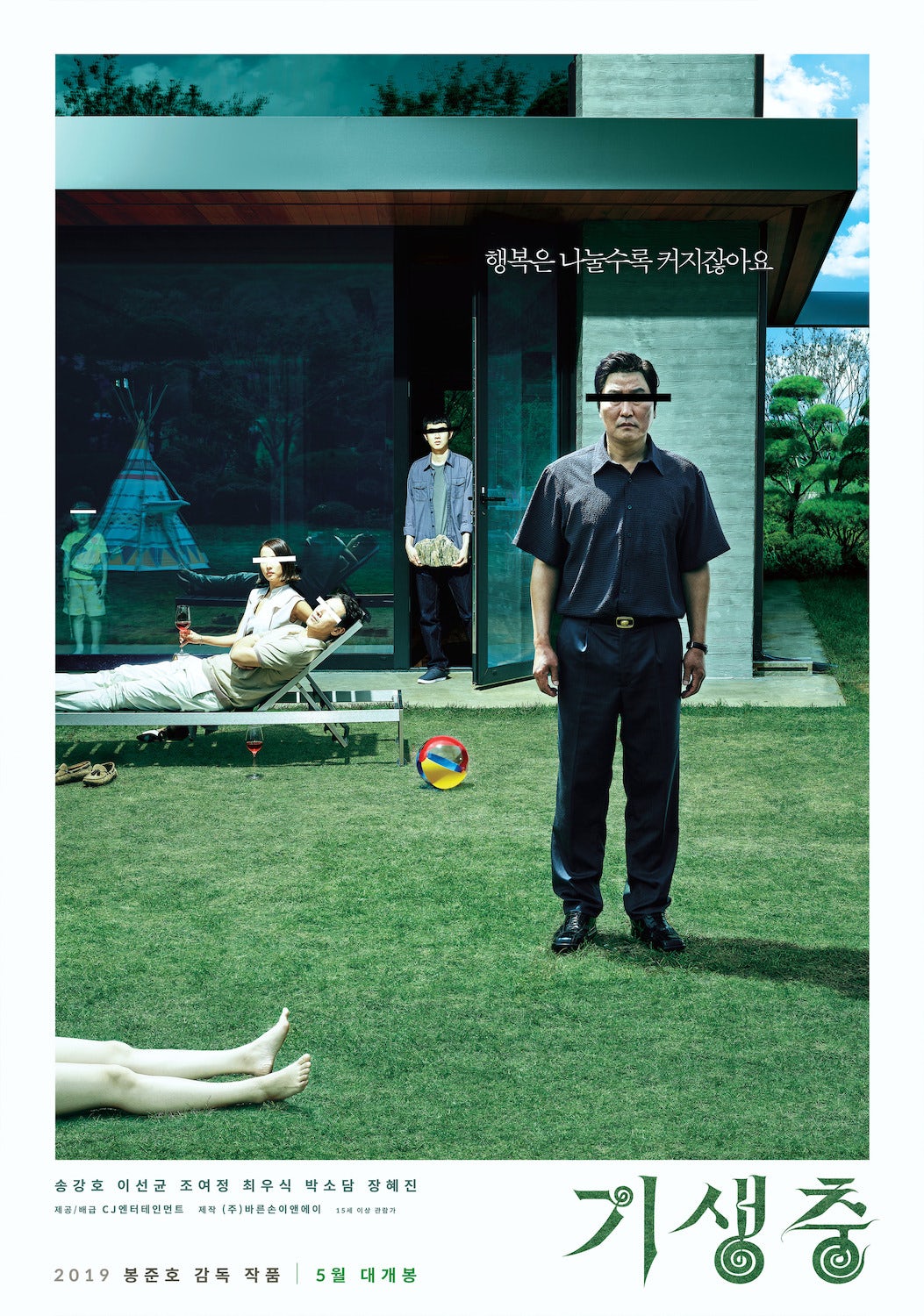 Parasite
What’s with the rock? That teepee? Those legs? Who are these people? What/who/where is the parasite? The poster for Bong Joon Ho’s new film gives little away, a puzzle full of peculiarities and clues. Although still wonderfully enigmatic in the UK version, it works most effectively with the original Korean text, adding to the eerie sterility of the geometric composition. 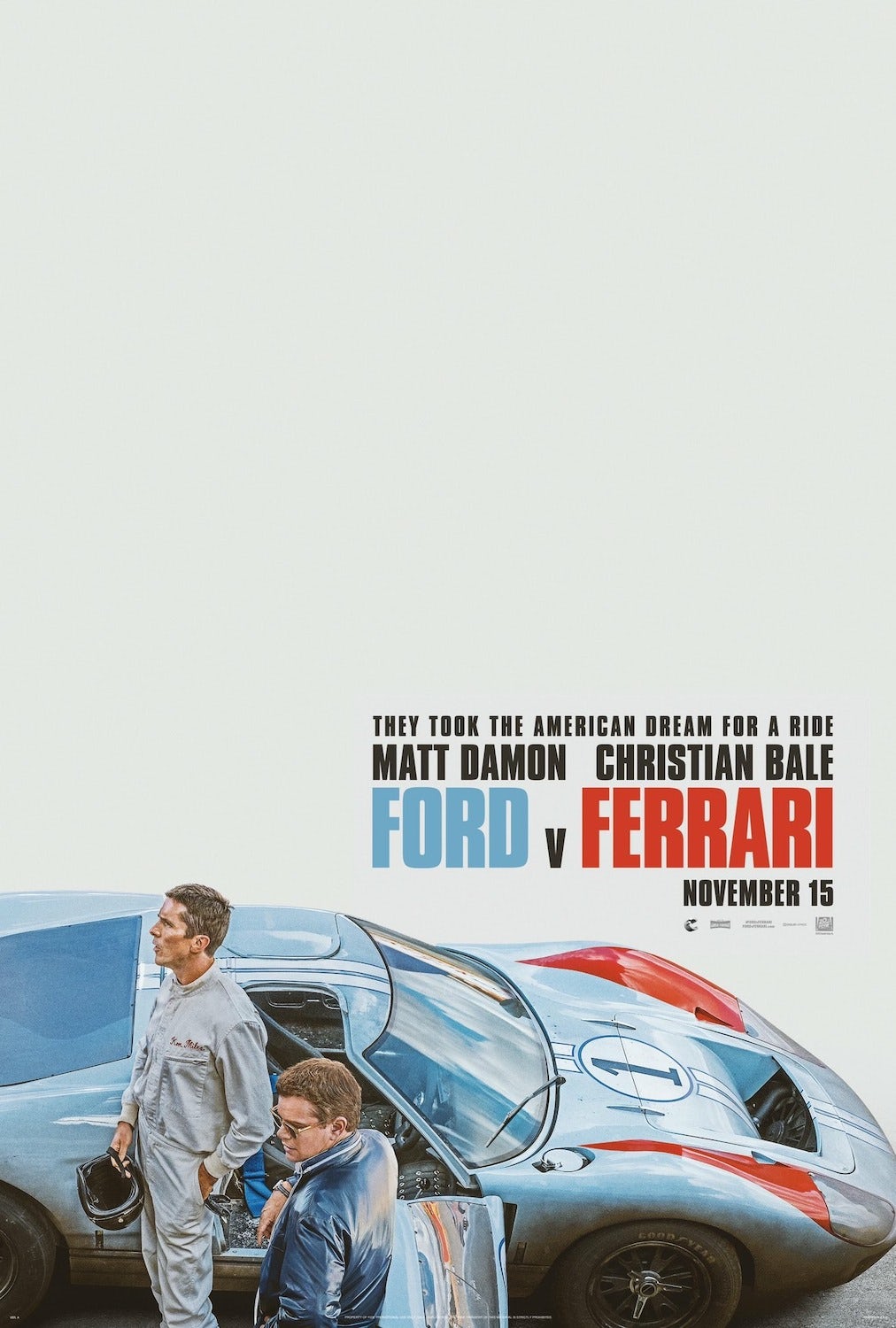 Ford v Ferrari (LA)
It’s rare that you get this much uninterrupted white space, especially when you’ve got two of the world’s biggest actors to fill it, but the iconic GT40 is the star in the striking first poster for James Mangold’s Ford v Ferrari (aka Le Mans 66 in the UK). Subsequent posters all went a bit Fast and Furious, filling every inch with action (and cheekily taking advantage of the F and F) but this is the one that perfectly captures the era and the tone of the film. 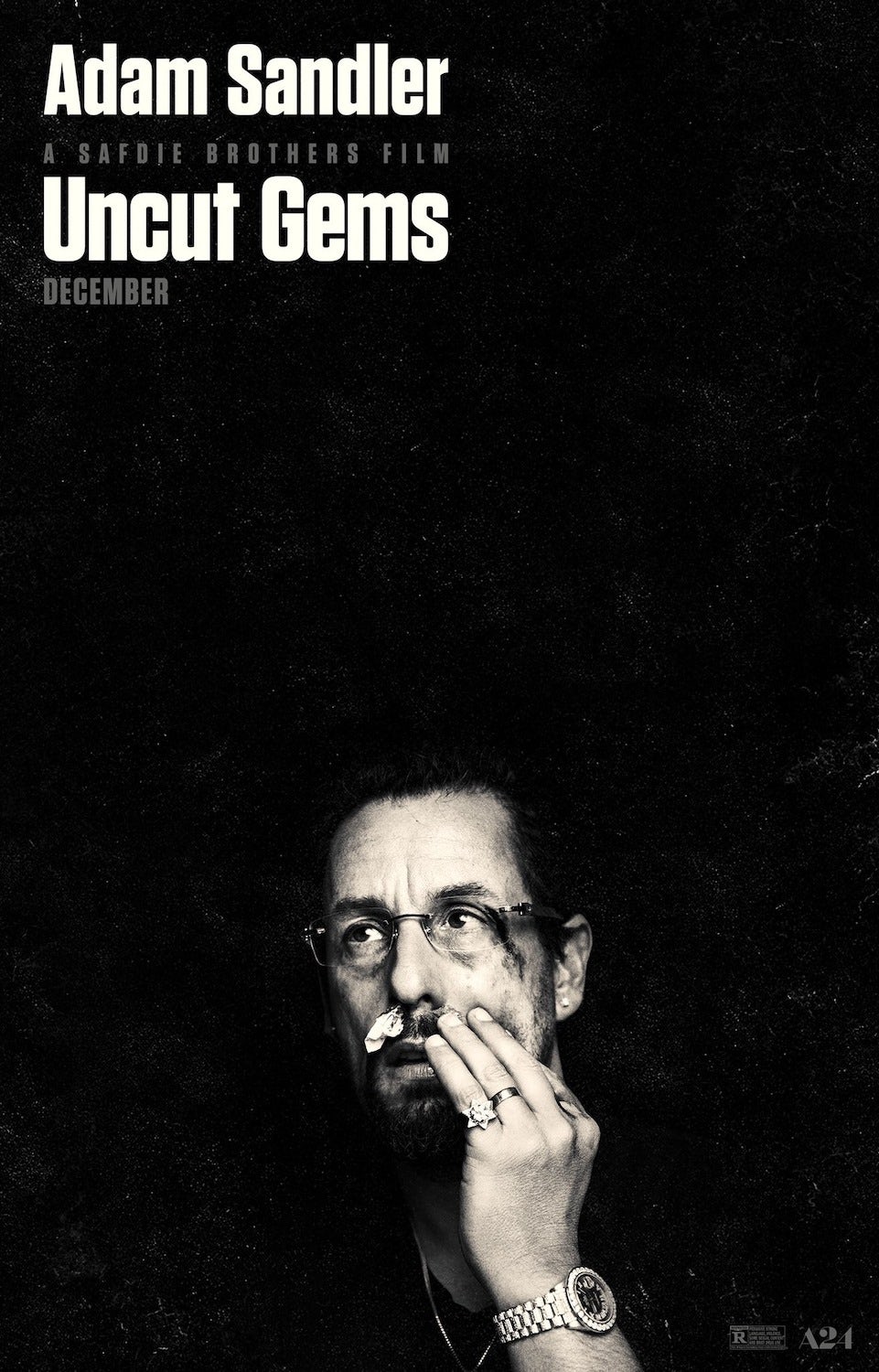 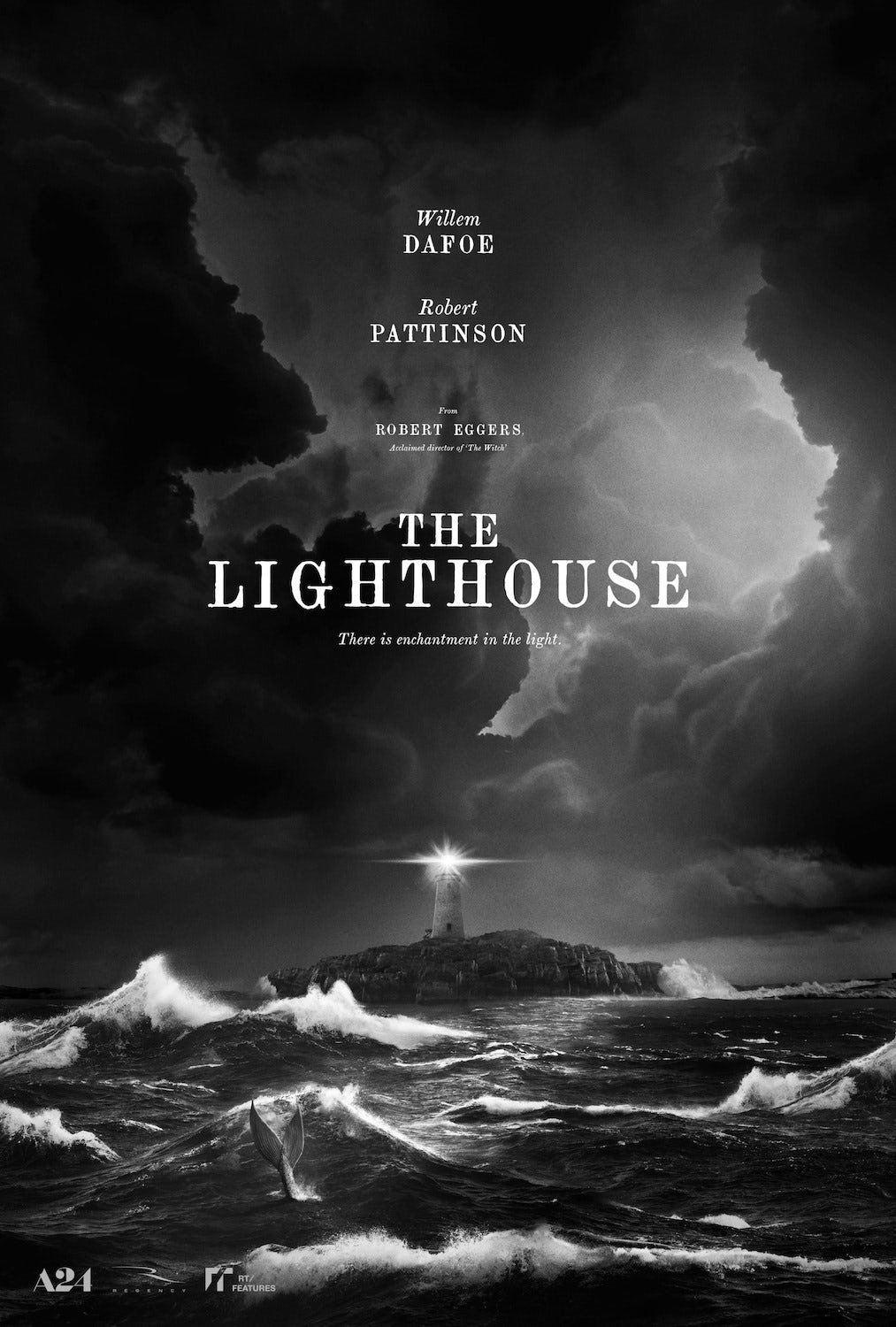 The Lighthouse (P+A)
It’s a black and white film about a lighthouse … so here’s a black and white poster with a lighthouse, oozing atmosphere and dread. One can only imagine how many iterations this went through to get the clouds and waves just so. Also worth noting, while Once Upon a Time … in Hollywood, Downton Abbey and John Wick: Chapter 3 – Parabellum all had character posters for their dogs (they’re good posters), The Lighthouse put out one featuring nothing but a monoculus seagull. 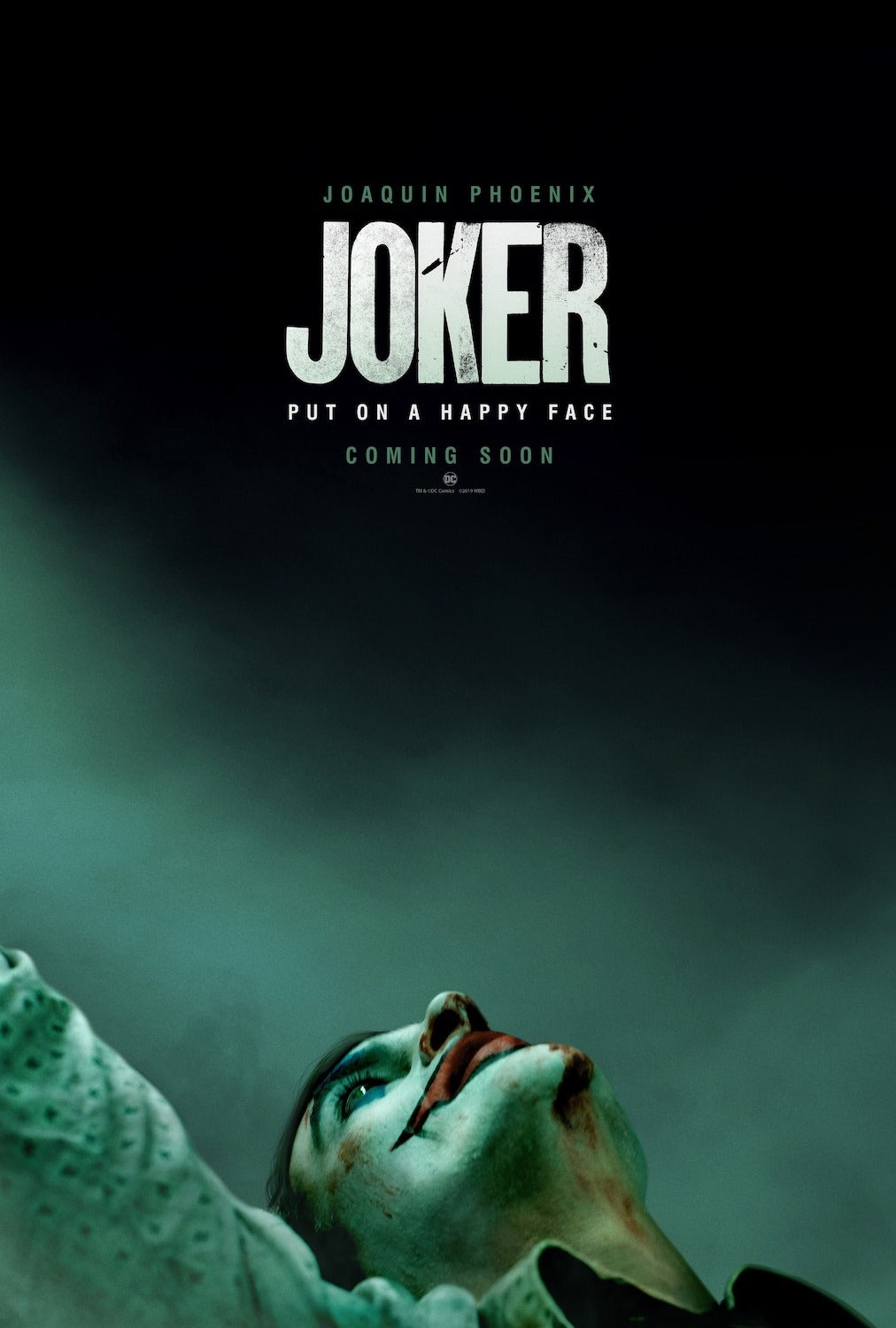 Joker (Bond)
With comic book films continuing to dominate the industry, it’s good to see DC rising to the challenge of encroaching homogeneity, with each film’s marketing campaign reflecting that variety. Although drawn from the same stable of comics, the skewed dread of the various Joker posters couldn’t be further removed from the fabulosity or raucousness of those for Wonder Woman 1984 and Birds of Prey: And the Fantabulous Emancipation of One Harley Quinn. 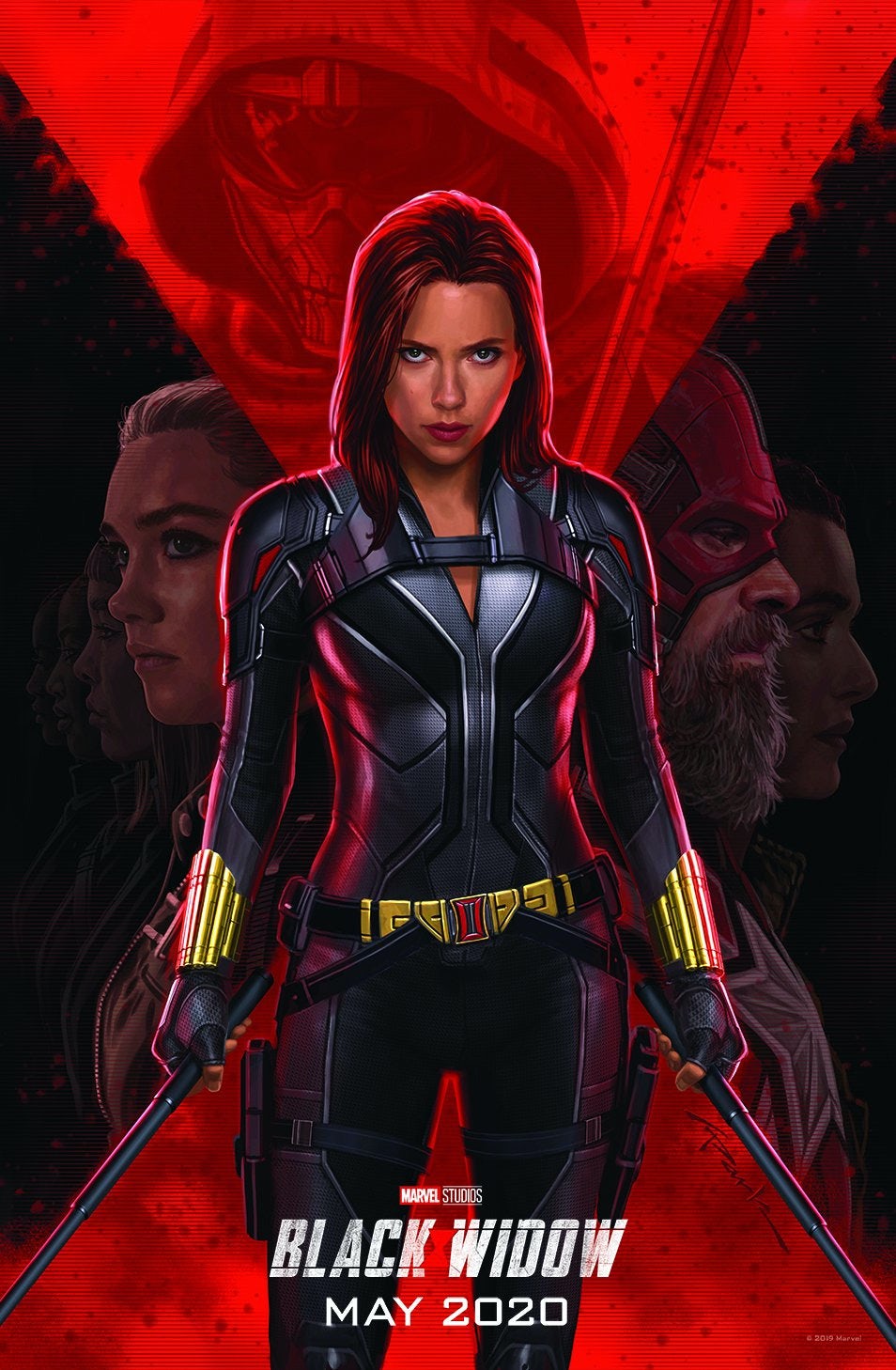 Black Widow (Andy Park)
This striking teaser from Marvel concept artist Andy Park eschews the studio’s increasingly overcrowded posters – it’s clear who the star is here – and bridges a gap between film and comic art. If this year’s film posters have a common thread, it’s that illustration, once sidelined in favour of Photoshop-ery, is now right back at the forefront of poster design.

Daniel Benneworth-Gray is a freelance designer based in York, @gray