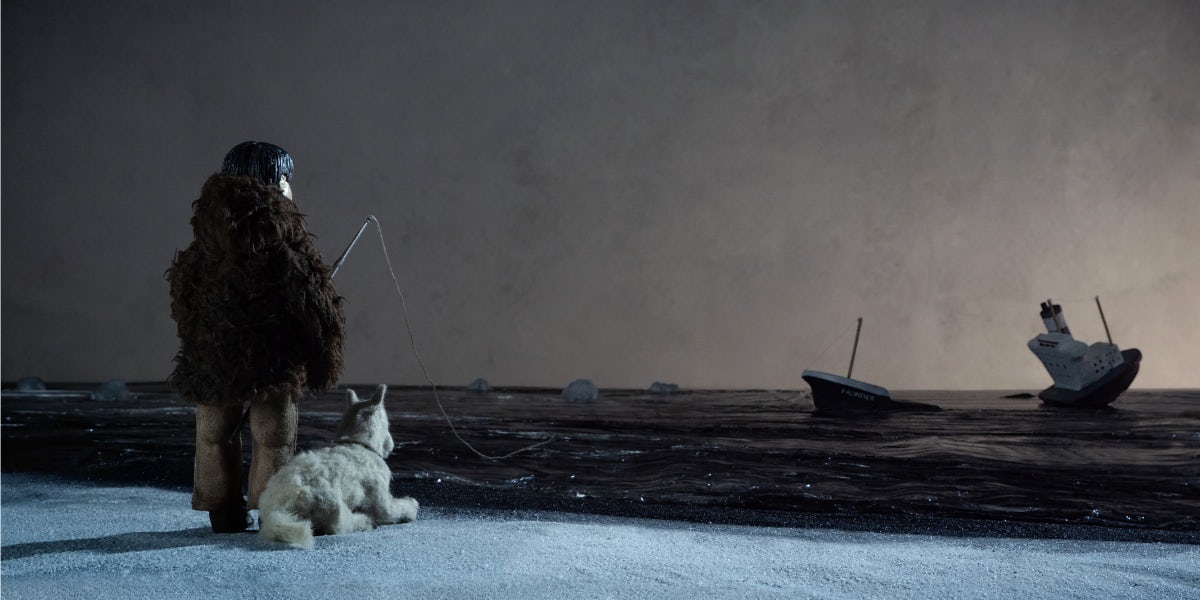 Described by Lewis as “a dark comedy about companionship, loneliness, and pollution”, Uki is an important, and at times bleak, reminder of the environmental impact on indigenous people.

The film was co-directed by Lewis (one of the 10 young creatives featured in our Gradwatch series earlier this year) and fellow graphic design graduate Warren, as part of a self-initiated project during their final year at Kingston University. 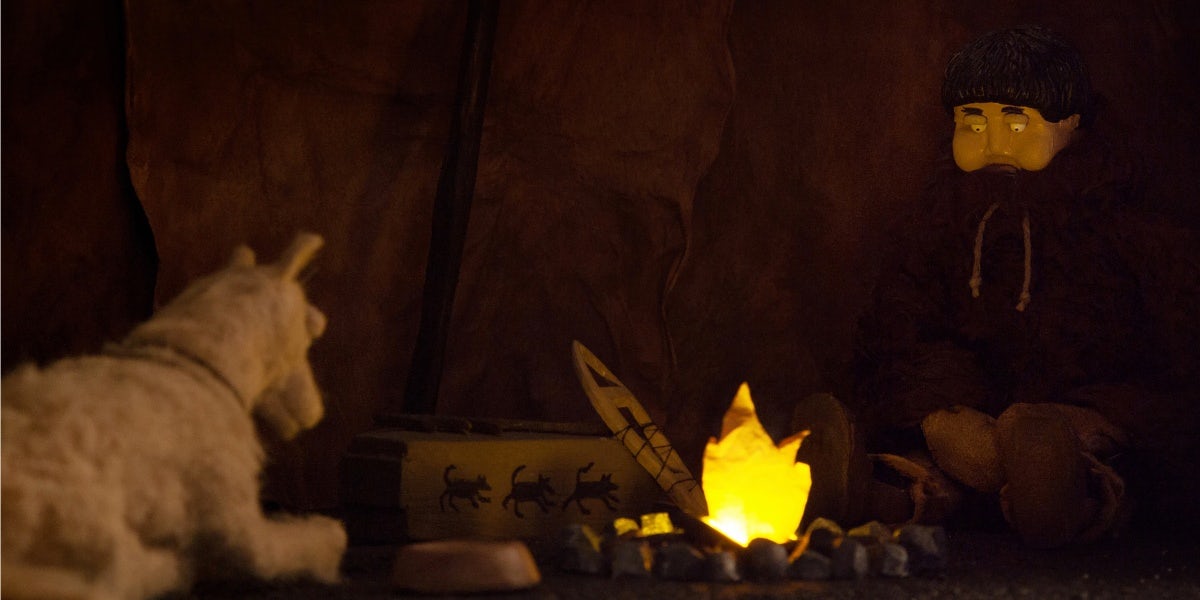 Uki is a five-minute-long, meticulously detailed stop-frame animation about a lonely Inuit who struggles to survive after an oil tanker leaks oil off the coast of Alaska, killing all the wildlife in the area and ruining the only world he knows.

The project began during their time at Kingston University. The duo produced the film in Warren’s garage and Lewis slept in a tent in the family’s garden for two months in order to meet the budget and deadline, says Warren.

“George and I both made the puppets ourselves – Uki and the dog we both spent hours making, but also breaking, and starting again until it felt right. I think we had about three or four different dog puppets and loads of fur tests until we were happy with the dog we had on screen,” says Lewis. 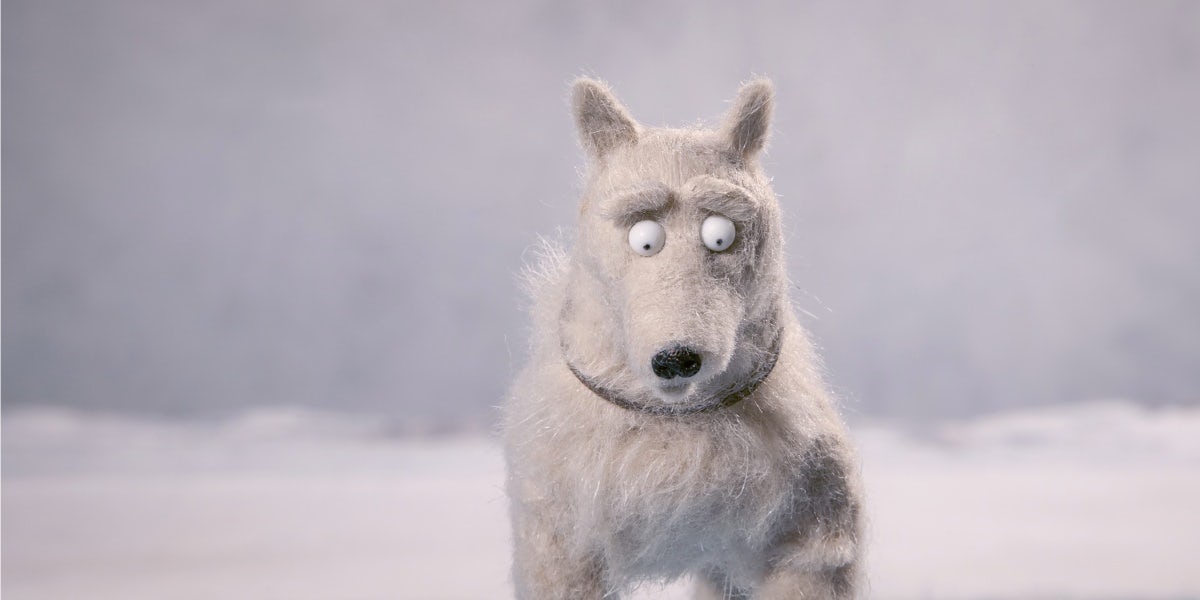 The film was shot using a mix of single and double frames but the majority was shot at 12 frames a second, so there are approximately 4,500 individual puppet movements, Warren adds.

The pair also cited Wes Anderson’s animated films as a big influence for Uki’s set designs, especially as Isle of Dogs had just come out near the start of the project.

Lewis will be starting a new full-time role as a designer for BBC Creative within the next month. The pair also now live together in London and plan to continue working together wherever possible.