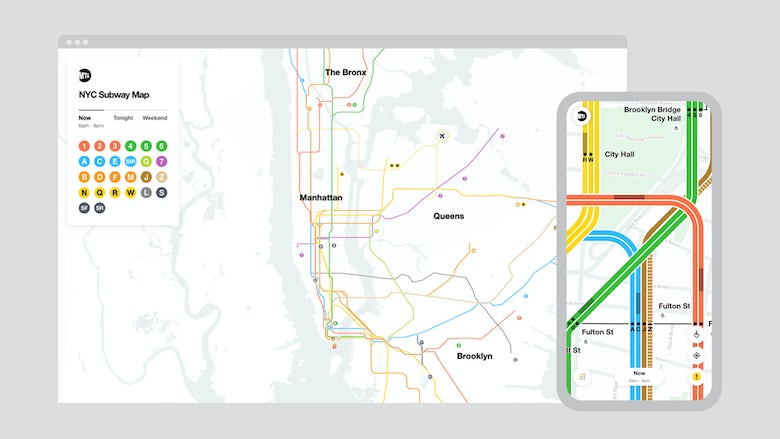 In order to help subway users in New York City navigate what can often seem like a complex network, Brooklyn-based Work & Co collaborated with the MTA and the Transit Innovation Partnership to create a real-time, live map of the subway system. The project marks the network’s first major redesign in four decades.

The MTA Live Subway Map is a web-based digital tool that develops the iconic New York City subway maps by Unimark International and Michael Hertz Associates. It still uses the original map design but powers it with technology, allowing riders to easily see any specific service changes that may impact their commute. Users are able to filter to view the train lines they use most, and with a few taps can also view future services, using the Tonight and Weekend options.

Using the MTA’s data, the map dynamically redraws itself to ensure train lines are up to date and move in real-time, making it simpler for millions of New Yorkers and tourists to navigate the system. The maps are optimised for use on mobiles, where they incorporate GPS, allowing users to see where they are on their journey, but can also be viewed on desktop computers and tablets.