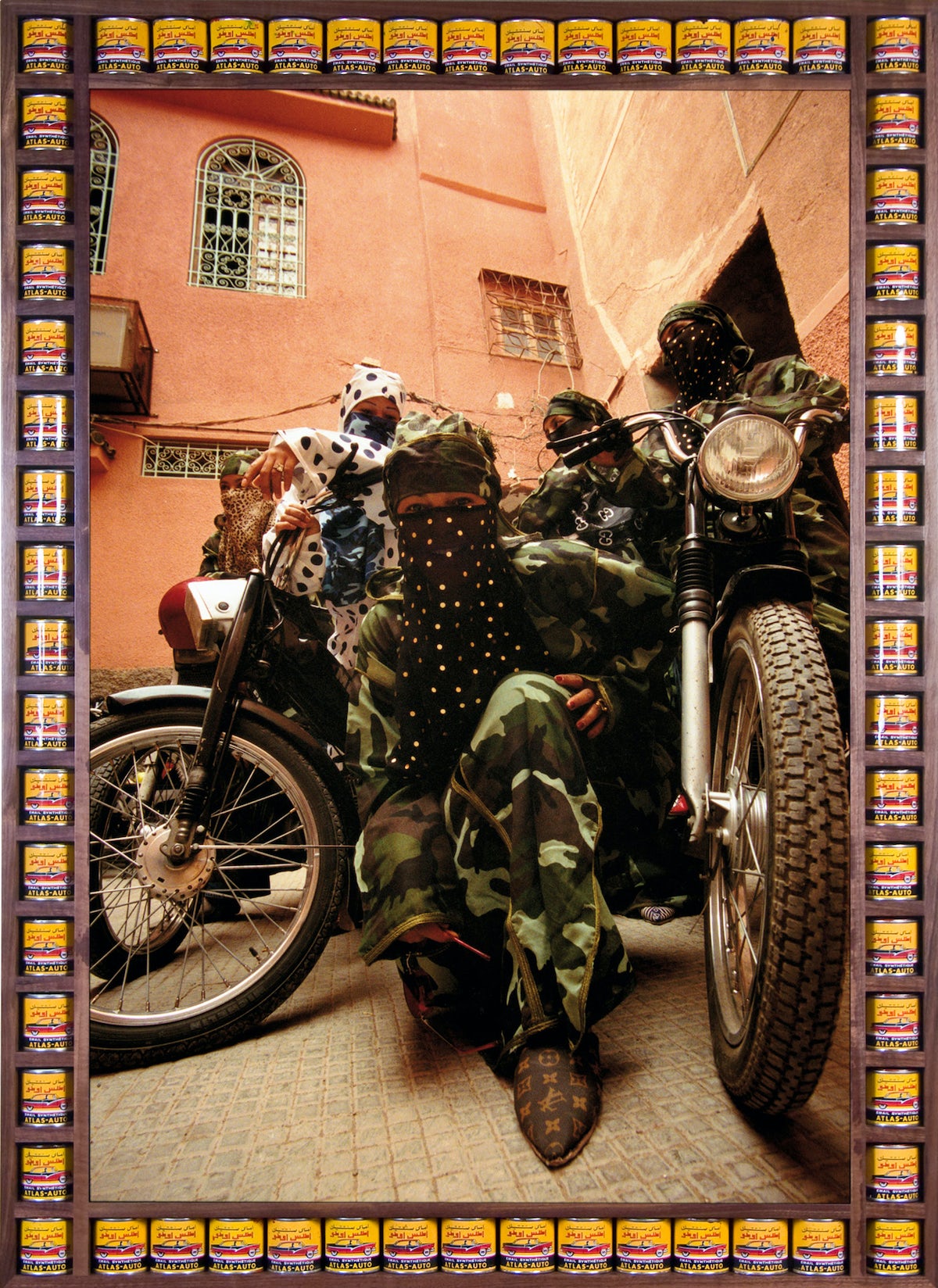 I moved to the UK in 1973, after leaving school without qualifications at the age of 15. I was unemployed for about six or seven years and during that period I started doing lots of underground parties in London. Then I opened up a streetwear shop called RAP in 1984, which became a base for myself, my friends and lots of creative people I met, like stylists, video-makers and musicians. It was 1989 when I finally bought a camera and I would just go and shoot for myself, but I suppose that was the beginning of my photography career.

The idea for Gangs of Marrakesh first came in 1997. A friend of mine had an old riad in Marrakesh. He asked if I could help out at his place while he was away as a magazine was doing a fashion shoot there. During the shoot it dawned on me that all the designs were European, the models were European, even the stylists and make-up artists were European, and basically Morocco was just being used as a backdrop. I thought why not go and create something of my own, but using my friends instead of European models.