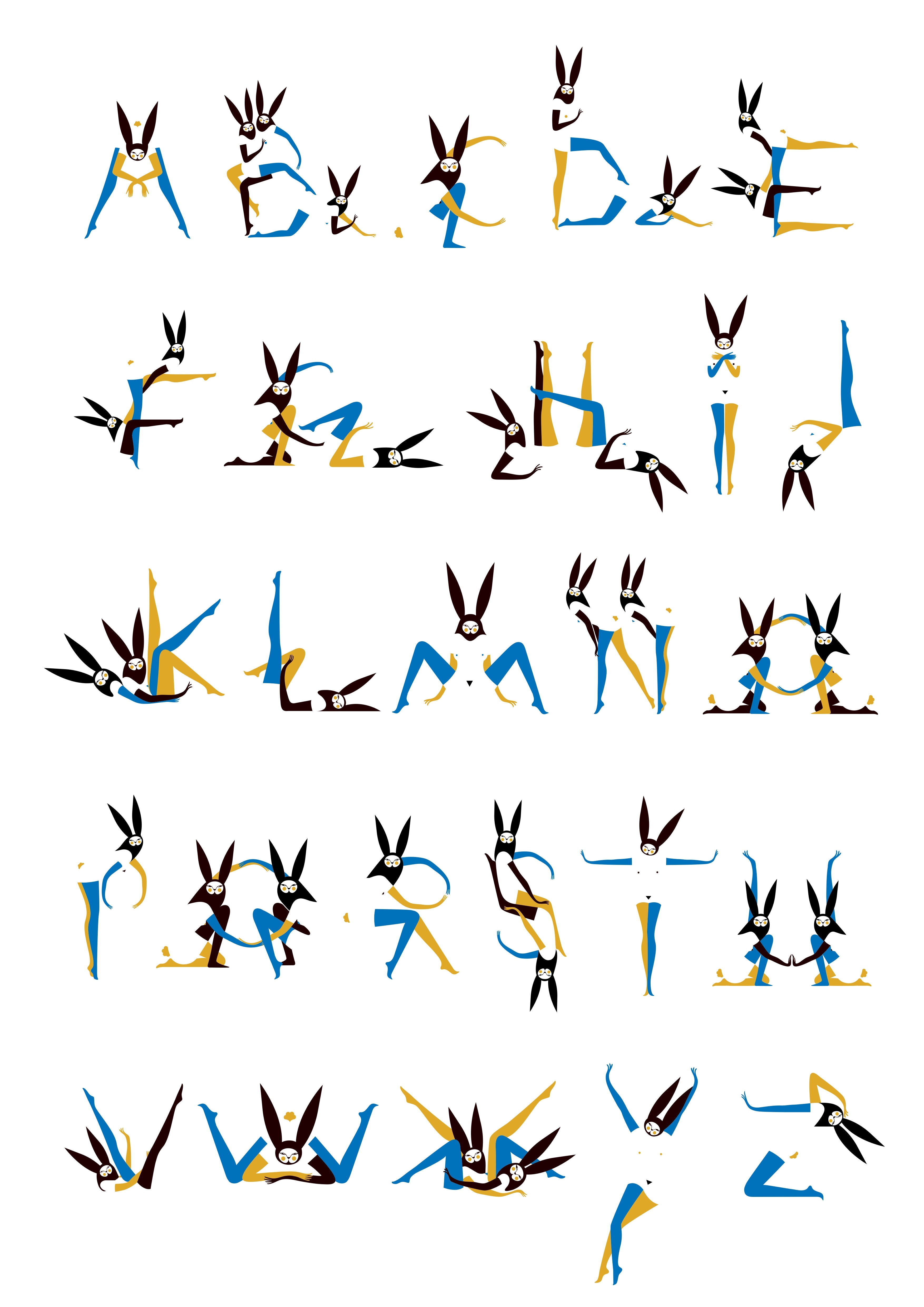 I made Alphabunnies in 2009 while I was at Airside, and it was the first piece of work that felt personal, and the beginning of me finding my voice as an illustrator. At the time Airside had an online shop, which was a really good thing. They wanted their designers to be happy, so when we weren’t doing client work and we had down time, you could create whatever you want. You’d show it in the Monday morning meeting and if everybody liked it then we’d sell it in the shop. All the profit from the shop was used to pay the guy taking care of it, so no-one was making money but everybody was happy.

I had already produced a few things which were more in the style of what Airside was doing – more of a Japanese kawaii aesthetic – but I wanted to find a way to connect what was in my sketchbook, which was filled with sketches of naked women and sexy drawings. Alphabunnies was the first time I approached illustration as what I wanted to do. The subject matter I really wanted to explore was erotic drawings with more of a graphic design approach, almost like a logo. I started experimenting with shapes, playing a lot with negative space and paring down pencil drawings. I ended up with the body as the white negative space, and had fun with the little details, and I suddenly realised that some of the drawings looked like letters. It wasn’t purposefully made as an alphabet, but that became my challenge.