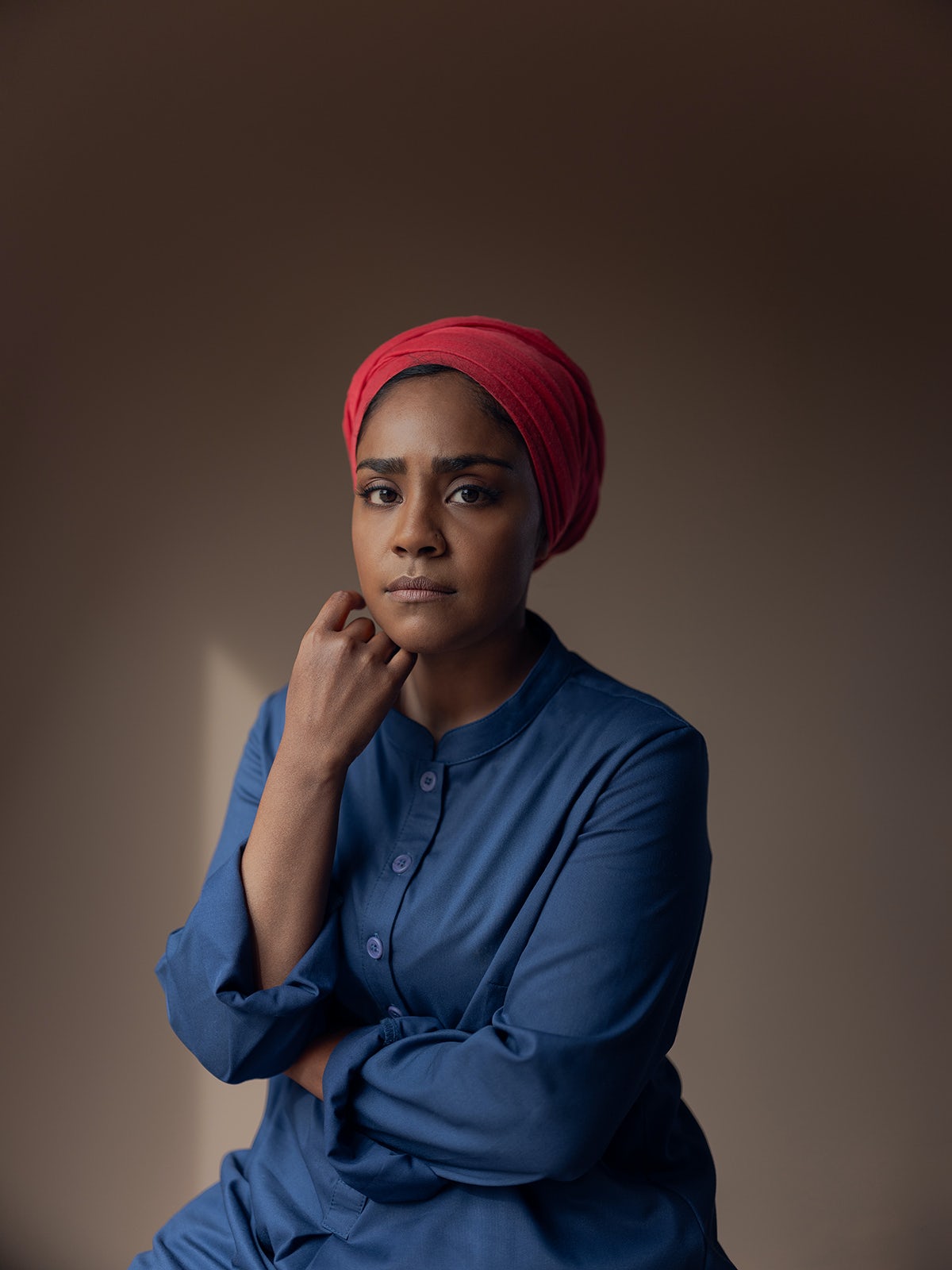 BBC Creative commissioned Phil Sharp to shoot this portrait of Nadiya Hussain for a documentary in which she explores her experiences of anxiety and panic attacks. Hussain is best known as the smiley star of the Great British Bake Off series, which she won in 2015 and has led to a career as an author and media personality. The image needed to show a different side to Hussain to that which the public is familiar with and express the serious nature of the documentary. Sharp used muted tones and captured a pensive and vulnerable image of Hussain that aptly expresses the differences between this show and Hussain’s previous TV appearances.