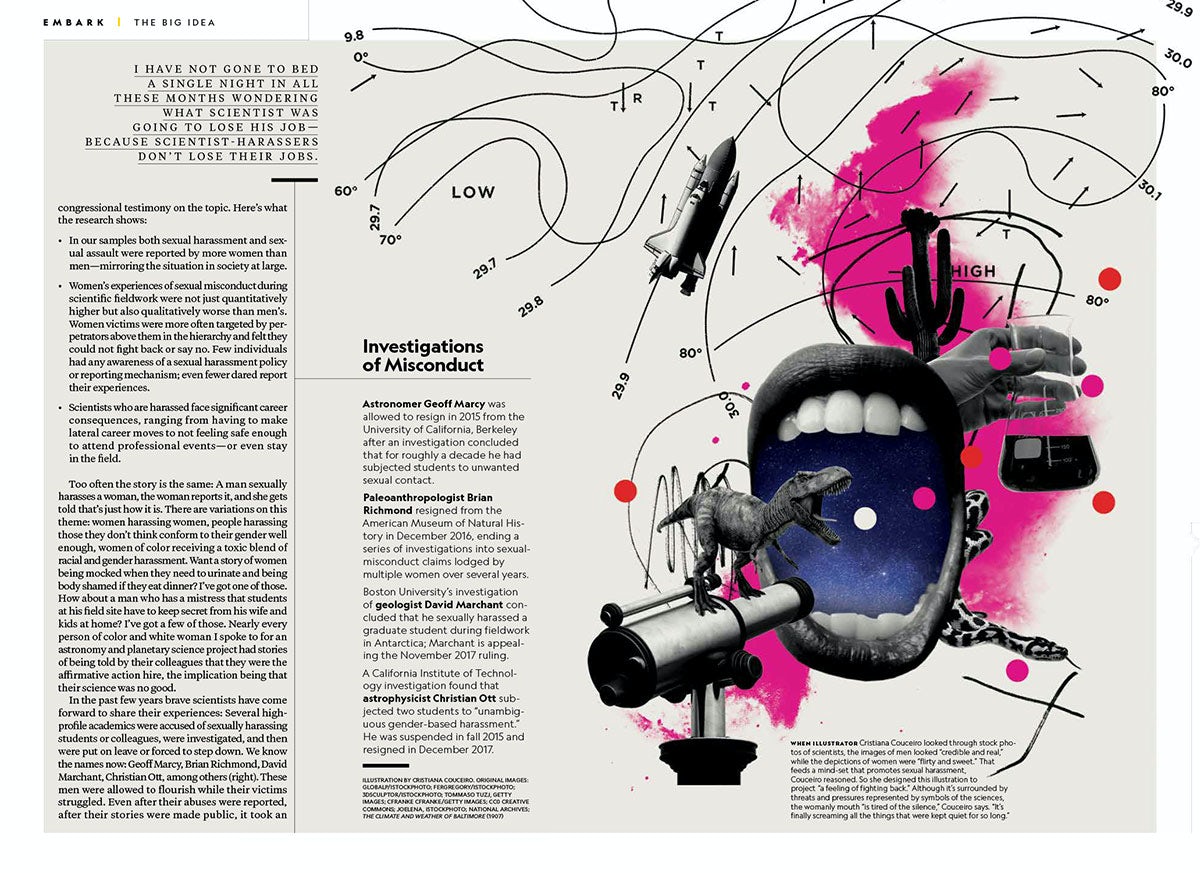 According to the magazine, the overhaul will place “even more emphasis on visual storytelling”, through a new paper stock, “bolder” design, the introduction of three distinct sections in the front of the magazine and two new typefaces.

One of the new typefaces, Earle, is named after Sylvia Earle, the octogenarian oceanographer and National Geographic Society explorer-in-residence. The typeface is based on Egizio Condensed, a Clarendon typeface designed by Italian designer Aldo Novarese in 1955.

The team at GDP chose the face based on its history as a 1950s interpretation of the classic wood type slab serif style, “so there’s kind of a nice history of evolving this face for contemporary use, given the technology available”, as well as the fact it was used by National Geographic as a display typeface in the 1970s.

“It worked great, but in its 70s form it had a very 70s vibe. Some of the flourishes felt too dated to use out of the box,” says GDP. “We adjusted the contrast a bit, and changed the shape of the terminals from a traditional ball terminal to something a little more unusual. And we worked in some characteristics of a slab serif. The final output is something that feels fresh — a contemporary serif with personality, that still reads as ‘smart’ rather than ‘ornamental’.”

The other new typeface has similarly considered origins that reflect both history and personality. Marden is named after colour photography pioneer and adventurer Luis Marden, and the inspiration for the characters was Fiedler Monogothic Condensed #6, again used as a National Geographic display typeface in the 1970s.

“FMC#6 was an interpretation of the American Gothic style, which in turn was an interpretation of the British Grotesque style — so as with Egizio we have a string of referential evolution here,” says GDP. “Our take is anatomically similar to FMC#6, but has additional historical references and some 21st century sharpness. Essentially, we’re mirroring the way we modernised Egizio: a bit of the original, a bit of what the original referenced, plus a dash of something new. We loved the high x-height, but it had a bit too much quirk to it. The Egizio was the loudest typographic voice on the page so this needed to tone back a bit. We adjusted shapes to bring it more into the realm of a classic American grotesque.”

GDP adds, “This is a style frequently used in newspapers, posters, and headlines general. It speaks confidently.” 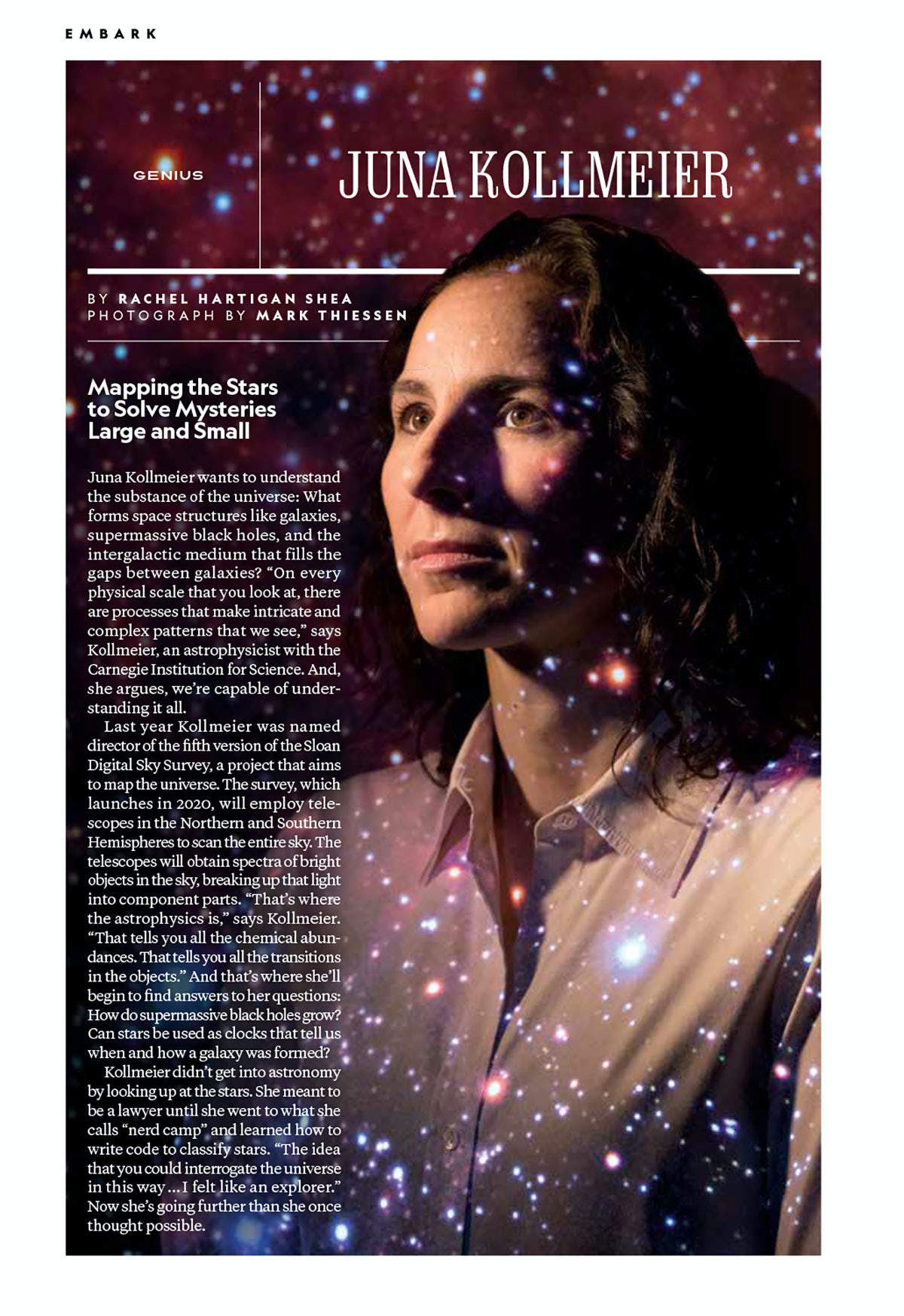 The other major visual change to the magazine is in its presentation of imagery; arguably, the aspect that the publication is most famed for. Each issue will now present several shorter, visual features “rich with illustrations and photos” to replace its previous strategy of running four or five feature stories of roughly the same length. These shorter image-led features will sit alongside two “traditional-length stories … and one major, marquee package”.

Each issue will now open with three new front sections: Proof, comprising short photo essays; Embark, dedicated to stories presenting “new ideas and arguments”; and Explore, which the magazine describes as “adventure pieces” that “allow the reader to journey, escape boundaries, and investigate the great mysteries of life” through storytelling techniques such as maps and a piece called Through the Lens which tells an in-depth story behind a single photograph.

This year marks the publication’s 130th birthday, and to mark the occasion its new strategy looks to “move forward by embracing our heritage in new and modern ways”, said Susan Goldberg, National Geographic Editor-in-Chief. “The new National Geographic delivers the same sense of wonder readers expect but with a bolder, more provocative, more captivating eye.”

The new designs will debut in the May issue, on print newsstands on April 24 and available online at ngm.com. GDP created a video to introduce the new designs, which will run on Nat Geo’s web and social channels, and will also be cut as a TV spot for the National Geographic Channel.