Originally a barracks site of the Dutch army, Kamp Amersfoort was transformed beyond recognition in August 1941 when it became one of the Nazi regime’s notorious concentration camps. Over the course of the Second World War, the camp’s estimated 47,000 prisoners – among them Jews, resistance fighters, communists, Jehovah’s Witnesses and prisoners of war – were subjected to an inhumane regime of starvation, abuse, forced labour and executions.

More than 75 years on, National Monument Kamp Amersfoort preserves the memory of these prisoners and what they had to endure. The museum was originally built in 2005 by architectural practice Inbo, but by 2021 was in need of an update that would do justice to the site’s history. Netherlands-based experience design agency Tinker Imagineers was brought in by the museum team to develop the new concept and exhibition design, collaborating closely with Inbo and landscape architects Juurlink+Geluk. Their brief was simple: to engage visitors and make them aware that the story of Kamp Amersfoort touches on universal themes that are as relevant today as they were at the time. 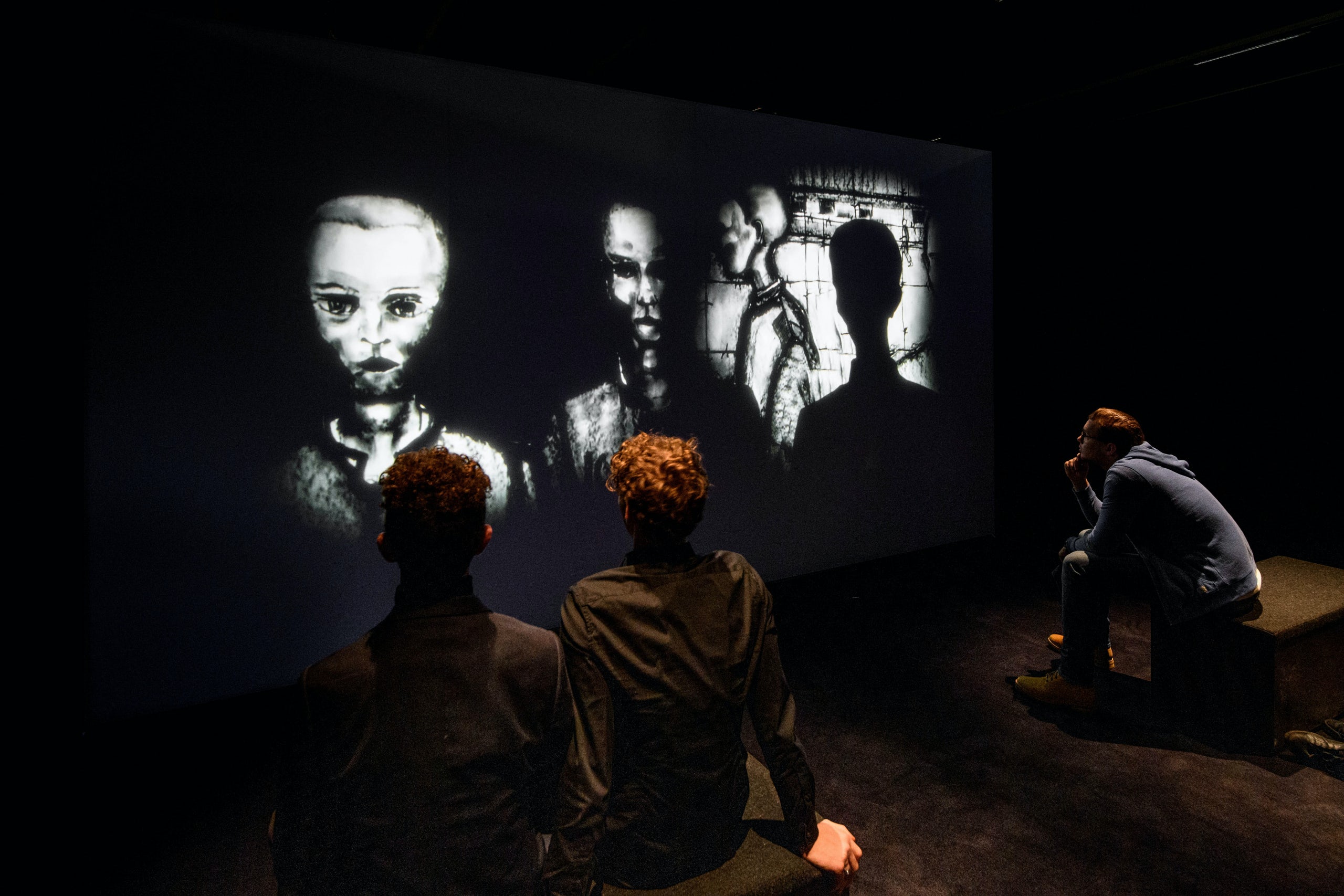 Spanning 1100m2, the revamped museum features objects, photos, documents and temporary exhibitions, which sit alongside the monuments and remaining visible traces of the camp in the large outside area. Inside the main building, visitors descend the stairs and enter an immense, modestly furnished room, located underneath the former camp. The space is inspired by the contradictions ingrained in the camp’s history: right and wrong, life and death, remembering and forgetting. These contrasts formed the starting point for the team’s design principles, and have been incorporated into the architecture, landscape, and exhibition space. Natural materials in black, white and shades of grey, for example, are contrasted with the warmer lighting used throughout.

In the exhibition space, black and white video footage reveals what life in the camp was really like. A large map illustrates the transportation of ­prisoners in and out of the camp, while gigantic portraits printed on pillars transform them from the numbered identities they were given when they arrived into real-life faces and names. Their belongings are displayed in the drawers below the images, and visitors can listen to their personal stories. 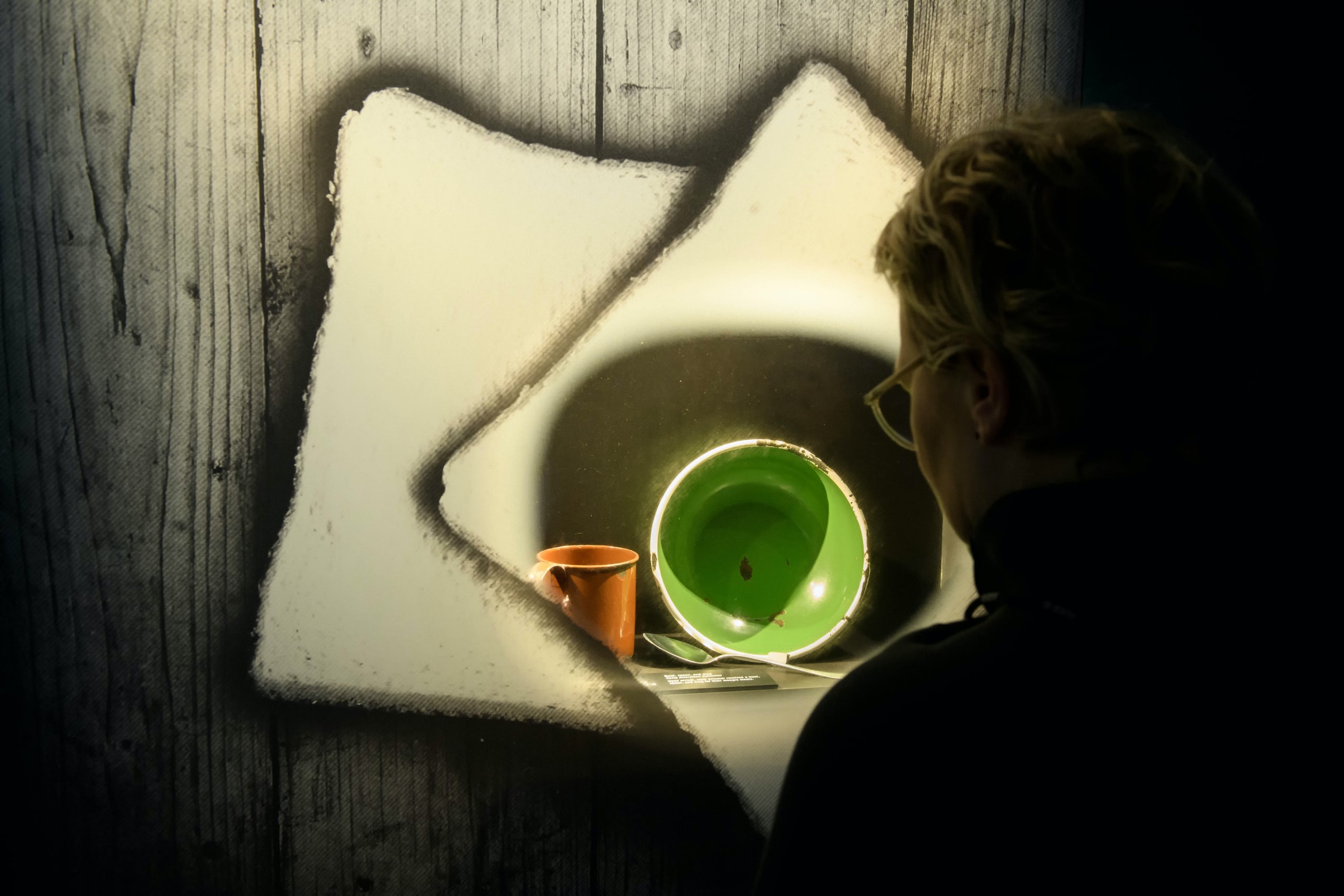 The exhibition also aims to link these historic injustices to those being carried out in our current times. One social experiment in particular confronts visitors with uncomfortable situations the prisoners would regularly have faced. The programme, called Right or Wrong, uses virtual reality to allow people to experience the effects of peer pressure, authority, and lack of trust.

Towards the end, there is room for reflection on the past and the visitor’s own role in contemporary dilemmas. The footprints on the floor – a recurring theme both inside and outside the museum – act as a nod to the roll calls that prisoners were subjected to on a daily basis, and are at right angles to a mirror wall that can be written on. All in all, the design aims to encourage visitors to think about what they have just experienced on a deeper level.

Since reopening, and in spite of ongoing Covid restrictions, the response from the public to National Monument Kamp Amersfoort has been overwhelmingly positive. To date, the museum has had over 18,000 visitors, most notably 2,500 schoolchildren and 1,000 under-18s – a hopeful sign that the next generation won’t easily forget the vital stories of their ancestors. 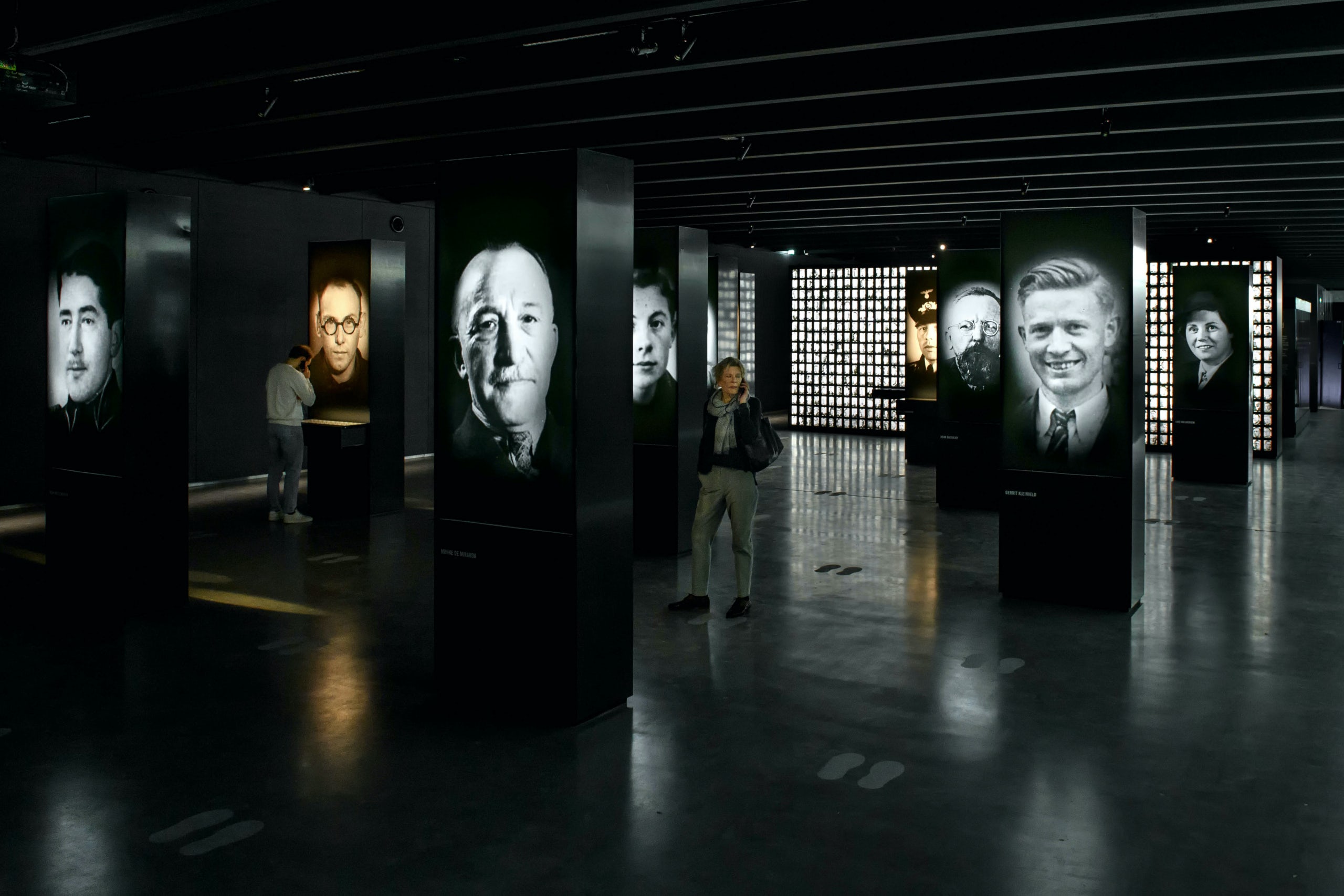 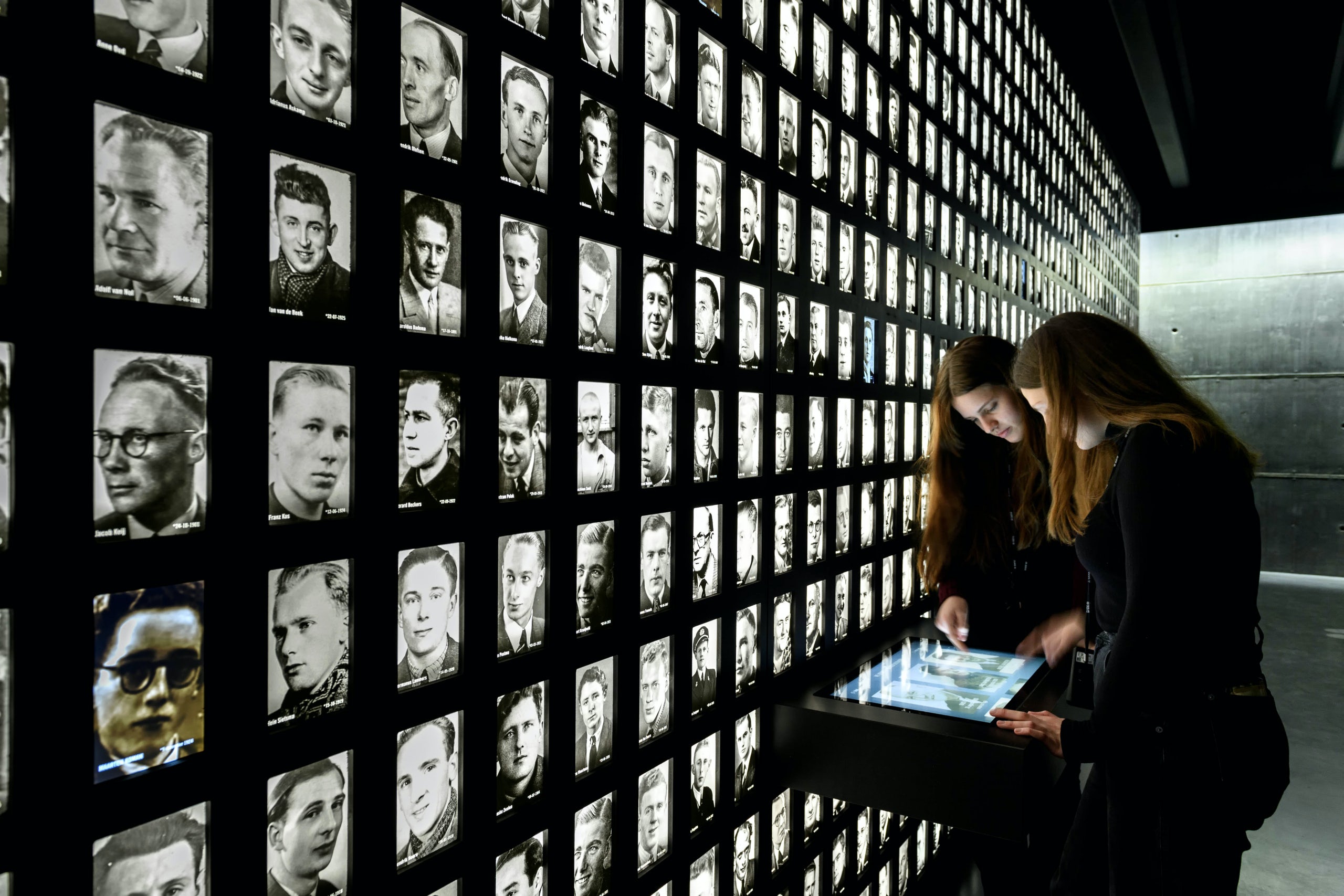