NB Studio and illustrator Sofie Birkin have created a new Pride-theme special stamp series for Royal Mail to mark the 50th anniversary of the UK’s first Pride rally in 1972 – a march organised by members of the Gay Liberation Front to protest homophobia and transphobia.

The designs are based around the idea of ‘a march through time’, and were brought to life by animation studio Animade. NB Studio commissioned Birkin thanks to her “joyous and colourful style of illustration” – which seemed the perfect fit for the milestone celebration for the LGBTQ+ community. 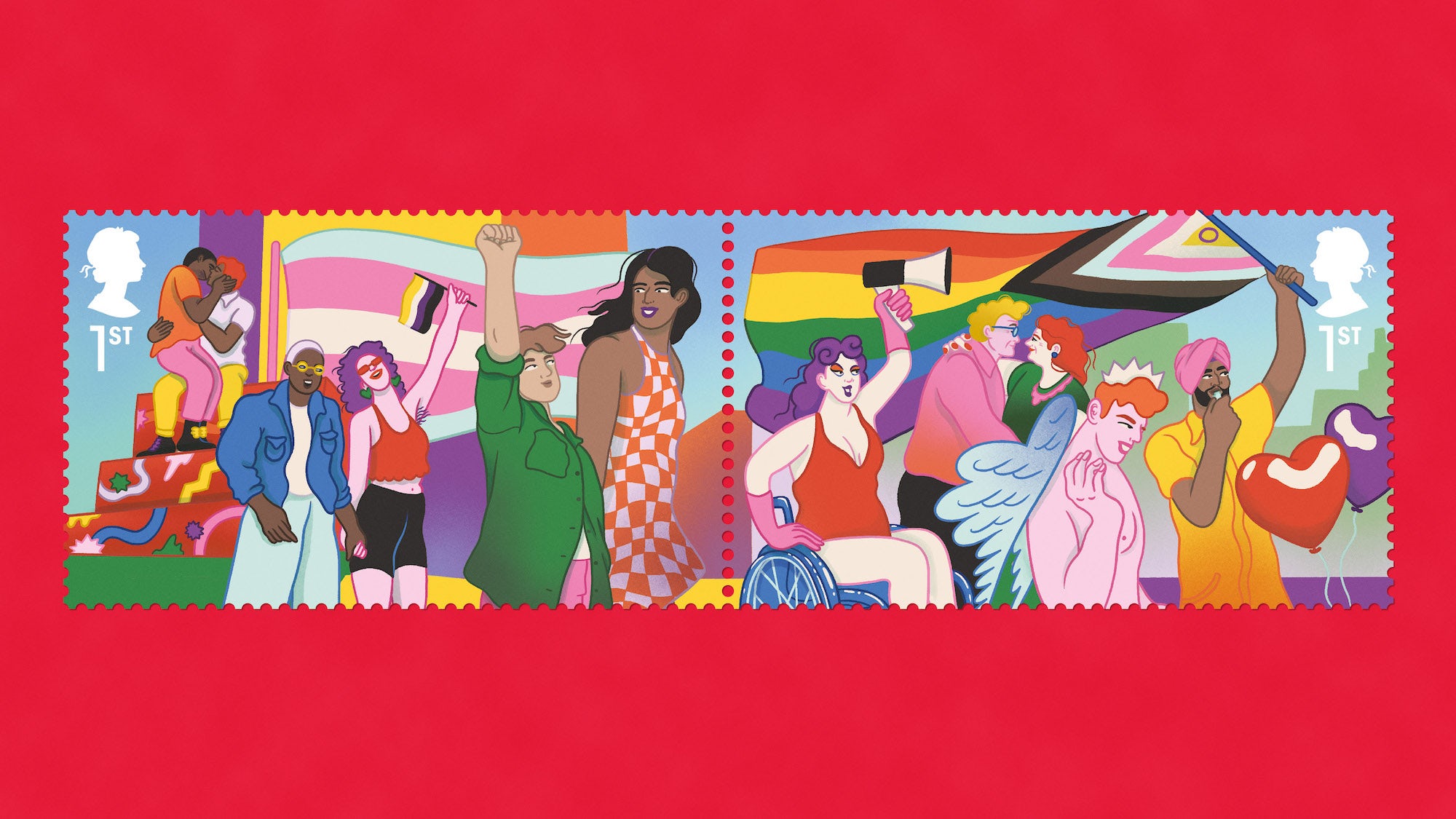 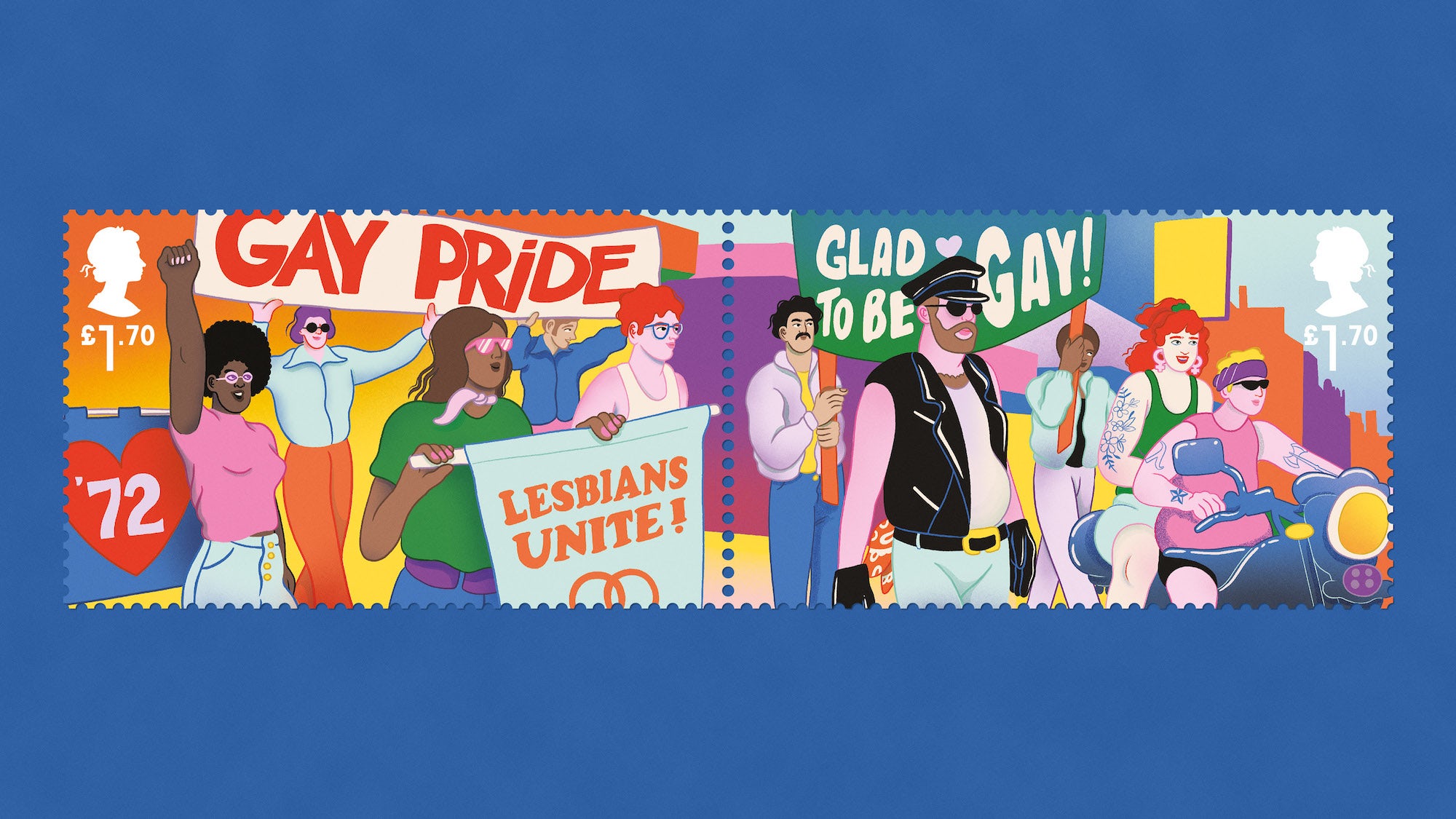 The stamps use a panoramic format to house Birkin’s illustrations, which look to reflect the idea of a timeline. Printed in vivid full bleed colour, they combine to create a tapestry-like aesthetic.

“Over the past 50 years the growth of Pride has been exponential, each year evolving into a bigger, better, more diverse and more inclusive version of its previous self,” says Alan Dye, creative director at and owner of NB Studio. “What we loved about Sofie’s work was her ability to portray a narrative through her lovely free-flowing style.” 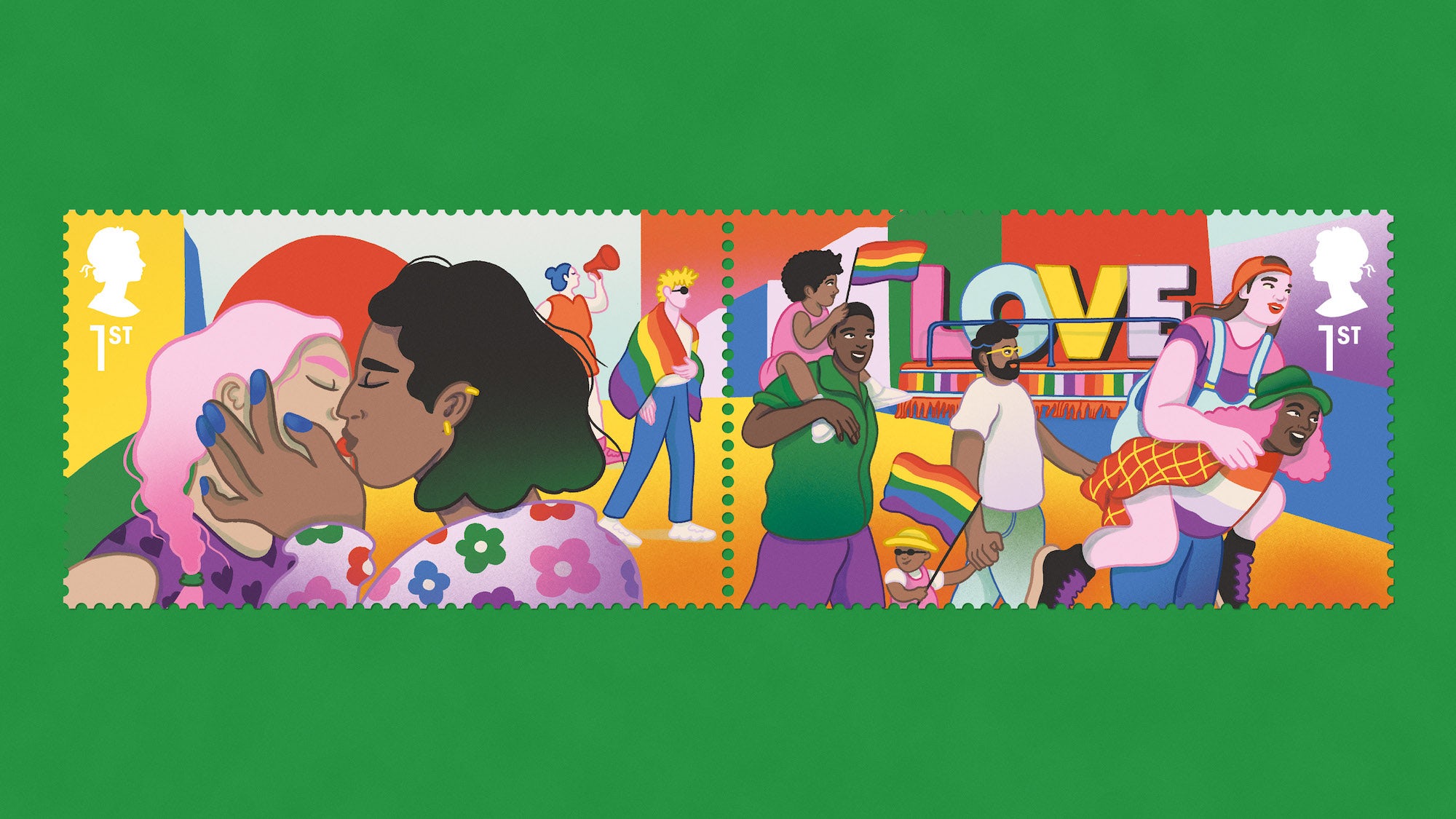 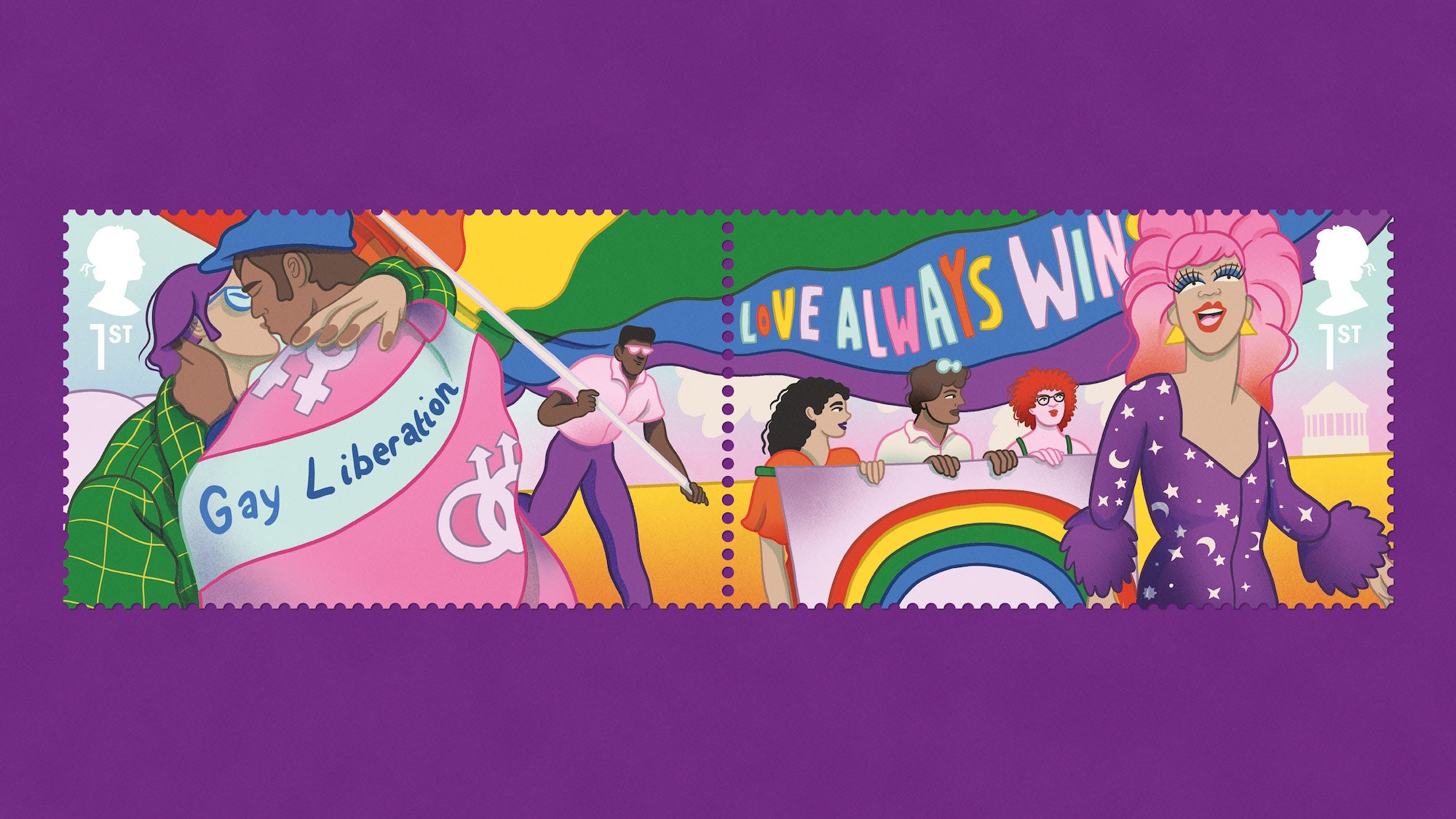 To ensure that the individual elements in the stamps’ illustration were “respectful to all identities featured,” the designers engaged Pride organisations around the UK, which consulted on everything from flags to tattoos,  clothing and handkerchiefs.

The images lean heavily on the rainbow icon, which is also a key aspect of NB Studio’s designs. Among the characters depicted are a drag queen, a leather-clad man in front of a slogan reading ‘glad to be gay’, two men kissing draped in a Gay Liberation flag, and some 1970s women bearing a Lesbians Unite! placard. The redesigned rainbow flag and a flag bearing the trans colours also make an appearance.

Animade worked with NB Studio writer Dan Radley, sound engineers Box of Toys Audio and voice actor Layton Williams to created the animated film, entitled A March Through Time. The short depicts the LGBTQ+ community’s journey through the history of Pride, building on the characters created by Birkin for the stamps and weaving a story through complex hand-drawn, frame-by-frame animation.

A March Through Time is shown on the Royal Mail website, where the Pride Special Stamp series is available to pre-order.