In what she describes as her ‘Neko World’, illustrator Neko Jiang uses her imagination to create vibrant scenes and populate them with an array of colourful characters.

Originally from Chengdu in China, the seeds of Jiang’s illustration career were planted at a young age. “When I was a child, my parents were busy with their work and I only had some comic books and cartoon discs to accompany me,” she tells CR. 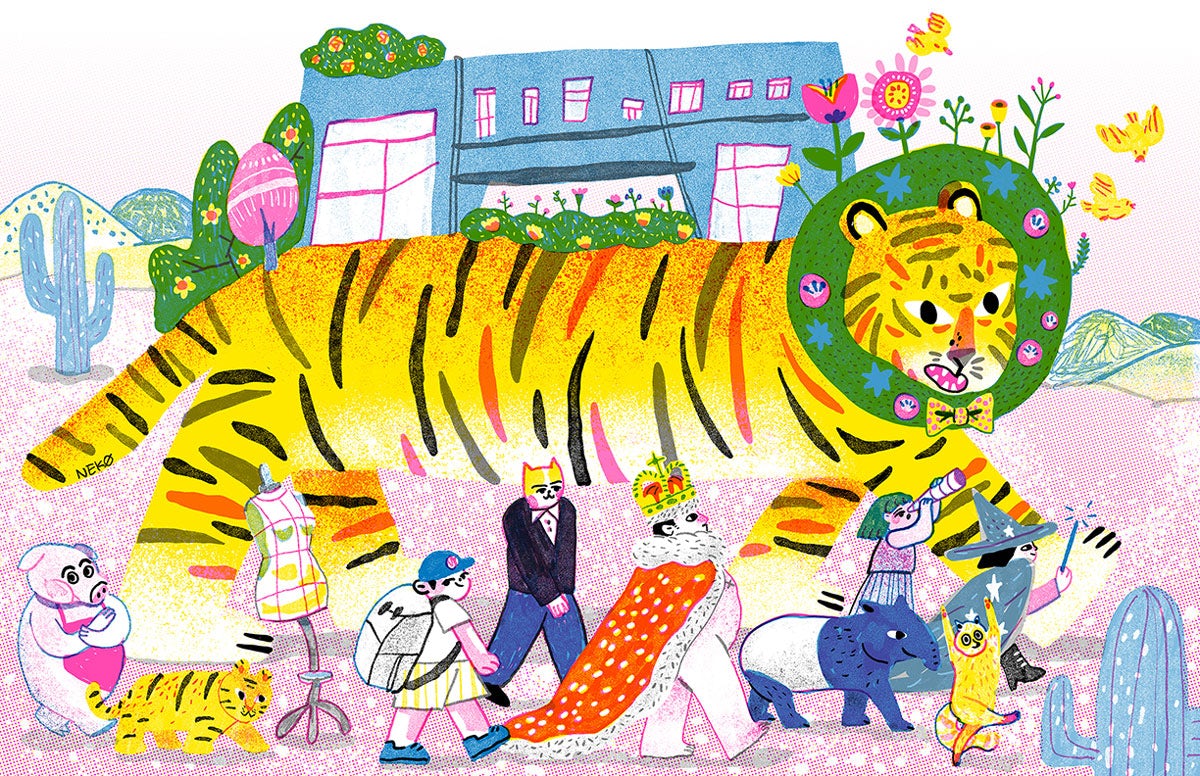 “When I was in primary school, I always drew cartoon characters based on my classmates during class. After that, I started drawing them into four-panel comics. At the same time, I gave these characters personalities and used them in fiction written by myself. I also illustrated for my fiction, which were probably my earliest illustrations.”

Jiang moved to Shanghai for university, and originally majored in animation before finding herself drawn towards illustration as a form of storytelling. “I began to pay attention to the illustrations around me, and was deeply fascinated by goods that came with nicely illustrated packaging,” she says. 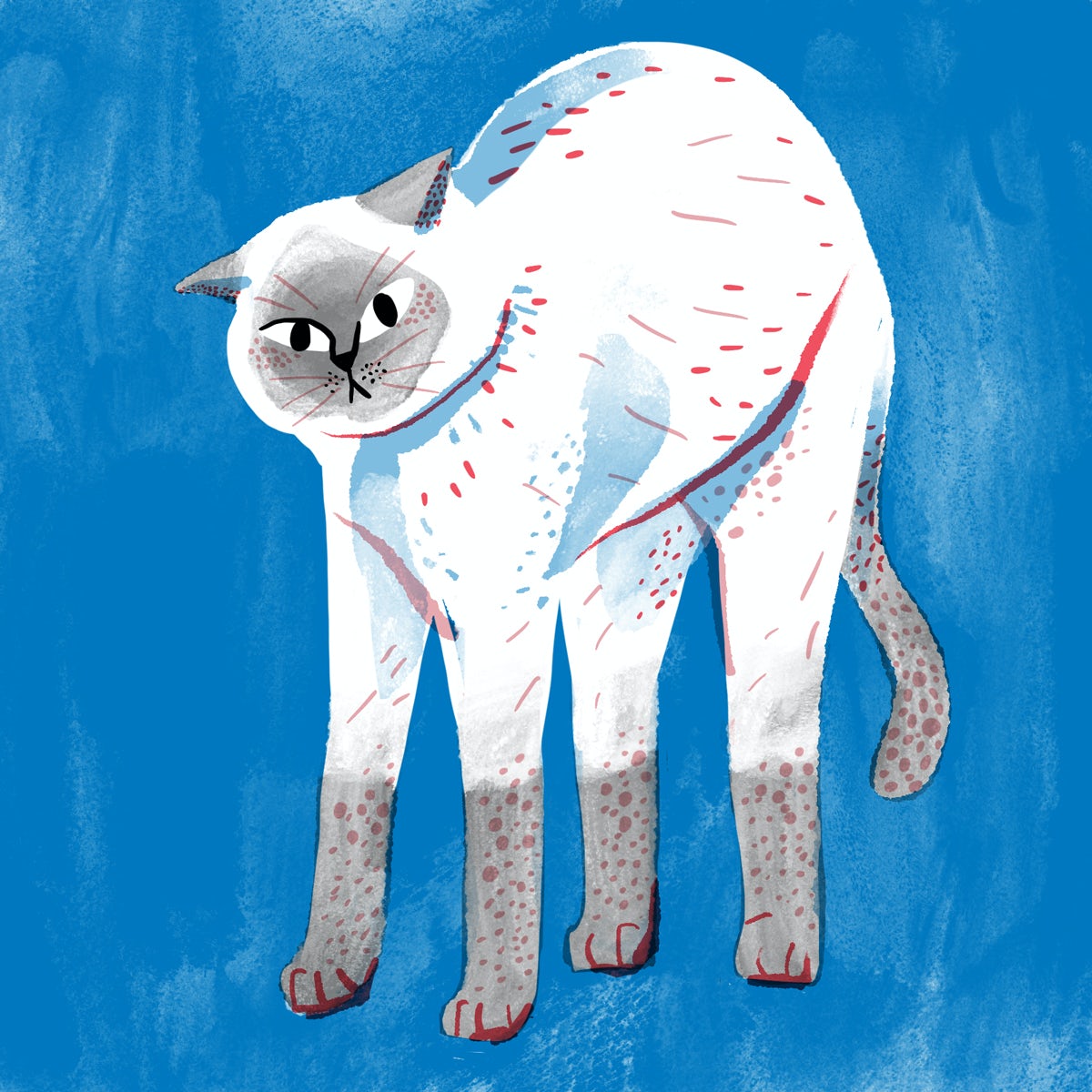 “Gradually, I wanted to be an illustrator who could draw eye-catching artworks, who could bravely express themselves, who could be seen by the public, who could evoke the viewer’s emotion.”

In order to hone her illustration skills, Jiang moved to New York City to do a masters at the Fashion Institute of Technology. The experience of trading continents and cities had a huge impact on her unique aesthetic. 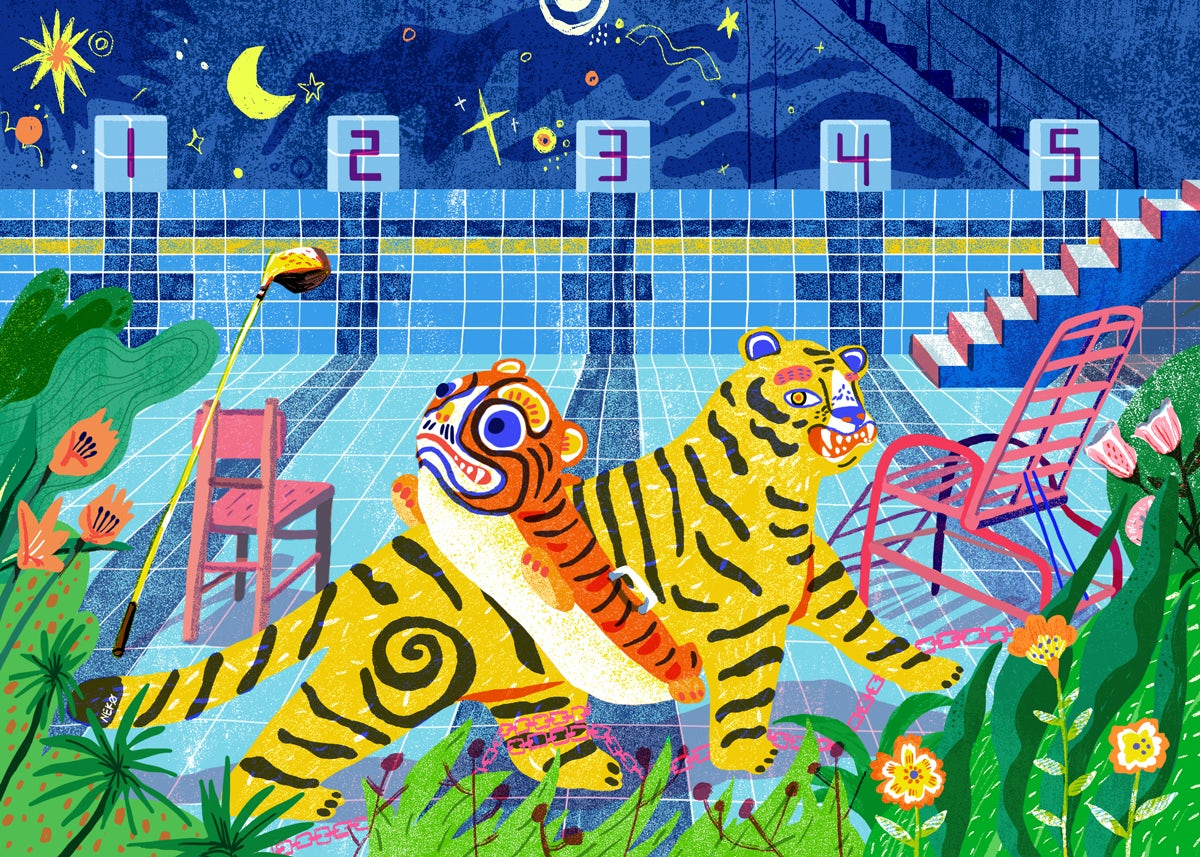 “After coming to New York, I felt my work has become brighter and more energetic than before, just like New York City. I want my illustrations to have the energy to inspire people, bring them joy and love,” she says.

Today, Jiang’s style revolves around vibrant scenes and vivid characters, and typically comes with a strong message. “I feel it keeps evolving, my style started out as a visual and colour scheme, but now I would like to focus on the metaphor of a story. I hope viewers see the stories hidden in my illustrations,” she says. 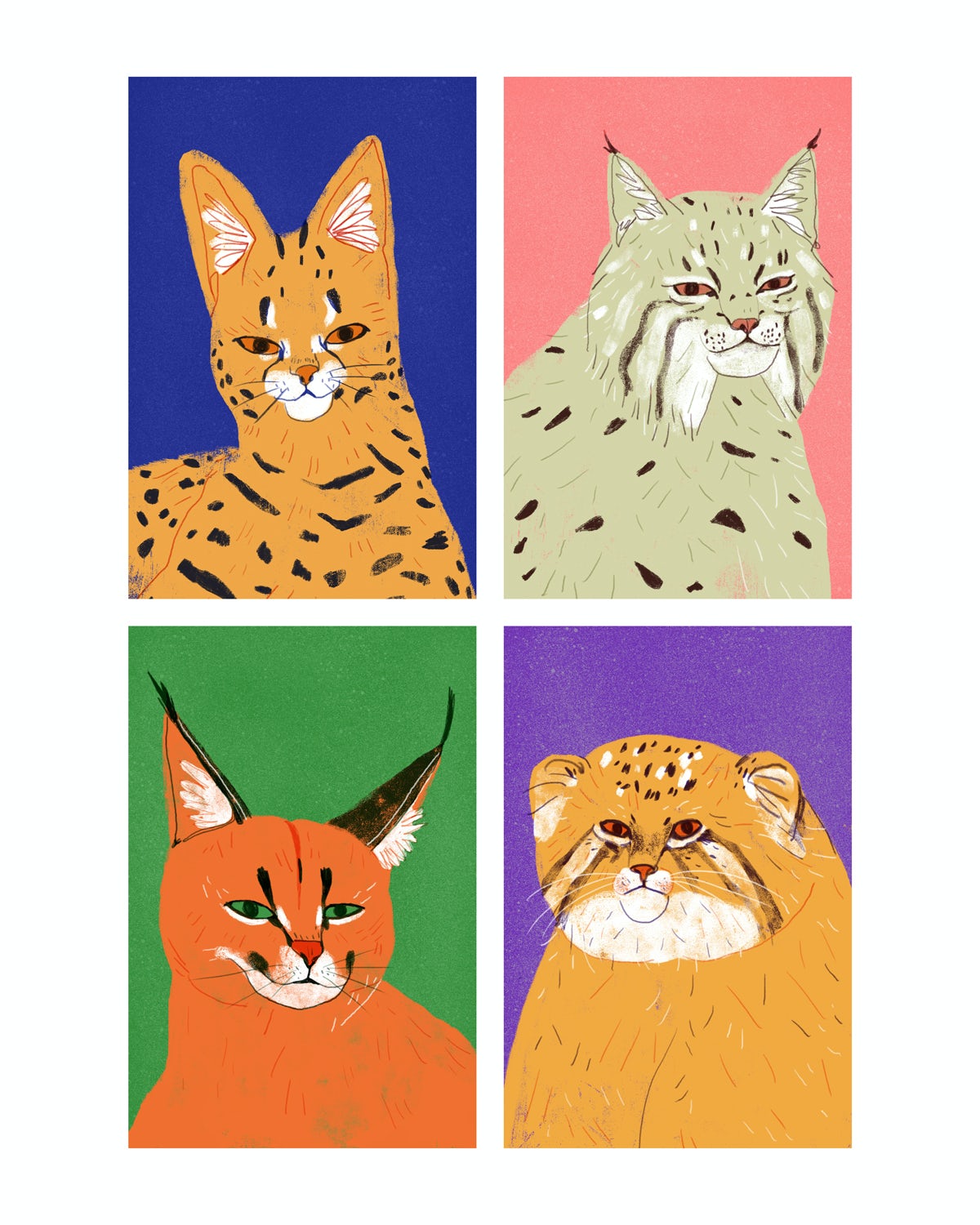 One of the illustrator’s most challenging and personal projects to date is her graphic novel Allergen, which was inspired by a particularly nasty breakup and an allergic reaction that happened around the same time.

“My ex cheated on me for a whole year. After ending the relationship, I suddenly started getting a really bad allergic reaction called urticaria, where hives appeared on my lips, my tongue, my throat and my joints, which were swollen and itchy,” she explains. 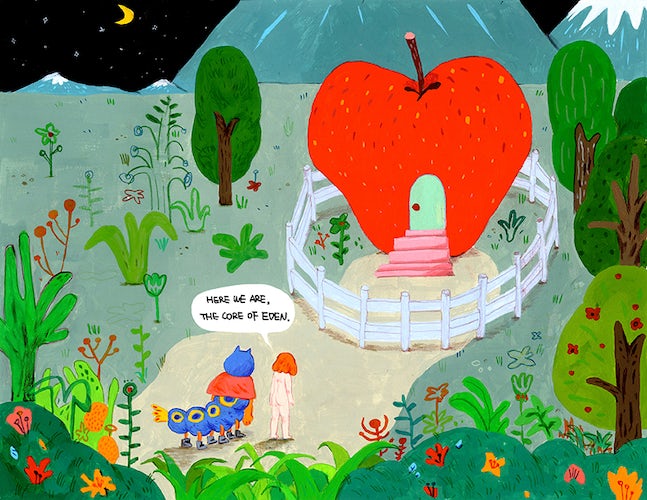 “I suffered mental and physical pain, and I chose to turn that pain into inspiration for this project. The creation of this whole process has helped in my own self-healing.”

Allergen is filled with hidden easter eggs and rich metaphors; Eden stands for the mental world and residents take on the role of the subconscious. While it is a story of pain, it also offers a hopeful message that once you find the source of suffering you can overcome it. 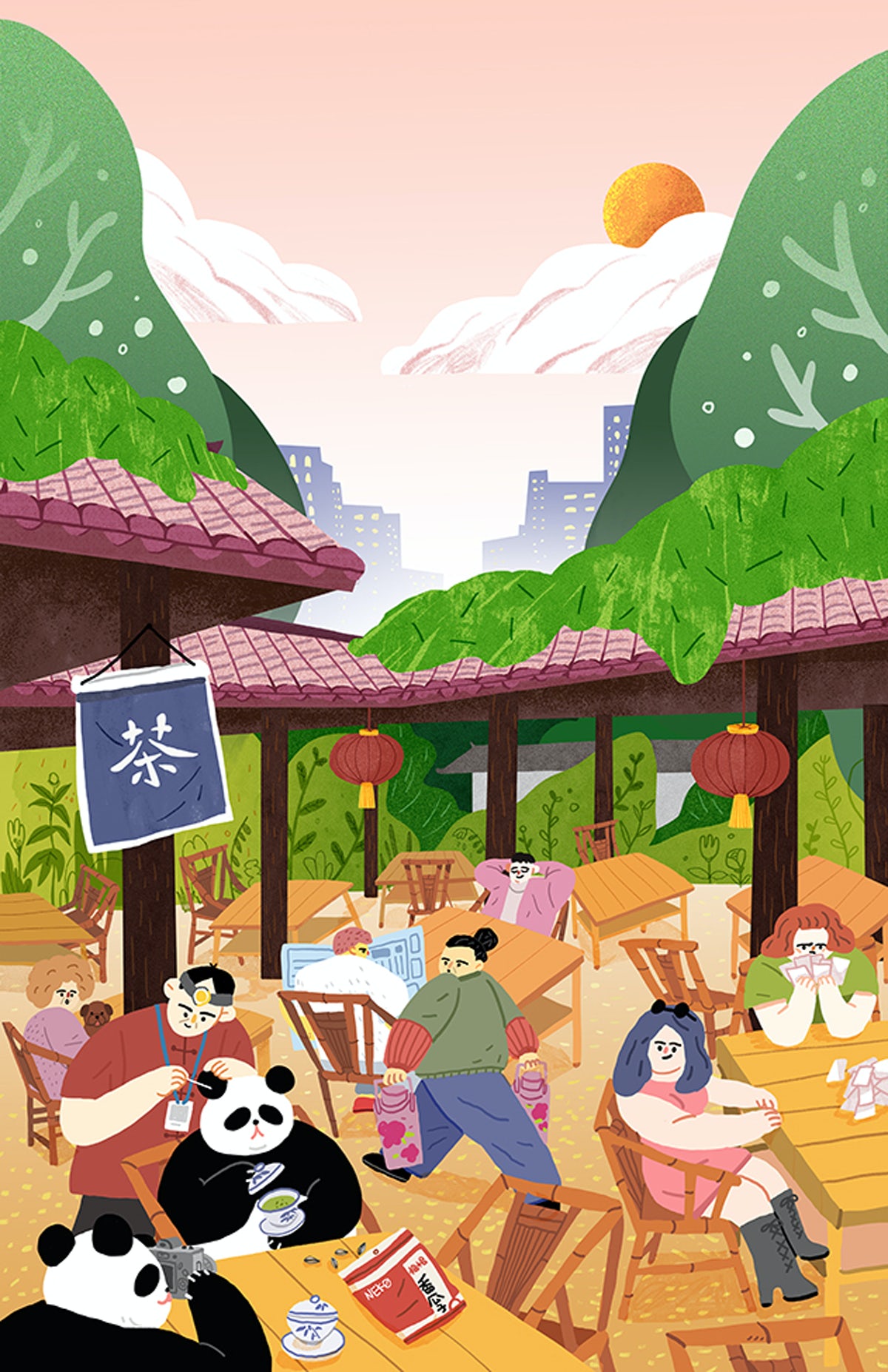 Looking ahead, Jiang would like to start being commissioned for more editorial and advertising work. Above all though, she wants her illustrations to spread a bit of joy to as many people as possible.

“I will continue to turn my experiences into inspiration, telling stories, and creating zines or picture books,” she says. “It would be my greatest honour if someone could resonate with and be enlightened by the stories I create.”