For the third and final season of Narcos: Mexico, Rhubarb were asked by the client to create an epic promotional artwork that included the many characters in the series and, in keeping with the tradition of past seasons of Narcos: Mexico, be created by a fine artist.

The resulting campaign aims to show the complexity and depth of the Narcos: Mexico storyline by recalling the wild ecstasy and hedonistic lust of Hieronymus Bosch’s famed triptych, The Garden of Earthly Delights.

The agency commissioned Gustavo Rimada, a Mexican-born artist who is known for his detailed and colourful paintings, to create a three-panel artwork that would include pivotal moments, places, and characters from the final season. Modelled after Bosch’s masterpiece, it is made up of three parts: Paraíso (Paradise), Jardín (Garden), and Infierno (Hell).

The artwork was on display in Times Square, New York City, for three consecutive weeks and was also promoted using social channels, as well as Netflix’s own service and apps. 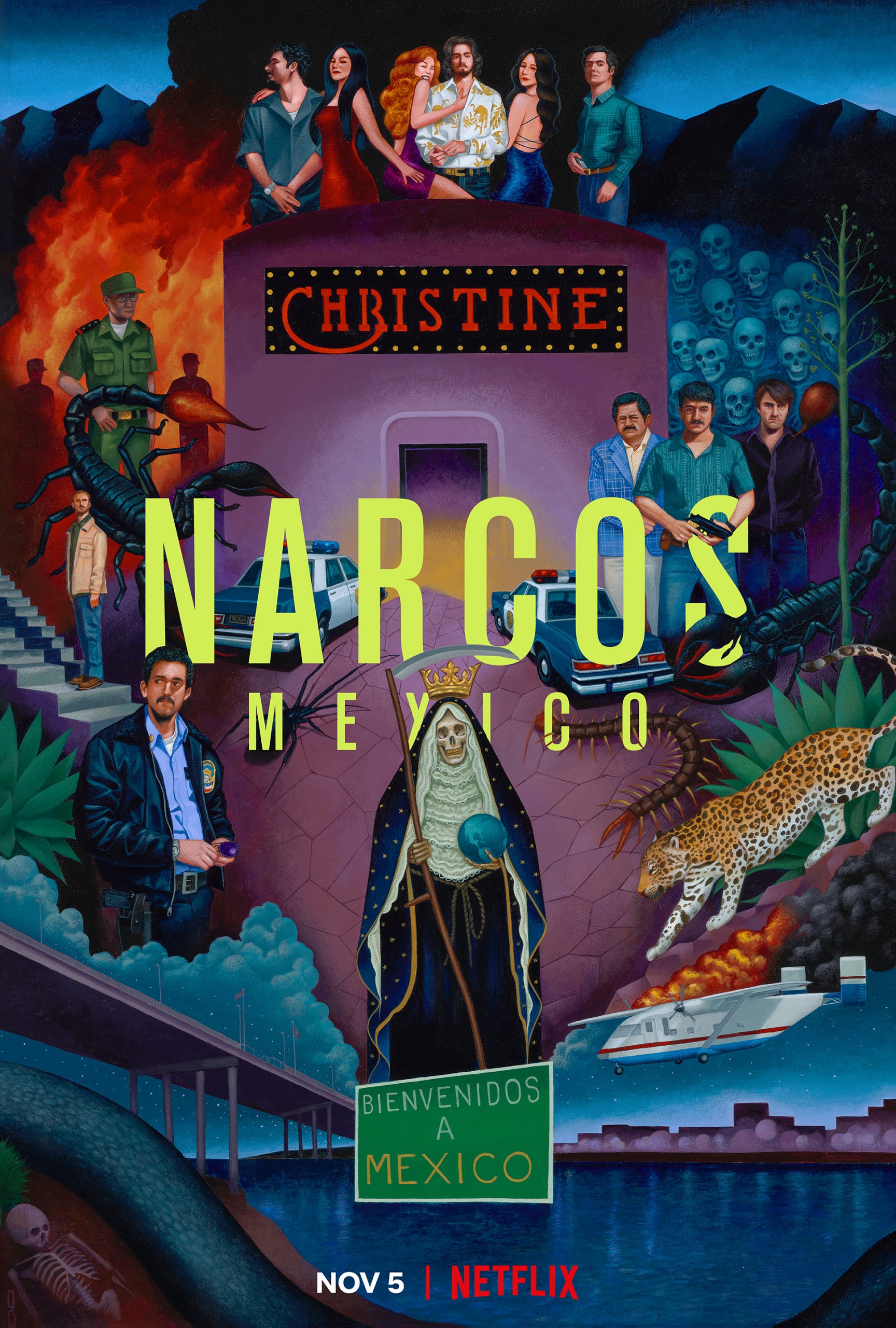