The slightly awkward-sounding slogan ‘Never Knowingly Undersold’ differs from many on our list for being a promise made to customers rather than an exhortation for how they should behave. Instead of commanding us to ‘Just Do It’ or ‘Think Different’, it simply communicates John Lewis’ approach to pricing. “‘Never Knowingly Undersold’ today is our promise to customers on quality, price and on service,” says David Suddock, the store’s current head of buying support.

This pricing policy was formulated by John Spedan Lewis, the founder of the John Lewis Partnership, and had its origins with his father (also John Lewis) who introduced it at the very first shop, which opened on London’s Oxford Street in 1864.

Whilst the idea of beating all other shops on price has been an internal mantra within the company since its inception, it was first publicly expressed in the Peter Jones shop on Sloane Square in London in 1925 (before rolling out to the other shops in 1926) as a promise of the best value to customers: “If you can buy more cheaply elsewhere anything you have just bought from us, we will refund the difference.”

By the 1950s, the phrase ‘We are never knowingly undersold’ started to appear on gift tokens and on other external communications including carrier bags and in shop windows, and in the 1980s, ‘Never Knowingly Undersold’ was used on vehicle liveries and till receipts. A letter from the company’s chief information officer in 1982 articulated the continuing role of the phrase: “Although it acts as a reminder to our customers of our pricing policy, its main purpose is as a discipline upon our central buyers to ensure that in arriving at their selling prices, the best possible value is offered to our customers.” 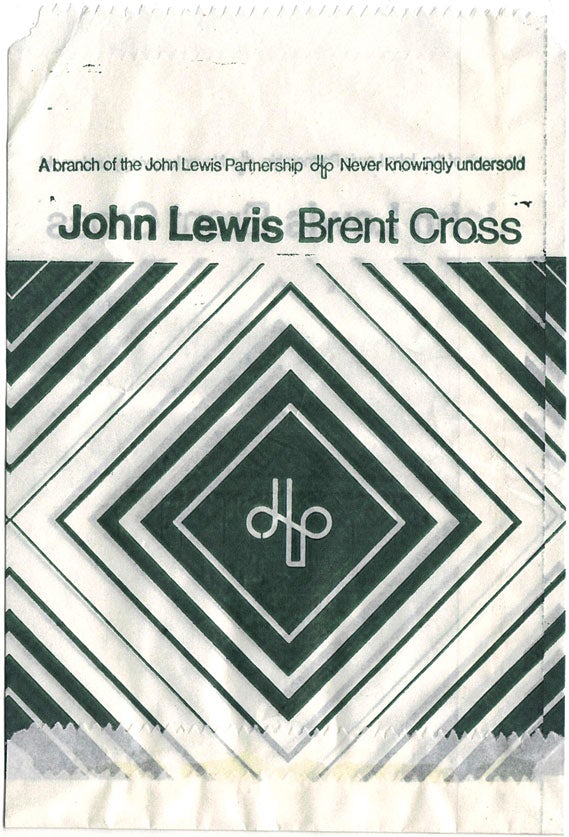 Of course, it’s far easier for customers today to compare the chain’s prices and so making good on John Lewis’s famous promise is ever-more complex. “We have always matched prices on a like-for-like basis including comparable terms and conditions,” maintains Suddock. “In September 2010 we deepened our price-match promise to our customers by extending it to including online competitors who also have a high street presence.”

Despite the hard work (and considerable cost) entailed in policing its price promise, John Lewis is sticking to its famous phrase, with the slogan appearing on its popular Christmas TV ads and featuring prominently throughout its branches and on its website. “We believe ‘Never Knowingly Undersold’ is as important today as it was when we introduced it over 85 years ago,” the company maintains. “After all, value is something that should last a lifetime.”