Created for International Women’s Day, but relevant every day, Imagine is a poster campaign which asks us to think about the gender biases we have with regards to jobs.

We might think that we have moved beyond the stereotypes associated with certain careers – for example, that a CEO would be a man, and a nurse a woman – but research conducted by CPB, the ad agency behind the Imagine campaign, shows otherwise.

The study, of 1,000 parents of primary school age children and 1,000 UK based children aged 5-11, showed that bias is embedded at a young age. It revealed that 45% of the children polled believe that nurses are always women, while 22% said a doctor was likely to be a man. In addition, 60% of kids think that being a plumber or electrician is a man’s job – and almost half (46%) of the boys and girls surveyed said that men always make better engineers. 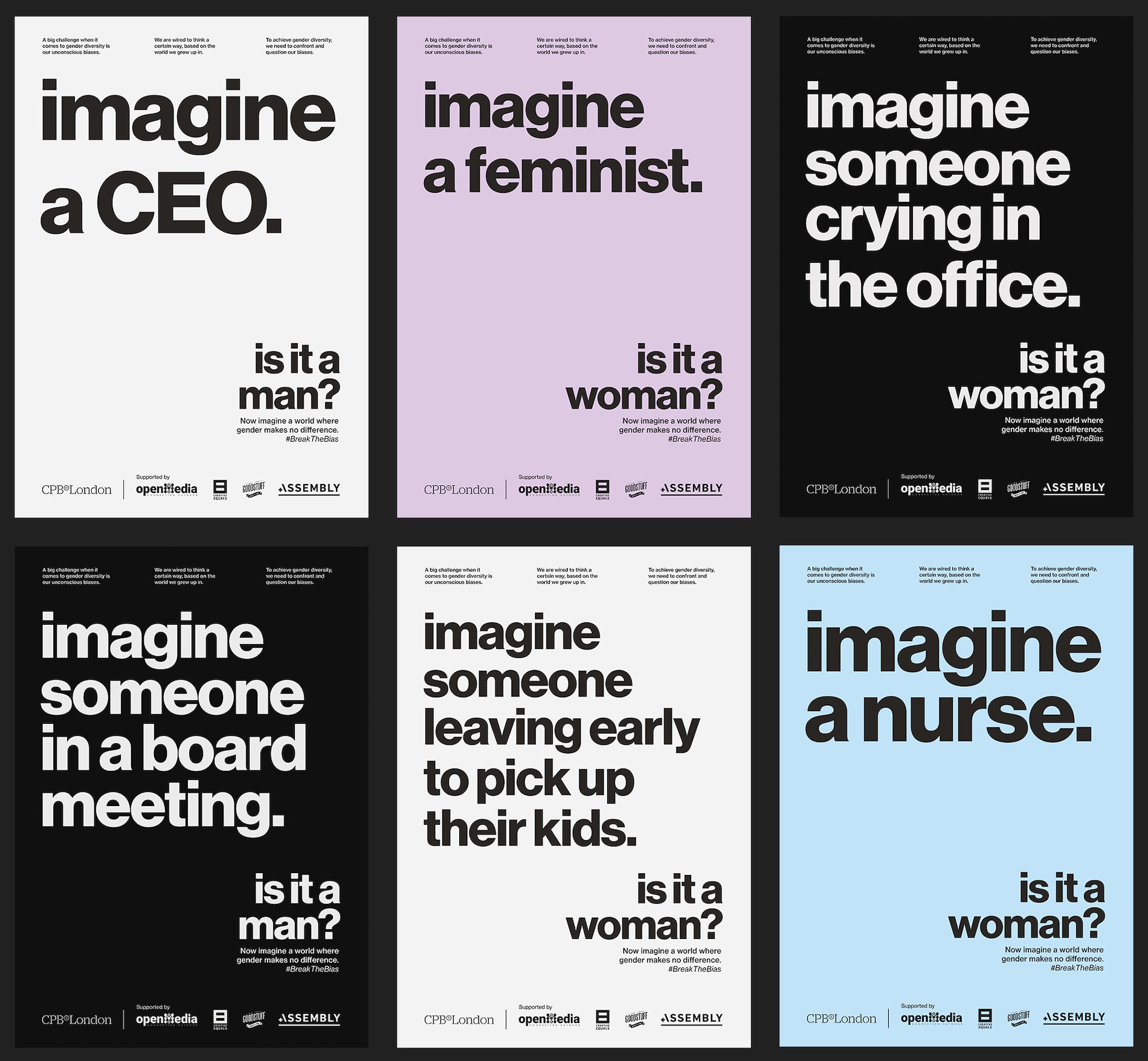 Yet, on a more positive note, the survey also found that the overwhelming majority of kids today agree that children should grow up to be whatever they want (94%), while 82% believe that boys and girls can be just as good at the same things if they try.

The Imagine poster campaign, which is supported by Creative Equals, Goodstuff, Assembly and Open Media, is running across the UK on social, OOH and in cinemas. It is accompanied by a colouring book, which can be bought from cpblondon.com (with monies raised going to Beyond Equality and Young Women’s Trust), which encourages parents to talk to their children about gender roles. 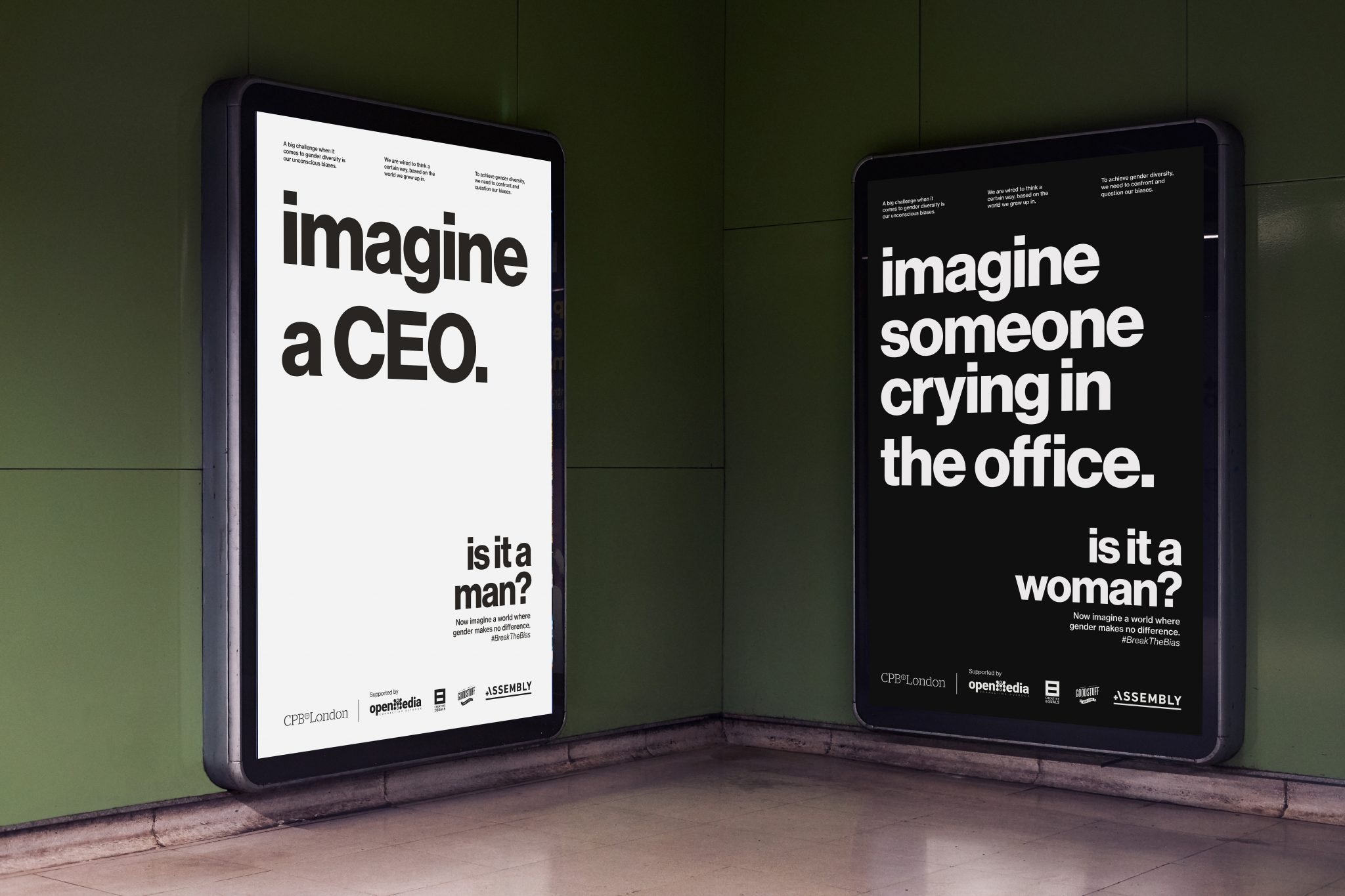 “For all the progress made, it’s shocking to see how deeply entrenched views can still be about women and men’s roles,” says Helen James, managing director of CPB London. “And when these are views held by our children – our future – that tells us we have so much work yet to do to create a world where your gender makes no difference to what you can achieve.

“The idea is that there are no right or wrong drawings – just insight into our assumptions about gender roles. We all have unconscious bias, and the only way to change that is to question, and to get people talking.”