How New Balance went from dad shoe to cool

“For a long time, if you went to Middle America, the only people you’d see wearing New Balance were middle-aged dads,” says Tom Henshaw. The lifestyle marketing director’s frank admission is even more potent when you consider that most of New Balance’s sportswear brand rivals – including the big two, Nike and adidas – have ­historically been puritanical about appealing to the youth demographic.

Fast-forward to 2022, however, and the typical New Balance wearer couldn’t look more different, with a roll call of famous faces including actor Timothée Chalamet, musician and businesswoman Rihanna, and supermodel Bella Hadid rivalling diehard dads in the Midwest. The brand’s surprisingly broad church appeal is by no means lost on the team behind it, who even paid homage to its OG dad shoe status in a 2019 campaign for its classic 990v5 trainers. In a nod to the editorial-style campaigns it became known for in the 80s, the print ads were emblazoned with a series of grabby taglines including: ‘Worn by ­supermodels in London and dads in Ohio.’

While Henshaw admits the revitalisation of New Balance’s dad-approved ­aesthetic is down to a lot of street-level adoption by consumers, he also believes the brand’s authenticity has played a big part in its renaissance. “That’s not necessarily all been engineered by us as a brand and as marketers, [but] I think being self-referential, not taking ourselves too seriously, and understanding the consumer [means] we know how we’re perceived,” he says.

Tracing New Balance’s journey to becoming one of the hottest brands of the moment goes all the way back to 1906, when it was founded in Boston as the New Balance Arch Company and made arch supports for walking shoes. The company moved into the growing sports shoe market in the 30s, but by the late 60s it had dwindled in size to just six employees. It was acquired in 1972 by entrepreneur Jim Davis who, along with his wife Anne, rebuilt it by tapping into the huge emerging interest in jogging. Still privately owned today, it is the only major sportswear company to still make products in the US, where around four million of its shoes are made or assembled.

Our history is as a running brand first and foremost, but we’ve become a kind of phenomenon in lifestyle and fashion as well, and increasingly the lines are blurring between the two

“New Balance has traditionally been a product-driven company. We would put product on a pedestal; we were known in the industry and among consumers for having very high-quality products,” says Henshaw, who joined the company in 2014 and was previously marketing director for EMEA. “But recently, certainly in the last few years, we’ve become more of a brand-first organisation. And I guess that comes from being completely focused on the con­sumer and building a strong brand.” This shift in approach is down to a new generation of ­decision-makers steering the business, among them chief marketing officer (and son of Jim and Anne) Chris Davis.

While even ten years ago, individual teams such as product and marketing were very siloed, Henshaw explains, today there is much more cross-collaboration of people right across the company working on ­projects together – and it seems to be paying off. “Our whole history is as a running brand first and foremost, but we’ve become a kind of phenomenon in lifestyle and fashion as well, and increasingly the lines are blurring between the two, because we’re trying to behave like one brand,” he adds.

Apart from a couple of global agencies that work with New Balance on brand strategy, the marketing team keeps its creative roster pretty tight, preferring to work with smaller, boutique agencies. Some of Henshaw’s most recent collaborators include Liverpool-based agency OKQ, Californian studio Carousel, and New York-based, ­women-owned shop The Con.cept. “I think increasingly, we’re becoming confident in who we are … so we’re not looking for creatives to reinvent New Balance, but we are looking at how we’re talking about New ­Balance through a different lens.”

When it comes to differentiating itself in the highly competitive sportswear world, the brand has been placing renewed emphasis on its tagline: ‘Fiercely independent since 1906.’ “We can do things without having to answer to shareholders, so it allows us to be more nimble and take risks, and that kind of approach is paying off. We’re definitely not the same kind of corporate machine or corporate culture you’d expect from the biggest players in the sportswear industry,” says Henshaw.

Treading the fine line between being a brand with heritage versus a heritage brand is also serving it well, whether through championing classic models such as its best-selling 574 trainer, or the cult status of its Made in USA and Made in UK ranges.

The special relationship between the Boston brand and its UK outpost is being marked this year as it celebrates the 40th anniversary of manufacturing in Cumbria in the north of England. Set against the sound of the Flimby Male Voice Choir, the campaign film by McFaul & Day celebrates the rich heritage of domestic manufacturing in the area, featuring long-serving factory associates, as well as extended friends and family. 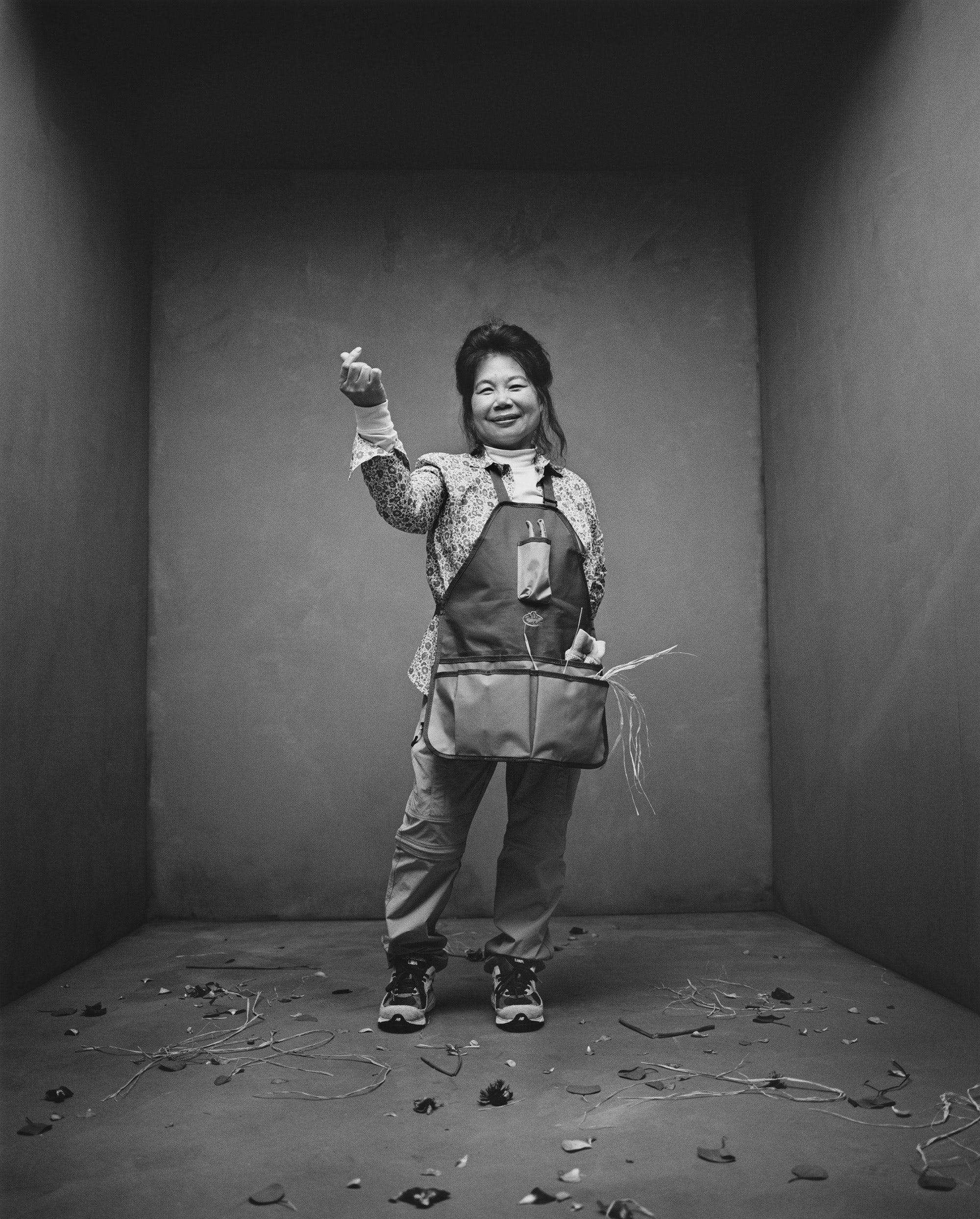 At the same time, the brand hasn’t been afraid of bringing new models to market that feel like instant classics. Launched in 2020 and inspired by a 1970s running shoe, the 327 has been widely adopted by ­younger consumers, although the idea is that it wouldn’t look amiss on their parents’ feet either. “I think that’s the key thing – we’re not trying to say, ‘This is this classic product for this consumer over here’ and ‘This is this new, modern product for this younger consumer over here’. We talk about one consumer, and they may have different needs, or different points in their lifestyle that will require different interactions with New Balance, but essentially it’s one consumer,” says Henshaw.

In keeping with this strategy, the brand also takes an eclectic approach when it comes to the all-important art of brand collaborations. Last year, during Paris Fashion Week, French-Moroccan fashion house Casablanca sent an abundance of opulent prints down the runway, each look tied together by bright orange and green 374s. And earlier this year, New Balance’s normcore 2002Rs were given a distinctly Ganni spin, when the Scandi brand injected fluoros into the inner and selected an upbeat shade of green for the soles. Of all its collaborations, though, the ongoing relationship with cult New York sportswear brand Aimé Leon Dore has been the biggest success story, so much so that the company’s founder, Teddy Santis, is now creative director for New Balance’s entire Made in USA range.

“There’s nothing cynical about our collaborations,” says Henshaw. “It’s never to hit a sales figure or anything. We keep the numbers very tightly controlled, because we certainly don’t want to oversaturate the market. It’s all about people we feel have got something relevant to say and can put a very unique perspective on what we’re doing as a brand.”

New Balance’s thoughtful approach to who it partners with – with one eye on the past and the other firmly fixed on the ­future – ultimately feels in keeping with the brand’s success as a whole. “We’re spending more time building long-term strategic relationships, rather than just one-off collaborations for a short burst of energy,” says Henshaw. “They’re all very authentic relationships, and authenticity is at the heart of all the stories we’re telling.”