It’s no surprise that Black Mirror has become the cult TV show of the social media generation. Created by Charlie Brooker and Annabel Jones, the show began life in 2011 as a sci-fi commentary on the darker side of humanity’s relationship with technology.

Now filming its fifth series, each episode of the show is set in a high-tech near-future with a different storyline and characters, but the one thing that they all have in common is their consistently creepy ability to tap into some of modern society’s greatest fears. 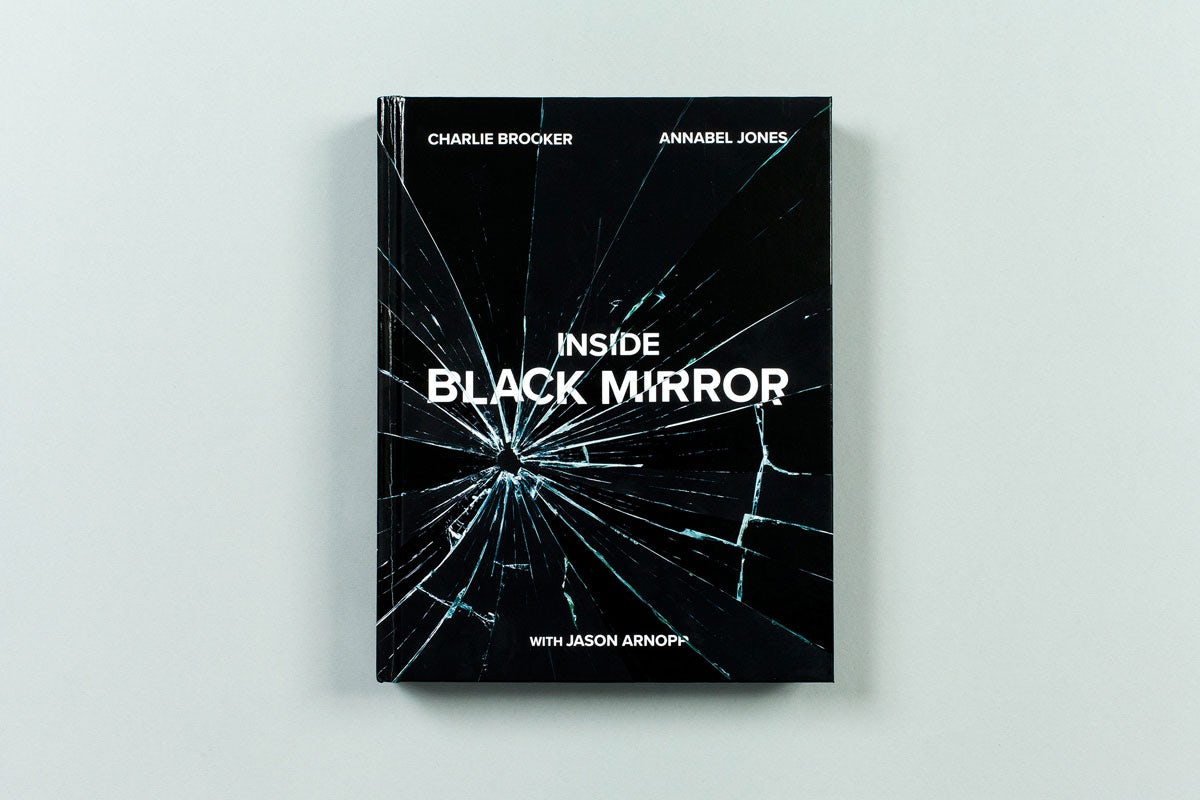 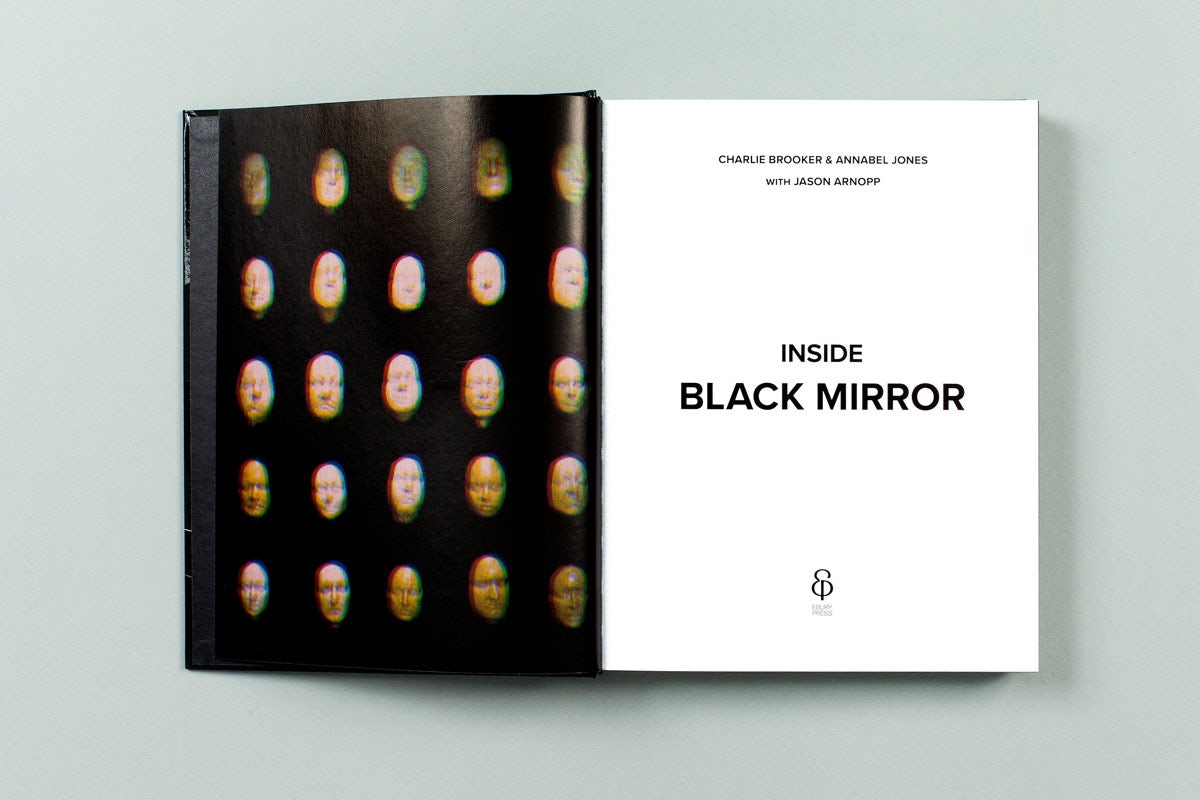 Previous episodes have covered everything from the Prime Minister being forced to have sex with a pig to save a member of the Royal Family (which reemerged during former PM David Cameron’s unfortunate #piggate scandal) to a world where people are constantly rating each other out of five on social media.

A new book by writer Jason Arnopp is taking a look behind the scenes of Black Mirror, featuring interviews with Brooker and Jones along with other directors, actors, production designers, costume designers and composers involved in the show. 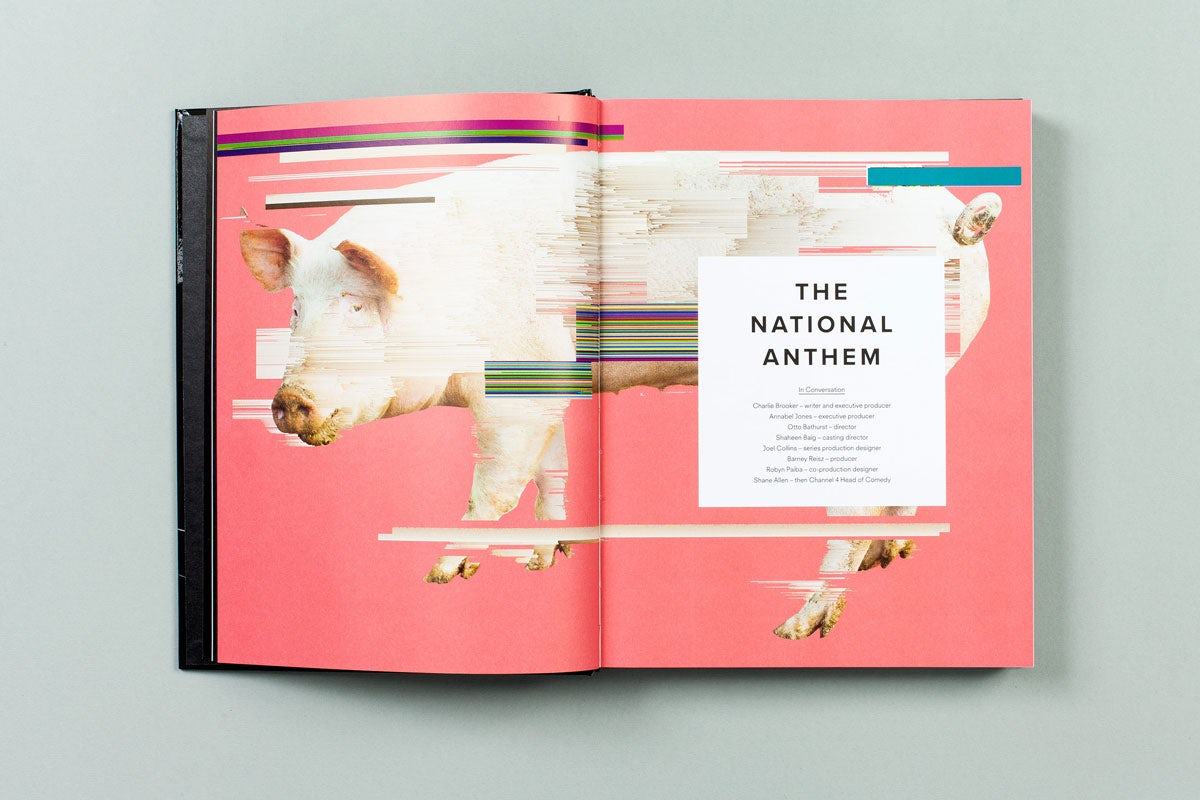 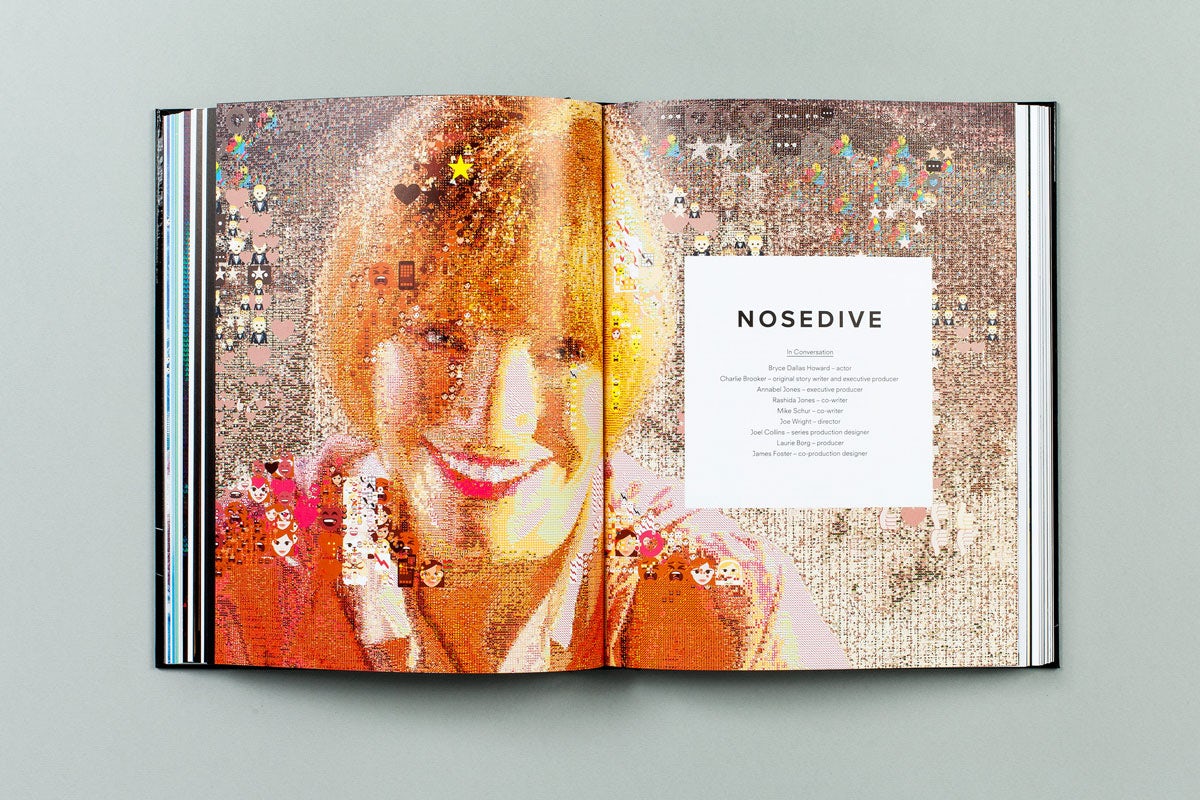 Designer Zoe Bather and London-based studio Applied Works have worked on the design of the book, creating a series of tech-gone-wrong inspired visuals for the chapter openers, each of which covers a different episode in the series.

The design team started by taking some of the main themes from the show and experimenting with how they could use code to manipulate individual images. “We resolved four filters fairly quickly that either re-generated or de-generated the image in some way,” says Applied Works founder and Creative Director, Joe Sharpe. 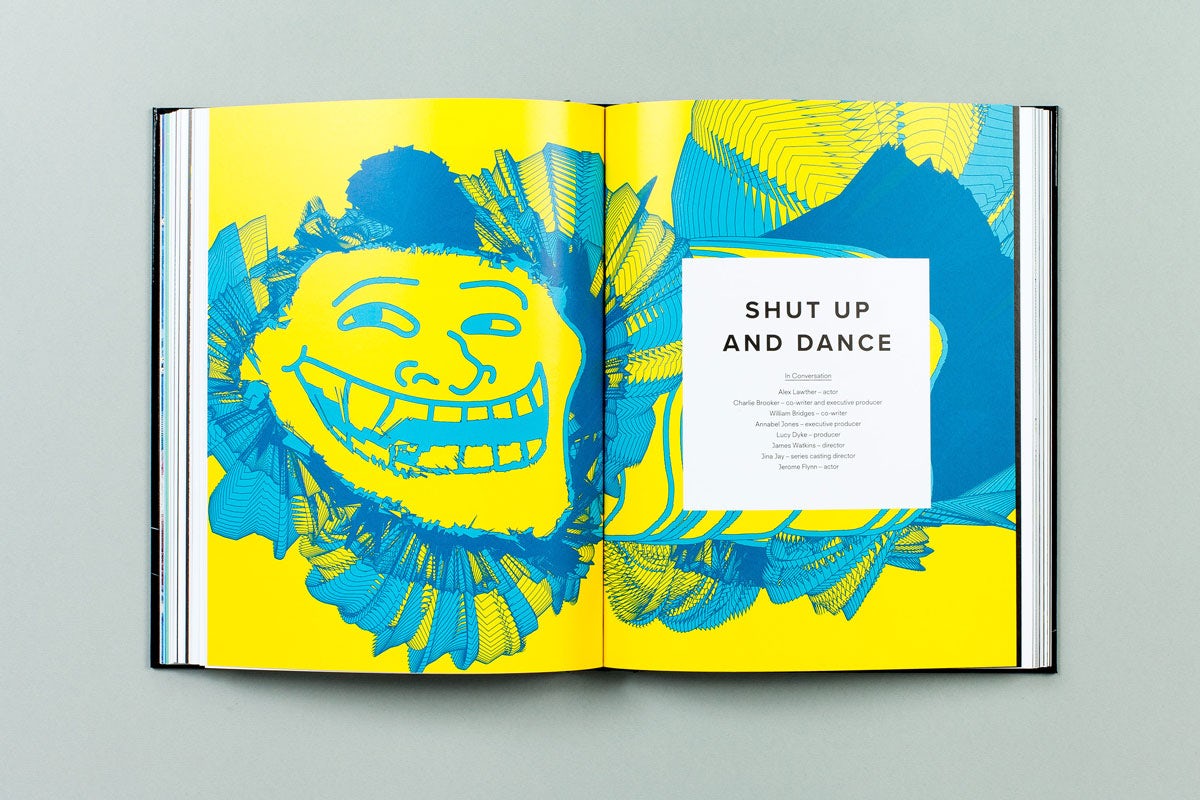 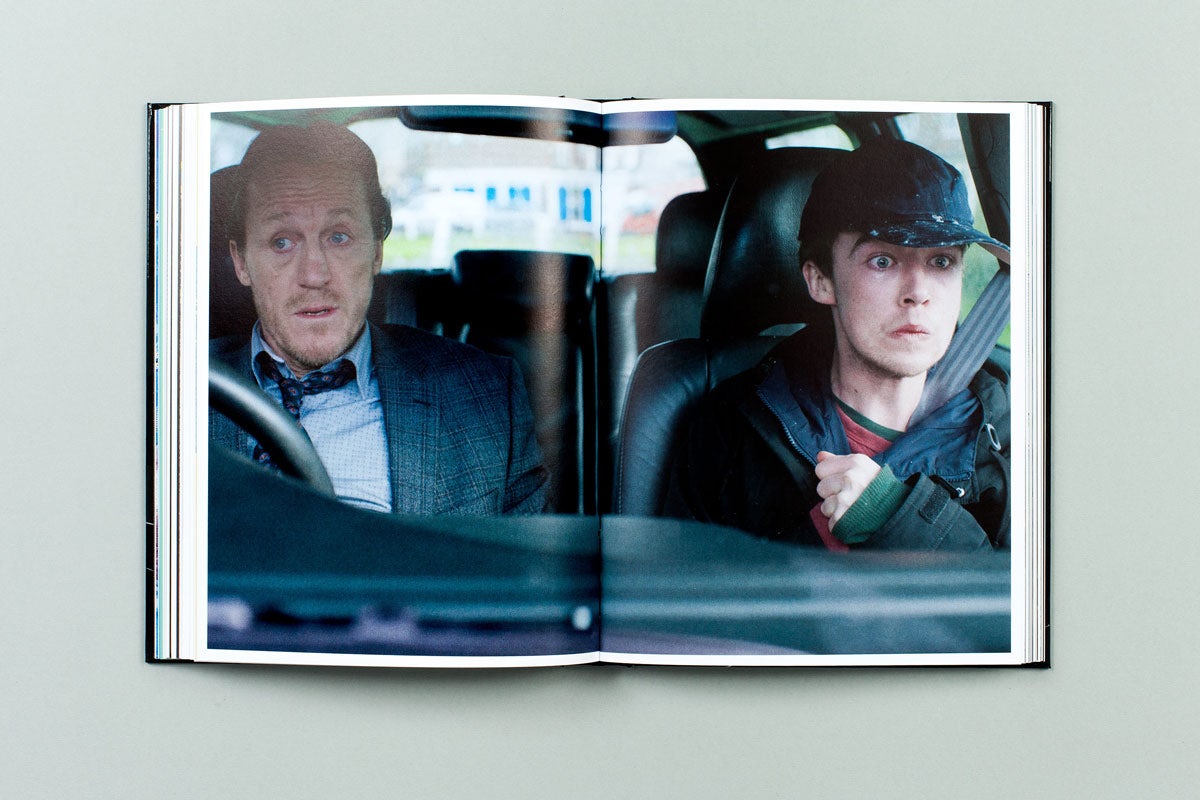 The filters include a tapestry of overlaid emoji icons, a vector filter using existing graphics from the show and multiplying them across a double page spread, a glitchy filter that breaks an image down into different coloured, distorted strips, and another one that splits each image into its individual RGB colour components.

Each of the filters works by feeding the selected image through a web-based interface, which allowed the team manipulate different elements. “While we were able to steer each chapter opener towards an outcome we were pleased with visually by playing with these parameters and changing the base image, it was nonetheless quite hard to control and would produce imperfect results,” says Sharpe. 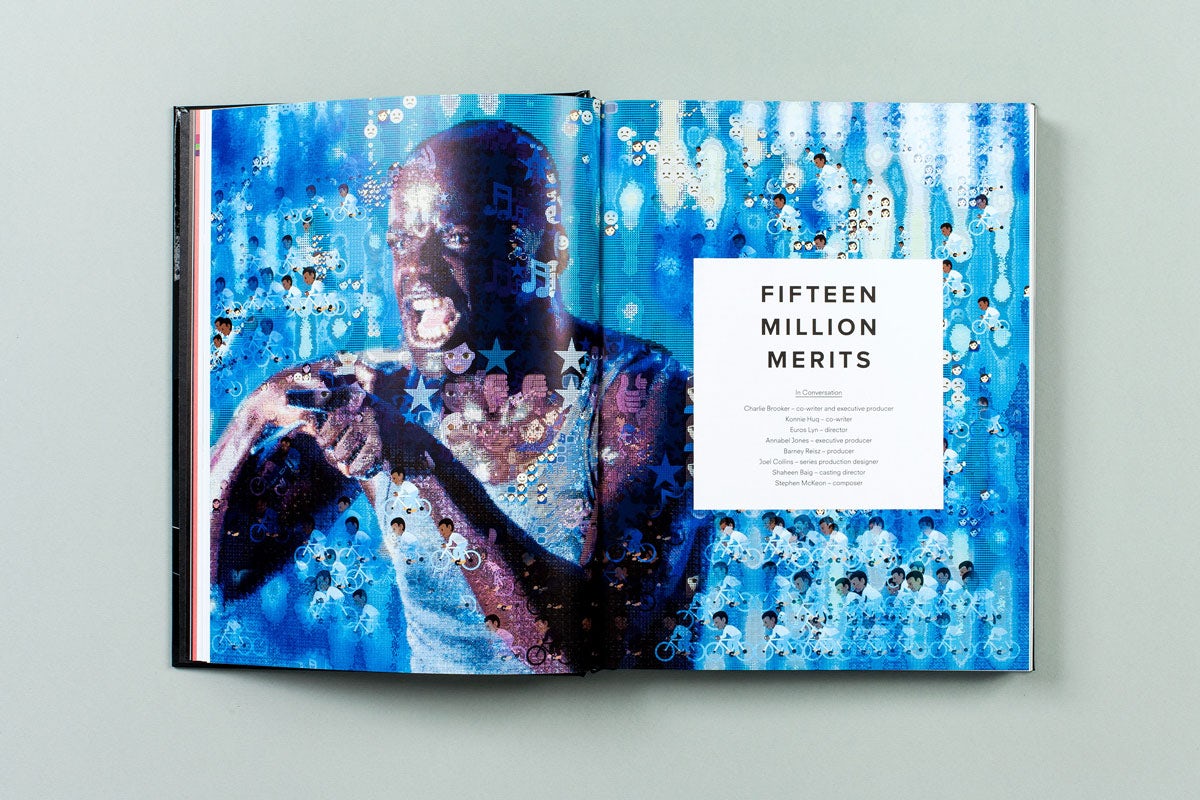 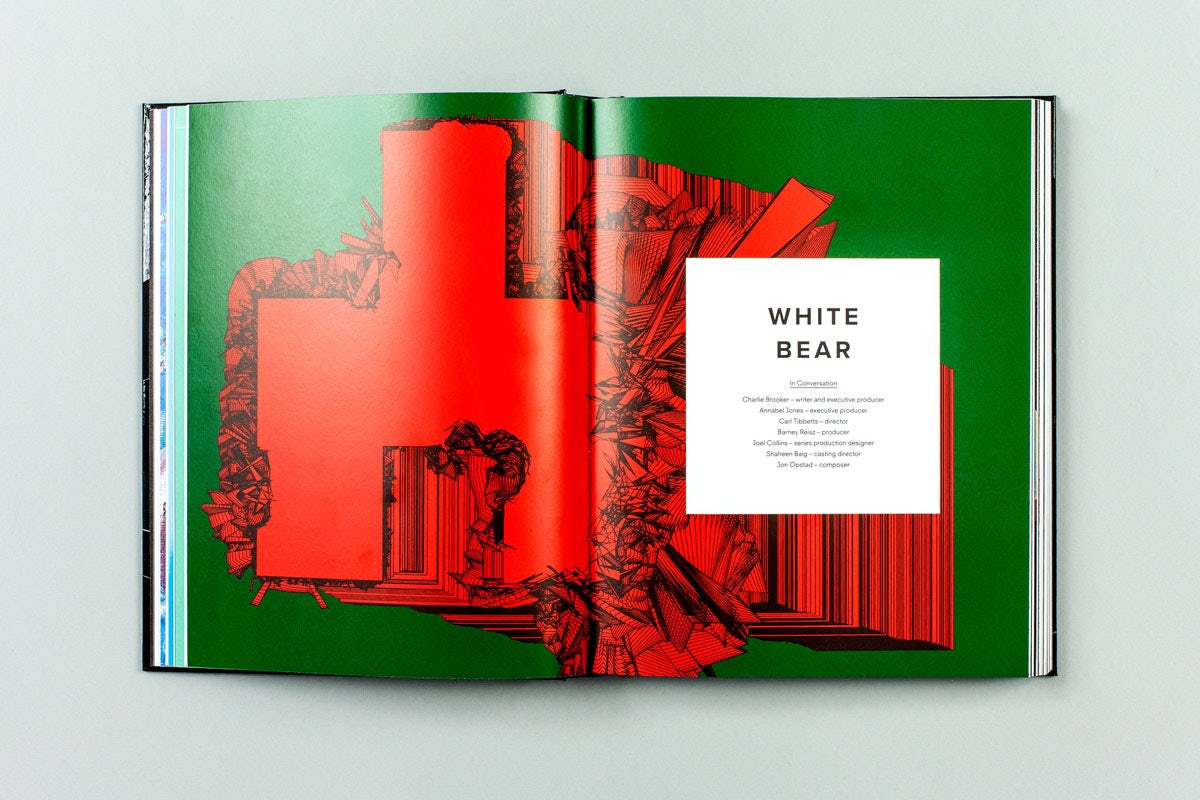 “Evolving the overall aesthetic was done by building iterations to each filter, for example the emoji filter began to get more interesting when we layered emoji of different sizes and densities over each other, creating a much more nuanced pattern,” he adds.

The team also tried to mix up the overall aesthetic by choosing which filters tied in with themes from different episodes, and making sure to alternate them throughout the book. “Certain filters lent themselves well to specific episodes – the vector filter [uses] graphic shapes and White Bear, Shut Up and Dance, Arkangel and Metalhead all had motifs within the episodes that were a good fit,” says Bather.

“Some episodes like Fifteen Million Merits and Nosedive are about social media, and so work well with the emoji filter. The glitch and colour offset filters were easier to apply across the rest, and became more about the base image and filter feeling appropriate to the episode.”