Everything from nuclear disarmament to civil rights and climate change is featured in the book, which uncovers the multitude of posters produced in response to social and environmental issues around the world. It’s also a record of more temporary artwork made by activists on the ground, which up until now would generally be unrecorded.

There’s iconic poster design – for example David Bailey’s Dumb Animals, created for Greenpeace – as well as less well-known examples, but what each piece demonstrates is just how powerful a clever bit of imagery can be.

There’s a certain level of disappointment that we’ve been tackling some of the same issues for decades, with no end in sight, but there’s also something uplifting about seeing how stirring even relatively simple graphics can be.

Impressively as well, the book’s author, Jo Rippon, has tracked down information on every single piece of work. This includes essential historical context as well as, in many cases, the name of the artist and designer – lifting this book out of the morass of other coffee table books that are dense in pictures but light on facts.

Considering the current protests in Hong Kong, as well as Extinction Rebellion’s efforts in London and elsewhere, The Art of Protest feels like a particularly relevant book right now – and it’s fascinating to see how different designers have tackled the same issues over the years. 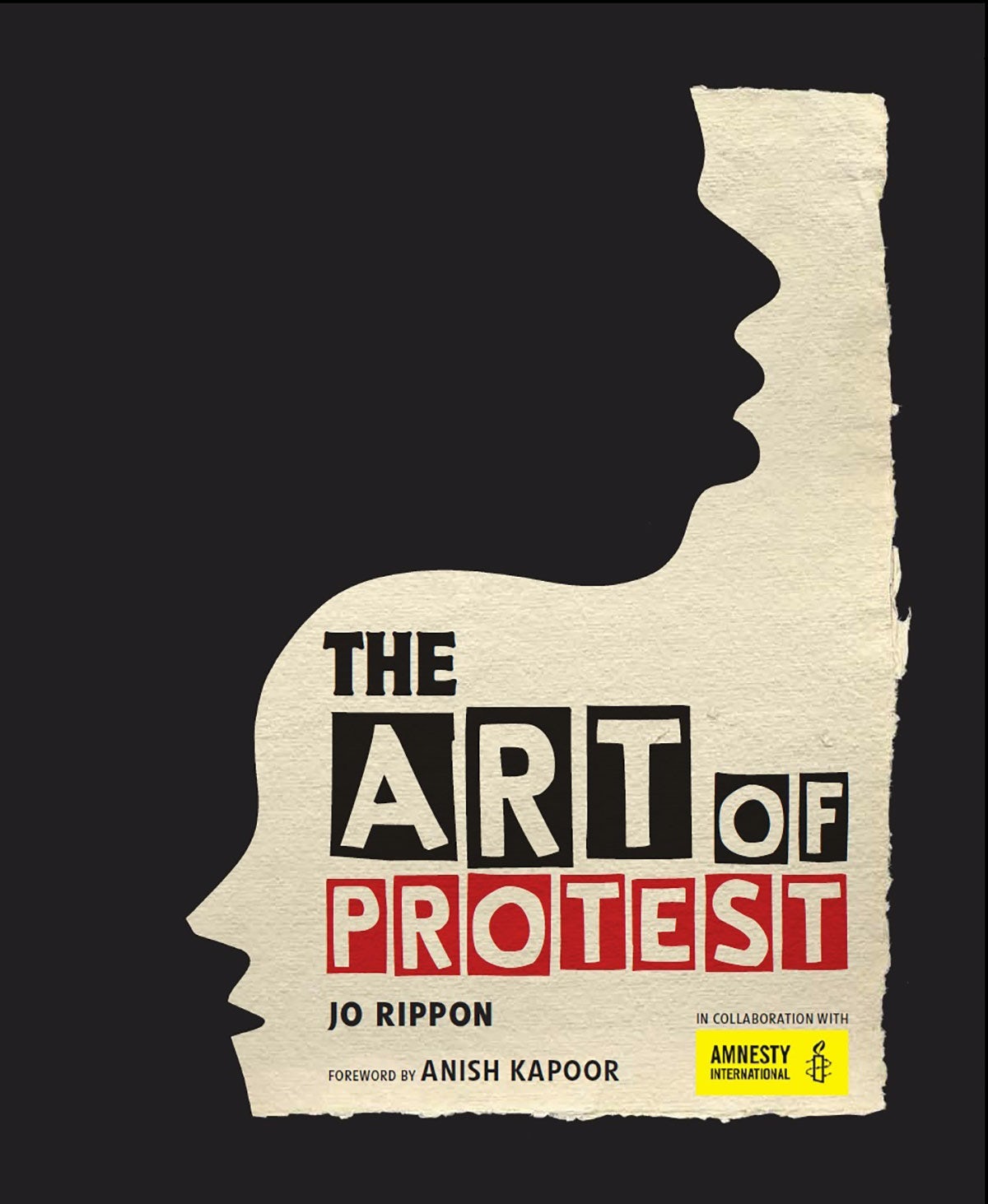 “The images in this book are a compendium of the will to a voice,” writes artist Anish Kapoor in the book’s rather grand introduction. “The poster, the banner, and the slogan have a homemade immediacy that is a sign of quotidian consciousness. Their mostly simple means help to ensure availability both as artifact and as message. We are all poster-makers, and through them we all attest to the unrest in our souls and our will to dignity.”

The Art of Protest is published by Palazzo in partnership with Amnesty International, priced £25; palazzoeditions.com