If you’re black or mixed race you’ve probably experienced what Momo has; a stranger in the street walking up to you and touching your hair, uninvited, to marvel at how different it feels from their own. 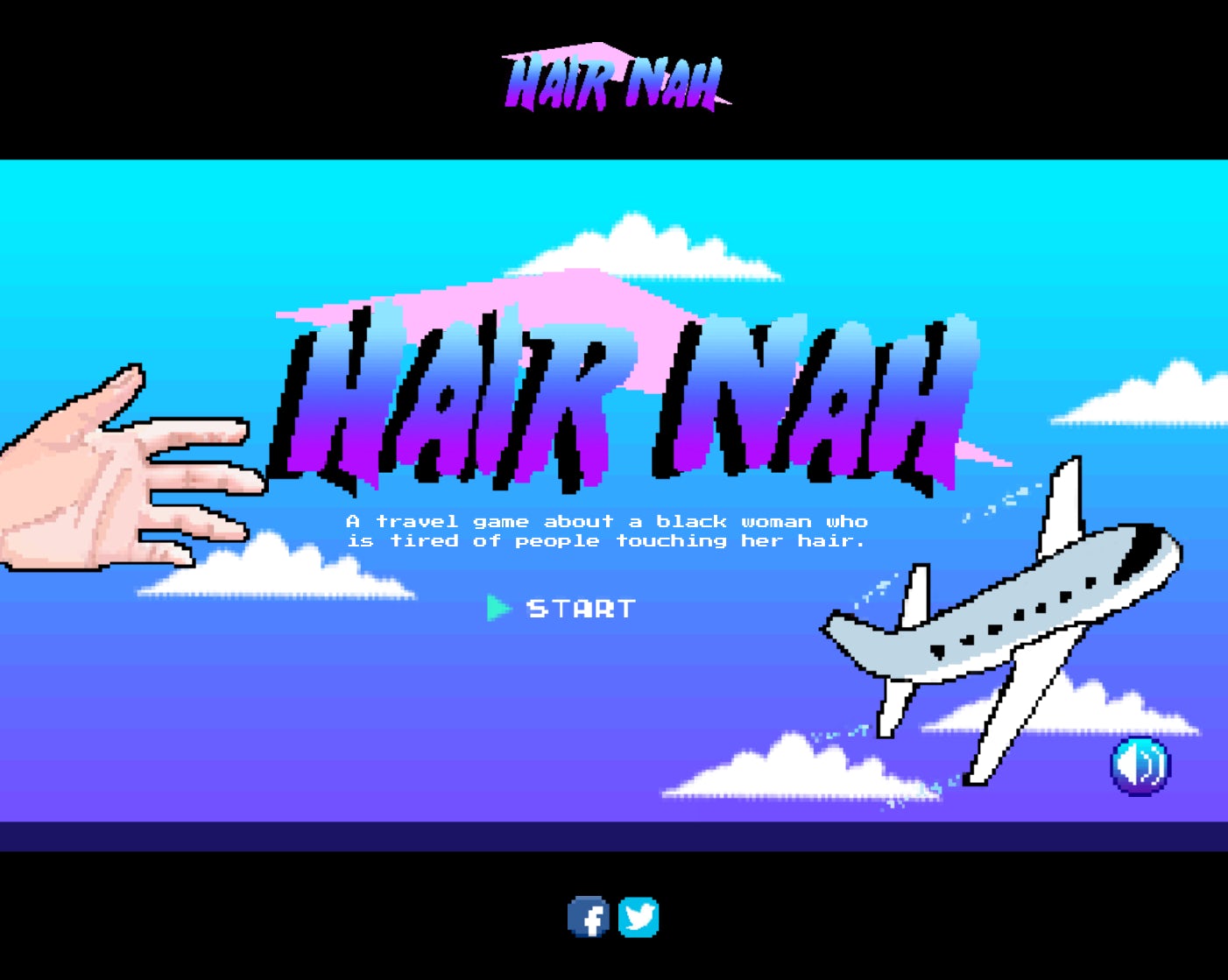 We’ve seen hair come up in pop-culture more and more over the past decade, becoming a strong metaphor for ‘otherness’. In Americanah, Chimamanda Ngozi Adichie used hair to address a black woman’s struggle to fit in, to accept her own cultural heritage and to fall in love with herself. Singer Solange celebrated black hair, seeing it as a symbol of empowerment and choice, in her album A Seat At The Table and the #DontTouchMyHair campaign which sparked a lot of discussion on the subject of race and hair on social media. Not to mention recent magazine cover photo retouching rows with Solange (again) and Lupita Nyong’o. 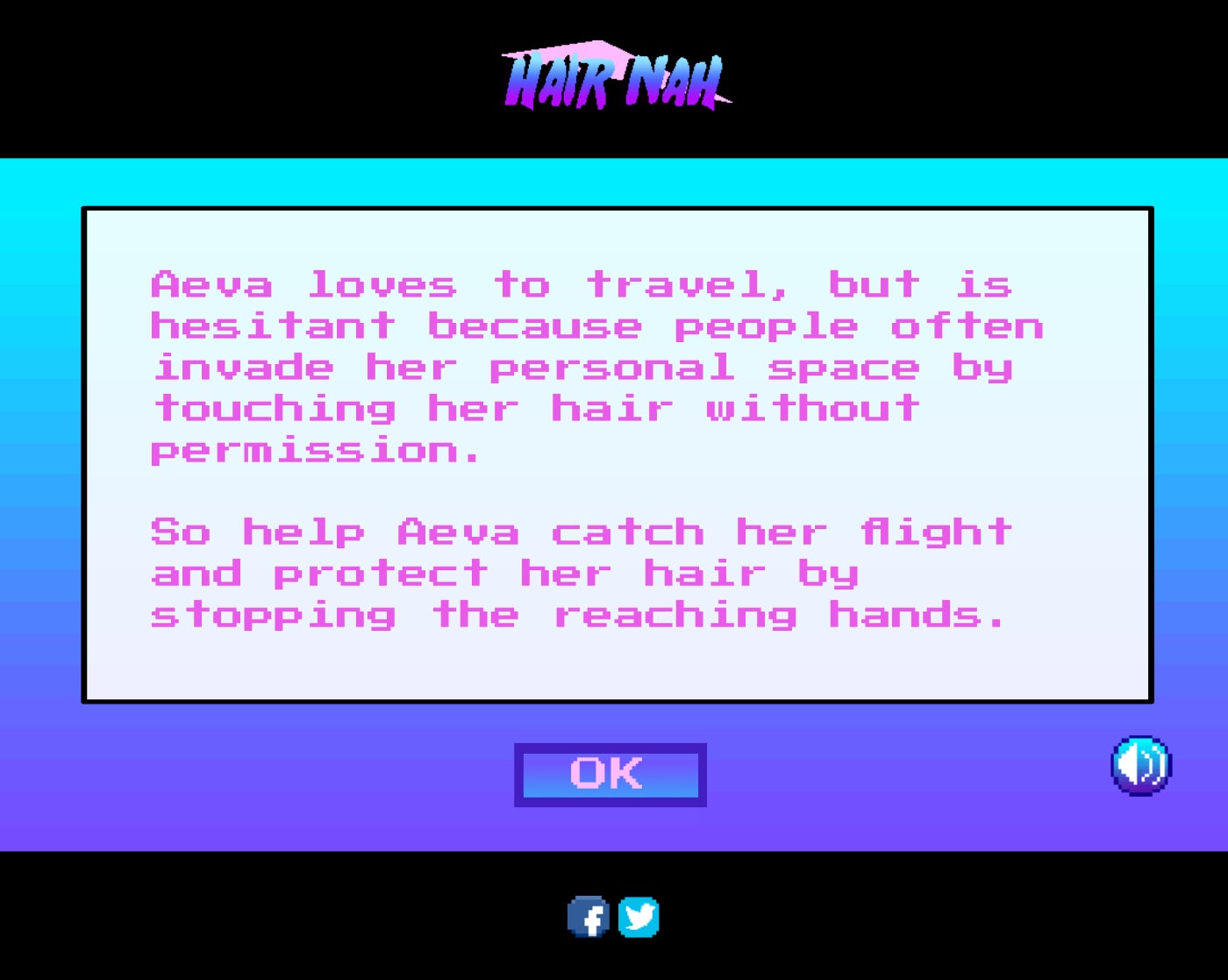 Adding to the discussion of the race debate, via hair, is a new game Hair Nah! It was created over the last 10 months by Momo Pixel, an art director at Wieden + Kennedy. She hadn’t experienced hair touching as much when she was younger, “but for some reason when I moved to Portland it was hair out, hands out. So over time I had this knowledge that people will touch my hair uninvited.” One day, after the frustration of repeatedly having her personal space infringed upon, Momo came up with the idea of the game. “I had to make this. It’s so necessary. I knew that if it was my experience it was other black women’s experiences as well.” 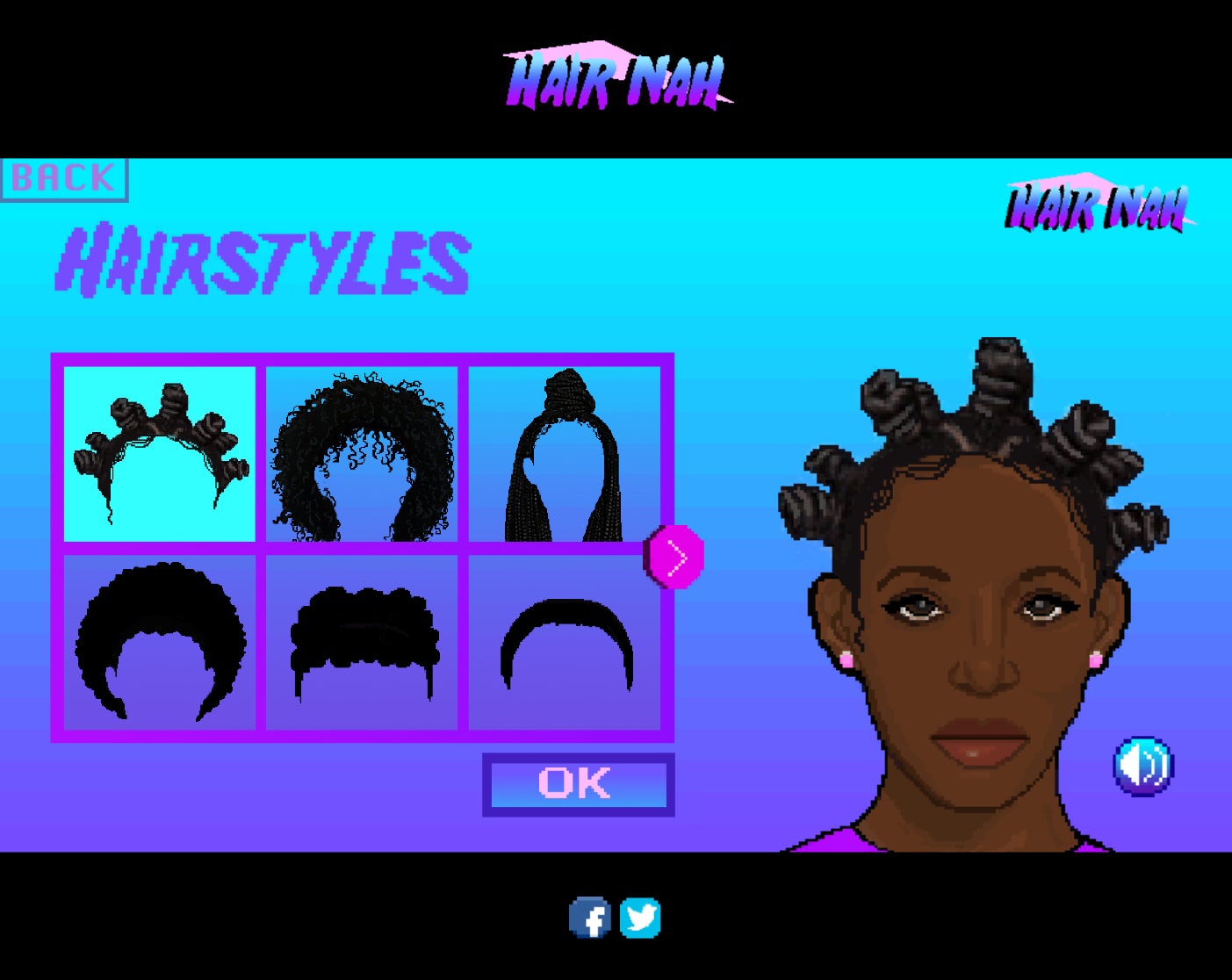 The game can be played at hairnah.com. You can choose a few different hair options for your avatar Aeva and take her out to a different part of the world. Then when people try to touch your hair you can smack their hands out of the way.

“The reactions have mostly been positive,” says Momo. “But there are of course some who disagree. For some people they experience hair touching mostly from other black women, so for them this game doesn’t resonate. Which is cool because everyone’s experiences are different. But for a large portion of women, men, and others, this game is hitting the nail on the head.”

“A lot of people have just said thank you,” she says. Either for expressing a frustration that is their own, or for making them aware of an issue that they didn’t know existed. It’s exactly what Momo wanted: “At least the conversation is being had. Which was the goal.”