Lisa McGee’s sitcom Derry Girls explored teenage life through the lens of a group of friends living in Northern Ireland during the Troubles. The show was praised for its mix of humour and seriousness (as well as its great casting and nostalgia-inducing soundtrack), and proved so popular with viewers that it was commissioned for a second season after just one episode. It has also proved a hit with the residents of Derry – so much so that Channel 4 and agency 4Creative have commissioned a large mural in the town centre to mark the show’s return.

The mural – created by local not-for-profit group UV Arts – features the show’s main cast, and pays homage to a long-tradition of mural painting in Northern Ireland. Covering an entire wall in central Derry, it’s a fitting tribute to a show that was praised by locals for its honest amd funny portrayal of everyday life in the city – from Friday nights at the chippie to day trips out of town to avoid the Orange Parades. 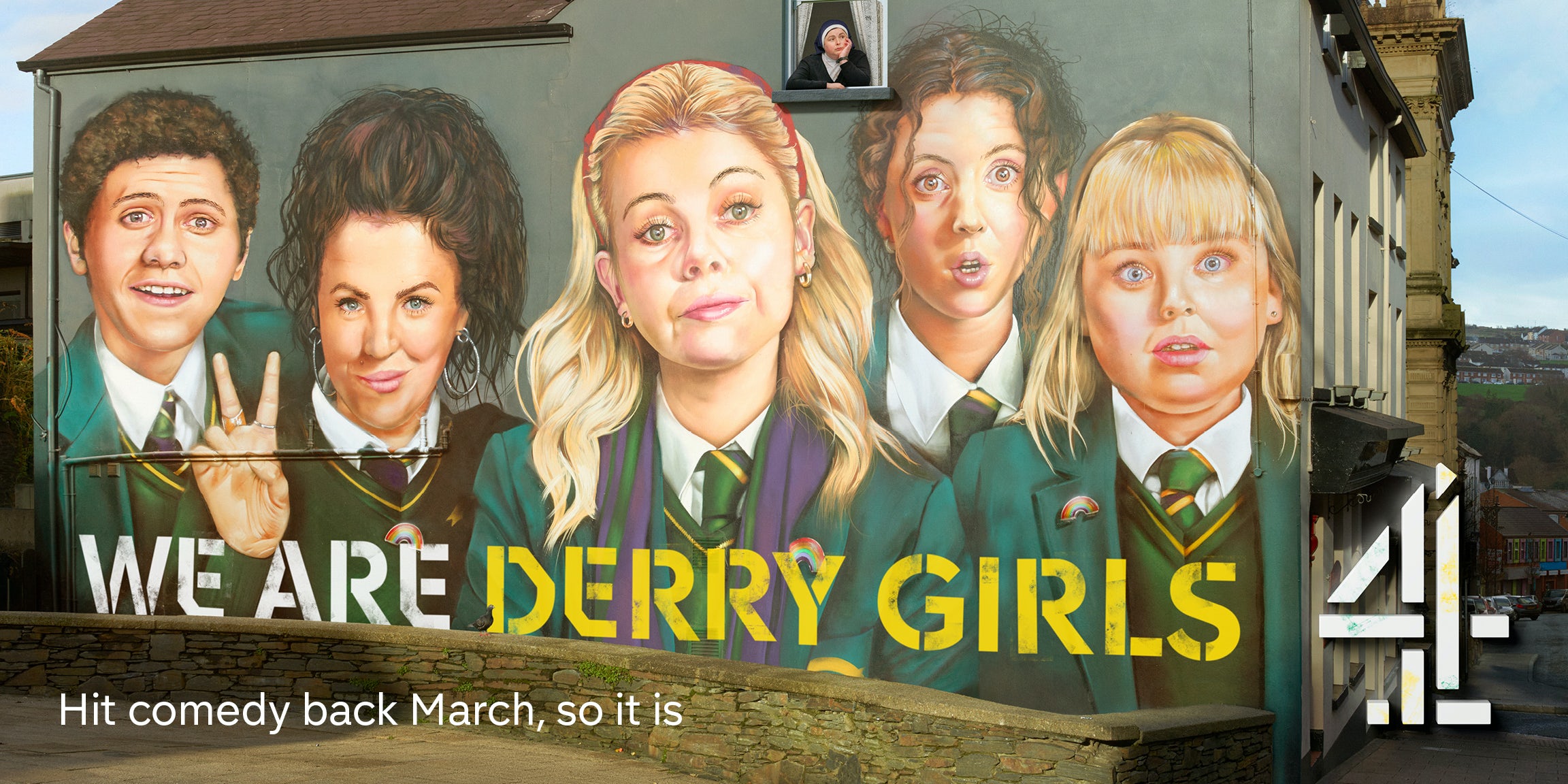 The image will also feature on press ads and cover wraps, which include a playful nod to Sister Michael – the sardonic nun who gained a cult following among the show’s fans.

The fun continues online, with videos inspired by nineties school photographs and ‘Derrytext’ – an Instagram Story inspired by Teletext and Ceefax. Channel 4 says fans following the story can expect everything from weather updates to “spiritual guidance from Sister Michael”.

The show returns to Channel 4 on Tuesday March 5 at 9.15pm, and you can read our interview with creator Lisa McGee about writing the series here.