To mark its 40th anniversary, New York’s New Museum is streaming live feeds from five of its exhibitions to locations across the city. Via donated digital OOH sites and screens in locations such as Times Square, the International Film Centre, cafés and hotels, there will be 20 live streams of exhibitions throughout the museum, running until December 31.

In addition, the cameras placed inside the Museum’s galleries will also carry streams from a number of ‘key moments’ occurring through the month. These will include performances by artists, a talk by Refinery29’s health and wellness director Rebecca Adams and sketching in the galleries with illustrator Jason Polan.

“New Museum LIVE takes inspiration from one of the New Museum’s very first exhibitions, the Window Series, which invited artists to display their works in street-level windows for the public to see,” explains Don Shelford, Droga5 Group Creative Director. “New Museum LIVE can be viewed as a modern-day interpretation of that series, allowing New Yorkers to view new art in ways they’ve never been able to before.” 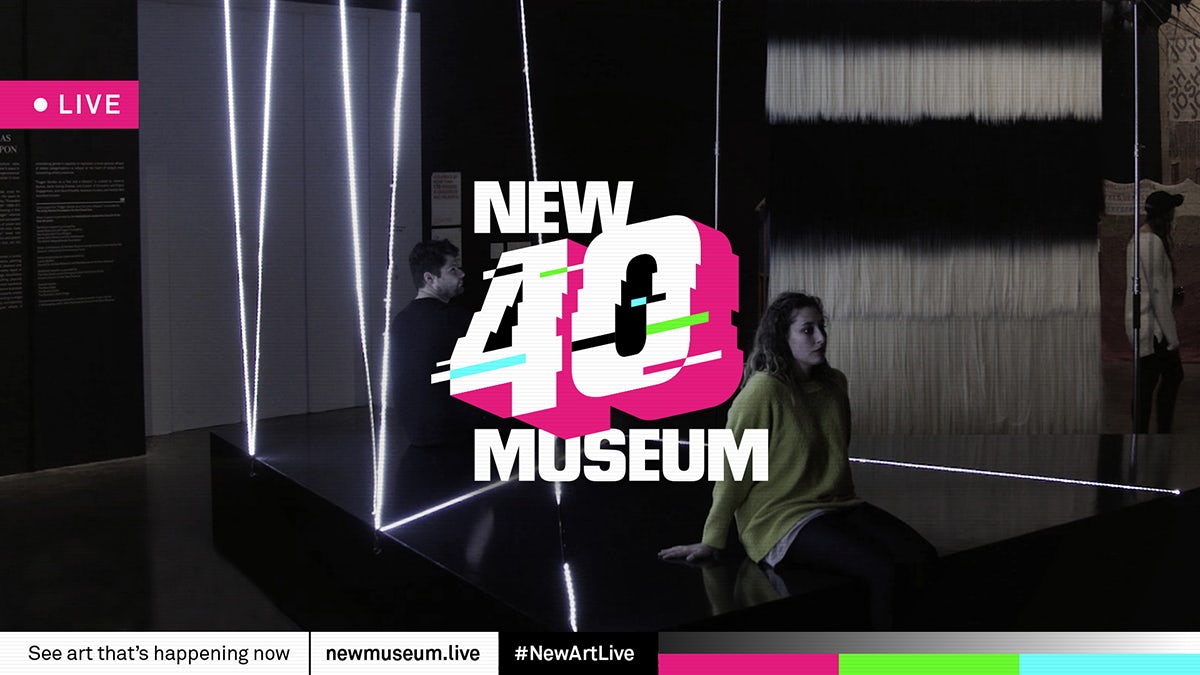 This is not the first time that the Museum has worked with Droga5. In 2007, the agency worked on a campaign to mark the Museum’s relocation to its new building on the Bowery, while in 2013, Droga5 also partnered with the New Museum to reinvent the city’s phone booths with Recalling 1993, a campaign to promote the exhibition NYC 1993: Experimental Jet Set, Trash and No Star whereby stories from influential New Yorkers of the 90s were related via 5,000 pay phones across the city.