NatWest’s new identity, designed by Futurebrand, sees the bank return to a symbol featured in its original brand guidelines – a set of three interlocking cubes which represented National Provincial Bank, Westminster Bank and District Bank coming together to form NatWest.

The cube device has also been used as the starting point for a new graphic system which features vibrant illustrations and 3D typography. Futurebrand says the aim was to create a language that is “engaging, unique and stands out both online and on the visually ‘noisy’ high street”.

Dan Witchell, executive creative director at Futurebrand, says the consultancy wanted to create a system based around something that had “gravitas” and meaning to NatWest. “The cube has always been an intrinsic part of their identity … we wanted to build on something that was always there rather than create something new.”

He also says the identity aims to create a stronger link between the brand’s logo and the wider visual identity – “linking the cubes in the logo to the cubes in the illustration acts as a visual trigger, so even if you’re not seeing the logo, you know instantly that it’s NatWest.”

“There wasn’t any prerequisite in the brief saying ‘we want to keep this or that’, apart from the typography they’d developed [RN House Sans] – they wanted to keep hold of that as it’s their own bespoke font, and evolve the colours but keep the red of the logo,” says Witchell. The new colour palette includes purple, pink, teal and yellow and is designed to look “vibrant and optimistic”.

“Banking has been through a tough time in recent years … I suppose we wanted to try and draw a line under that and look to a more positive future in a way,” Witchell says. 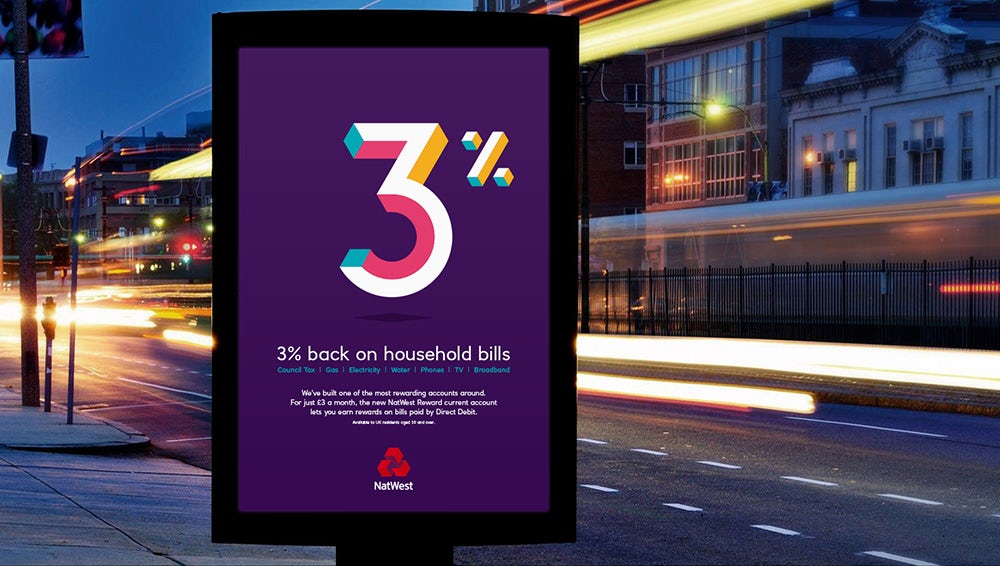 With its bright colours and animated elements, the graphic system feels more akin to one created for a digital banking startup than a longstanding high-street bank. In the past few years, startups such as Monzo and Starling have won over consumers by adopting a more friendly and human tone of voice and visuals in keeping with the graphic language of leading apps and digital brands. Many high street banks have looked staid in comparison, with identities based on graphic representations of security or remnants of the heraldry that was once common in the sector.

“[High street banks] have tended to look slightly more conservative – I think [NatWest] have been slightly braver with their choices, certainly in their advertising and their identity – but I think on the whole, the category has tended to be a little bit same-y,” admits Witchell. “But you know, it’s an interesting challenge. Banks also need to look and feel trustworthy and that tends to lead you down a slightly conservative path.”

Witchell says the new graphics aim to appeal to a younger audience – but says this wasn’t a key focus when working on the rebrand. More important was creating something that would stand out on the high street – “you can look at other banking competitors but when you’re walking down the street, you’re seeing it next to an EE store or Marks & Spencer,” he adds. Presumably, the brand also has to compete with the visual noise of the web, where a large portion of customers now do their day-to-day banking.

The branding follows the launch of a new TV ad for NatWest, created by M&C Saatchi, which focuses on the bank’s supposed accountability for its actions. A voiceover accompanied by black-and-white footage showing good and bad sides to human nature states “we are kind, we are cruel,” and “we are creative, we are destructive”, ending with the message: “We are all what we have done and what we will do. We all have a duty to the right thing. We are no different.”

The ad doesn’t explicitly reference the financial crisis but the connection is clear. Most banks have chosen to shy away from this in recent advertising, choosing instead to focus on human stories and key milestones in our lives (see HSBC’s Lift and Lloyds Banks’ For Your Next Step).

NatWest’s focus on accountability feels surprising in this context – the final message suggests both an acknowledgment of wrongdoing and an intention to do better – though the ad still follows the familiar formula of emotive footage, poignant soundtrack and an earnest message that tries to convince us it cares about its customers.

In a frank interview with Marketing Week’s Thomas Hobbs (read it in full here) David Wheldon, CMO at RBS Group, said: “We know we made mistakes in the past, but we have learned from them and won’t do them again. But we must acknowledge those mistakes and the ‘we are what we do’ slogan really summarises that,” he told MW.

The rebrand forms part of a series of major changes taking place within RBS Group: the group recently announced plans to sell off 300 branches of RBS in England and Wales and RBS is now known as the Royal Bank of Scotland north of the border. Futurebrand has created a new identity for Royal Bank of Scotland which retains its logo and typeface but uses a pattern based on tweed and tartan to emphasise its Scottish roots.

A new ad created by the Leith agency, shown below, shows bank notes passing between various Scottish families and communities. Both the ad and the rebrand aim to better differentiate between the two banks, which previously used the same communications.

“Historically, RBS would create one advert [for both banks] and badge it NatWest or RBS depending on where you were geographically … our brief was to create two very separate identities – the only crossover between the two is the font,” explains Witchell.

Speaking about the new positioning and the NatWest rebrand to Marketing Week, Wheldon said: “In the case of Natwest, if a computer isn’t working you hit the reset button and that’s what we needed to do.”

“This brand has been battered for a long time and that’s because we forgot where we came from. When NatWest started in 1968, the logo was based on the fact three banks came together for NatWest to exist and it was a 3D logo depicting that. It was about solidarity.”

Wheldon’s comments echo the thinking behind the Co-op’s recent rebrand by studio North – a rebrand which saw the troubled company return to its original 1968 clover leaf logo. Speaking to CR about the project, North’s Sean Perkins described the original mark as “a trust mark” and a “timeless classic.” North’s Louis Mikolay said it “evokes nostalgic memories of local shops and ‘divi’ [dividend] stamps” for older generations, “while for younger generations it suggests a modern brand of the future, ready to live and breathe in the digital world.”

In many ways, NatWest’s branding looks to do the same: it reinforces the brand’s heritage and puts the emphasis back on an instantly recognisable mark while creating a new system designed with a digital age (and younger consumers) in mind. The end result is an identity that combines old and new, looking to the past while bringing the brand up to date.

Speaking about NatWest and Co-op’s decision to revive symbols from the 1960s, Witchell says: “Anyone with a good branding brain is always going to see what’s available in the current kit, or the archives, before they start to create something new, because new brands are popping up all over the place all the time. If you throw the baby out with the bathwater, so to speak, you’re doing a brand injustice really, unless there’s something fundamentally wrong with it, or it has bad connotations. 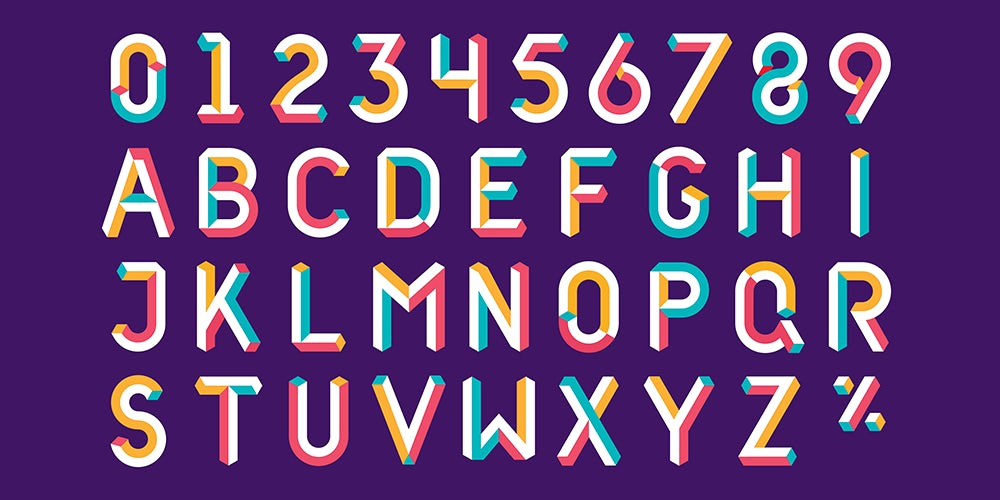 “Going back and modernising an existing mark makes perfect sense if it’s been well designed in the first place,” Witchell continues. “Certainly with a lot of the 1960s logos, because the aesthetic at the time was to create something strong and simple,a lot of those still have value today.”