Nike has been releasing some cracking ads to celebrate the 30th birthday of its Just Do It tag, all of which have served to prove that the slogan is as powerful a piece of branding as ever.

While the first spot, starring Serena Williams with a voiceover from her dad, was an emotional affair, it was the second that has garnered the most attention so far: this time centred on American football player Colin Kaepernick, the ad has prompted wide political debate across the US and beyond.

The third ad in the series is unlikely to be the subject of quite such fierce discussion, yet is still a bold and thoughtful piece of work, directed by AG Rojas and created by Wieden + Kennedy Amsterdam. Starring Caster Semenya, it sees the South African athlete directly challenging her critics. As we’ve come to expect from these ads, it is a powerful, moving and perfectly scripted piece of work. 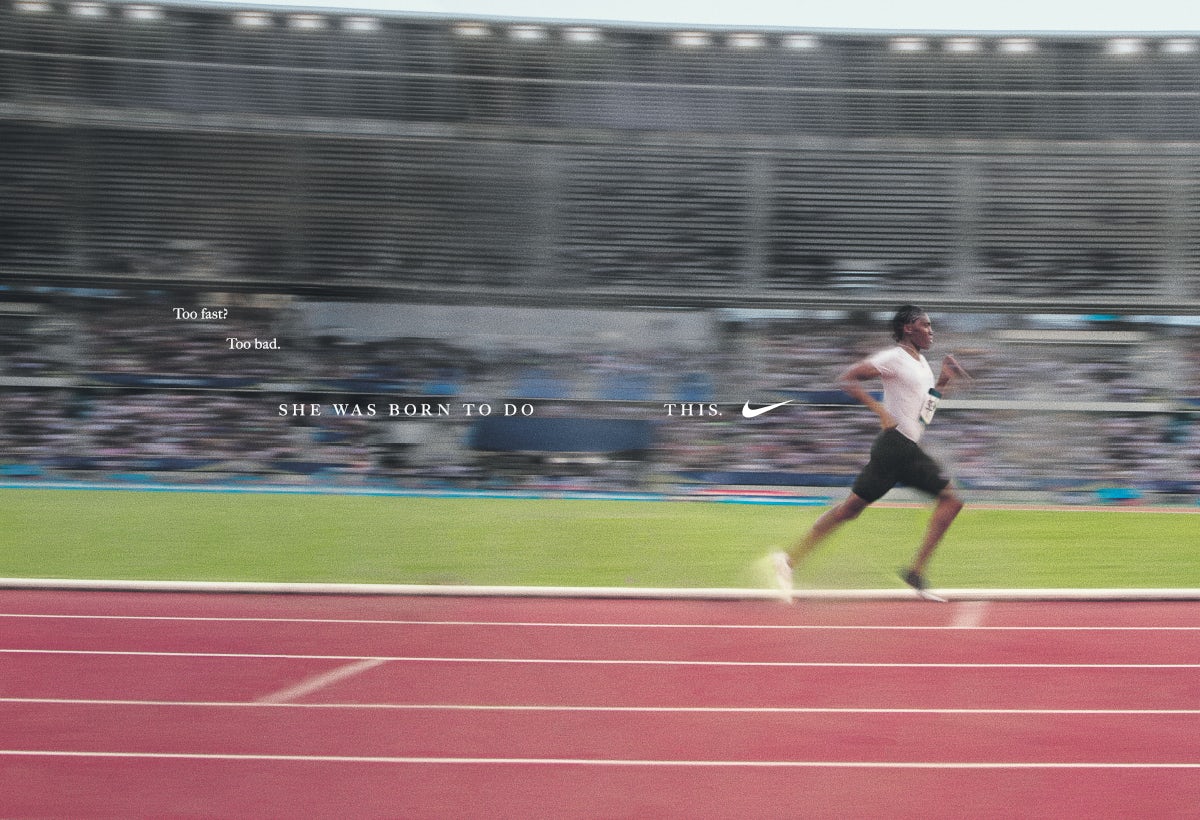 Read Nick Asbury’s piece on the Colin Kaepernick piece here; Read about the history of the Nike Just Do It slogan here