The notion of family has always been at the heart of Ross From Friends. Real name Felix Clary Weatherall, last year the DJ and producer used his debut LP Family Portrait as an opportunity to explore the tapestry of family. His only official video thus far was for the album’s lead track Pale Blue Dot from Family Portait, comprising found footage recorded by his mother in the early 90s rave days on a trip around Europe, where his parents first met. When Weatherall performs a live set, he extends the invitation to two members of his figurative family, his bandmates, to play onstage alongside him.

The producer’s latest effort sees him continue to weave this thread, this time shining a light on his sister and namesake of his new 12″, Epiphany. It marks his third release on Flying Lotus’s revered imprint, Brainfeeder, and sees Weatherall’s Ross From Friends project enter a tightly-produced but no less personal space.

This goes as much for the music as it does for the new video for the title track, which takes viewers on a journey through an abandoned building under the direction of Theo Nunn from Hackney-based studio Lisbon. 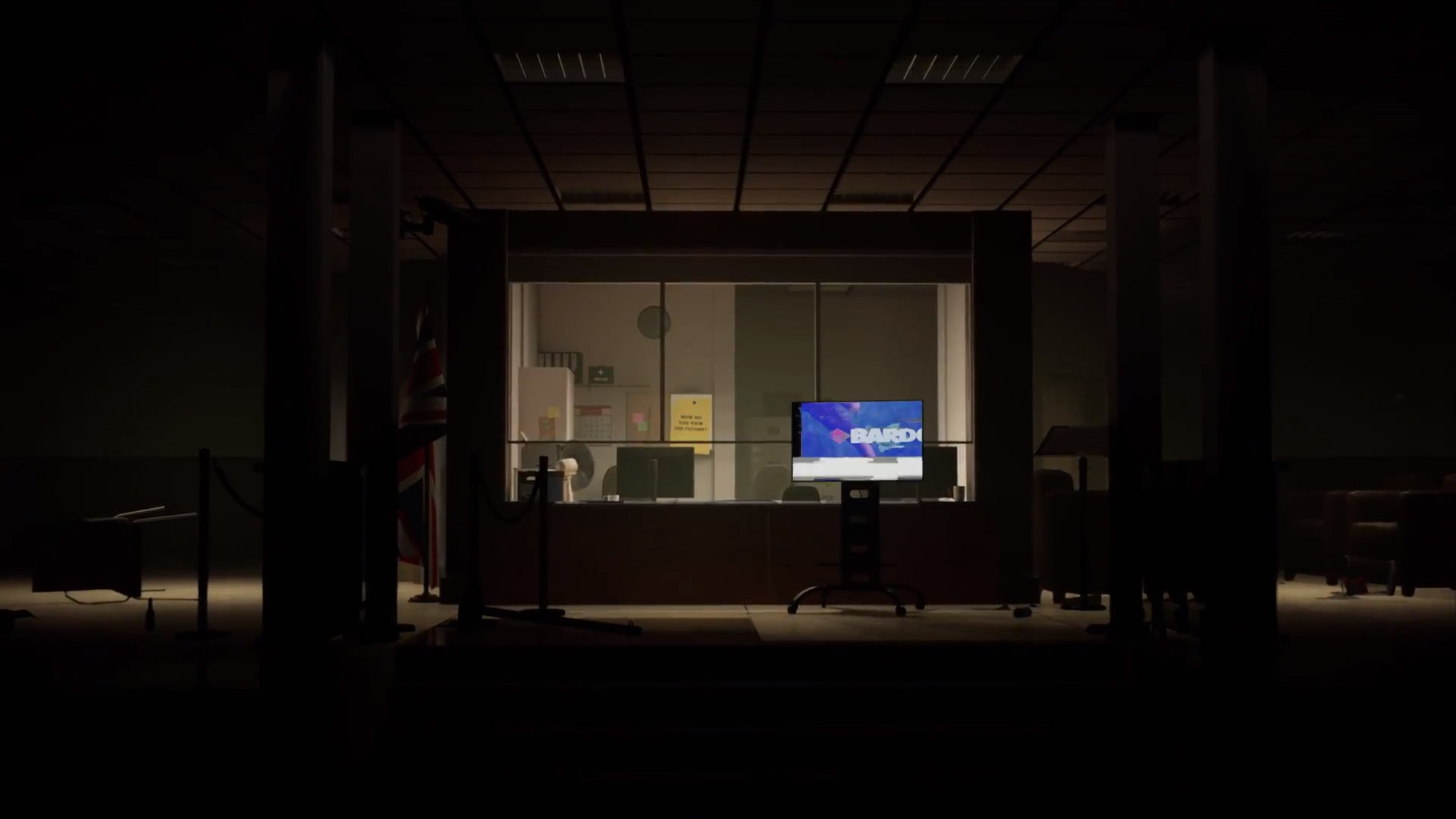 While at first glance it seems to evoke a dark, dystopian tale, the video actually symbolises sharing and family – something that would seem inherently personal to Weatherall, but Nunn was able to tap into it through the idea of family in the context of rave culture.

“I wanted the 12″ to reflect a communal realisation, one that comes politically, or when you’ve escaped everything in the midst of the rave — hence the title of one of the tracks, ‘The Revolution’ too. I gave Lisbon a brief along these lines, and they developed a perfect concept for the video,” Weatherall told CR.

Rave culture was one of two starting points that Weatherall shared with the team working on the video, a collaborative group that included other animators, artists and even students at Middlesex University. “It’s not so often in small music video production that you get that – especially in animation. It’s usually a couple of people in a cupboard somewhere slaving away,” Nunn jokes.

The other reference was 1999 sci-fi film, The Thirteenth Floor. The two otherwise incongruous threads of family and futurism meet in the form of the space the video inhabits: a large industrial building fresh out of a post-apocalyptic thriller.

“I was looking at a lot of these kinds of post-industrial spaces that rave took over, and those spaces that were previously industrial [and] are now synonymous with rave culture, like Berghain or something,” Nunn says. The environment is explored in a gliding drone-shot style, not unlike the sort seen in David Attenborough documentaries.

“I was also really intrigued [by] how we could tell a story about people but not show any people, and make it about this breadcrumb trail of clues that allude to some sort of event or happening that’s happened,” Nunn continues, neatly drawing a parallel between the traces of a mass exodus seen in Epiphany and the aftermath of a night out. “I think photos from the night before of an abandoned club are really interesting in that regard.” 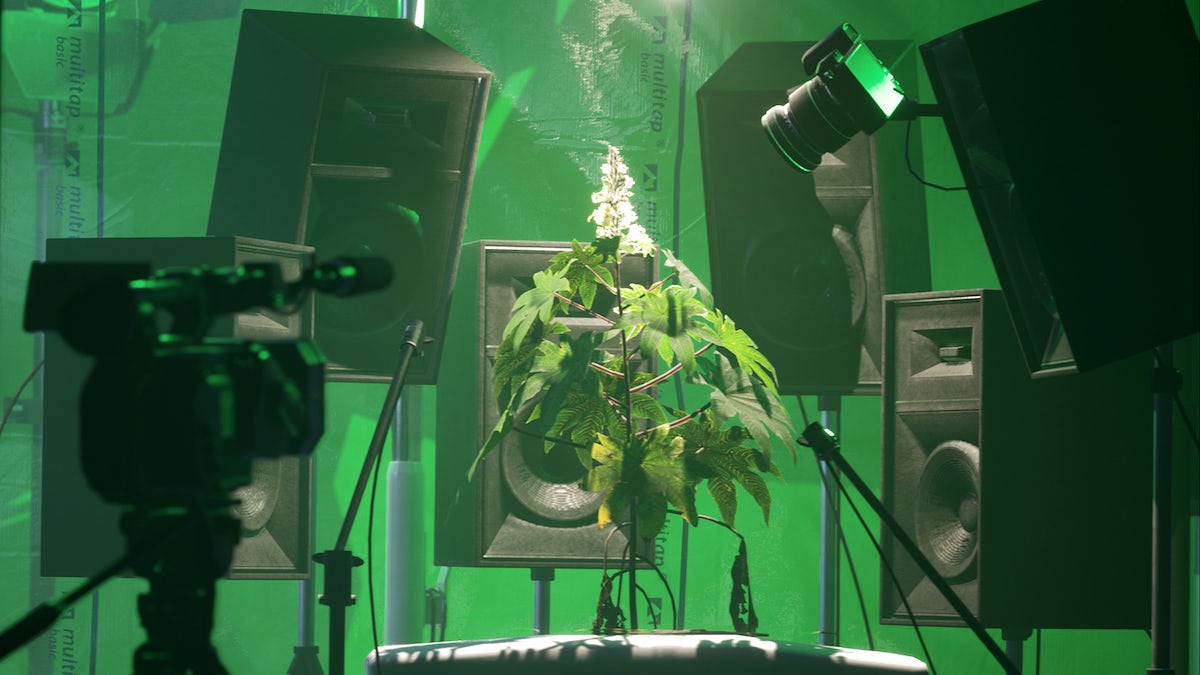 Though the structure of the space is akin to post-industrial buildings, its character comes from Nunn’s trips to the Science Museum as a child. He revisited the museum during the project, meandering through the space while listening to Epiphany and noting its idiosyncrasies: pioneering technologies, spacecraft, medical equipment alongside “little maintenance cupboards for people who work there, with fleeces hung up and stuff, and photocopiers, and lost and found,” Nunn recalls. “I just love all of that ephemera in contrast to each other. I think there’s a real humanity in those things.”

Meanwhile, the touches that shape the building’s overall atmosphere were influenced by a book called Japan Underground by Hideaki Uchiyama. “It [has] these amazing underground photos of Tokyo maintenance tunnels and these amazing spaces that are just lit by ambient, quite colourful light, and that was real proof to me that you can say so much just with space,” he says. 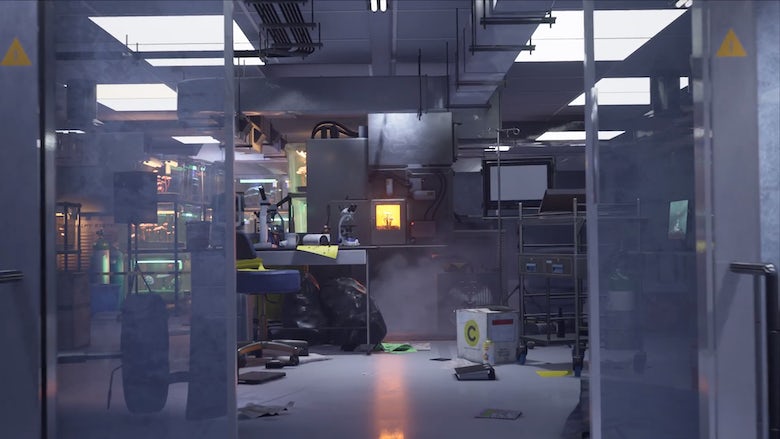 It’s true that there’s no human in sight, but the space is peppered with hints that there was once life there. It invites viewers to construct their own story about what happened, what the space once was – just like the old warehouses, factories and hangars that welcome hushed after-hours parties. “There’s lots of little nods and hidden things in there to evoke a sense of realism. I think that’s intrinsic in the medium of working in CG; you’re asking the audience to believe something that’s completely fake,” says Nunn.

Among the details that crop up throughout the video is the word Bardo, the name of the fictional facility. The name is lifted from Timothy Leary’s book The Psychedelic Experience – intended to help guide people through a psychedelic trip – who in turn borrowed the word from Tibetan Buddhism, where it refers to an intermediary state between death and rebirth.

This reference comes full circle as the video draws to a close. After spending several minutes moving through these low-lit, desolate spaces, it ends with a breakthrough into a utopia. Whether it represents an epiphany, a rebirth, or simply the light flooding in at the end of a rave is in the eye of the beholder. 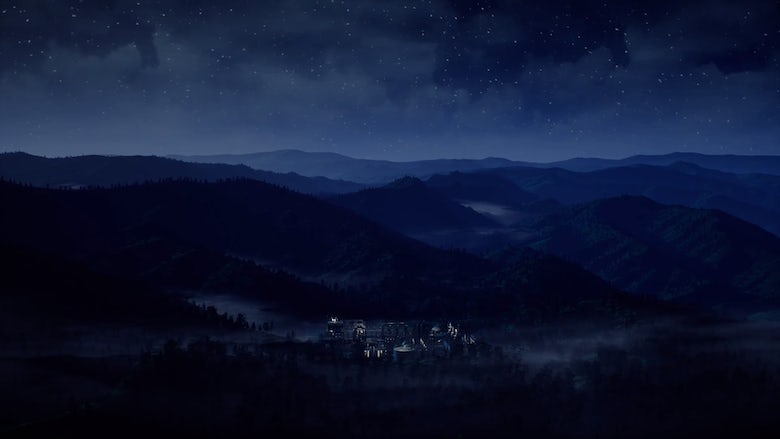 Epiphany by Ross From Friends is out now on Brainfeeder; lisbon-studio.com