While Christmas is widely touted as the season to be jolly, as anyone who’s worked in hospitality over the festive period knows, it’s not all semi-ironic Secret Santa gifts and paper hat selfies.

Away from the fun and games of the tentative return of office Christmas pub trips and people getting hammered in attention-grabbing knitwear, there’s a darker side to festive cheer: festive rudeness.

That’s why Stella Artois has decided to rebrand as Stella Please for the month of December, highlighting the importance of the magic word and raising awareness of the seasonal pressures faced by hospitality workers. The temporary new brand name is being displayed in a reworked version of the iconic red Stella wordmark across bar taps, mats, T-shirts and other physical bar items in the participating venues, which should hopefully remind people to remember their manners.

The campaign is running in five pubs across London, Manchester, Birmingham, Newcastle and Newport, where customers who say “Can I have a Stella, please?” when placing their order will receive £1 off their pint. Stella Artois is also making a donation to charity Hospitality Action for each pint ordered to support hospitality workers.

‘Enfant terrible’ celebrity chef Marco Pierre White has partnered with Stella Artois on the campaign, and fronts a stern public service announcement driving home the fact that manners are free. “Over the years I have witnessed my team be on the receiving end of rude and unnecessary behaviour from customers,” says White. “In the lead up to a very busy Christmas period, I would like to proudly stand alongside the hospitality industry and do my bit and say please be polite.”

The fact the Michelin star-studded restaurateur isn’t known for his politeness might make him seem an unusual choice, but “having worked in the restaurant industry for over 30 years, he knows a thing or two about the inconsiderate behaviours that can be displayed by Christmas revellers”, according to the brand.

This year will likely be an even more testing time for pub staff, since nearly two years of lockdown restrictions have left many people both out of practice when it comes to the art of ordering a pint in a busy bar and over-excited at the prospect of doing so. According to research carried out by Stella and YouGov, 71% of hospitality workers said they had experienced rudeness from customers, with 40% reporting that customers have been behaving more rudely since lockdown measures were lifted earlier this year. 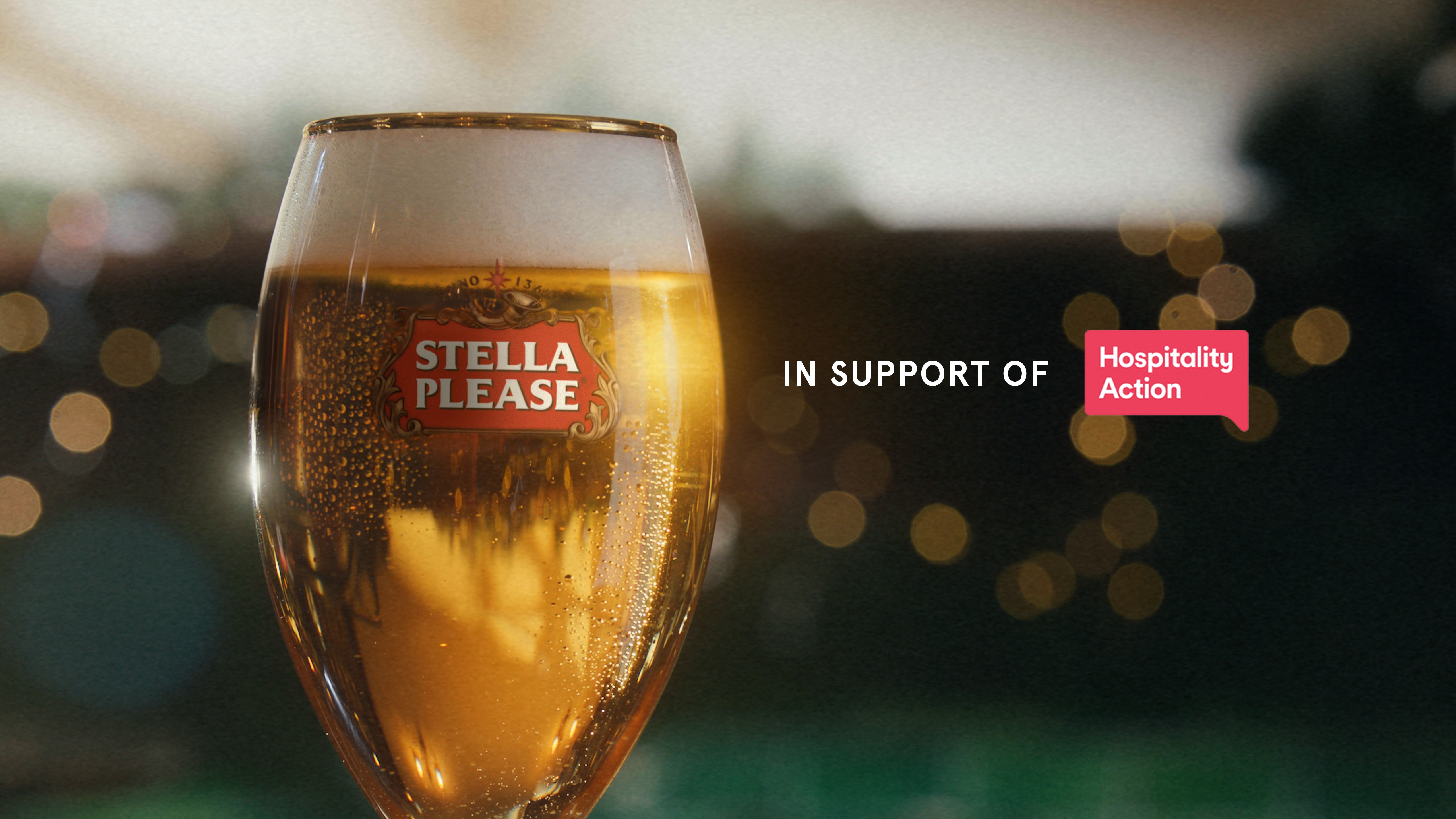 Of the 1,000 workers who were surveyed, foregoing words like please and thank you accounted for 78% of the rude behaviour they reported; with complaining about the price of products and services being the second most common issue at 64%. Another common complaint was people talking on the phone while interacting with staff – 49% said this had happened to them.

Stella Artois has previously looked to support the hospitality industry through initiatives like Stella Tips, which launched earlier this year. Marking the reopening of pubs throughout the UK, the campaign saw Stella give out £500,000 in tips to hospitality staff in UK pubs – with staff offered £1 for each pint of Stella they pulled.

Stella aligning itself with minding its Ps and Qs might also be an astute brand move, since over the years it’s been plagued with image problems that see it associated with angry men and a certain lager loutishness. But over the years the brand has been working to loosen these associations: when it was first launched in the UK the beer was 5.1%, and people were quick to note that the extra ABV (most draft beers were around 4%) certainly upped the ante when it came to less-than-polite behaviour. The Belgian beer is now 4.6%, having announced a drop from 4.8% in February last year.