“Never has it been truer that people have an unexpressed animal side, desperate for release. We’ve been confined for too long,” says the gallery information for Morrison’s show, and looking at its installation, which features one dog hanging from a chandelier, another smoking a cigar while wearing a Fez, and a further pup sitting angrily alone in the corner, it’s easy to see what they mean.

Morrison’s work is apparently inspired by an epiphany he had two years ago while painting a portrait of his childhood pet – that dogs could be a good emotional stand-in for humans. He’s taken that notion to the extreme here, with one pooch, who is dressed in jeans and a white suit, repeated 16 times over, each version conveying a different mood. Paintings of dogs-as-humans (and even more bizarrely, dogs-as-food) also line the walls of the space. 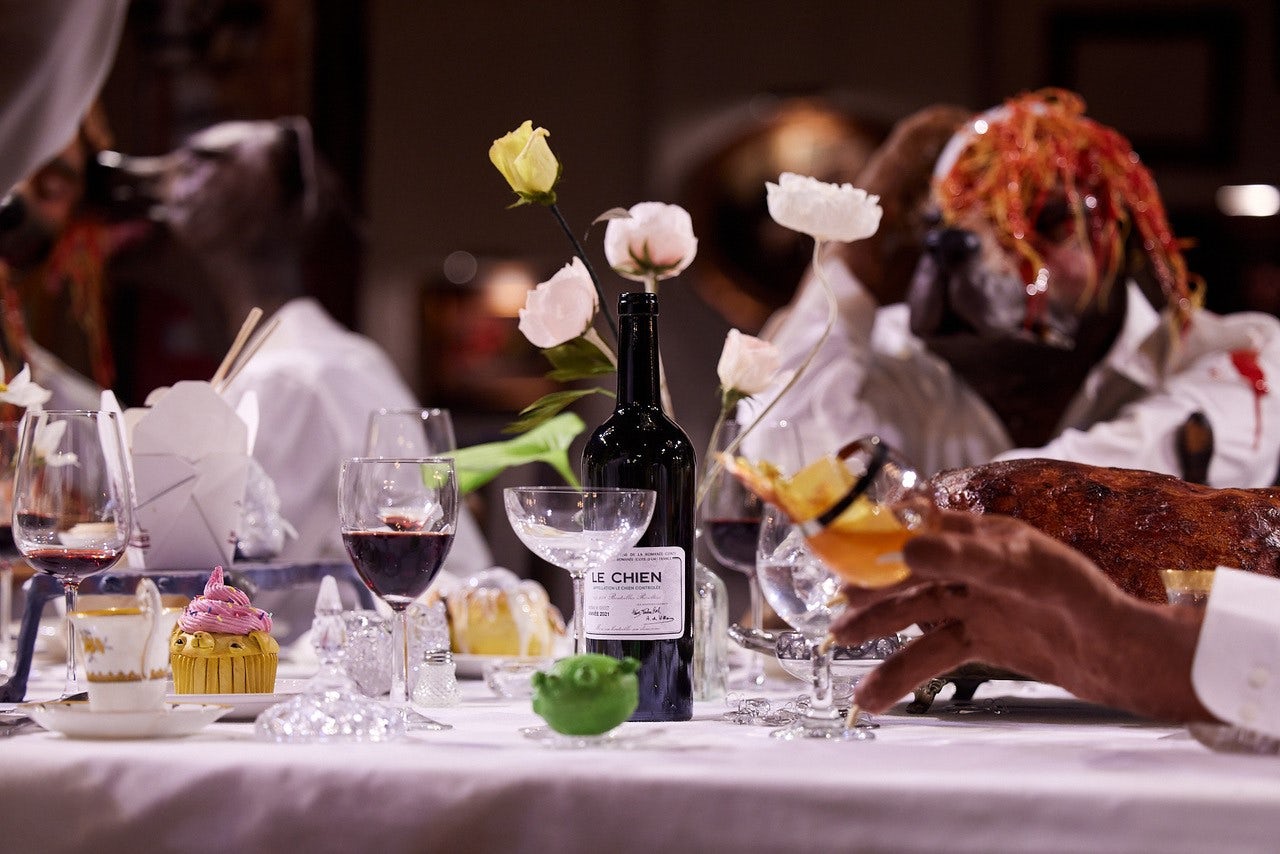 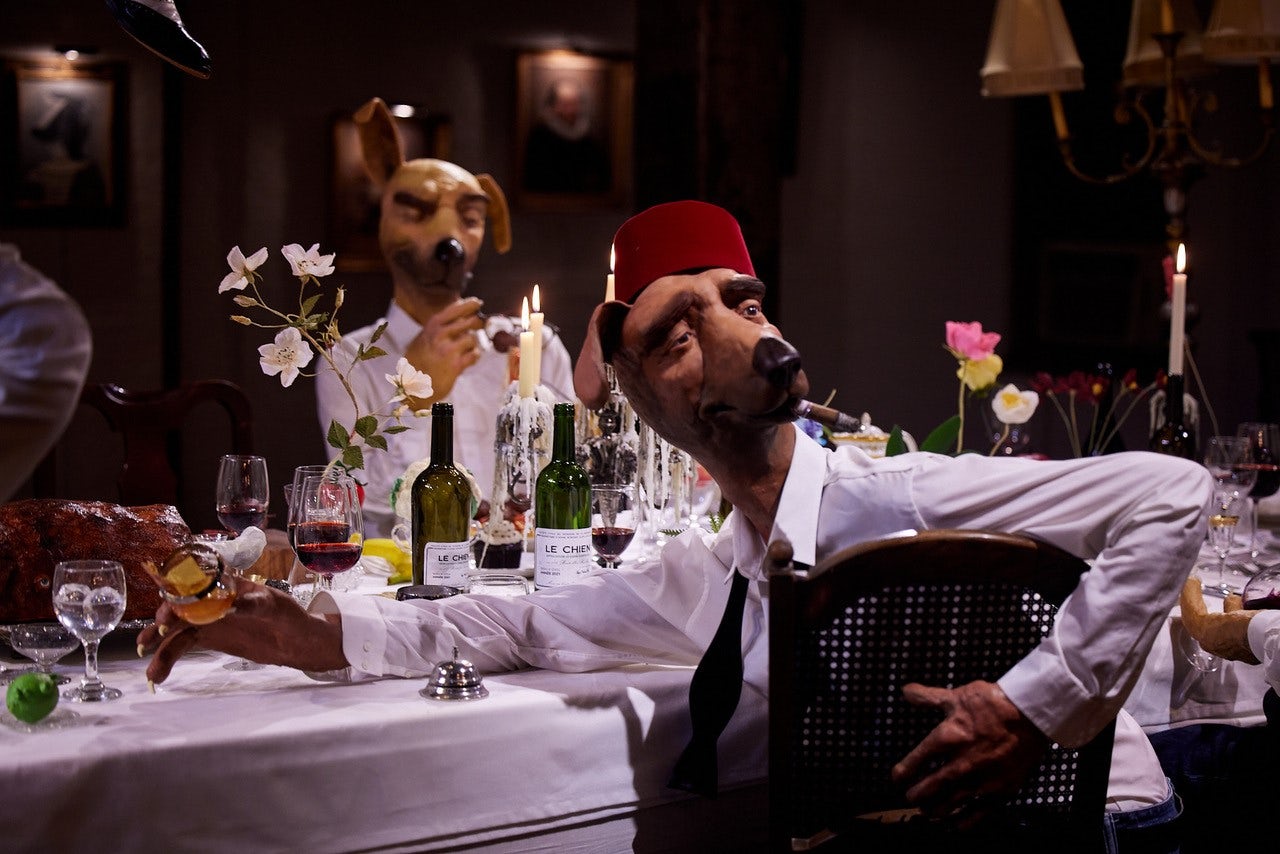 According to an essay on the gallery site, written by Morrison’s friend Emma Sulkowicz, the muse for the central dog comes from close to home. “More so than some of his other artworks, this one references Stephen’s husband, apparent in the dogs’ white button-down shirts, indigo jeans, and deep, glistening eyes,” writes Sulkowicz. “The room itself reveals his opulent yet discerning taste…. Each dinner guest is not so much a representation of him as an amalgamation of the ways folks might conduct themselves – or hyperbolic versions of the ways that we have conducted ourselves – in his presence. While a good party is about getting along and having a nice time, a great party, this party, is a needed catharsis so tremendous that only dogs could truly express it.”

There are of course historical precedents for Morrison’s concept, from Cassius Marcellus Coolidge’s kitsch paintings of dogs playing poker to the many photos of dogs that look like their owners (Gerrard Gethings’ series in this vein is even available as a memory game). Yet Morrison’s installation is an enjoyably over-the-top take on the theme that will likely prove appealing to fans of both art and dogs alike. 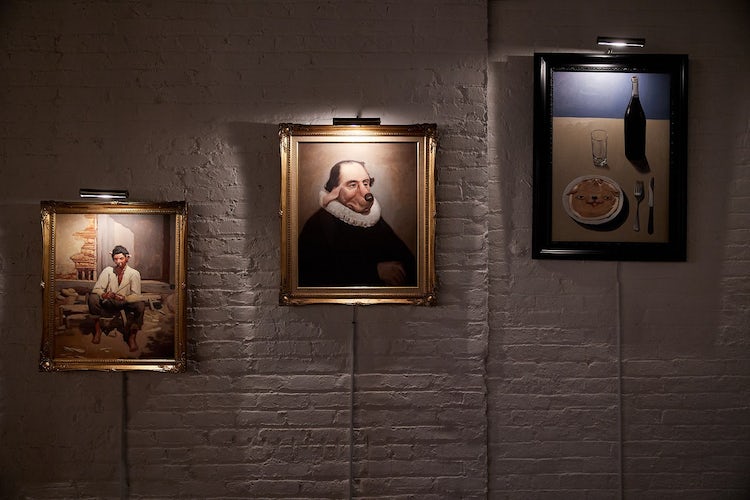 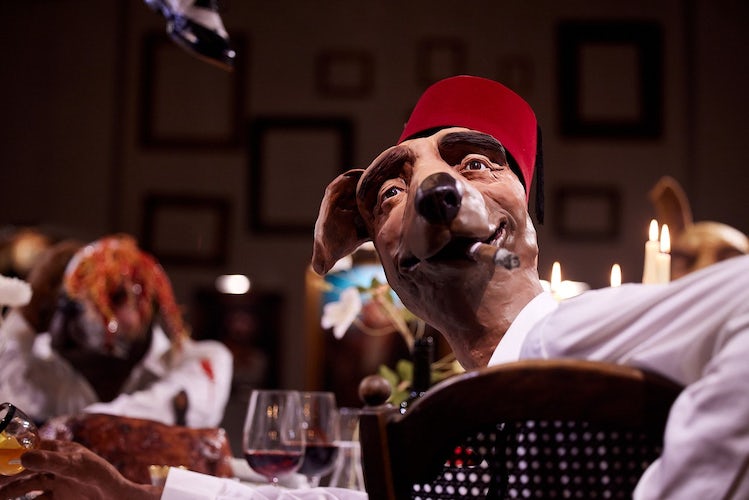 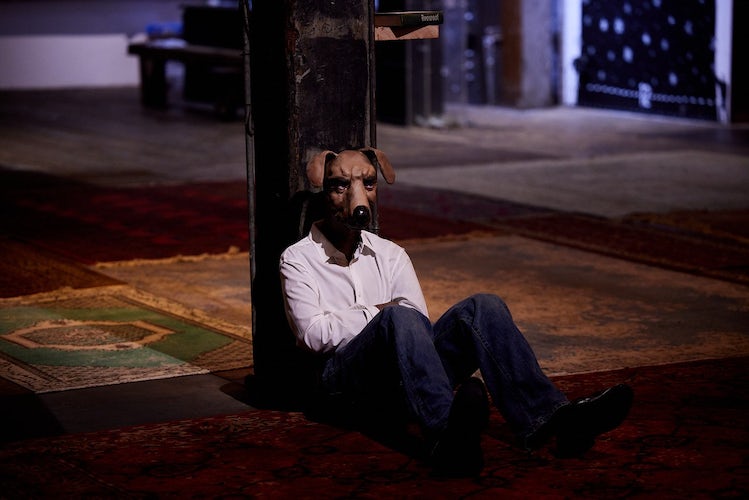 Dog Show #1: The Dinner Party by Stephen Morrison is on at the Invisible Dog Art Center in Brooklyn, New York until October 10; theinvisibledog.org