The NYT has published obituaries since its founding in 1851. Yet, by its own admission, it has neglected to include written tributes to several hugely significant female artists, writers, activists, scientists and athletes over the years.

Many of the 15 names included within the Overlooked site will be more than familiar to people. Remarkably, figures as significant as mathematician Ada Lovelace, novelist Charlotte Brontë, photographer Diane Arbus, Bollywood star Madhubala and the writer and poet, Sylvia Plath were never honoured in print. 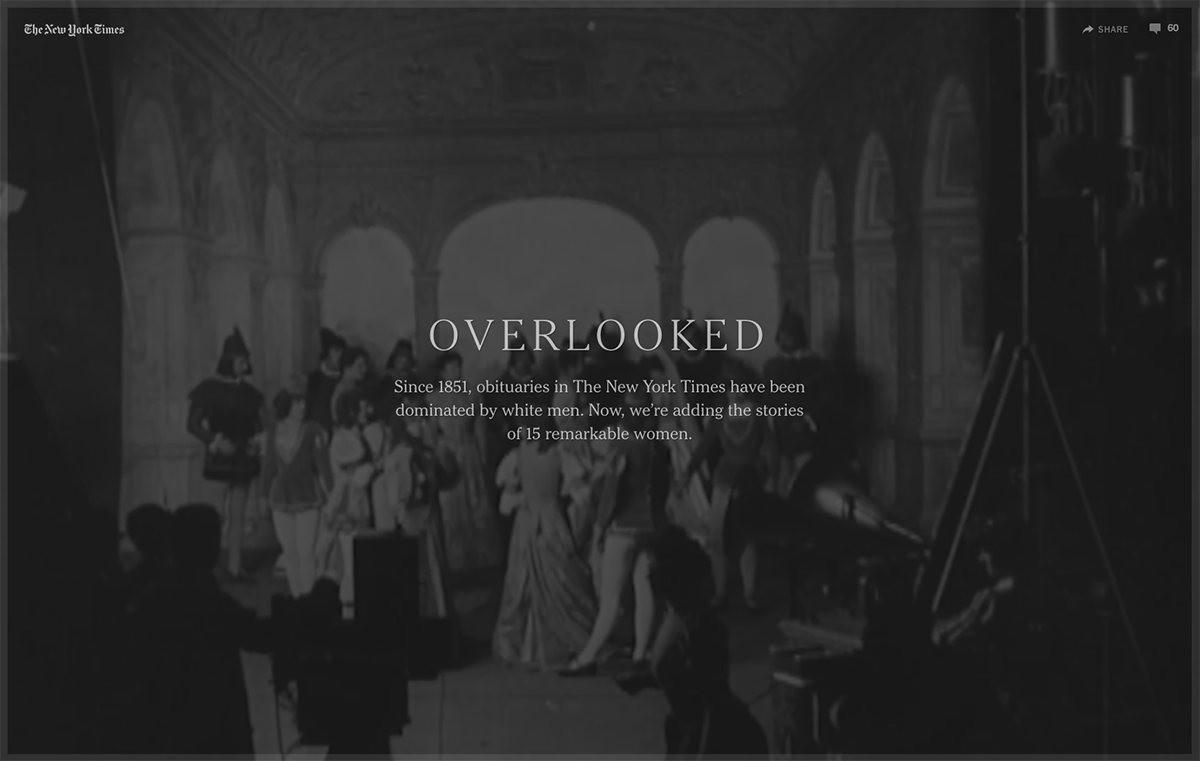 In fact, the contemporary statistics remain startling. The newspaper’s Jessica Bennett, Gender Editor of The Times and Amisha Padnani, an Editor in Obituaries, say that of the thousands of obituaries published in the NYT’s history “the vast majority chronicled the lives of men, mostly white ones; even in the last two years, about 20% of our subjects were female.

“This series recalls the stories of those who left indelible marks but were nonetheless overlooked.”

Launched on International Women’s Day, the project is set to roll-out over the year and will expand, says the newspaper, to “include others who were overlooked, especially people of colour, with new obituaries published every week”. 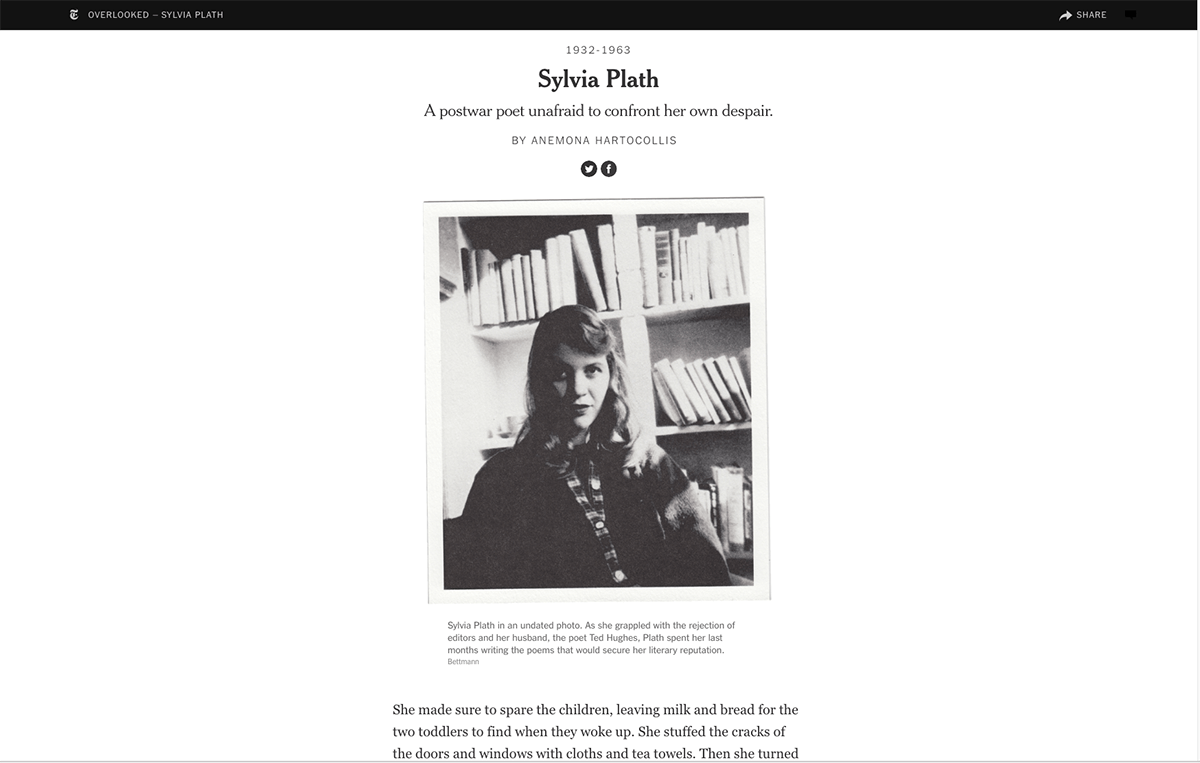 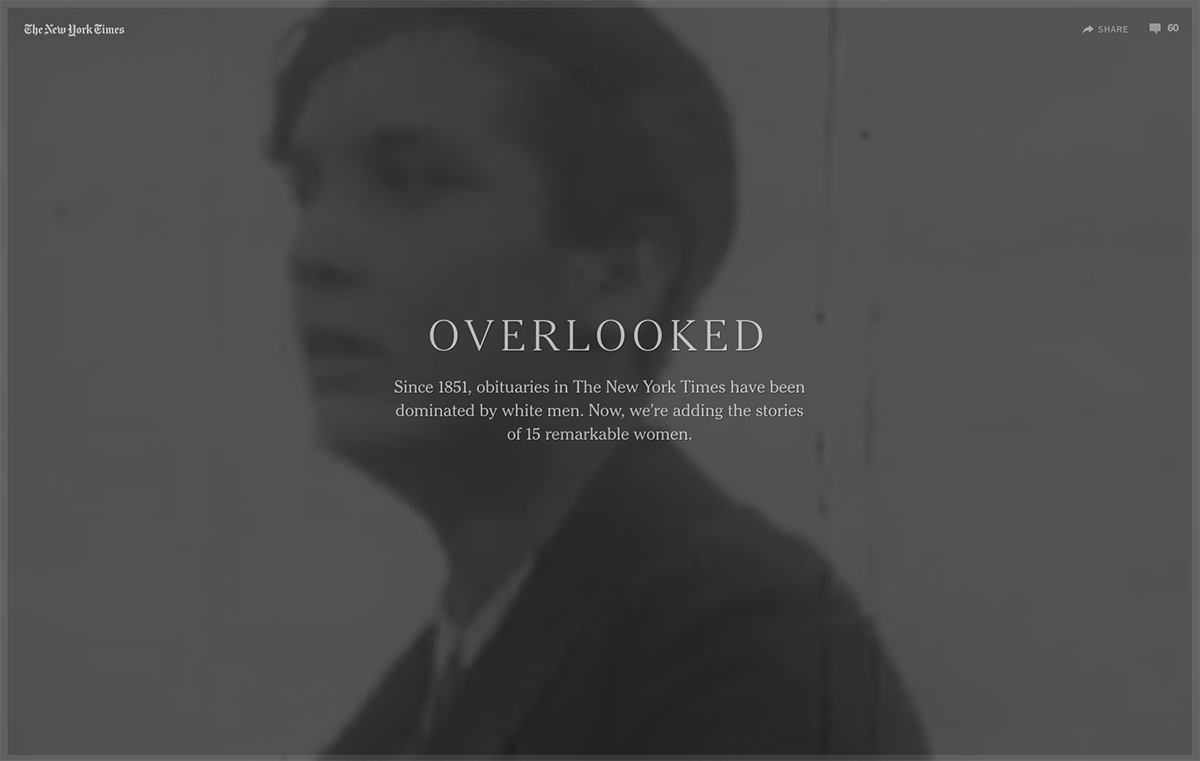