Much of photographer Nick Waplington’s past work has been rooted in a particular era or cultural movement, such as that of Living Room, his Thatcher-era series portraying working-class life. However, his new photo book Hackney Riviera sees him erase contextual clues in favour of a more ambiguous documentation of life in east London. Waplington suggests that the timelessness may have something to do with the absence of phones as the Riviera swimmers take a dip. And perhaps it’s also to do with the warm hues and soft grain from his old Fujifilm camera.

“I’ve been using [these cameras] since I was a child, and somehow I always return to them as they work so well for me,” Waplington says. While he’s experimented with digital in the past, he’s always felt more in control with film, which he says handles the mixed light better. “I’ve had a 40-year love affair with Kodak 400 ASA colour film – I know how it responds to many different situations. The light in these pictures is what makes them so visually stunning so I needed to get it right.” 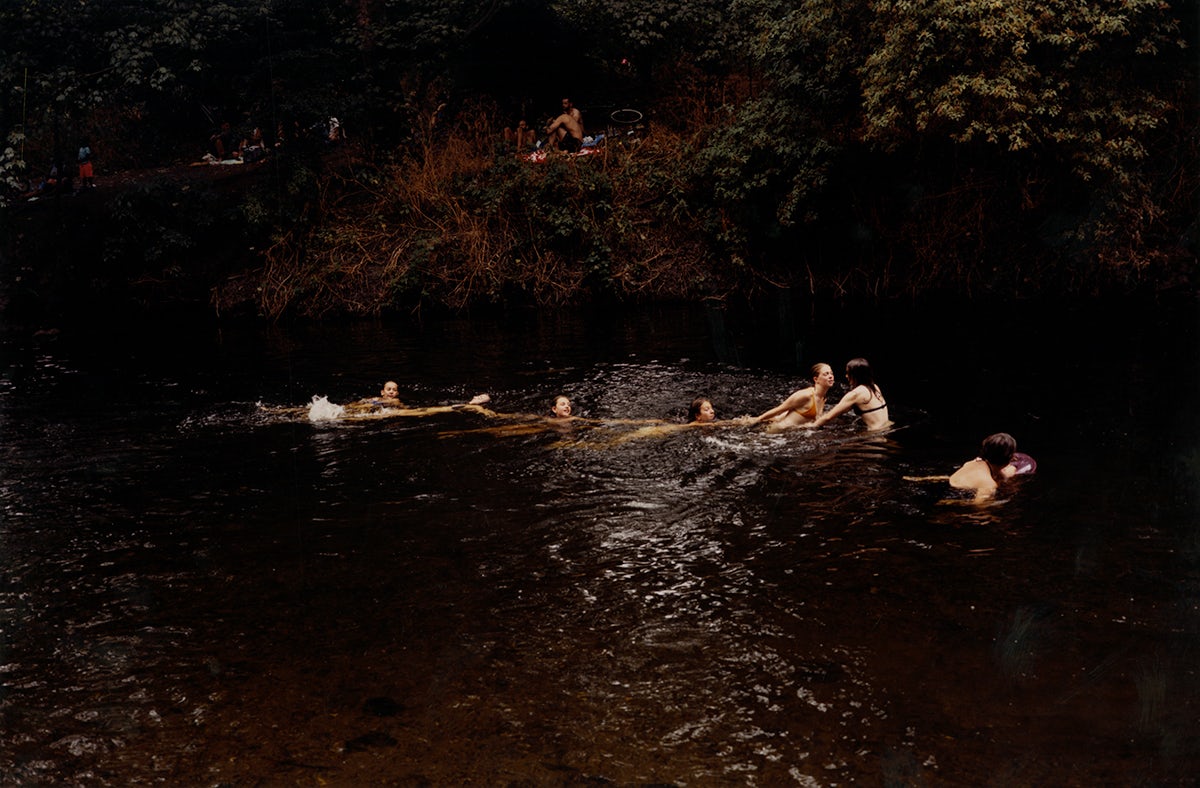 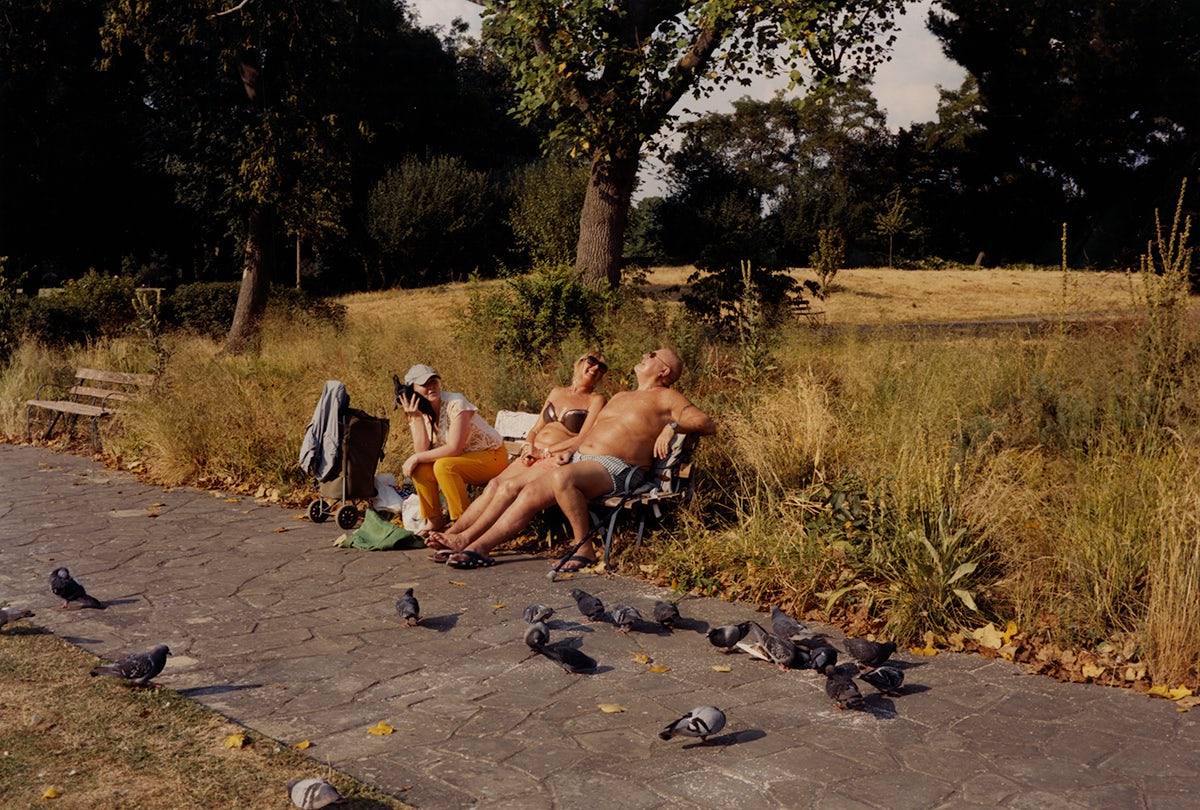 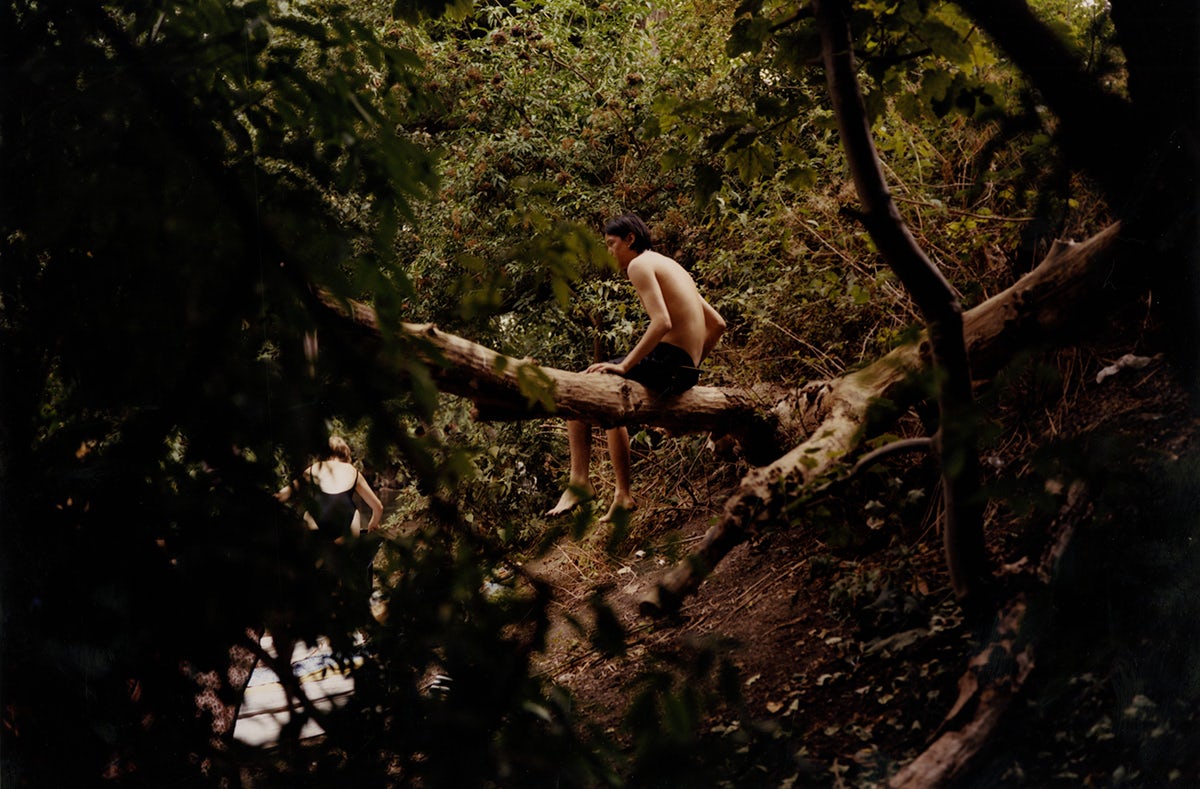 The series was shot throughout the summer of 2018, while the World Cup was in full swing against a backdrop of endless political tension. While the waters might be dark and murky, the photographs capture moments of joy and a freedom of spirit, testament to the optimism within local community.

Hackney Riviera is a pocket of the River Lea that’s only a few minutes’ cycle from Waplington’s studio. Being a local meant that he generally knew the people he captured on film, and in turn it was all very relaxed. “There was one time I did get hassle from someone and I was suddenly surrounded by a group of people who I didn’t know telling the dude that they knew me and to leave me alone, which was very reassuring in this day and age,” he recalls. “This work is about community in many respects and I really felt the love at that moment.” 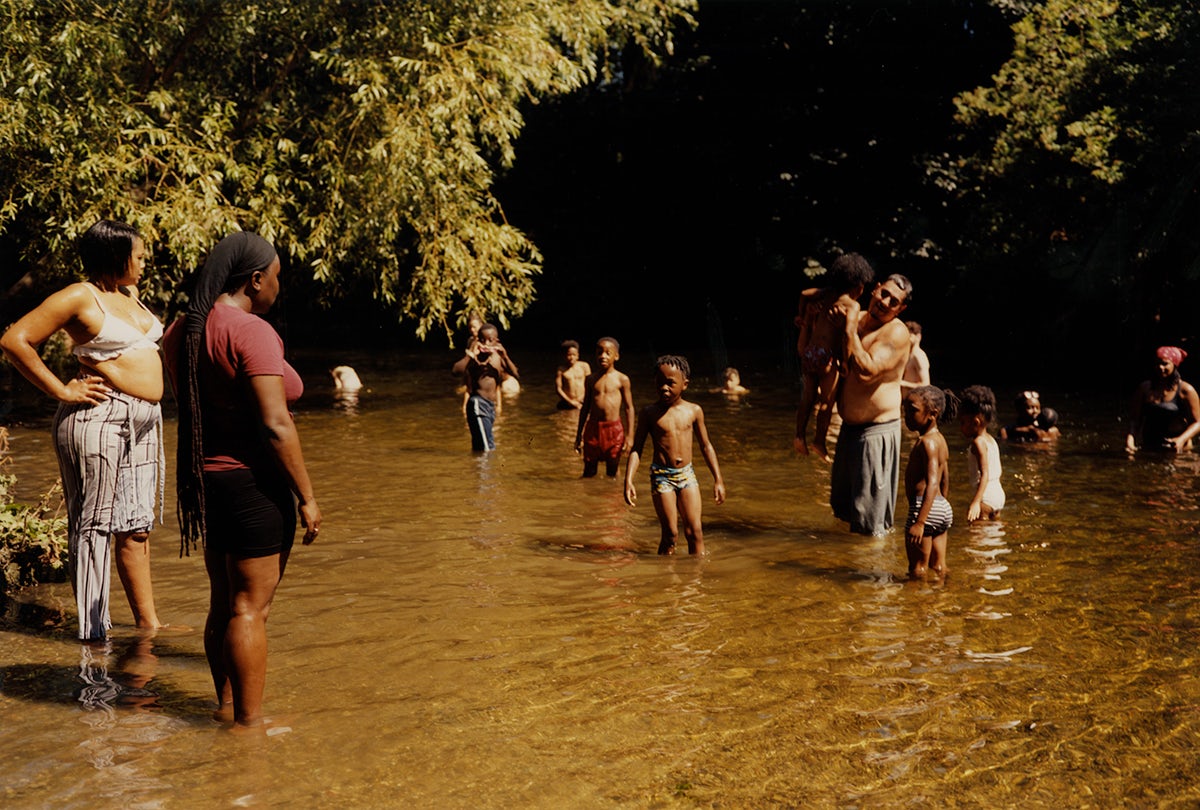 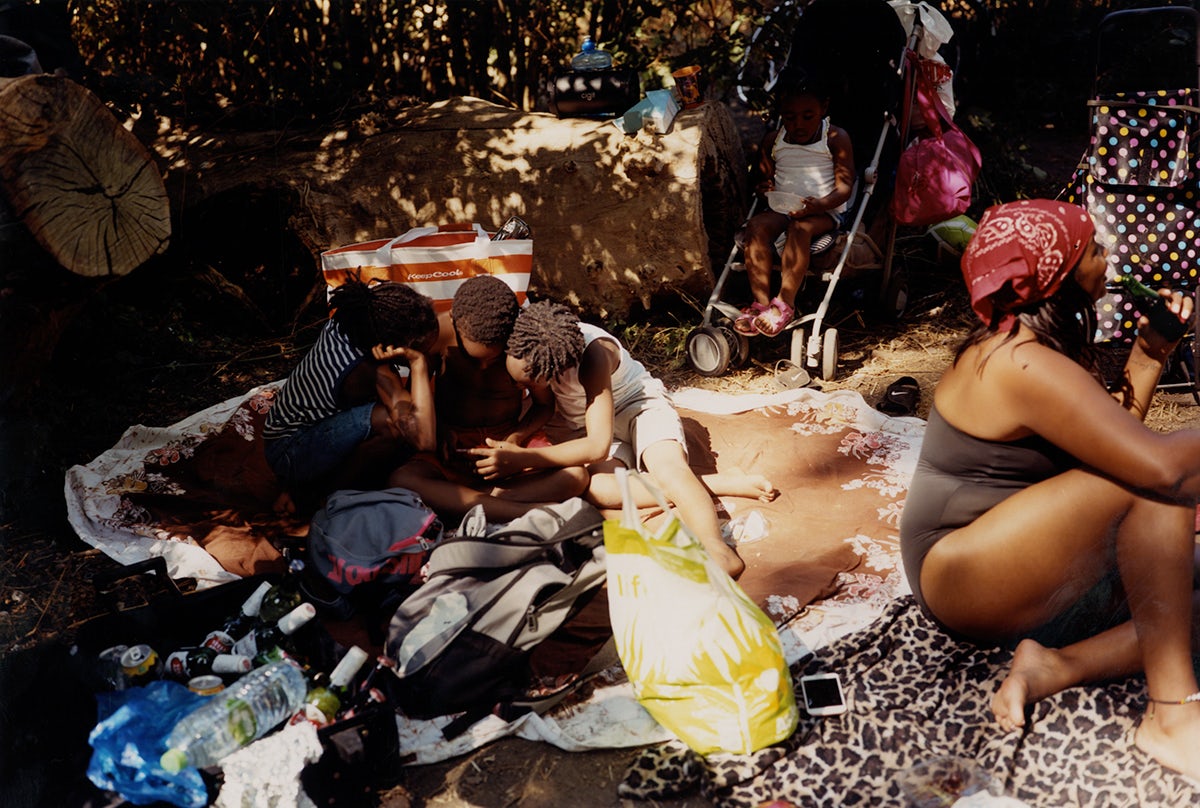 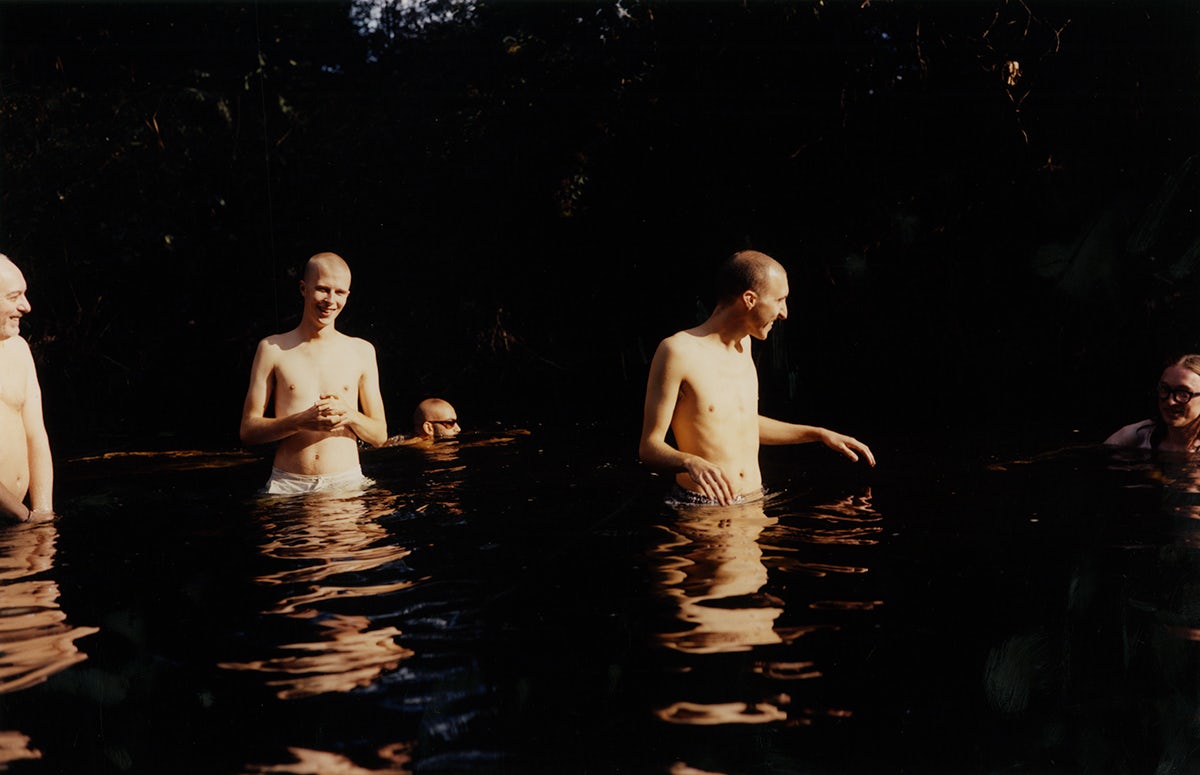 As with most hidden gems, there’s always a risk that they lose their mystery as the world catches on to their beauty. While Waplington is naturally eager to preserve some of the secrecy around the Hackney Riviera, he notes that it’s a bit of an inevitability given the influence of social media. As for his book, its contribution serves as a time capsule of sorts: “I feel that in the future my work will be a testament to a time and place, and I can only be happy about that.”

Though they were taken last year, Waplington felt a sense of urgency regarding the series, and in turn launched his own publishing house, Jesus Blue, as a solution to the long lead times with larger publishers. Jesus Blue was co-founded by art director and close friend, Jonny Lu – who also worked on the book’s design alongside Nina Fourie – and will be publishing its second title later this month. 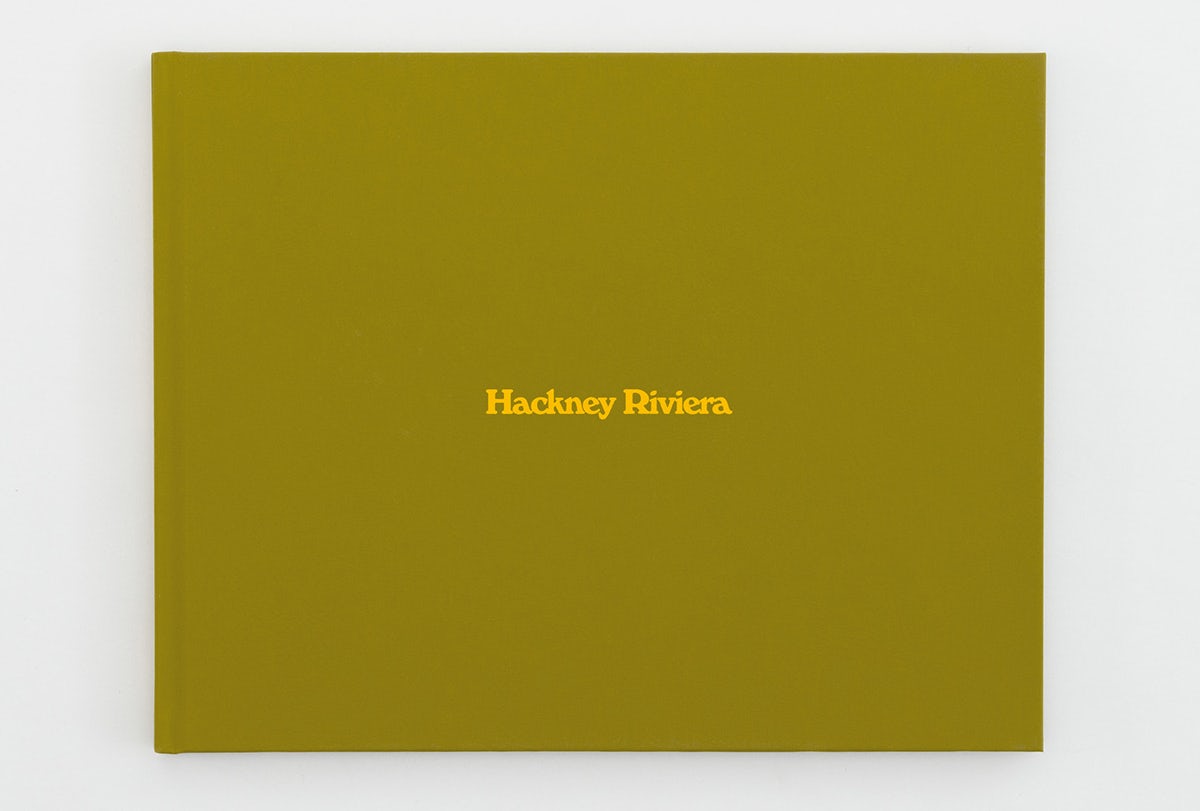